BACK TO ALL NEWS
Currently reading: 2019 McLaren F1 to feature new hybrid tech
UP NEXT
New Kia EV9 primed as premium electric range-topper

The three-seat £2m hyper-GT will be the first McLaren to feature a new chassis, as well as new hybrid tech
Open gallery
Close

McLaren has previewed the styling of its three-seat homage to the F1 road car for the first time.

The new model will eclipse the P1 as the most powerful road-legal McLaren yet when it arrives in 2019. The new model, codenamed BP23, will slot into McLaren’s Ultimate Series — the range-topping tier for its most exclusive models — and is billed as a ‘hyper-GT’. It will bring hybrid technology back to a McLaren for the first time since the P1, ahead of a roll-out of similar technology across its mainstream models in 2020.

The BP23 will also introduce elements of McLaren’s next-generation carbonfibre structure, which will be built in Sheffield from 2020 and is expected to enable McLaren to build more diverse and distinctive models. 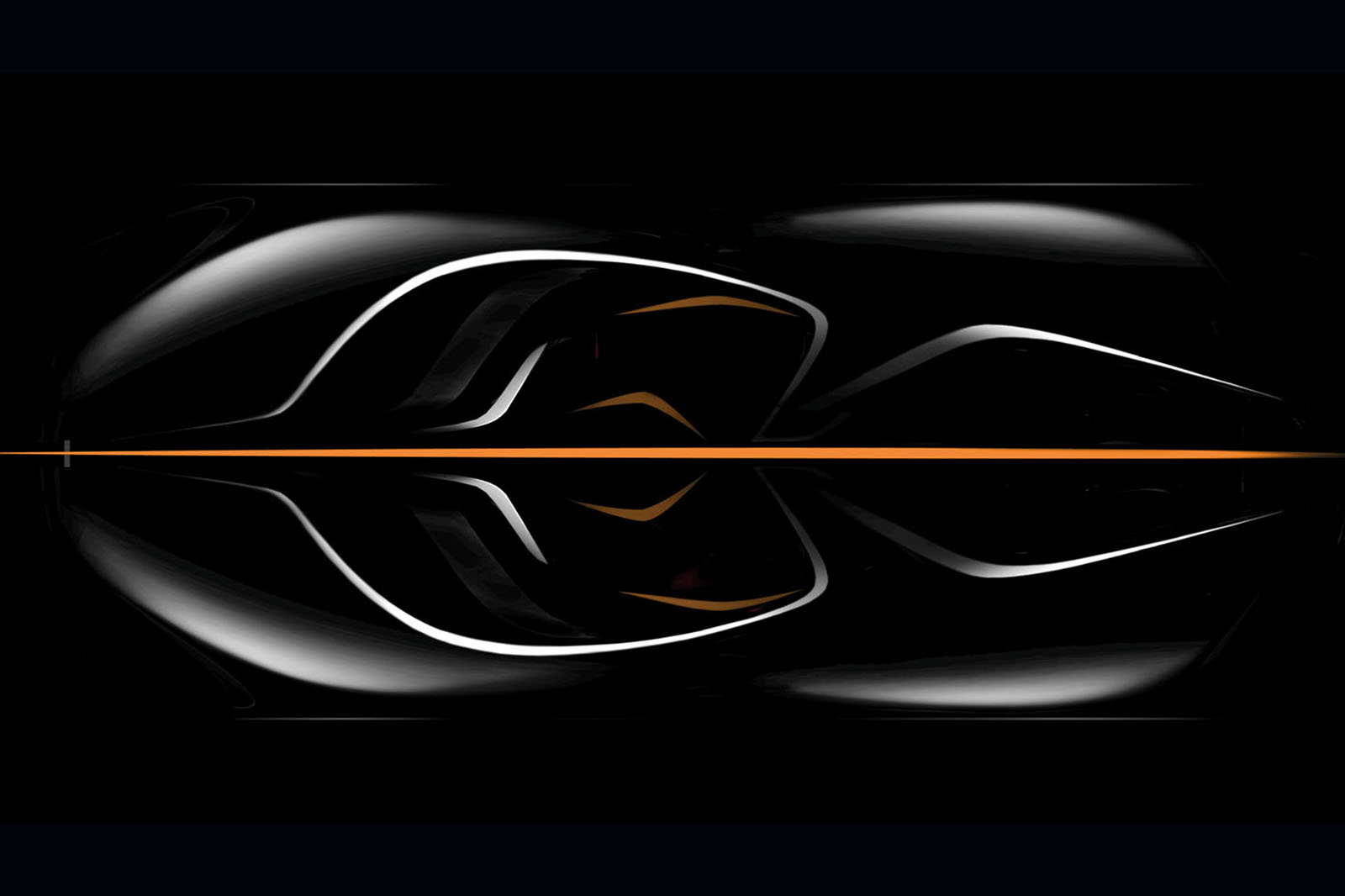 McLaren has written to the 106 customers whose applications to buy a BP23 were successful. The car will cost an estimated £2 million. The company has also shown them the first image of the car, a view of the rear that shows off the coupé-only BP23’s super-slippery shape. A coupé is considered by McLaren to be the only body style that suits its Ultimate Series GT car.

McLaren has said it expects half of the models it builds to incorporate some kind of hybrid power system by 2022. The first of these new-generation hybrids will be the BP23, a model that will have more than the 903bhp of the P1 thanks to the combination of McLaren’s new twin-turbo 4.0-litre V8 and electric propulsion.

McLaren boss Mike Flewitt said: “If you think that the base engine that went into the P1 has now developed into the 4.0-litre in the 720S, then that side [of the powertrain] will clearly evolve.” Flewitt also confirmed the BP23 will use a higher-performing battery pack than the P1.

Watch us drive the original McLaren F1 flat out at 243mph

But the company’s other hybrid system will have a bigger impact. Flewitt confirmed it will be launched across an entire model range. Autocar understands this will be the next Sports Series model, which, based on McLaren’s disclosure of when its new carbonfibre facility in Sheffield will go on stream, is expected in either late 2020 or early 2021.

Autocar understands this car will switch to a downsized turbocharged V6 that will work in conjunction with the electric aspect of the powertrain.

Although Flewitt refused to be drawn on cylinder count, he said there is no ideological barrier to smaller engines at McLaren. “For us, it’s all about attributes,” he said. “If we can get the performance, it doesn’t matter if it’s 12 or 10 or eight or six. We’re not wedded to cylinder count, but we are wedded very much to performance and excitement.”

Flewitt is determined to claw back as much of the hybrid system’s extra weight as possible. A smaller engine is an obvious way of doing that.

“With the P1, hybridisation added about 140kg,” he said. “To be weight neutral, we’ve got to take out about 140kg. That’s pretty hard, but if we can get close, we can have both the weight benefit and the performance benefit.”

Flewitt said the BP23 will be a totally different proposition from the P1 (pictured below), its immediate predecessor in McLaren’s Ultimate Series. 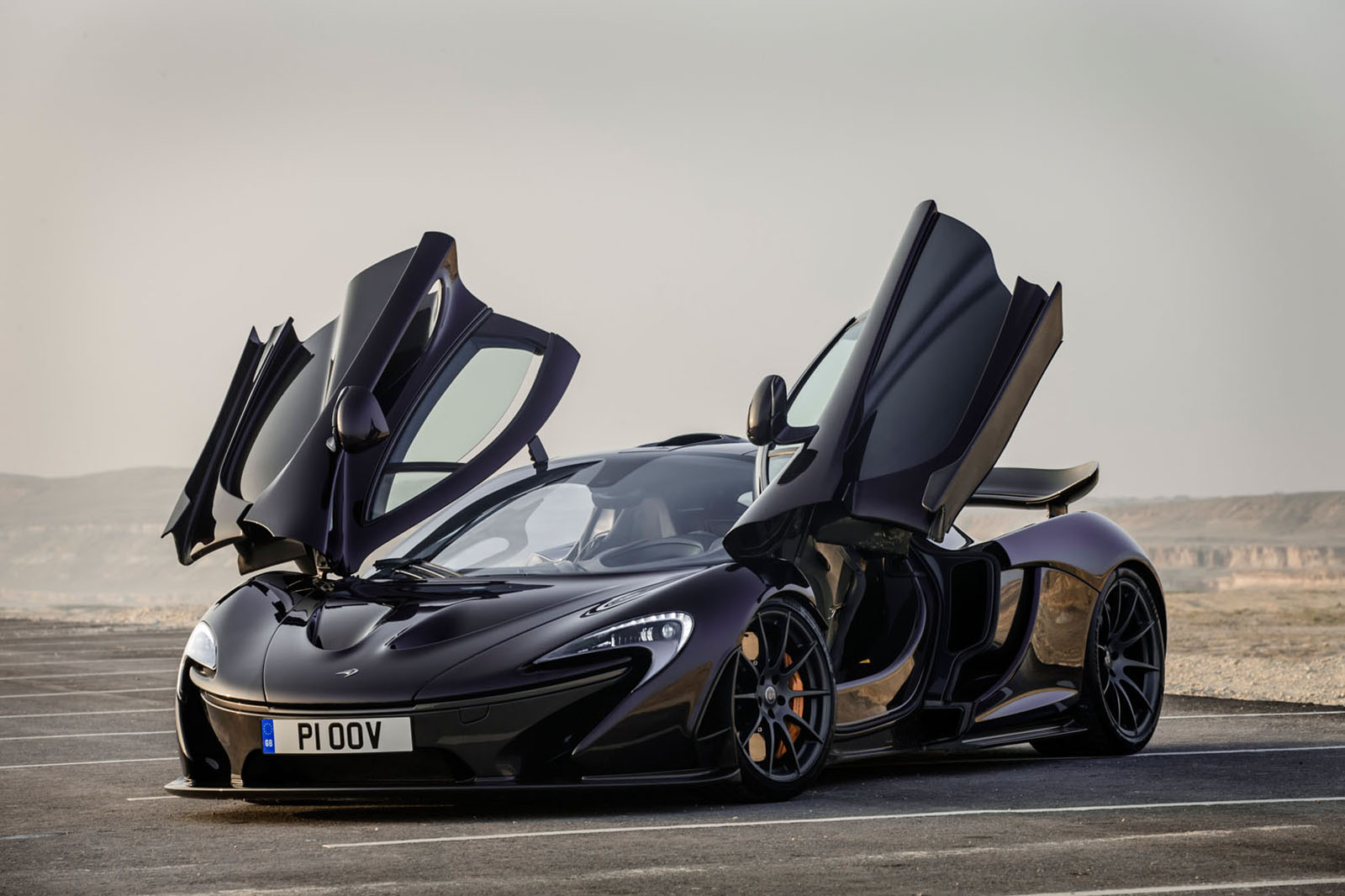 Whereas the P1 was pitched as the ultimate sports car, the BP23 will be all about supreme levels of on-road performance and usability. It will be an “incredible road car”, according to Flewitt, rather than being designed to lap a circuit quickly. This means the suspension and aerodynamics will be optimised for covering long distances quickly and in comfort, and not compromised by a need to perform on a track.

Flewitt said only Bugatti had made cars to a similar brief in recent times. “With the exception of Bugatti, people who create high-performance cars make them for track,” he told Autocar at the recent Geneva motor show.

Talking about the differences between the P1 and the BP23,  Flewitt said each Ultimate Series model will have its own unique positioning and purpose and the BP23 will have “a different impact” from the P1.

There will not necessarily always be an Ultimate Series model in production, either, hence the interval between the end of P1 production in 2016 and the arrival of the BP23.

Despite being a three-seater, the carbonfibre-bodied BP23 is not being pitched as a replacement for the threeseat F1, but more an homage to it. On its three-seat layout, Flewitt said a lot of work had been done to make access for the driver as easy as possible and it was “very different technically” from the F1. The driver’s seat will be full-sized and the two passenger seats either side of it will be slightly smaller, but still capable of accommodating adults.

Flewitt said: “It can be difficult to get into the central seat in a three-seater, but this is more accessible than the F1.”

The production run of 106 units is the same as the original F1’s and customers were chosen by McLaren for their loyalty to the brand and as people who regularly drive their McLarens rather than own them as investments. 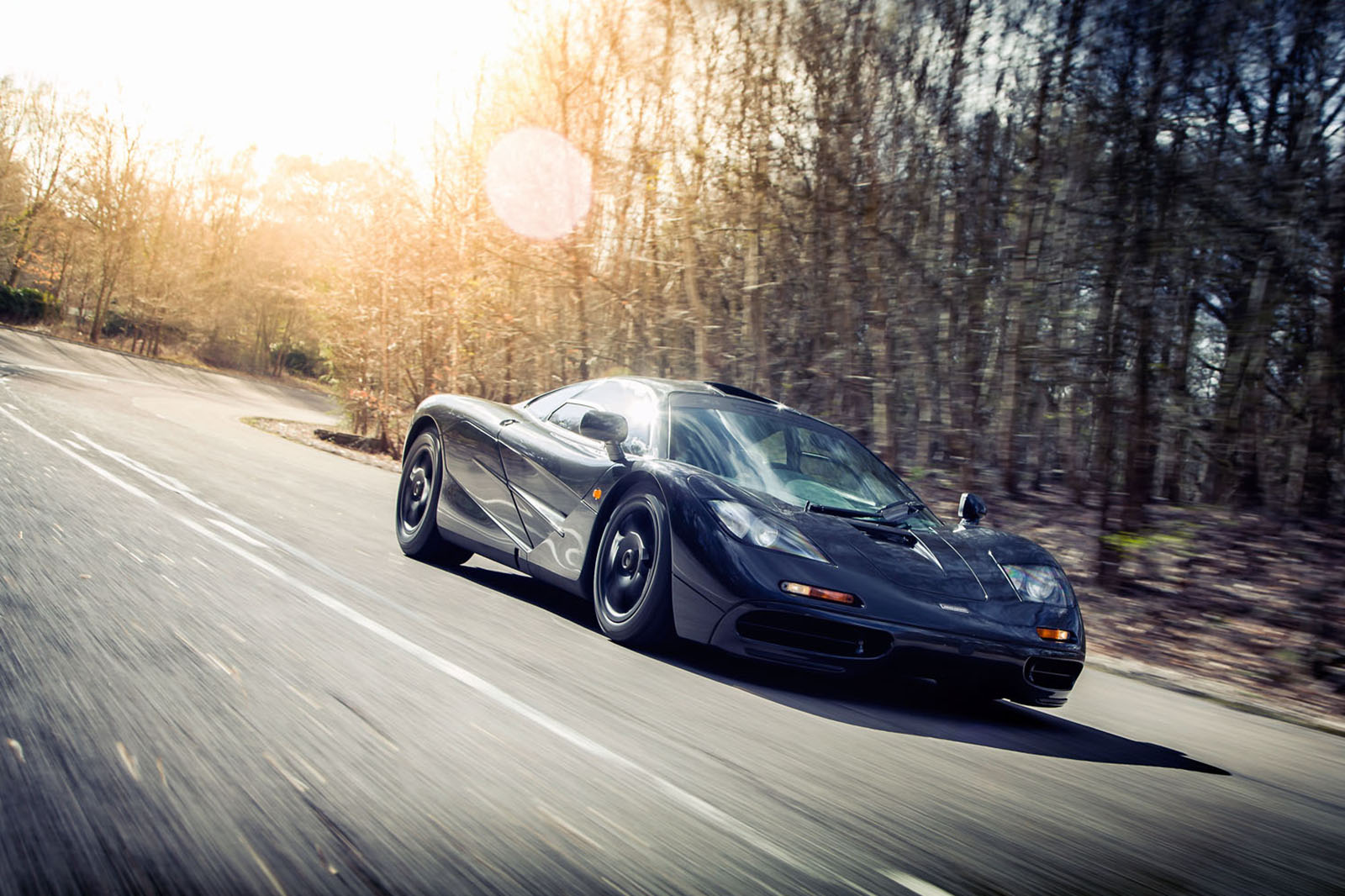 “It’s not gone to people who just own P1s,” said Flewitt. “I want people who’ve had the 570S, 650S, 675LT and so on, and who are using them. It’s people who are loyal to the brand and using the cars who have the opportunity to buy [the BP23], not those who want the car for a collection, or to have the latest thing, or to speculate on the price. It is going to people who enjoy it.”

The car is being designed and developed by McLaren’s usual road car team, but each model will then be handed to McLaren Special Operations (MSO), headed by Ansar Ali, who has previous experience with Caterham, Lotus and Zenos. Ali will work with each customer to personalise their cars, ensuring no two models are the same.

Comment: why McLaren Special Operations is important for the firm

The ‘BP2’ in the car’s codename signifies that this is the second bespoke product to come from MSO and the ‘3’ refers to its three seats.

The BP23’s carbonfibre structure will incorporate elements of the new one being developed for production in 2020 at McLaren’s new Sheffield manufacturing facility, but it will also retain the bulkheads from McLaren’s existing structure. 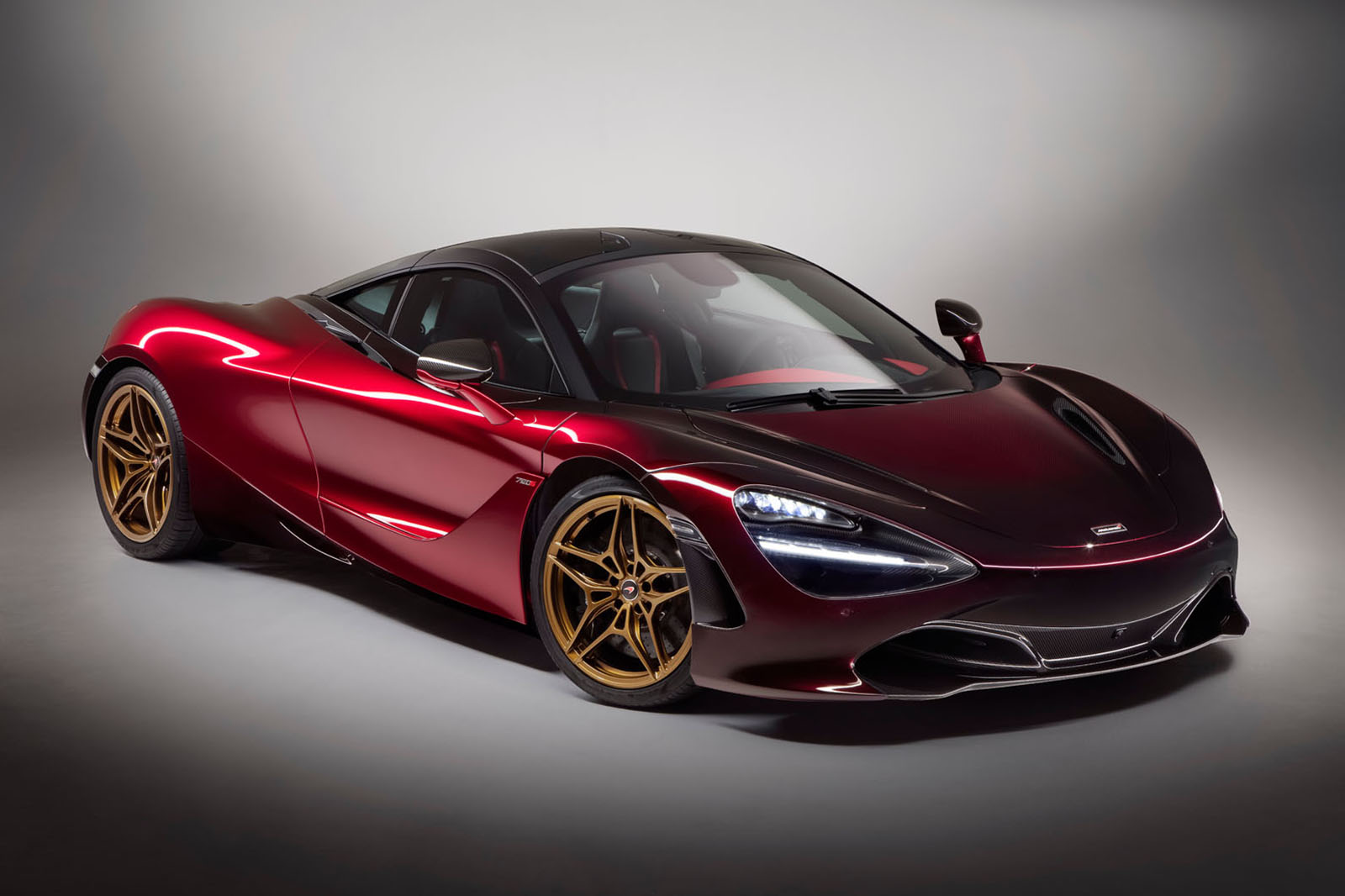 McLaren has confirmed that its next generation of carbonfibre tubs will give it a much more flexible architecture than its current structures. That throws up the possibility of differently sized cars — or even more radical changes.

The company has built all of its road cars since the launch of the MP4-12C around either the original Monocell or an evolution of it. Although the new 720S has switched to the Monocell II, with a carbonfibre upper structure, the tub’s basic dimensions remain unchanged.

However, Flewitt has confirmed that won’t be the case for the tubs built at the company’s new Sheffield facility. The new tub will lose the fixed ‘hard points’ and distance between bulkheads of the current Monocell and Monocage structures.

“It’s going to evolve,” he said. “It’s lighter and stronger and there are more opportunities for different forms and packaging.”

Flewitt said the flexibility will be necessary to package the components of its forthcoming hybrid models, but it will also allow McLaren to make bigger changes — potentially even adding extra seats. The BP23 has a three-seat configuration but Flewitt said we could see more — or fewer — in future.

“We’ve had people internally speculating about a single-seater as a track car,” he said. “Would we go to a 2+2 or a four-seater? I wouldn’t rule it out, although it isn’t on the plan today. But as the brand grows, maybe. If you look at the 570GT that we launched last year, it’s a superb GT car. In that segment, maybe there’s scope to grow and offer more occupant space.”

Either McLaren knows what a GT is or everyone else does, but both cannot be right. My money is on whoever thinks somewhere to stow a weekend's luggage for two is a basic requirement and possibly a golf bag or a pair of guns.
bomb 22 March 2017

One for the speculators, all

One for the speculators, all 106 are pre-sold. Despite the rivalry McLaren seem to catch on quickly with Ferrari's tactics of offering new cars to existing customers before they are announced. It's effectively a closed market that ensures the values of the small number of cars produced.
fadyady 22 March 2017

Homage to the F1

There will never be another F1. This may have more power and the latest tech hybrid and otherwise but it will not possess the raw factor that has turned the F1 into sort of a mythological car. McLaren giving preference to buyers who will drive rather than just add it to their collection is part of the charm of this amazing brand.
GODFATHER 22 March 2017

There will never be another F1. This may have more power and the latest tech hybrid and otherwise but it will not possess the raw factor that has turned the F1 into sort of a mythological car. McLaren giving preference to buyers who will drive rather than just add it to their collection is part of the charm of this amazing brand.

It's suppose to be a homage.