Kia will expand its already diverse Ceed line-up with a fourth bodystyle, the Xceed crossover, which has been shown in an image ahead of its unveiling later this month.

The Xceed will sit alongside the existing Kia Ceed hatchback, Ceed Sportswagon estate and Proceed shooting brake when it goes on sale later this year. More of a Ford Focus Active rival than a fully-fledged SUV, it sits between the smaller Kia Stonic and mid-size Kia Sportage.

The new Kia Xceed has now been revealed in full. Click here for the full story

The side profile shot reveales that the Xceed is similar to the hatchback fore of the B-pillar but has more prominent shoulders, a chunkier rear-end and a sloping roofline. It also features the typical plastic lower body cladding and larger wheels.

Kia claims the new Xceed "represents a sporty alternative to traditional larger SUVs", with an elevated ride height but a lower hip point than cars like the Sportage giving a sportier driving position and better handling. 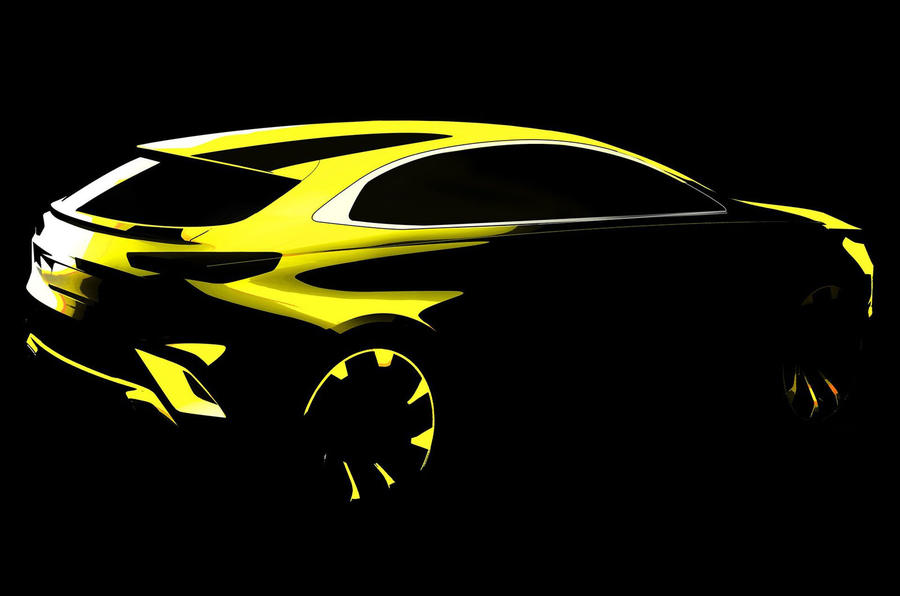 Kia Motors Europe COO Emilio Herrera said the Xceed is "more innately desirable than many taller, larger SUVs". He continued: "Yet it offers this without compromising on versatility, with its intelligent packaging achieving the cabin and storage space of an SUV in a sportier body and more compact footprint".

The Ceed and its crossover offshoot share the same fundamental underpinnings and powertrains. Technical details are unconfirmed, but we expect engine options will include Kia’s turbocharged 118bhp three-cylinder 1.0-litre turbo petrol, 138bhp 1.4-litre turbo petrol and 114bhp 1.6-litre diesel. It's not clear whether the Ceed GT's 201bhp turbo petrol unit will also be offered.

The Xceed's utilitarian design elements are unlikely to be matched with four-wheel drive, because the Kia Sportage 4x4’s drivetrains aren't currently offered in the Ceed.

However, Kia could offer a driving mode selector, which would allow drivers to choose an appropriate set-up for adverse weather or challenging terrain.

Great looking car. I disagree with the poster that said Kia's are boring. Look at the new ProCeed the Ceed GT, the Stinger , this and even the Sportage. They all look great. If you want boring buy something from VAG if you want style buy from Kia or Hyundai.

Surely it is a Merc GLA competitor, or even and X2.

i like the way KIA is trying to find more niches for itself as a credible competitor.

They will be serious rivals when they get the engines and gearboxes sorted.

both Hyundai and KIA are making good cars.

Is that a crossover?

Confirms my suspicion that crossovers are slowly evolving back into ordinary hatchbacks.

Yes, there is a tiny gap

Yes, there is a tiny gap between Kia's existing hatchback and SUV offerings which this slots into, but in reality it's just a slightly podgier hatchback