BACK TO ALL NEWS
Currently reading: First drive: Kia Proceed GT prototype 2018
UP NEXT
Tesla achieves best quarter on record with Q3 performance

This is the new Kia Proceed. It's what you get instead of a Ceed 3dr, which we can’t have any more because nobody buys three-door hatchbacks. That’s the short of things.

So Kia has turned the Proceed into a slinky estate car instead, or shooting brake, if you like. Which Kia is making because shooting brakes are cool. Or will be.

How cool? Kia put a picture of a Reliant Scimitar and Volvo 1800ES up in the press conference to show what inspired it. They reckon it’s so swoon-worthy that by 2020, this bodystyle, of four in total (5dr hatch, wagon and crossover are the others), will account for 20% of all Ceeds sold. The last 3dr was just 5%.

Technical details, then: it’s a Ceed, built in Slovakia on the same line as other Ceeds, with which it shares architecture, technical make-up, interior and wheelbase, but not body panels. Only the bonnet and wings are shared with the 5dr hatch, and the suspension – multi-link at the rear, like all Ceeds – has been given its own tuning. The Proceed is about the same weight as the estate, which is, curiously, around 20kg lighter than the hatch despite being longer.

Of the immediate and non-immediate premium rivals, Kia has identified only Mercedes-Benz as making a car of this size and type – the CLA Shooting Brake – and thinks most sell for a considerably higher price than its plainer hatchback variant. So the Proceed is being offered only in higher specifications (GT-Line and GT only), albeit with a full engine range, from 99bhp through to 201bhp petrols and 114bhp or 135bhp diesels. There’ll be 48V mild hybrid petrol and diesel options from next year.

Kia’s other research has found that owners of cars like this don’t use their rear seats any more often than 5dr hatch owners, but they do use the boots a lot. So the Proceed has 40/20/40-split, one-touch-fold rear seats and a fairly big 594-litre luggage volume with the rear seats in place. That's only 11 litres shy of the Volkswagen Golf Estate’s, although here there is a high load lip.

So far, we’ve driven only a disguised Proceed, but by the time you read this they might have taken the wrappers off. If so, it looks quite good, doesn’t it? 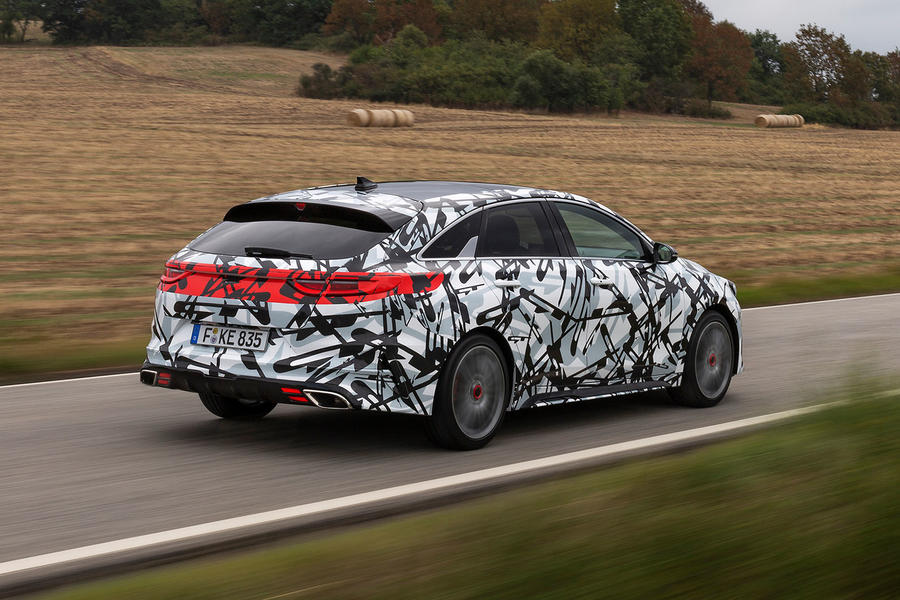 The variant we tested is a GT, meaning it has a 1.6 petrol making 201bhp and here driving through a seven-speed dual clutch transmission – although you can have a six-speed manual.

It’s as premium as Proceeds get, then, right down to the optional Michelin Pilot Sport 4 rubber (225/40 R18), which I can’t imagine too many Proceed owners insisting on getting, or certainly replacing like-for-like down the line, regardless of how much Kia says it has worked on the car's ride and handling.

Which, to be fair, it has. The 5dr Ceed is among the three nicest cars in the class to drive, and the Proceed isn’t so different to that. The ride’s flat and reasonably compliant, with only harsher potholes causing it any particular trouble. The car steers pleasingly too: it's medium weighted, it's linearly responsive and it has the ‘right’ amount of self-centring and torque build-up as you move away from straight. Kia hasn’t chased being too ‘sporty’ or too dynamic; it’s just a pleasingly judged compromise between comfort and control. That aspect of this late prototype car was finished.

Less finished, I think, was the powertrain. It’s fine, but it feels like it needs more tweaking to smoothen the throttle response. There’s a good amount of torque through the rev range, but a gravelly tone to the engine note, which hardens and booms if you press the Sport mode: there’s a flap in the exhaust and a bit of electronic amplification.

The overly sharp throttle response at that point makes steady inputs difficult, and if you assume control of the gears yourself via the paddles, while shifts are quick, the car’s desperate to tell you what gear it thinks you should be in for maximum economy, but that overlays the display of the gear you’re actually in, unless you’re at full throttle or full lift-off - which is odd. There’s a bit of work to do still, then.

Ditto with the interior, but only because of the untextured surface of a few unfinished production tools on our test car. The Proceed’s interior is otherwise pretty good: sensibly laid out, with softer touch materials where you’d expect them. There’s no great amount of flair inside, but the driving position is good and, despite the rakish roofline, there’s decent space in the back, too. 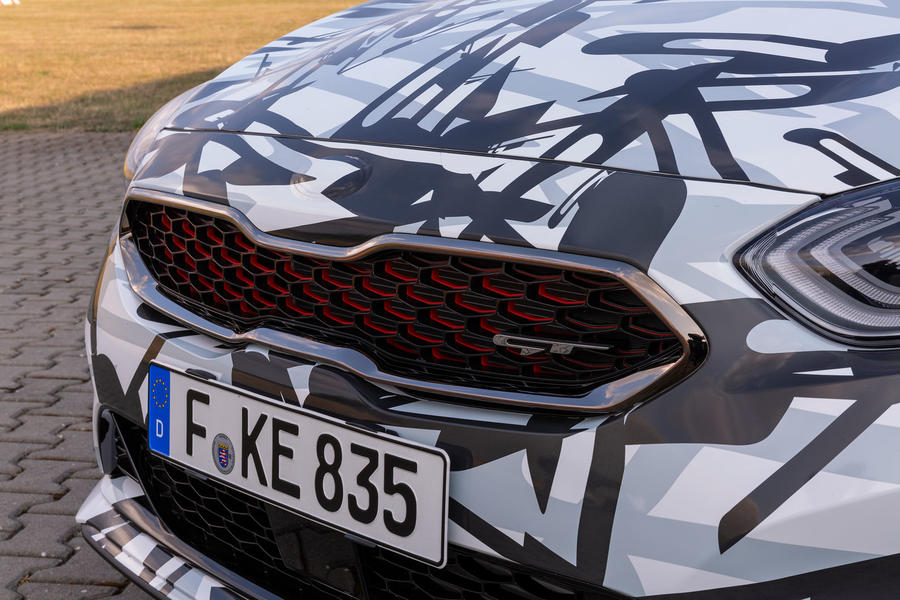 Kia won’t announce prices for the Proceed until closer to its launch next spring, but it’s a fair bet it’ll be more expensive than the regular wagon. Which means you’re paying for what? It’s not space, it’s not economy, it’s not markedly different driving dynamics and it’s unlikely to be huge amounts more kit than more mundane models get.

Which means you’re paying for extra style. Who the hell would do that? See how many crossovers and pseudo-SUVs there are and you get your answer. The sporting estate could be the next new niche.

Early verdict: As good to drive as regular Ceeds, with added space and style. 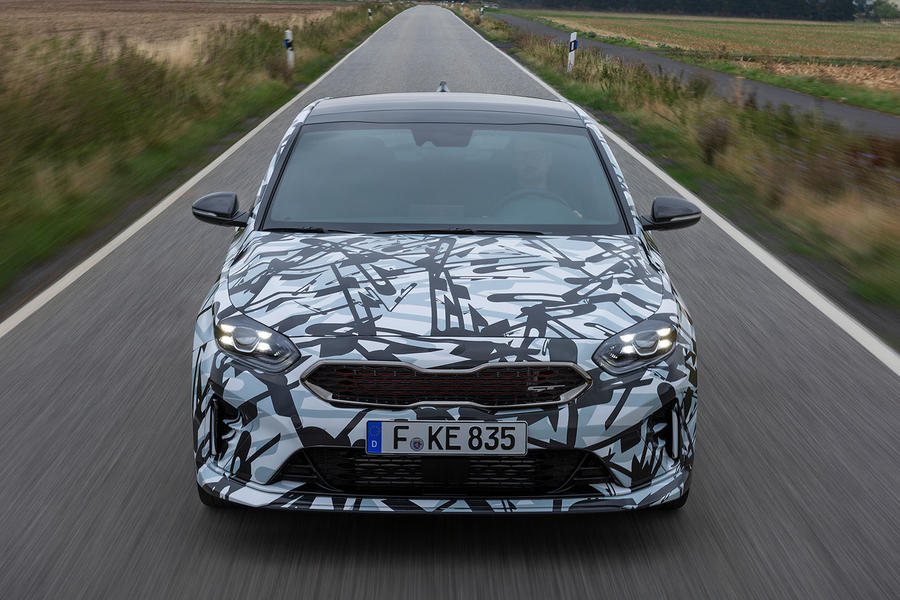 I feel sorry for all the

I feel sorry for all the drivers of 3-door hatchbacks I see around. They obviously were forced to buy them at gunpoint.