BACK TO ALL NEWS
Currently reading: 2018 Porsche Cayenne - first official pic shows Macan influence
UP NEXT
How Matt Windle is putting Lotus back on the map

The next Porsche Cayenne will have a design influenced the Macan, as shown by the first official picture released ahead of its reveal on 29 August.

Earlier sightings of development cars show that it will also inherit a new tail-light strip that connects both back light clusters from the 911.

The light design is a significant change from the more conventional lights of the 2018 model's predecessors, although elsewhere the new Cayenne's look is more familiar. 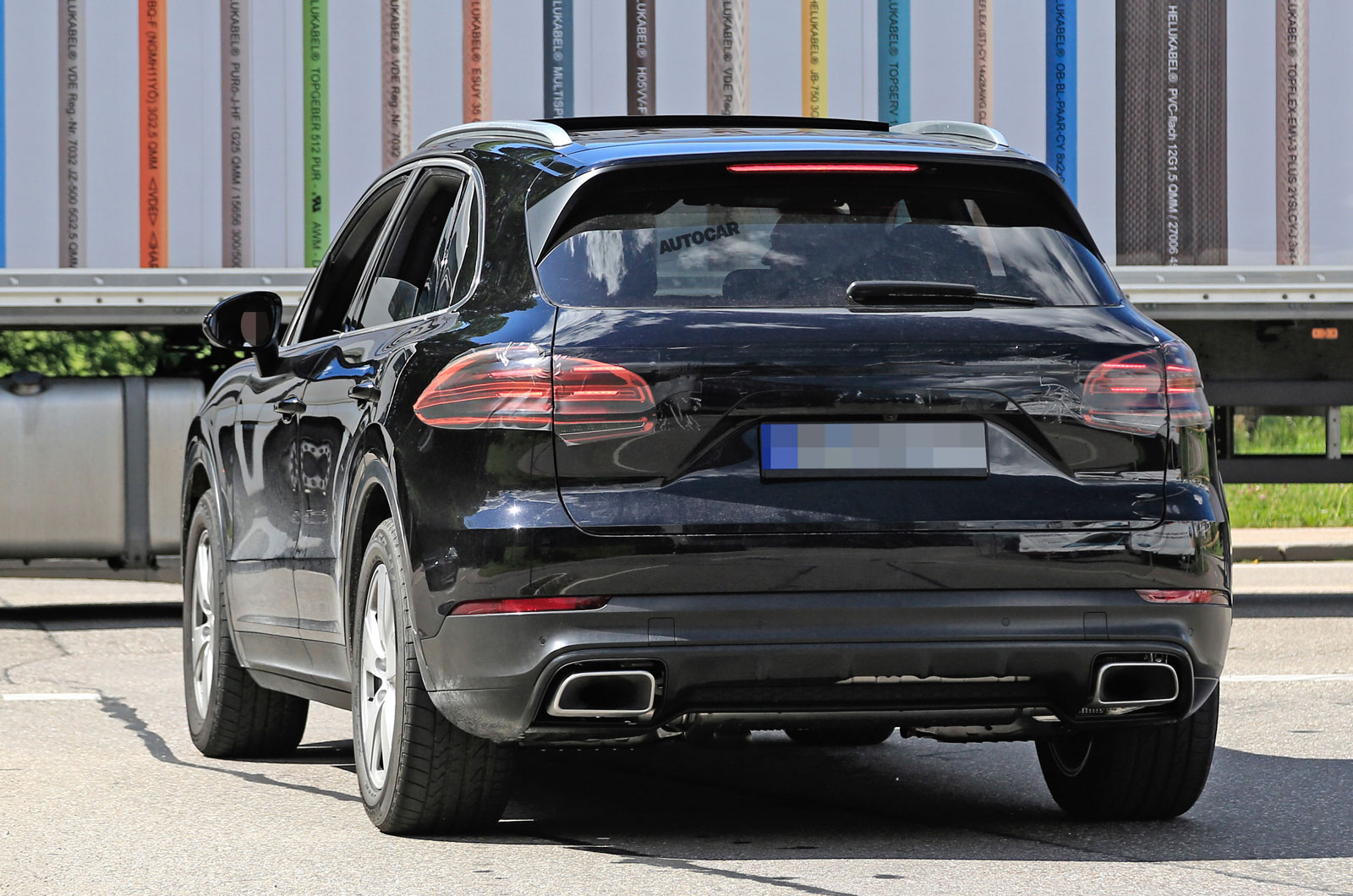 Sources believe the next-generation SUV could gain an all-electric powertrain, as previewed by the Mission E, but Porsche has so far remained tight-lipped about that possibility.

Porsche has produced a new line-up of turbocharged engines for its latest 911 range and our sources suggest much of that technology development will be transferred into the large SUV. Its sister car, the Audi Q7, has recently gained smaller, more efficient engines across its line-up, giving some indication of what could feature in the 2018 Cayenne.

The third-generation Cayenne arrives on UK roads in 2018. The future model is predicted to retain the range of variants offered with the current car, so its starting price shouldn't shift far from the current car's figure of £52,689.

@ahaus - you fell for it

This is a non-story. The new Cayenne doesn't show Macan influence one bit, it shows Cayenne influence. And inside it shows Panamera influence.

Not as frumpy, but looks too much like a Macan

The styling is much improved over the current Cayenne, looking slimmer and not as frumpy. Though I much prefer the sleeker styling of the Macan, I dislike the rather cheap and bland looking interior of the Macan.

The rear taillights are promising as I really like the appearance of the surface-sculpted taillight lens detail seen on the 911, 718 and Panamera.

Strips of plastic. Electric motors. Hold me back.
View all comments (9)