The Skoda Octavia facelift is on sale now, priced from £17,055 to £30,085. It undercuts the Ford Focus and Audi A3 but is more expensive than the new Hyundai i30 and outgoing Volkswagen Golf.

The Octavia Estate starts from £18,225, while the all-wheel-drive Scout version starts from £26,525. The prices represent a marginal increase over the old model's, but the facelift gets extra kit to compensate.

The global engine line-up now consists of nine engines, ranging between 1.0 and 2.0-litre capacities and producing from 85bhp to 227bhp, although the lowest output engine won't be sold in Britain.

Instead, the key units offered here will include a 113bp 1.0 three-cylinder petrol and a 147bhp 1.4 TSI four-cylinder petrol, as well as 1.6 and 2.0 TDI diesels that produce 113bhp and 147bhp respectively and offer up to

As before, the top Octavia vRS model is available in turbocharged 2.0-litre diesel and petrol guises, but it gets more power. The petrol is the most potent, offering 227bhp, while the diesel produces 181bhp.

Skoda’s best-selling model receives a new, more angular grille in the style of the recently launched Kodiaq SUV, along with new headlights, which are now LED units and divided into two sections, and redesigned tail-lights. The bonnet, meanwhile, gets a more streamlined appearance, and a range of newly designed 16in, 17in and 18in wheels are available. 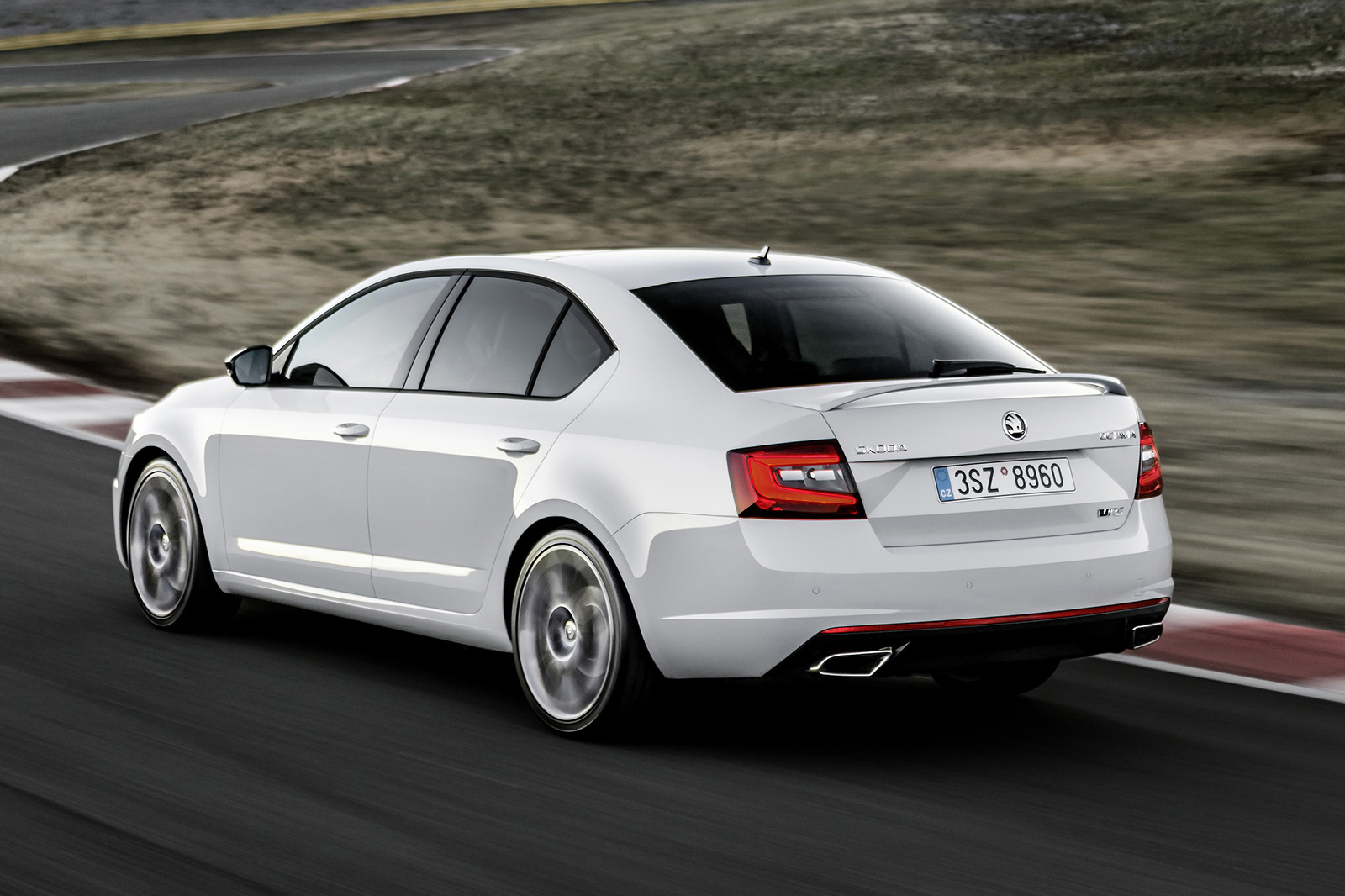 Among the updates inside are new ‘Simply Clever’ features, such as a new bottle holder which is moulded to the shape of plastic bottle bottoms, allowing them to be opened one-handed. A torch is integrated into the bootlid of the estate, and a powered bootlid is also now an option.

There’s also a heated steering wheel and upgraded infotainment systems, of which three specifications are available: Bolero, Amundsen and range-topping Columbus. 9.2in touchscreens feature in the highest-spec models, and the touchscreens have all been redesigned to give a higher-quality feel. 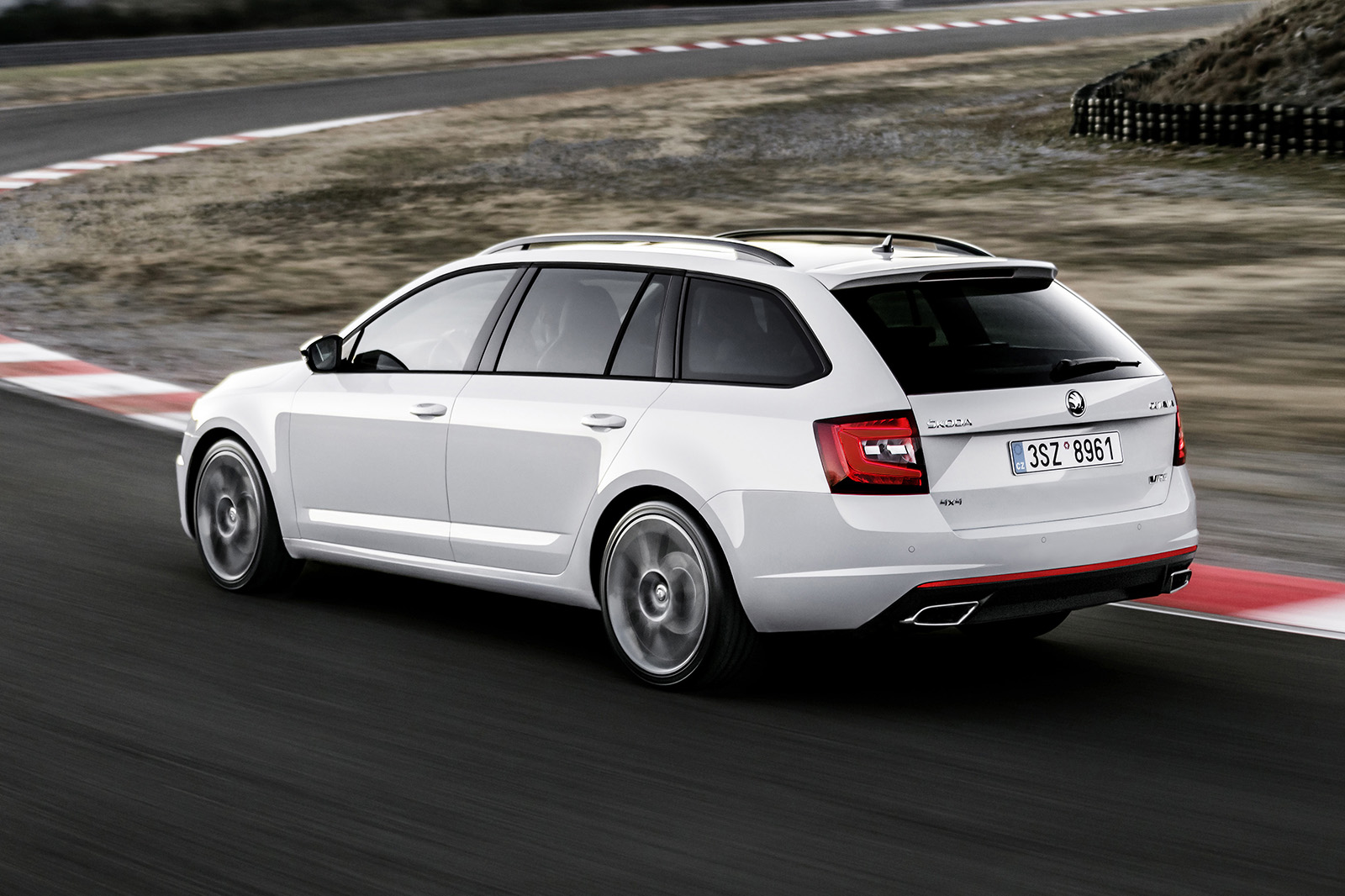 An optional Comfort package comes with a customisable key, which can be programmed to save different drivers' settings, so multiple users can open the car and have their preferred seat adjustment, climate control and infotainment settings automatically applied.

Updated driver assistance technology includes trailer assistant, which will steer when you’re slowly reversing, and predictive pedestrian protection. A rear radar assists the updated parking assist system, which now has Blind Spot Detection and Rear Traffic Alert to warn drivers of approaching cars when reversing out of a space. There is also a reversing camera.

The biggest change to the options list is a black and brown colour scheme on the Ambition spec Octavia, while new textures have been applied to the interiors of other spec levels. There’s also updated upholstery and optional ambient lighting, which is standard in range-topping Style and Laurin & Klement specs.

Order books for the facelifted Octavia saloon and estate are open and first UK deliveries are due around the end of March.

"The Skoda Octavia facelift is on sale now, priced from £17,055 to £30,085. It undercuts the Ford Focus and Audi A3 but is more expensive than the new Hyundai i30 and outgoing Volkswagen Golf.""

No mention of how it's priced against the Astra - which presumably means the Astra is cheaper?

No word on CO2 values I

No word on CO2 values I notice.

Presumably VAG are just finessing their latest cheat device to ensure it looks good. That or it's going to get hammered by the latest Vauxhall Astra - which has exceptionally good CO2 levels except with an auto-box - which may affect the decision made by company car users.

Hi xxxx, do you have any evidence that a screen positioned slightly lower than in some other cars is a safety hazard? If so please advise details and source.
There is nothing good nor bad (right nor wrong) that thinking makes it so (Hamlet).
xxxx 11 January 2017

High up is best

Hi xxxx, do you have any evidence that a screen positioned slightly lower than in some other cars is a safety hazard? If so please advise details and source.
There is nothing good nor bad (right nor wrong) that thinking makes it so (Hamlet).

I presume you're referring to my "high up is best" comment.
Well it’s obvious to most, like having brakes on a car helps to prevent you having accidents.
People don’t mount their Tom Tom’s near the gearstick do they? They mount them high up as near to line of vision to the road ahead, where refocus time is minimal, this isn’t the cheapest but Audi, Mercedes etc do it for that amongst other reasons.
If you think it’s not as dangerous mounting the Sat Nav in the footwell compared to high up nearer your normal driving line of vision more fool you!

Let Volvio explain why higher up is best, Head-Up Display

Where navigation is displayed is very important which is why Volvo, amongst others, project it onto the windscreen (not on the dash). Anyhow let Volvo explain why info is placed in line of sight “You never have to look away from the road. ….. You can keep your eyes on the traffic at the same time as you, for example, get information from the navigation system. You don't have to change focus or LOOK DOWN, which also gives less strain on the eyes. …” – sold as a safety aid.
View all comments (27)