BACK TO ALL NEWS
Currently reading: 2017 Ford Ecosport spotted testing in ST-Line form ahead of September launch
UP NEXT
FIA details all-new electric GT racing category

The 2017 Ford Ecosport has been spotted testing in European ST-Line form, as Ford finalises the model for launch at next month's Frankfurt motor show.

The updated model will inherit the more aggressive exterior styling of the Kuga and Edge models. Its look will be near identical to the US-spec model that was revealed last year, as will the kit and technology the crossover will come with. 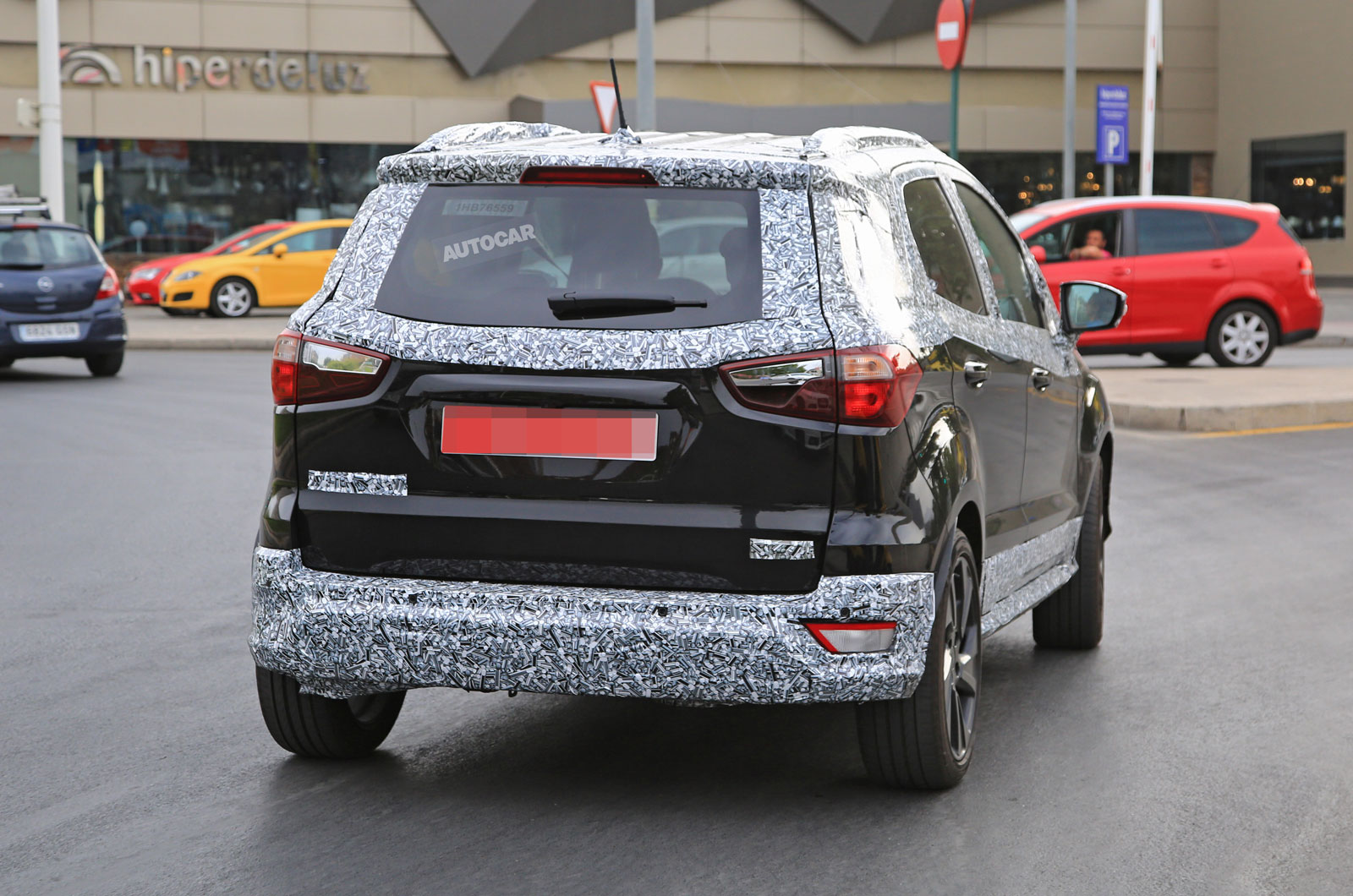 Earlier test cars (see gallery) had a spare wheel fixed to their tailgates. This feature remains popular in South American and Chinese markets, but UK and European-spec Ecosports now do without it.

Across all markets, the 2017 Ecosport will come with Ford's latest-generation Sync 3 infotainment system. 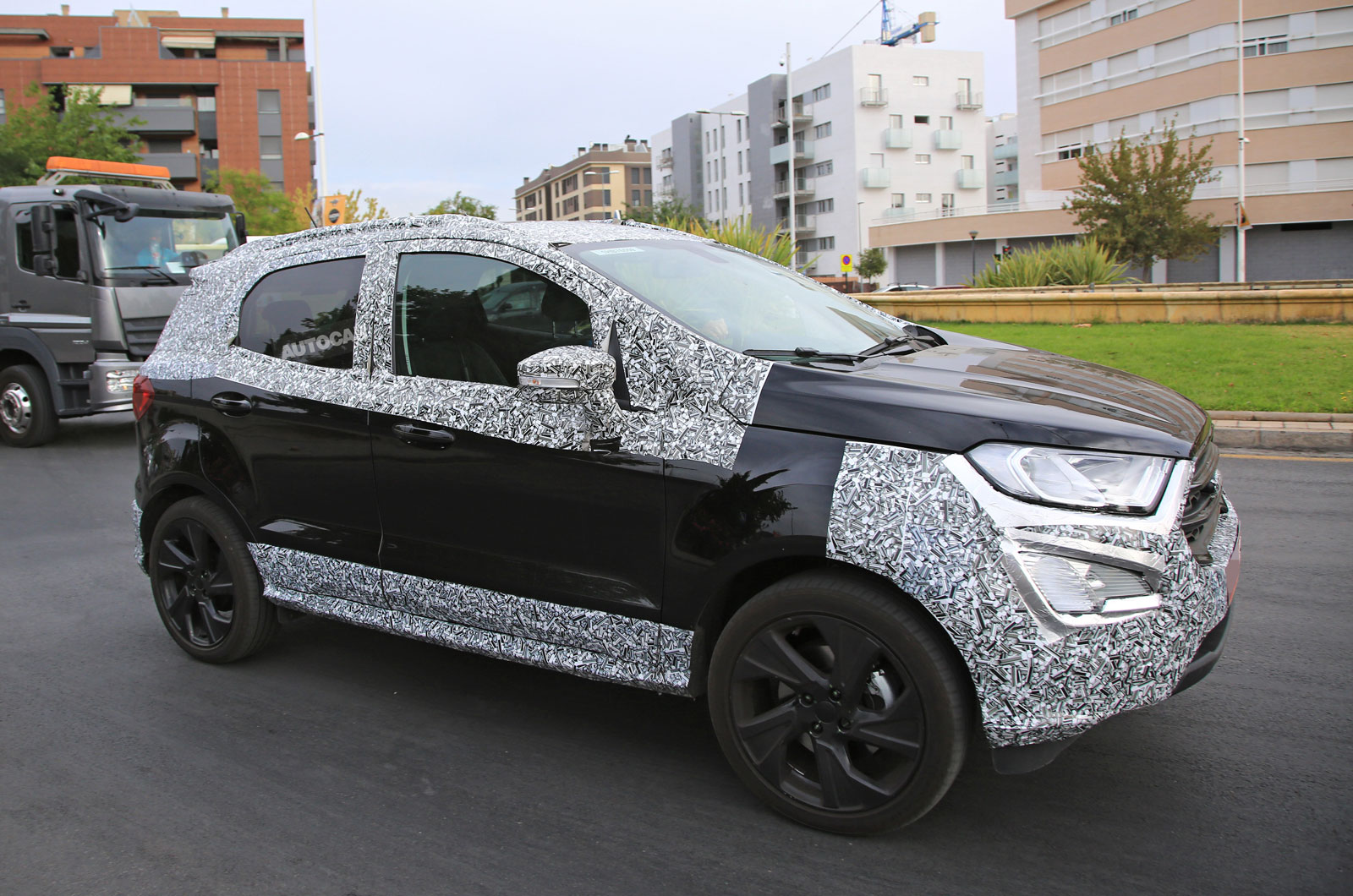 The option of four-wheel drive may be added to the range. However, iIf such an option is introduced, it'll only be available on the most potent variants.

The facelifted Ecosport's entry-lvel price is expected to stay close to the current model's £15,645.

Ford made a big mistake a few

Ford made a big mistake a few years ago, spending all that money on engineering the B Max with its lack of B pillar. Surely their business analysts could see that the small people carrier market was waning, and that it was the compact SUV market  where the demand was building (everyone else was aware of that). They should have  spent that time and money developing a completely new small SUV for Europe so that they wouldn't now be in the position of continually attempting to get this pathetic model up to scratch. Their customers deserve better.

Think the EcoSport will live on hence the refresh and will be more ruggedised (!) compared to Fiesta Active.

Given the Fiesta is such a good base it should be good but they need to sort build quality, packaging (not side opening door) and make it feel more like a premium mini crossover.

Some stiff competition though with Mokka X, revised Captur, Arona and more.

Hopefully it will be third time lucky.