BACK TO ALL NEWS
Currently reading: New Ford Edge officially launched in Europe
UP NEXT
BMW opens door to M1-inspired electric supercar

The European-spec Ford Edge facelift has been officially launched ahead of its arrival on UK roads in 2019.

Ford’s biggest SUV sold in Europe has received a styling refresh inspired by the smaller Ford Ecosport, with a more aggressive headlight design, with LED lights as standard and a new ovular grille at the front, as well as the disappearance of the characteristic light bar at the rear. A more conventional gloss-black extension of the glass is in its place, with larger separate rear light clusters. 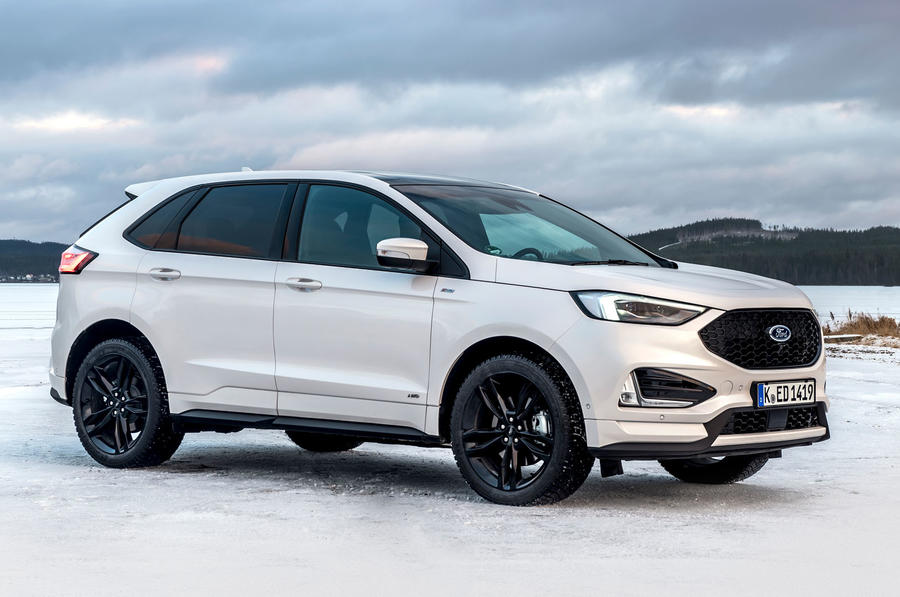 The European car gets a 2.0-litre Ecoblue bi-turbo diesel engine at the top of the range, with 235bhp. Unlike the US, Europe won't get the 335bhp, 380lb ft 2.7-litre V6-powered Edge ST. The European Edge will have exclusively diesel engines, with the sportiest spec being ST-Line, which gets an exclusive suspension set-up and paddle shifters, in addition to black exterior trim, chrome exhaust tips and 20in alloys.

The Ecoblue engine has two turbos - one large and one small - that work together for greater low-end torque, while at higher revs the larger, lower-pressure turbo works alone for greater power. It's also available in 187bhp four-wheel drive and 148bhp front-wheel drive forms, while a new eight-speed automatic gearbox has been added to the Edge that can detect gradients and corners for more efficient and effective gear selection. Four trims feature on the new car - entry-level Trend, mid-range Titanium, Vignale and ST-Line. 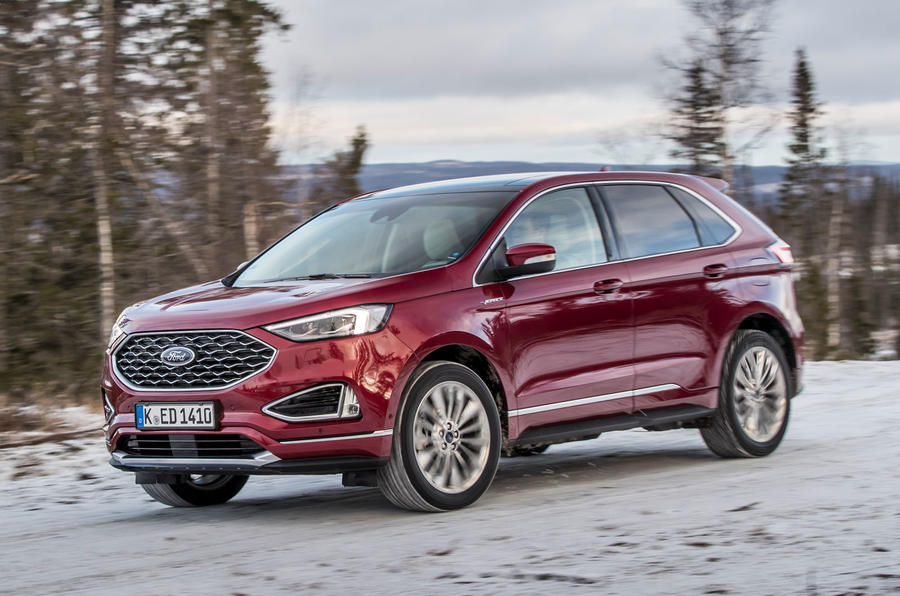 More technology has been added to the Volkswagen Touareg rival, including Ford’s new Evasive Steering Assist, which mitigates crashes by helping the car steer around obstacles. Adaptive cruise control with lane centring and post-collision braking are now available in the range - the first time these have been offered in Europe.

Automatic gearbox-equipped cars also get a rotary gearshifter in place of the current car’s lever, as part of a wider redesign of the centre console. Wireless smartphone charging and an 8.0in touchscreen with Sync 3 infotainment system have also been added. A digital dashboard is new to the model and can be adapted to the driver's preferences.

SUVs are increasingly important among Ford's range - 2017 marked the brand's most successful year for the Ecosport, Kuga and Edge. The brand sold 16,000 Edges last year, and 230,000 SUVs in total.

Styling refresh inspired by the EcoSport...

Dear me! What a depressing vehicle to take inspiration from!

Can't remember ever seeing one of these on the road in the UK. As others have said, in this sector the Ford badge is a major disadvantage. The lack of a petrol or hybrid option is unfortunate too.