BACK TO ALL NEWS
Currently reading: 2017 Ford Ecosport previewed in all-new US model
UP NEXT
First drive: 2021 Vauxhall Astra prototype review

The new American Ecosport shows what changes will be applied to Europe’s updated version, which is due next year
Share
Open gallery
Close
Share story

The 2017 Ford Ecosport has been shown at the LA motor show, marking its introduction to the US market and previewing what Europe’s facelifted model will look like next year.

Compared with the current European model, the US car’s nose gets larger headlights that sit either side of a more prominent grille. The new-look front is clearly inspired by that of the larger Kuga and Edge SUVs, something Ford’s manager of SUV communications, Jeremy Schofield, told Autocar would happen earlier this year.

Inside, the car gains Sync3 infotainment – the latest version of Ford’s system in production – with an 8.0in touchscreen and smartphone connectivity. This includes Apple CarPlay and Android Auto, as well as remote technology that enables drivers to start, lock and unlock their cars from any location. 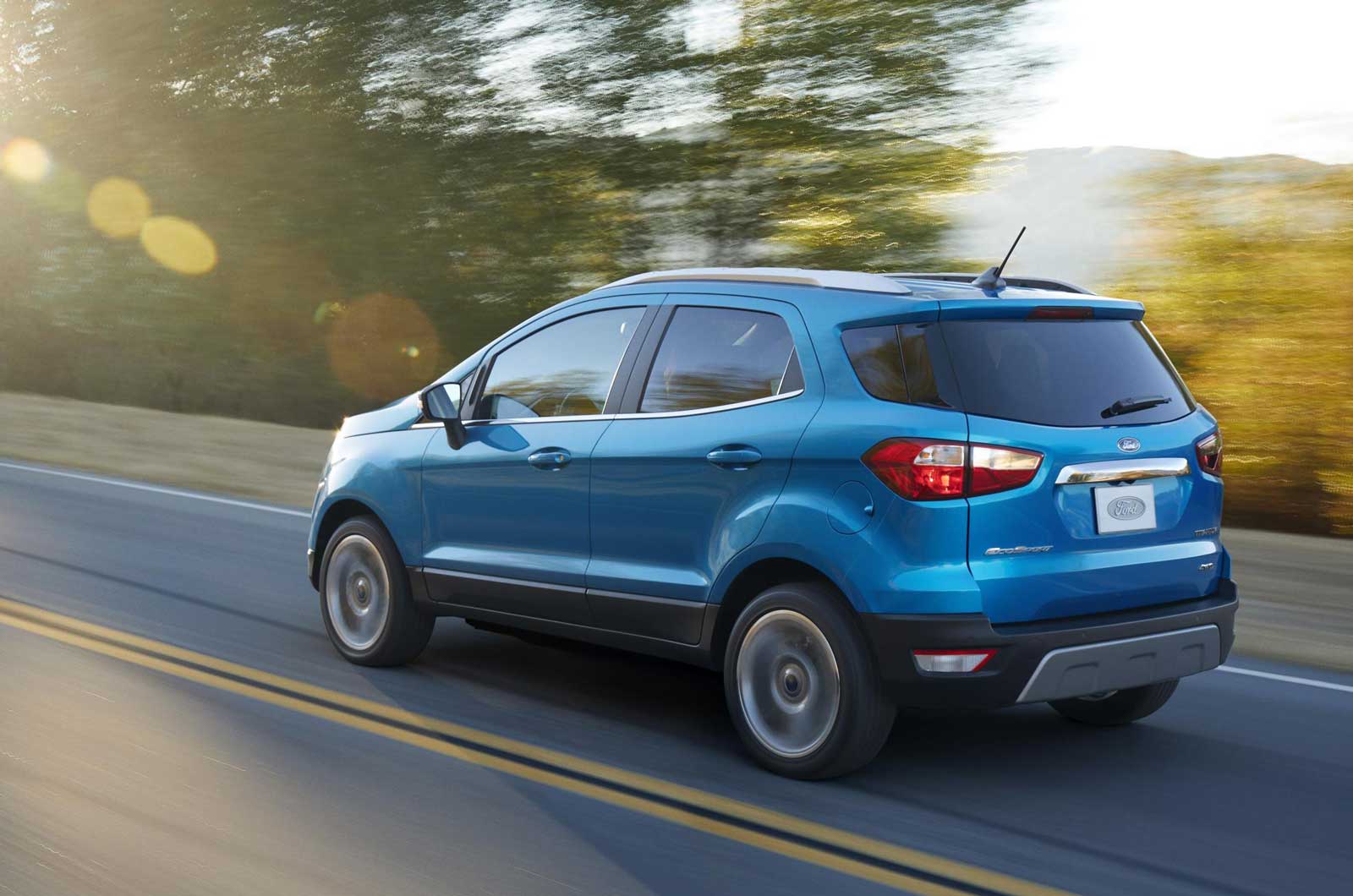 The US car has been launched with two turbocharged Ecoboost petrol engines: a 1.0-litre triple and a 2.0-litre four-cylinder unit. Both engines come with a six-speed automatic gearbox and the 2.0-litre model gets four-wheel drive.

When the facelift arrives in the UK, it’ll come with the 1.0-litre unit, but America’s 2.0-litre powerplant will almost certainly be swapped for a 1.5-litre petrol unit. This would mean the facelifted Ecosport retains the current car’s engine options, which also includes a 1.5-litre diesel. 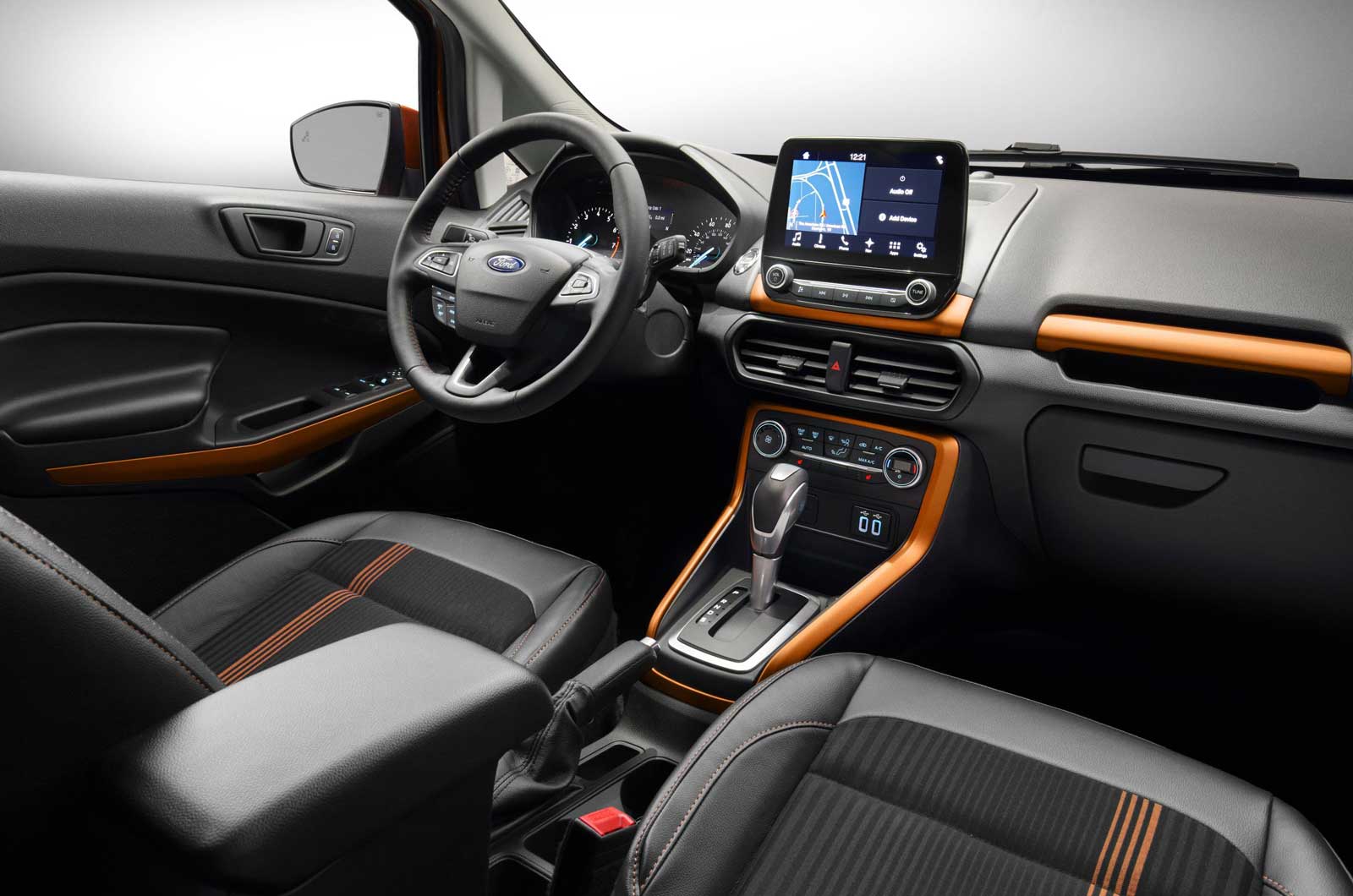 Unlike the US car, the Euro-spec Ecosport will be offered as standard with a manual gearbox, with the automatic down as an option. The current European Ecosport is front-wheel drive only, but it seems likely that the facelift will follow the lead of the American model and gain a four-wheel-drive version.

No arrival date has been set for the European facelift, but given the US car’s arrival, some time before mid-2017 seems likely. Expect pricing to stay close to that of the current car, which starts at £15,045.

What happened to the tailgate mounted spare wheel? The single best feature of the car, imho, and proudly carried by the large number of Eecosports (note correct pronunciation). Apparently, we're not allowed to delete them (ADR Requirement i expect) but who'd want to? Get stuck 400 k's from the nearest town, with a flat, and even the NRMA won't come out to you. It'd be a long walk. Or a long drive with a can of gunk in the punctured tyre.....
superstevie 16 November 2016

What happened to the tailgate mounted spare wheel?

They deleted that a while ago

Is the interior here likely to be similar in the next Fiesta?

I'm not sure I like the 8.0in touchscreen display sticking out like that. Not a fan of the look of a tablet being glued to the dashboard as a after thought. Wish they could have integrated the display more in to the dashboard like VW has on their cars.

big improvement over todays car particularly the interior. but o what a missed opportunity by denying us the 2.0 ecoboost it would be unique amongst small SUV.
One Ford = hot ones in the US slow ones everywhere else!! ie no GT350 Mustang , no Mondeo (nee Fusion) V6 ecoboost , no Raptor etc etc -they even get an ecoboost Transit!
View all comments (4)