The trio’s TS050 Hybrid ran faultlessly throughout and spent much of the race scrapping with the sister machine of Kamui Kobayashi, Mike Conway and José María López. Toyota’s win is only the second by a Japanese manufacturer, following Mazda in 1991.

The two machines were in a class of their own, trading places for much of the event due to pit stops. Despite losing time due to an ill-timed safety car, double Formula 1 champ Alonso put in a long and strong stint to close the gap, before his car built a solid lead on Sunday morning.

The result was in effect settled when Kobayashi had to serve two penalties for exceeding the fuel allowance and for driving too many laps in a stint. Near the end, he also missed a signal to pit for fuel and did a slow lap largely on electric power as a result.

“It’s an amazing feeling,” said Alonso, after watching Nakajima drive the final stint and take the chequered flag. “I’m not used to watching my car racing — I’m normally in it.

“It was a tense 24 hours, with two cars within a minute for most of the race.”

Alonso skipped last year’s Monaco Grand Prix to tackle the Indianapolis 500, but was forced to retire with an engine failure while battling for the lead. With a Monaco F1 win to go along with his Le Mans win, Alonso hinted that he could return to Indy in a bid to win motorsport’s ‘triple crown’. 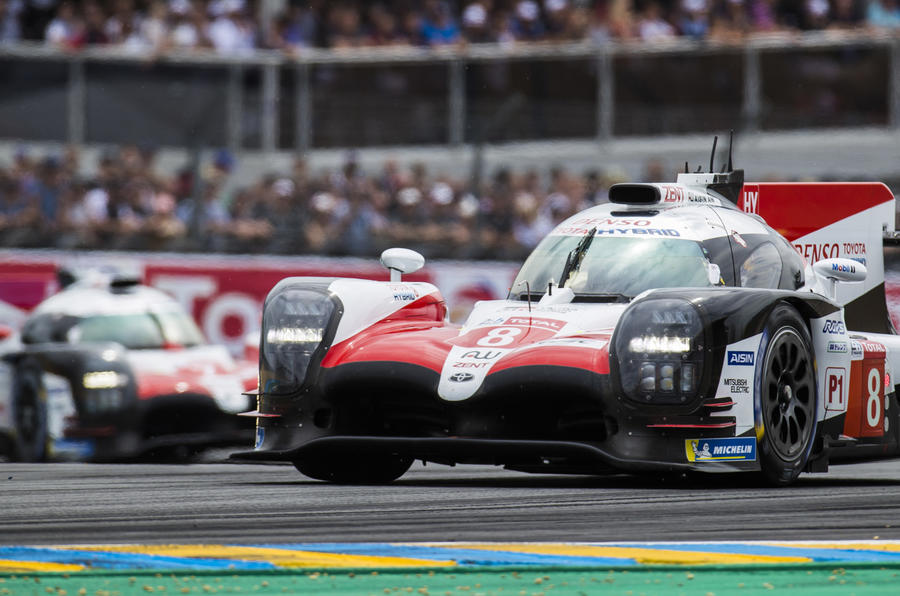 “I attempted [Indy] last year with that intention. We were close to winning, but missed the opportunity," he said. "Here we were leading and I was worried I’d miss the opportunity again.”

The Rebellion Racing team took third and fourth place, with Thomas Laurent, Mathias Beche and Gustavo Menezes joining the Toyota teams on the podium. The Rebellion machines were the only non-hybrid privateer cars to avoid major issues.

Jenson Button’s Le Mans debut was difficult, with his SMP Racing BR1 losing two hours with a technical problem early on. Button’s recovery drive ended when he suffered an engine failure with just a few hours left to run.

The Manor-run TRSM team, running the new Ginetta chassis, also had a difficult race. One of its cars made the finish, albeit well down the order after numerous problems.

The Porsche 911 RSR of Michael Christensen, Kévin Estre and Laurens Vanthoor claimed victory in GTE Pro, the firm’s first win in the class since 2013.

In Porsche’s 70th anniversary year, it was fitting that the winning 911 was in ‘pink pig’ colours — one of two retro liveries the marque ran in the event. 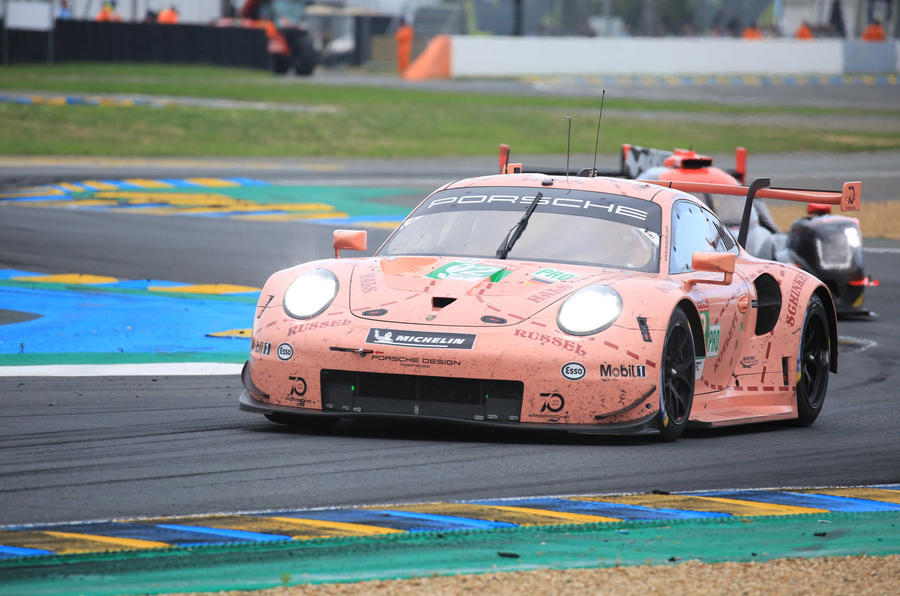 While the division featured some furious racing, the ‘pink pig’ pulled out a lead in the early stages and was never really challenged.

The second-placed Porsche didn’t have things so easy, with the Frédéric Makowiecki, Richard Lietz and Gianmaria Bruni staging an incredible late-race scrap with the Ford GT of Sébastien Bourdais, Joey Hand and Dirk Müller. The Porsche took honours, although Bourdais wasn’t amused by some of Makowiecki’s driving.

At least Toyota kept attemting to win Le Mans when Audi and Porsche pulled out, fair play to them. Lets now ditch LMP1 and move on to something more GT based as proposed. The GTE racing was exceptional this year.

Well there's a surprize, a better headline would be.:

I guess I am pleased for

Yes, a lot of people still cares. Did you see the stands and surrounding parking lots? I guess not.