BACK TO ALL NEWS
Currently reading: BTCC 2020: Turkington builds title lead at Brands Hatch
UP NEXT
MST Mk1: Is this the ultimate rally recreation?

While it was a strong weekend for the West Surrey Racing-run BMW 3 Series outfit, title hopeful Dan Cammish had a mixed weekend. The works Honda Civic Type R driver won the first race of the day in searing conditions at the 2.43-mile Kent circuit but was then sidelined by mechanical failures in the next two races.

Rory Butcher qualified on pole his his Ford Focus RS, run by the Kent-based Motorbase squad, and led Cammish and Turkington for much of the first race. But shortly after a safety car bunched up the field, the Scot suffered a puncture, handing the lead to Cammish.

The Yorkshireman then held off four-time champion Turkington to the finish, helping to erase the memories of last year’s title decider at Brands Hatch, when a late-race mechanical failure ended his title hopes. Ollie Jackson (Focus RS) won a battle for third ahead of Tom Ingram (Toyota Corolla). 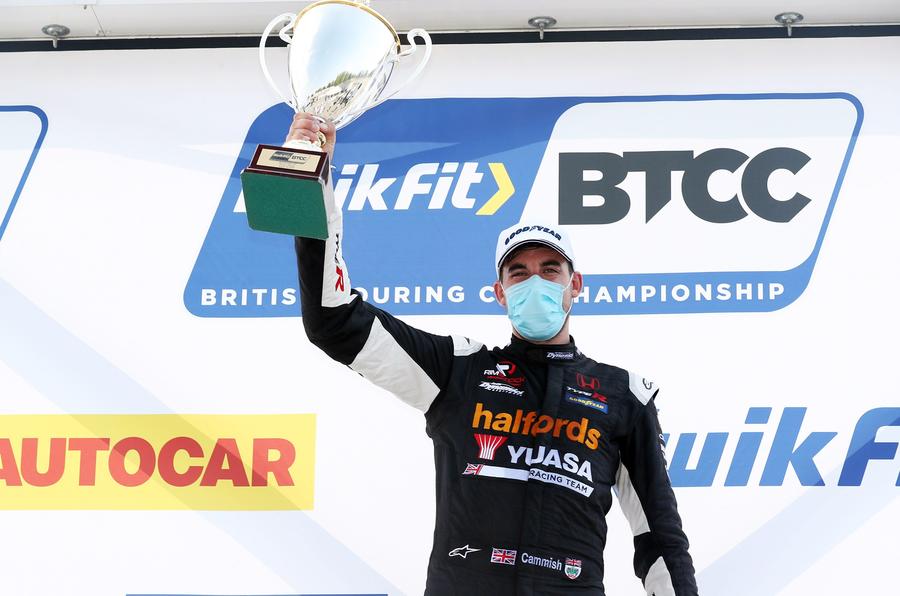 Cammish made a slow start from pole position in race two, dropping to fourth while Turkington stormed into the lead. Ingram climbed to second and spent the race hounding the BMW without finding a way past.

Behind the lead pair, Cammish battled up to third and was pushing the top two when his Civic Type R ground to a halt with a mechanical failure. That cleared the way for the charging Ash Sutton (Infiniti Q50) to take the final podium spot.

The star of the race was Butcher, who lined up 25th on the grid due to his retirement from the first race, but stormed through to claim an amazing fourth place.

Oliphant claimed eighth and seventh in the first two races of the day but took advantage of the partially reversed grid to dominate the final outing. He stormed past Aiden Moffatt (Q50) and Stephen Jelley (BMW 1 Series) at the start to take the lead heading into the first turn and then put in a hugely mature drive to withstand intense race-long pressure from Sutton. 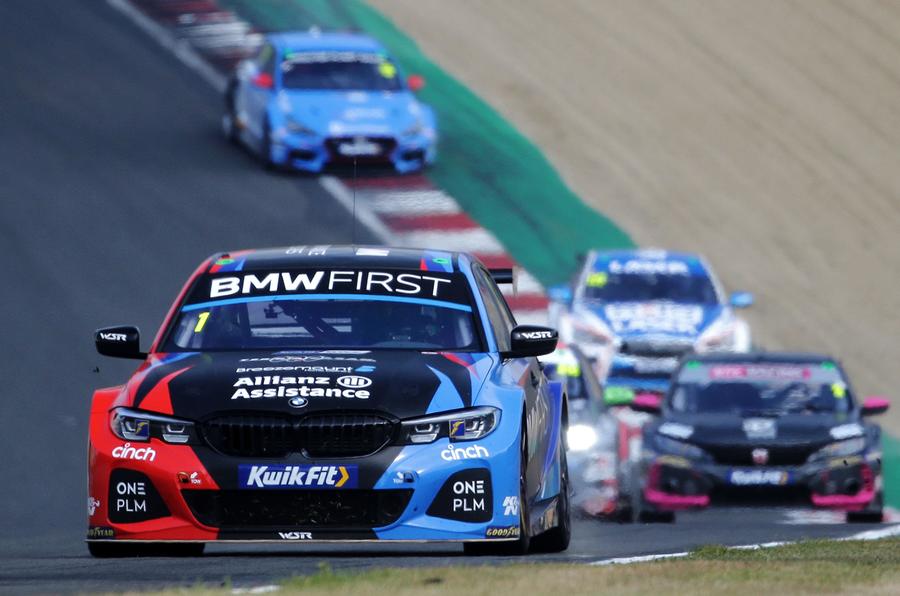 Butcher was also in the mix for the lead, before a puncture ruined another strong effort, allowing Jelley to claim the final spot on the podium ahead of Moffatt. Running maximum success ballast, Turkington took fifth to bolster his points lead, ahead of Matt Neal, who had charged up from the back of the grid in his Civic Type R.

There was more bad luck for Neal’s team-mate, Cammish, with another mechanical failure again putting him out.

Turkington now has a 16-point lead over Sutton in the championship, with Oliphant a further nine adrift. The next event is at Oulton Park on August 22/23.