“It was a massive step moving from a 1.4-litre Fiesta into a touring car,” recalls Turkington. “I was racing against guys I’d looked up to. I remember being on the grid for my first race at Oulton Park and around me on the grid were David Leslie, Tim Harvey and Matt Neal, guys I grew up watching on television in the 1990s. That was 18 years ago, but to me it only feels a blink.”

Now 38, Portadown racer Turkington has packed a lot into those 18 years: 422 BTCC races, 51 wins, 141 podiums and four championships – tying the record set by Andy Rouse. That CV alone makes him a worthy winner of Autocar’s Motorsport Hero award, but what’s really worth celebrating is how Turkington has achieved his success. In a series with a reputation for bumping and banging, Turkington is known for his clean racing style and unusually has the respect of virtually all his peers.

Turkington worked hard to forge that reputation from his inauspicious start in his gaudy Atomic Kitten MG ZS. “I was 20 years old and I felt I had to prove myself,” he says. “You have to prove yourself in terms of speed and capability and I felt it was important to earn the respect of the established BTCC drivers. The start of your career is always when you make the most mistakes, so I’ve always tried to go about my racing in a fair manner, to race hard but fair. If I’m going to win something, I want to win it in the right way, whether it’s a race or a game of five-a-side. It’s more rewarding to pull off a great overtake than nudge somebody off the road.” 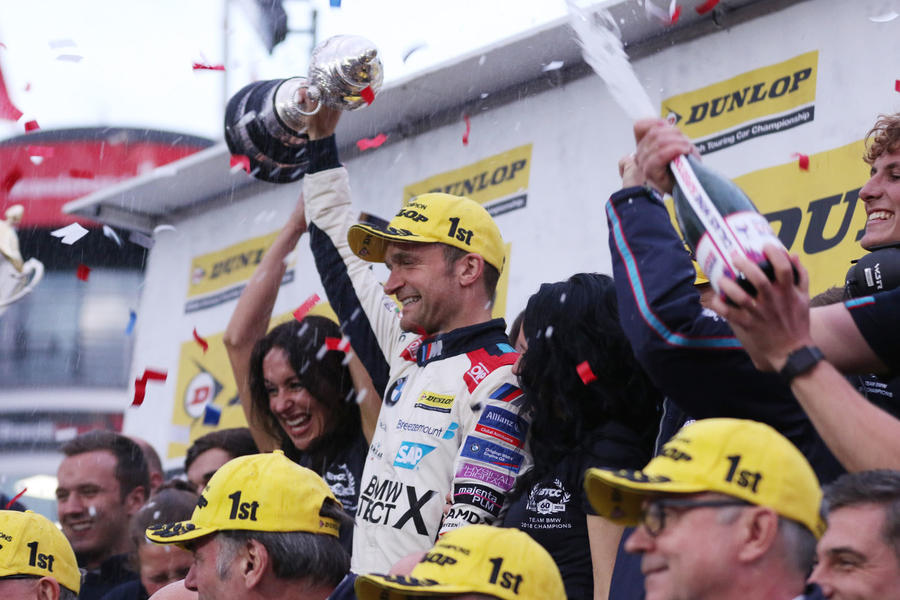 With Team Atomic Kitten lasting just a single season, Turkington was promoted to WSR’s works MG outfit for 2003, claiming his first win at Brands Hatch. “Once I became a BTCC race winner, I felt some sort of belonging,” he says. “Even winning one BTCC race is hard, so once I’d done that, I knew I had the capability to be successful.”

Turkington has spent the bulk of the past 18 years racing for WSR, the standard-setting team run by Dick Bennetts, winner of an Autocar Outstanding UK Leader award. While he had successful spells elsewhere – driving for the works Vauxhall team and Team BMR in the BTCC, and efforts in the World and Swedish Touring Car Championships – he has always been at his best driving for WSR, progressing with the team as it ran MGs and BMWs. WSR now runs the official BMW UK operation.

“I’ve been really fortunate to be with one of the best teams in the business for a lot of my career,” he says. “I’ve always felt at home here. Dick has been the guiding force of my career, not only because he runs such a strong race team, but in shaping the way I go about my sport in terms of attention to detail and preparation.”

The respect is mutual: Bennetts describes Turkington as “100% professional racing driver” and is particularly impressed by the Northern Irishman’s notebooks. Yes, notebooks. “I joke with our engineers that Colin’s notebooks are thicker than theirs, because he makes notes after every session,” Bennetts says. “He sends a report after every event, which is unbelievably in-depth. It shows his focus and dedication and it shows up in his results.”

Turkington insists his notebooks reflect “how things have always been done at WSR”, but adds: “I enjoyed studying at school. It helps me focus on the details. Besides, Dick’s office is full of the same sort of notes. We go about things the same way.”

Turkington secured his and WSR’s first BTCC title in a Team RAC BMW 320si in 2009, fending off veterans Fabrizio Giovanardi and Jason Plato in a tense finale. “The first title is definitely the toughest to get, because you’re dealing with so many new emotions,” he says. “When you’re close to winning a title, you feel so much stress and pressure. Winning that first one was just a huge relief.” 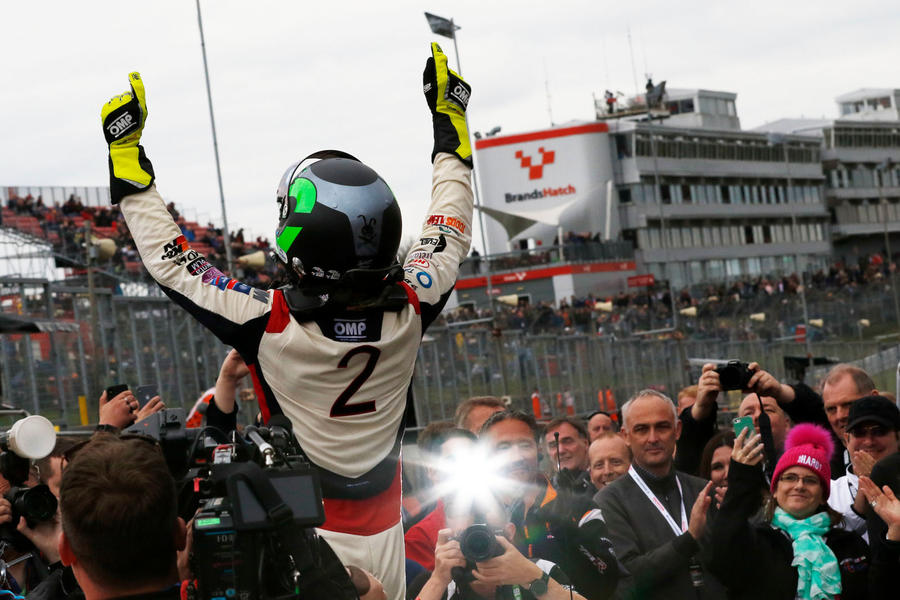 The withdrawal of sponsor RAC prevented Turkington from staying in the BTCC and defending his crown, but after three years out, he returned with WSR in 2013, this time racing the BMW 125i M Sport. His second title came the following year. Turkington says that 1 Series is still his favourite car. “We had the package working so well,” he enthuses.

“Everything was right about it. That was probably my strongest season: I had eight wins and we were a real dominant force. I’d rejoined WSR in 2013 just as they were starting the 1 Series project, so I felt a real connection. I felt that was my car.”

Again, circumstances prevented Turkington from defending his title with WSR. Instead, he switched to Team BMR, driving a Volkswagen CC in 2015 and Subaru Levorg in 2016. He won races in both, and while WSR will always be home, he says spells elsewhere helped him as a driver. “It’s important to get out of your comfort zone,” Turkington says.

“It’s probably not good to stay in one place for your whole career, and at a different team you have to adapt to new ways of working, and work with drivers you haven’t before. All those steps fill your armoury of tools you can use going forward.”

Turkington returned to WSR in 2017 and the following year claimed his third title. With the 1 Series starting to show its age, he did this one the hard way: he took just a single win but kept racking up the points to clinch the crown. 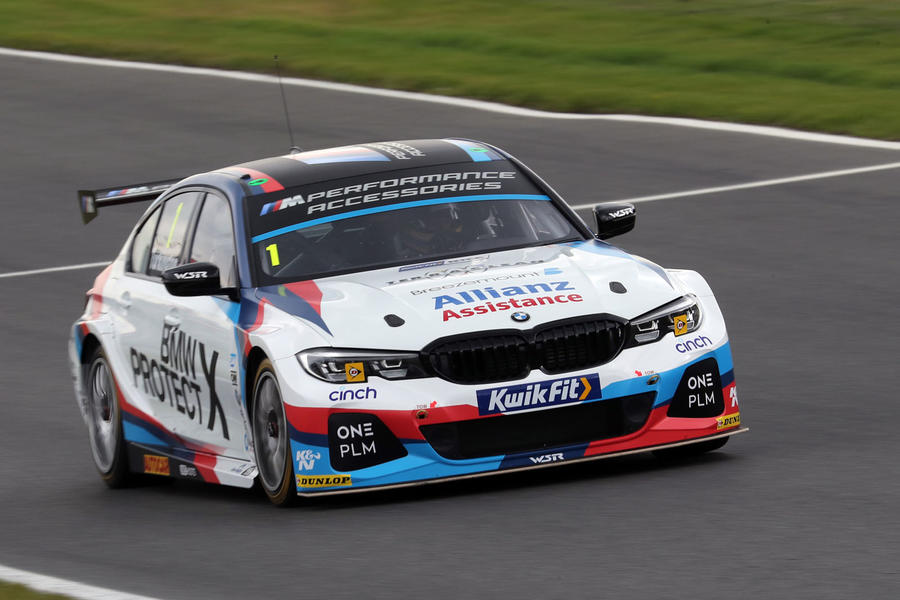 The reward came last year, when he finally got to defend a title with WSR – and in the new 3 Series. The car hit the ground running, and Turkington scored five wins on his way to the title. But it wasn’t simple: he was up against teammate Andrew Jordan and Honda’s Dan Cammish in an incredible season finale. Turkington’s chances were seemingly ended after a controversial clash with Cammish’s team-mate, Matt Neal, in race two. But Turkington’s charge through the field in the finale was rewarded after Cammish suffered a brake failure on the penultimate lap of the final race.

“I thought I’d lost it after that penultimate race,” he says. “That’s why I was so emotional after that win. Normally, I’m a pretty flat-line sort of guy, but my emotions were off the scale. I’ll never forget how that felt, so that win stands above all the others.”

When the delayed 2020 season finally begins, Turkington will again be among the favourites. A fifth title would establish a new BTCC record and further cement a career that can already fill a greatest hits compilation – unlike the band who eased him into touring cars…

How to drive a Touring Car 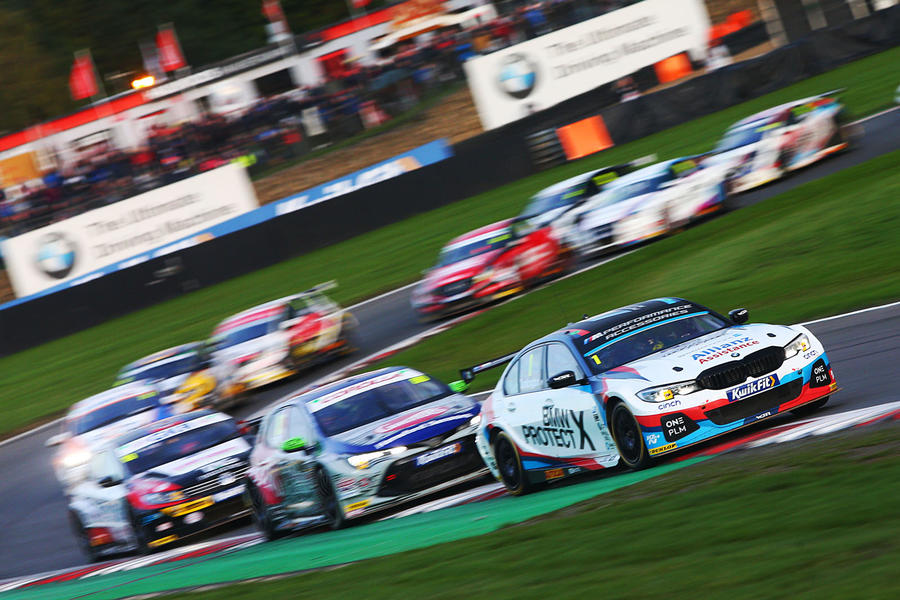 The British Touring Car Championship is ridiculously tough to succeed in. So what is the secret to driving a touring car fast? According to Colin Turkington, the trick is to not take it easy.

“You have to really get out of your comfort zone,” he says. “If you’re feeling relaxed behind the wheel, you’re not going fast enough. The BTCC is so competitive that every thousandth of a second counts, and you have to find the absolute limit in every department.

“The big challenge in touring cars is that there are so many variables. You have different tyre compounds and success ballast constantly being added or taken away, so the car is never in a steady state. It’s always an evolving picture, but you’ve got to be on the limit all the time.”