Rory Butcher claimed glory in the final race of the day, after on-the-road victor Tom Chilton (Ford Focus RS) was penalised for contact with a rival.

Former champion Ash Sutton started the opening race of the day at the 1.2-mile Kent track from pole position in his BMR Racing Subaru Levorg and, along with the eight drivers behind him on the grid, opted for wet tyres on a damp track. Cook started tenth, and was the first driver to gamble on running dry slick tyres. 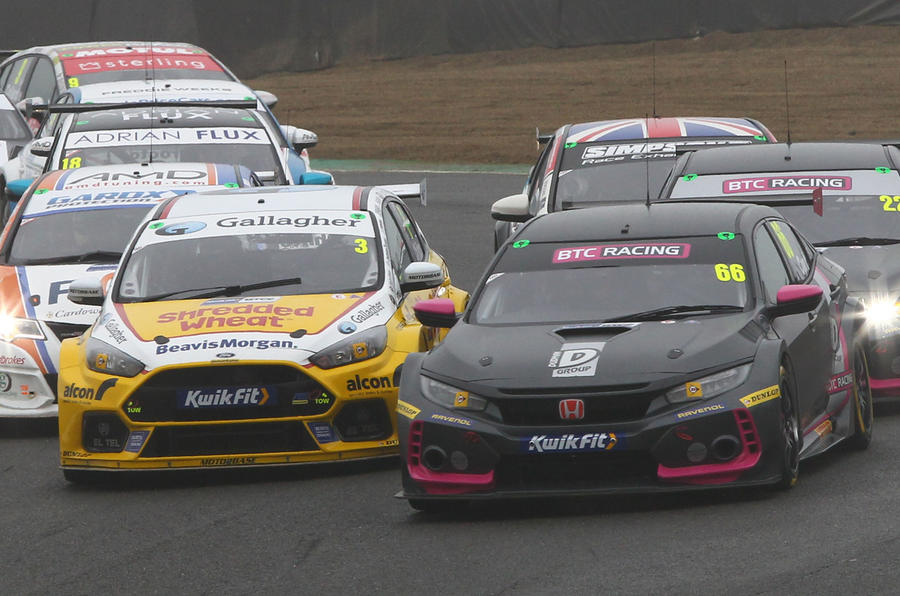 Sutton built a big early lead over Colin Turkington (Team BMW 3 Series), but once the track dried slightly the drivers on wets offered little opposition to their slick-shod rivals.

Cook charged up the order and easily took the lead, quickly building a huge gap. Jake Hill fought his way to second in his Trade Price Racing Audi S3 ahead of Chilton. Sutton fell to ninth, with Jordan finishing 15th after also struggling on wets.

The track was again slightly damp for the start of the second race, but all 30 drivers chose slicks. Cook built an early lead at the front, but Sutton charged up the order, and took the lead at mid-distance. But the Subaru man quickly found himself under pressure from the charging Jordan, who got past on lap 16 and pulled clear to secure the first win for the new 3 Series. 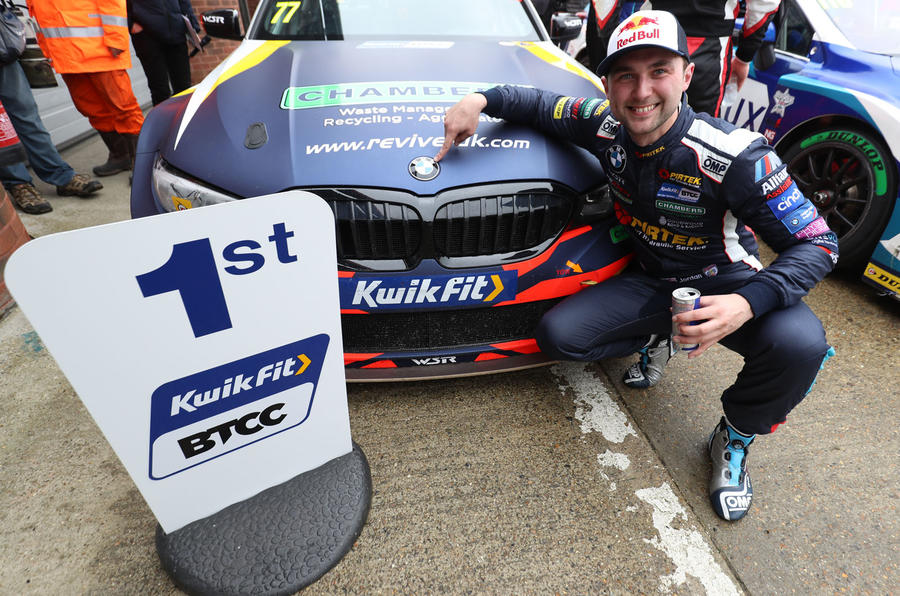 Adam Morgan fought his way up to third in his Mercedes A-Class, with Cook eventually slipping to seventh.

Civic Type R driver Matt Neal drew pole for the reverse-grid third race, but Stephen Jelley made a mighty start from sixth in his BMW 1 Series to quickly grab the lead.

Neal fought back past Jelley on lap seven, with Chilton following through a lap later. When Neal’s tyres began to fade Chilton battled his way past, before Neal and Jelley both lost ground with a late-race clash, allowing Butcher into second in his old-shape Civic Type R.

But Chilton was later given a time penalty for his contact with Neal, giving Butcher the win and dropping him to second. Jelley held on for third.

Cook finished fourth, which was enough to end the weekend leading the championship with 44 points. Chilton is second with 40 points, with Jelley third on 35 points. Jordan finished well down the order in race three after contact, and is eighth in the standings.

Tom Ingram had a solid first weekend in his new Toyota Corolla, taking a pair of 10th place finishes. Former F1 racer Mark Blundell spent the weekend learning about BTCC racing, with a best finish of 14th in race one.

Former champion Jason Plato started the weekend well, qualifying second in his Vauxhall Astra. But he went off early in the first race, and was then handed a penalty for a start infringement. He struggled to work his way back through the pack in the final two races.

Naw. The German car haters will be upset. Excuses incoming.