BACK TO ALL NEWS
Currently reading: Craig Breen on his World Rally Championship title hopes
UP NEXT
New 2023 Audi A4 Avant undergoes tests in the Alps

M-Sport Ford driver has never rallied a full WRC season before, but that's not reining in his ambitions
Open gallery
Close

It seems almost impossible to believe that the 32-year-old Craig Breen – leading what is arguably Ford’s most prominent global motorsport campaign – has never actually contested a full World Rally Championship season up to now.

But despite finishing on the podium seven times already, that’s the case. And it’s almost what you’d expect, from a man who admits that his career has been defined by “triumph and tragedy”.

There were two occasions when he could have walked away from the sport completely: firstly, following the accident in Sicily that claimed the young life of his co-driver Gareth Roberts back in June 2012. Secondly, after Citroën didn’t renew his contract for 2019, prior to its exit of the sport entirely at the end of that season.

But he didn’t. Following Gareth’s death, he sought the blessing of the Roberts family to continue, which they were happy to give. “If I’d walked away, all that hard work we did together would have been wasted” was how he put it. And at the end of the year, he won the Super 2000 title, a success that was almost too emotional to put into words.

When his Citroën deal finished in 2018, Craig was almost convinced that it was all over. Having started his career in karting all those years ago, he then had an offer to compete in the karting world championship – despite his age and height – which he probably would have accepted. That never happened, although Craig thinks there’s some unfinished business: “When I finish rallying, I might go back and do some more karting. It’s so pure.” 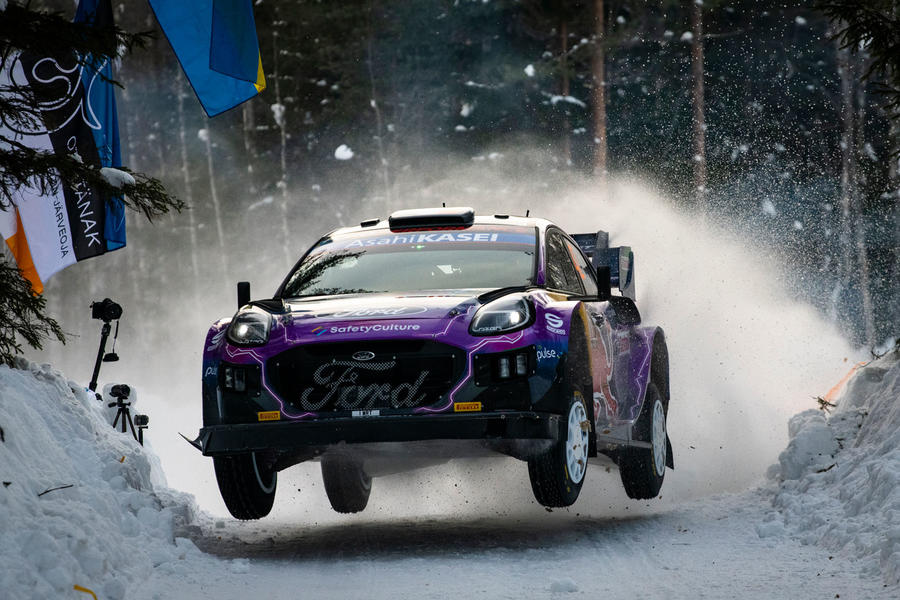 Because then Hyundai threw him a lifeline: only a part-time programme but enough to score four podiums from the nine rallies he contested with them from 2019 to 2021, finishing in the points on every occasion. With a car that was very much built around the permanent drivers.

It was this stellar form, along with a dogged refusal to give up, that convinced M-Sport boss Malcolm Wilson to sign Craig to lead the team into a new era of hybrid rallying this year with the Ford Puma, which, first time out, won on Rallye Monte-Carlo with Sebastien Loeb. Craig finished third.

“It was the perfect start to the season,” said Craig. “And there’s no reason why we can’t continue that way in the future. M-Sport might not have the big resources of some of the other teams but we make up for that with hard work and 110% effort.” Round two in Sweden was a “disaster”, with Breen visiting a snowbank twice, but there was redemption on the most recent round, in Croatia, where the Irishman was fourth after battling for the podium again, currently placing him third in the championship.

Unlike in previous years, he’s got the chance now to build a season and a car around him, albeit a very different type of car from the previous generation because it now features an additional boost of hybrid power and reduced aerodynamics.

“Coming here does feel a bit like coming home,” says Craig. “It’s like a rebirth of my career. I actually started with Ford and M-Sport, winning the Super 2000 world championship and the WRC Academy in a Fiesta, and my dad was Irish champion with Ford. My childhood hero, Frank Meagher – the ultimate underdog – also drove a Ford. 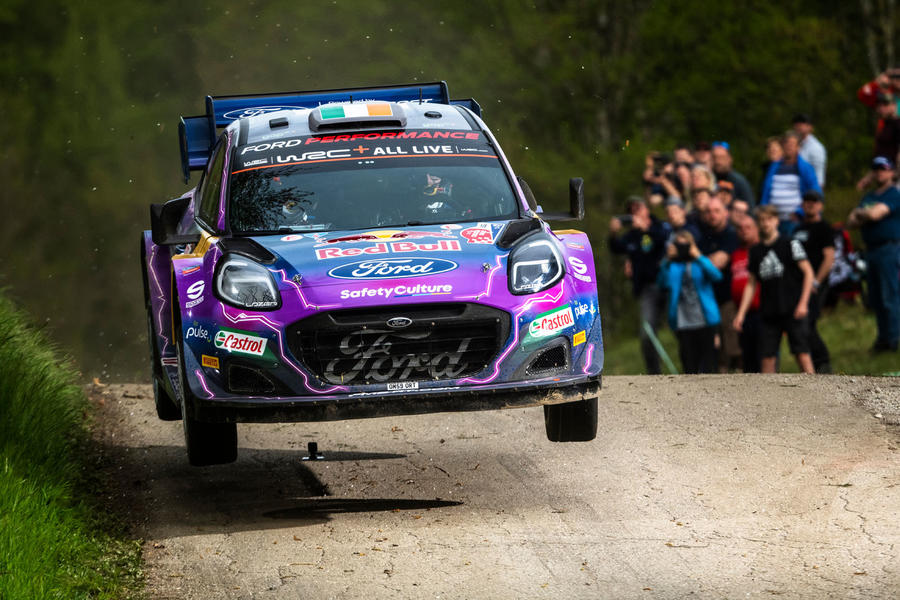 "I actually own his Sierra Cosworth, which he won the 1992 Circuit of Ireland with. And my first World Rally Car was a Ford Fiesta. I’ve enjoyed competing in historic events with various Mk2 Escorts, too, although I’m scaling that back a bit this year to focus on these new hybrid cars. You need to give it a bit of thought, but once you’re used to it, it’s not as complicated as you think. It suits me well.”

This doesn’t mean that Craig has given up on historic rallying entirely, though: he recently bought an ex-Patrick Snijers Ford Escort WRC, complete with iconic Bastos livery, which Craig drove on the Rally Legend in Italy last year. He was even given replica Bastos overalls to finish off the period look.

Craig can recite the entire history of that car like a walking Wikipedia. His sheer volume of rally knowledge probably rivals that of Jari-Matti Latvala, the other resident history geek of the WRC service park. Ask Craig if there’s anything else he’s into apart from rallying, and he just grins and shakes his head. There’s no time for anything else – apart from drinking tea, for which he’s also famous. “Rallying is all I’ve ever known,” he says. “I’m no good at anything else…”

For now, he’s focused on becoming Ireland’s first world rally champion. And for that to happen, he probably also needs to seal that elusive first win. “I feel it’s on the cusp, but when… That’s the million dollar question, isn’t it? It’s just a matter of time. There’s no point to force it or chase it harder.”

There’s another former Ford driver whom Breen can take inspiration from, though: Marcus Grönholm. The Finn contested his very first full WRC season back in 2000 with what was then the all-new Peugeot 206 WRC when he was also aged 32. By the end of the season, Gronholm had taken not only his first win but also his first title. Breen’s story is only just beginning.