BACK TO ALL OPINION BLOGS
Currently reading: Racing lines: two Sebastiens created magic as WRC's new era began
UP NEXT
Opinion: Newey’s RB17 indulgence is good for us all

Stop the season right now: we surely won’t get another feel-good result in 2022 to match Sébastien Loeb’s sensational victory on the Monte Carlo Rally. Who knew he still had it in him at 47?

Even the great man himself had his doubts. The last time Loeb competed at the Monte, in a Hyundai in 2020, the nine-time World Rally Champion was a shadow of his old glorious self. Yet here he was, rolling back the years to claim his 80th WRC victory in M-Sport’s freshly minted hybrid Ford Puma. The result marked his first WRC win in something other than a Citroën – and set a new oldest-ever-winner record for good measure.

Then, to cap it all, look who was sitting beside him as navigator: old friend Isabelle Galmiche, a 50-year-old school teacher competing on her first Monte and the first woman to win at rallying’s top level since Fabrizia Pons co-drove Subaru’s Piero Liatti to victory on the world’s most famous rally way back in 1997. Galmiche used to fill in when Loeb’s regular partner, Daniel Elena, was unavailable for test work but would never have dared dream of this.

Hell, Loeb even managed to pull off his old signature backflip on the podium to prove that magic does still exist, even in the hard-edged world of modern motorsport. 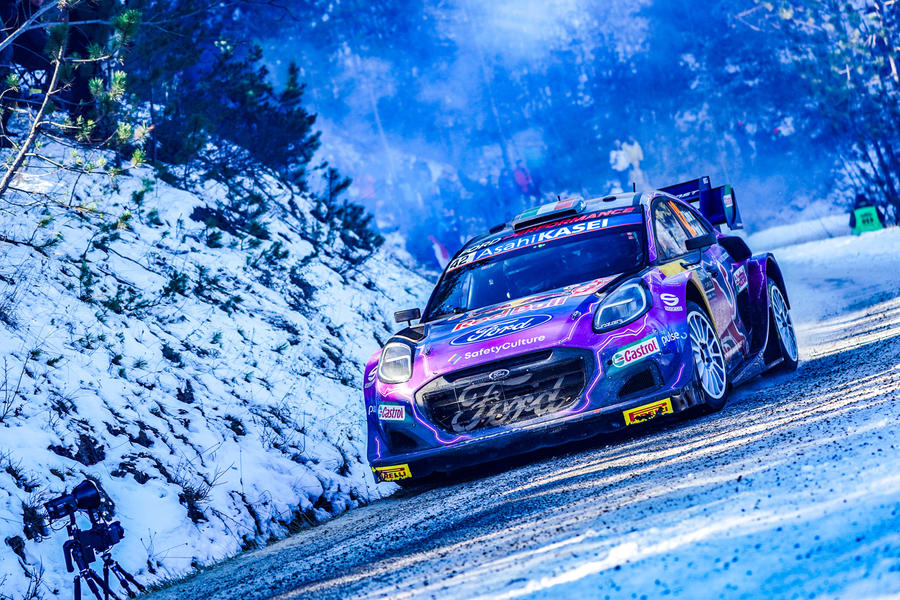 Sure, Loeb needed a dose of bad luck for his old rival Sébastien Ogier to claim the victory But the eight-time champion was magnanimous in his moment of defeat, and it was lovely to see the mutual respect that now exists between the two Sebs, the pair having won 17 of the past 18 WRC titles between them. That didn’t always seem to be the case during the height of their frosty rivalry.

The pair now share a record of eight Monte victories each, but what’s next for the French legends when it comes to the WRC?

Reigning champion Ogier has ruled out chasing Loeb’s record of nine titles and won’t return until at least Rally Portugal in May, as the Toyota ace embarks on a new career in sports car racing, driving for Richard Mille Racing in the LMP2 class of the World Endurance Championship.

As for Loeb, nothing else was scheduled with M-Sport after the Monte cameo – but given just how well it went, far exceeding his own expectations, surely he and his unlikely co-driver will return for another crack somewhere else on the 2022 calendar, won’t they?

Statistically the greatest of them all, Loeb is pure box office, and like MotoGP without Valentino Rossi or, dare we say, Formula 1 without Lewis Hamilton, the WRC is better with him than without – even at 47.

Next for the king 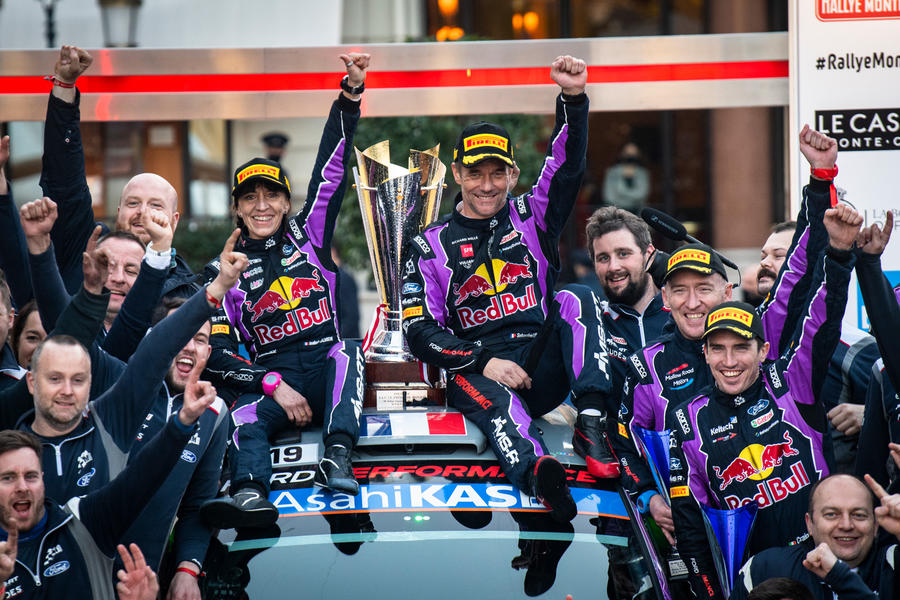 Not that Loeb is short of things to do. He arrived in Monaco direct from finishing second on the marathon Dakar Rally in the Prodrive-built Hunter T1+ and is already committed to a second season driving for Hamilton’s X44 team in the Extreme E electric off-road racing series. And this coming weekend, he will head to Sweden to join a star-studded cast for the reborn Race of Champions.

For fans of a certain vintage, the RoC will always be a non-points-scoring Formula 1 curtain-raiser held at Brands Hatch on cold, wet March days back in the distant past. But the last Brands RoC ran back in 1983. Since 1988, when rally hero Michèle Mouton and Fredrik Johnsson dreamed up a new idea, the name has stood for something entirely different: a head-to-head knockout competition for star drivers racing identical cars.

Most often held in a stadium (Wembley was a popular UK host), it has now been reinvented as a snow and ice event held on parallel tracks with a crossover on the frozen Baltic Sea in Pite Havsbad.

Inevitably, a focus on sustainability is a major part of the relaunch, with drivers competing this weekend in the RX2e electric rallycrosser; RX Supercar Lites running on 100% fossil-free biofuel; the new 1000bhp-plus FC1-X electric SUV; and, for something a bit more traditional (but surely tricky to handle on ice), a squad of Porsche 718 Cayman GT4 Clubsports.

As for the cast of drivers picked from every major code of motorsport, the list is astonishing. Racing’s biggest stars always used to love turning out for the old end-of-season stadium thrashes, and the attraction clearly still holds, both for the individual RoC on Sunday and the Nations Cup on Saturday, when teams of two do battle for the honour of their countries.

And the British team? F1 and RoC veteran David Coulthard and two-time W Series champion Jamie Chadwick, who will be making her event debut.

It’s all good-natured fun, of course, although once they stick their helmets on…

The blacktop racers will be up against it, but what price a Monte-RoC double for Loeb? The legend is on a roll.

Final word to the Red Arrows this week. I was alarmed to learn that Formula 1 is banning military air displays at grands prix, because it jars with sustainability targets – such an awkward contradiction when a record 23 races are lined up for 2022. Would this spell an end to displays from the RAF’s finest at the British GP?

Happily, Silverstone has since clarified that the squadron’s BAe Hawk T1 trainer jets don’t strictly count as military, so it has avoided a grounding. Phew. The Red Arrows at the British GP are as traditional as strawberries and cream at Wimbledon. It just wouldn’t be right without them. 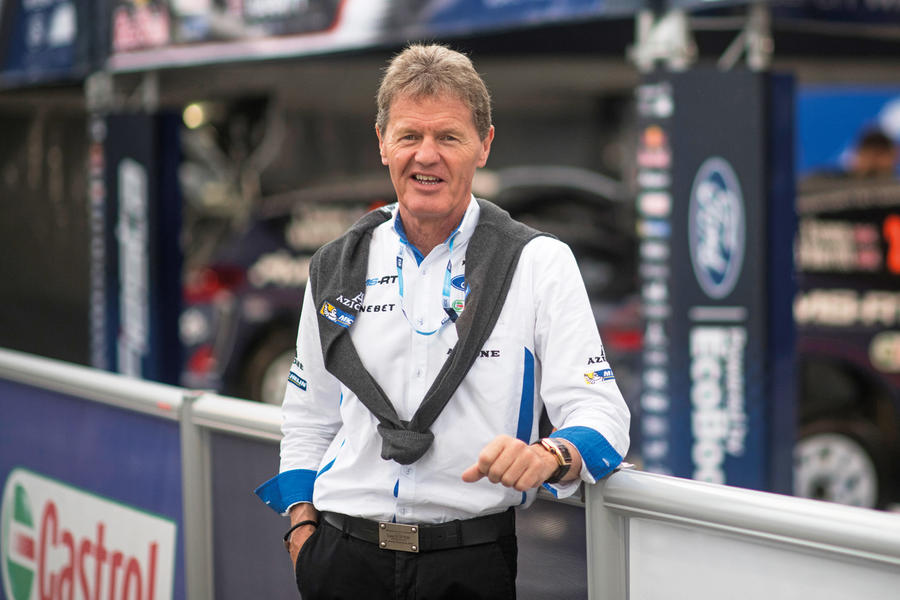 M-Sport: Malcolm Wilson’s team has been through the wringer during the pandemic, but it came out of the blocks first, harder and faster than its big-hitter rivals at Hyundai and Toyota with its fantastic new Ford Puma. The result was a first WRC victory since 2018. 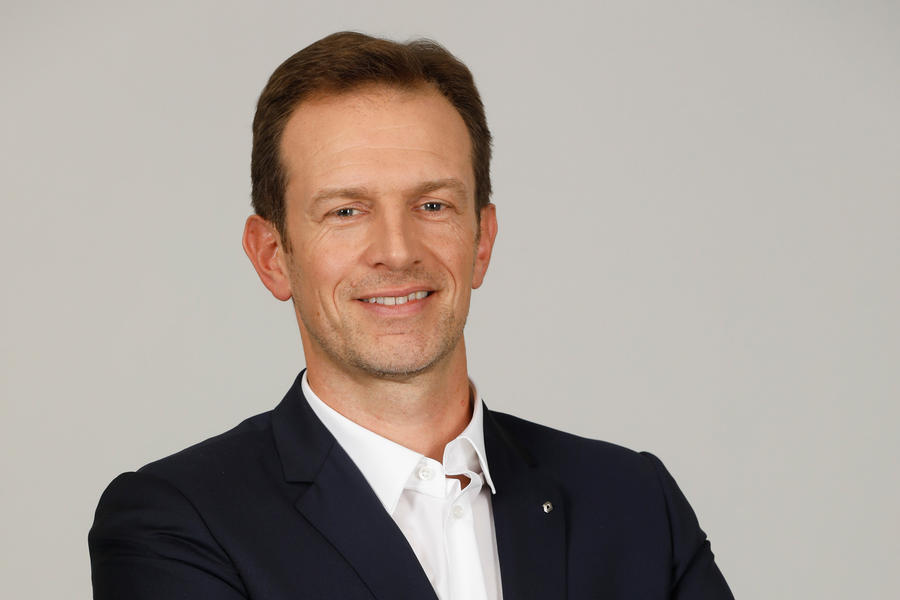 Laurent Rossi: The Alpine Formula 1 boss received a public roasting from Alain Prost when it emerged that the four-time F1 champion has left his advisory role at the team. Prost all but accused Rossi of driving him out. Big loss, especially for Fernando Alonso and Esteban Ocon.

David Richards would have something to say about that (and Malcolm) ;-)