BACK TO ALL NEWS
Currently reading: Porsche and Autocar set 13 new electric records
UP NEXT
How Audi's CEO is transforming the 111-year-old brand

The crowning achievement of the bid, full details of which are laid out over 10 pages in this week’s Autocar magazine, was the 1000km record, achieved in almost exactly 13 hours, the record run beginning in darkness at 7am and finishing a few seconds after 8pm that night.

The team consisted of Goodwin and Durrant, plus former Le Mans winner Richard Attwood, former Formula 1 ace Jonathan Palmer, and two current 911 racing champions, James Dorlin and Harry King. The drivers used a Taycan 4S and a Taycan Turbo S and the records were shared almost equally between the cars because, though a little slower in lap times, the 4S needed a little less recharging time than the more powerful Turbo. 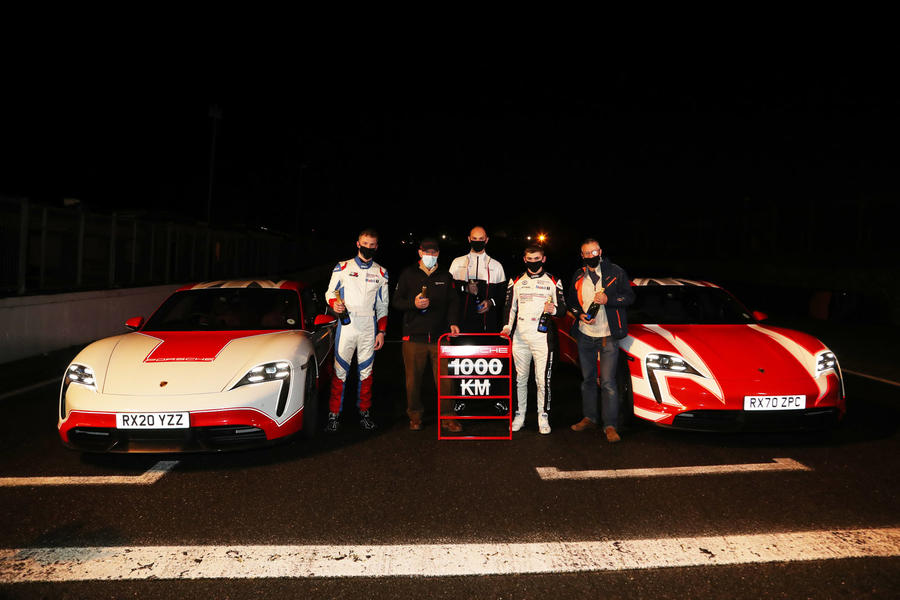 “We were delighted with the result,” said Goodwin after crossing the line, “because the cold, wet and dark conditions made the whole thing look far from easy. But the Taycans and Porsche’s organisation were both brilliant and we drivers got much better at saving both time and battery power at the same time, as the day went on.

“One thing’s for sure. Driving high-performance EVs on a proper racing circuit is a lot of fun, and very challenging.” Read much more in this week’s Autocar, out now.

Log in or register to post comments
Tycoon 27 January 2021
1000km in 13hrs? Model 3 does 1000km on actual roads, at road legal speeds, with traffic, snowy weather, chargers not working properly, in 10hrs LOL.