BACK TO ALL NEWS
Currently reading: Lifting the lid: Dario Franchitti on a life in motorsport
UP NEXT
Mourning the car bodystyles that have died out

The Scotsman isn’t just a racing legend but also a true motorsport fan. He shows us his star-studded collection of helmets and other memorabilia
Share
Open gallery
Close

Every helmet tells a story for Dario Franchitti. The Scot, winner of three Indianapolis 500s and four Indycar titles, has kept almost everything from his long and glittering career, including most of the ‘skid lids’ he wore when karting as a kid through to his years as one of the best and most successful drivers on the US scene.

“We joke about it,” says Franchitti, who recently shared the photo above on social media, featuring his prized collection of his own racing helmets. “We call it the ‘I love me’ room. But actually it’s now the ‘I love me’ building! Everything provokes a memory, whether it’s about a race or a friend, which becomes more important as I get older.”

Franchitti never was your typical modern racing driver, because he’s also a genuine motorsport fan, and his hoarding addiction stretches far beyond helmets, race suits and other trinkets from his own career. As he tells Autocar, some of his lids have been swapped for those of his old rivals, many racing friends and one or two from his heroes, too.

“I’ve got 82 of my own helmets,” he says. “I tried to keep everything. Along with the ones I’ve swapped, a couple are missing, because in the early days I had to sell them to buy the next one.” 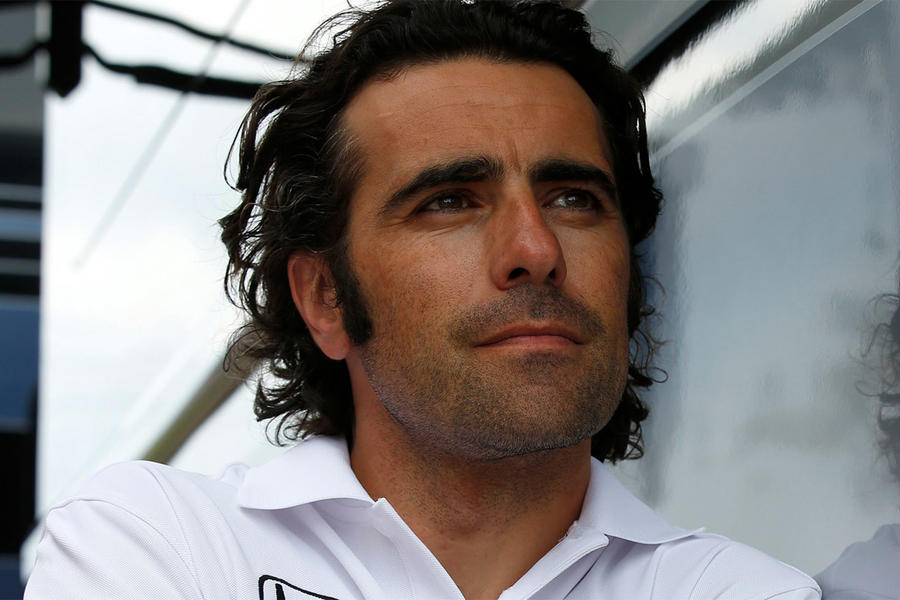 The helmet rows go round almost four sides of a flight of stairs, apparently. “I’ve got them arranged in order of use,” he says. “The top shelf includes helmets from my first Indycar years, my first Kool [Team Green] helmet and, off to the right, my DTM and Formula 3 helmets. Below that, you can see some of the Andretti Green helmets, and at the bottom are some of the Target [Chip Ganassi Racing] ones. But the Indy 500 and championship winners are somewhere else. Those really special ones, I’ve got them hidden.”

A second picture he sends us shows some of the early lids, including those from before he adopted his signature design, which features the Scottish saltire combined with the colours of the Italian flag to represent his dual roots. “My first helmet is pretty special to me. I got it when I was 10,” he says. Another shot shows one with heavy scuff marks – the lid that saved his life when he was flipped on to his head at 215mph at Michigan Speedway in 2007. He admits the FYI Post-it note stuck on by his racer brother Marino is an unnecessary reminder.

“I adopted the saltire in 1992, when I went to Paul Stewart Racing,” says Franchitti. “The colours I had didn’t mean anything. My engineer Graham Taylor suggested it, got some masking tape and stuck the saltire on top with the colours of the Italian flag through the middle. That was it.

“David Coulthard already had the saltire on his helmet, but the first to do it was a kart racer called Duncan White, who raced for David’s dad. Duncan still runs a kart team in Scotland. [1970s F2 racer] Gerry Birrell had it on the side of his helmet, too.” 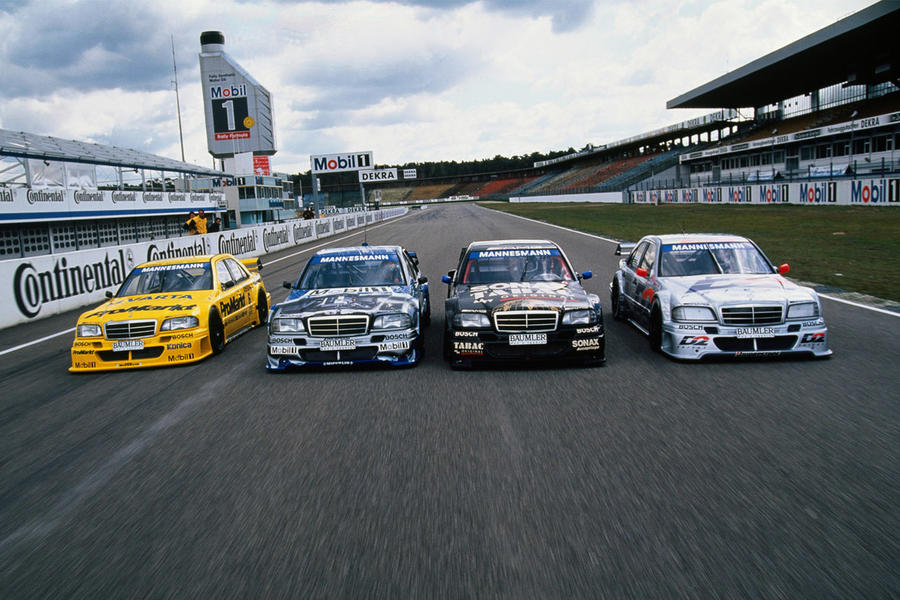 Inevitably, some of the helmets have more mileage than others. “At the start, three years was probably the most I used the same one, and then it simply didn’t fit, because I was growing,” he says. “When I moved up to cars, Allan McNish was contracted to Bell, and he got them to give me a helmet, which was good of him. Then I used Simpson in F3, then Arai and back to Bell when I went to America. Eventually, I went back to Arai and used them for 18 years. In Indycars, their life could be just one race, depending on how badly they got beaten up. If a helmet won, it generally got taken out of circulation. Occasionally I’d bring out one I thought was lucky. But generally it was one or two races and then they were done.”

As for those in his collection worn by other drivers, it’s quite a list. Off the top of his head, he names most of his Indycar rivals, many of whom are now close friends, plus some other notable aces from the motorsport world, including Sir Jackie Stewart (“it’s an open-face and was given to me by a great friend for my 40th birthday”), five-time motorcycling champion Mick Doohan, Le Mans hero Derek Bell, fellow Scottish Indycar driver Jim Crawford and Mario Andretti (from his final Indycar season in 1994).

“[Three-time Nascar champion] Tony Stewart has the best collection of all of us,” Franchitti reveals. “It’s phenomenal, and he’s got helmets from everything and everywhere.”

Franchitti admits he has a separate room set aside for his biggest hero: Jim Clark. His dedication to the two-time F1 world champion and fellow Indy 500 winner doesn’t border on obsessional: it’s over the line. Among the cars he owns, a Lotus Cortina (reg BJH 417B) is the standout, because it’s the one that Clark twirled around various UK circuits to win the 1964 British Saloon Car Championship.

Franchitti bought it in the wake of the Indycar accident that curtailed his career far too early in 2013. His broken vertebrae and ankle healed after the shunt at the Houston street circuit, but it was the knock he took to the head – not his first, as we’ve seen – that forced him to reluctantly call time. His helmet from that day is part of his collection, by the way. 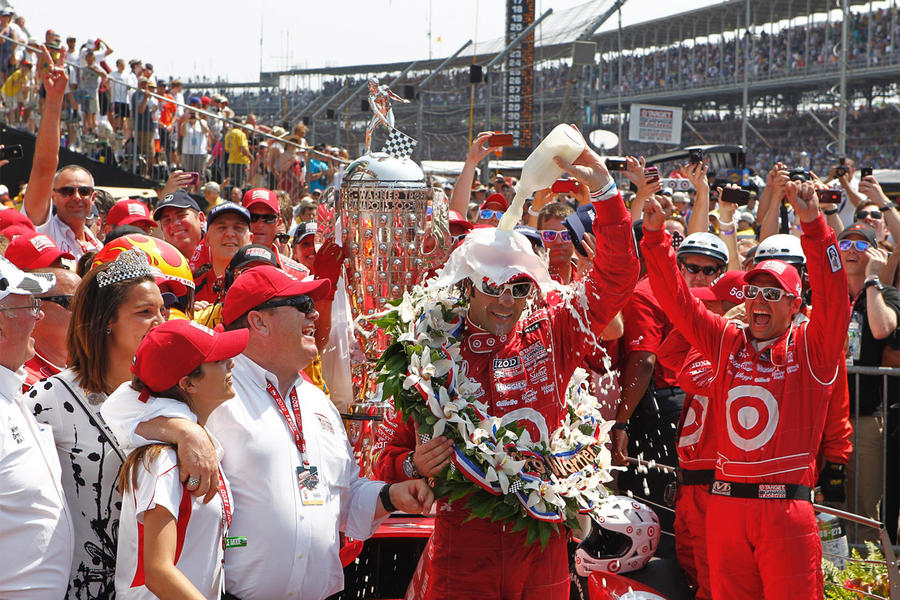 Naturally, Franchitti won’t be leaving racing behind him any time soon. TV commentary work was never likely to be enough, and recently he returned to action in historic cars, at Goodwood Speedweek and with his like-minded friend Zak Brown, McLaren’s F1 boss. But he has long been at peace knowing that his top-line racing career is behind him and is thankful for the life he has, especially given he lost some good friends – Greg Moore, Dan Wheldon and Justin Wilson – along the way. All he needs is a bit of ‘I love me’ time with his memorabilia for all those memories to come flooding back.

The Scottish star with an Italian name

Dario Franchitti, the son of a Scottish-Italian ice cream seller, rose through the ranks of British motorsport to become one of the scene’s hottest prospects in the mid-1990s. But instead of a career in Formula 1, he went, after a spell with Mercedes in the DTM, to the US to race Indycars – and never looked back.

His 31 victories in the Champ Car and Indycar series included a hat-trick at the Indianapolis 500 in 2007, 2010 and 2012, plus four Indycar series crowns to make him by far the most successful Brit to race in America’s premier single-seater division.

He also won the Daytona 24 Hours sports car race in 2008 and even sampled a year in Nascar. Since his injury-induced retirement in 2013, the 47-year-old has turned his hand to TV commentary in Formula E, continues to indulge his love of racing by collecting memorabilia and remains a very popular figure in racing circles on both sides of the Atlantic.