BACK TO ALL NEWS
Currently reading: From England to Indy 500: the Brit making it big in US racing
UP NEXT
Fisker goes radical with Pear EV SUV

Steeped in tradition and attracting around 300,000 spectators each year, the Indianapolis 500 is rightly known as ‘the greatest spectacle in racing’. Or, as Indycar racer Jack Harvey describes it, “a next-level shindig”.

Well, you can take the man out of Lincolnshire… Harvey, 27, may still use the occasional phrase that reflects where he grew up, but he has been a racer in the US since 2014 and is focused firmly on creating a career there. This weekend, he’s set to compete in his fourth Indy 500 and his first as a full-time Indycar Series driver. And the spectacle of the 500-mile oval race is a key part of that.

“The first time I went to the 500, I wasn’t racing, but it was just amazing,” recalls Harvey. “I had never seen that many people in one place, never seen that many people excited for what was about to come. Understanding what the 500 represents to Indianapolis as a city is mindblowing. I know what this race means to the motorsport world, but seeing what it meant to the community was something else. It sounds cheesy, but there were goosebumps. I’m British, but when they played the American anthem, I was almost choked.”

This year’s Indy 500 will predictably be a very different affair, due to the pandemic. First, it has been postponed from its traditional late-May date until August, a move initially made by circuit owner Roger Penske in the hope that fans could attend. But as the coronavirus continued to spread in Indiana, attendance was capped first at 50% capacity, then 25%. Finally, the decision was to run the event without fans, potentially robbing it of much of its pomp, tradition and atmosphere. 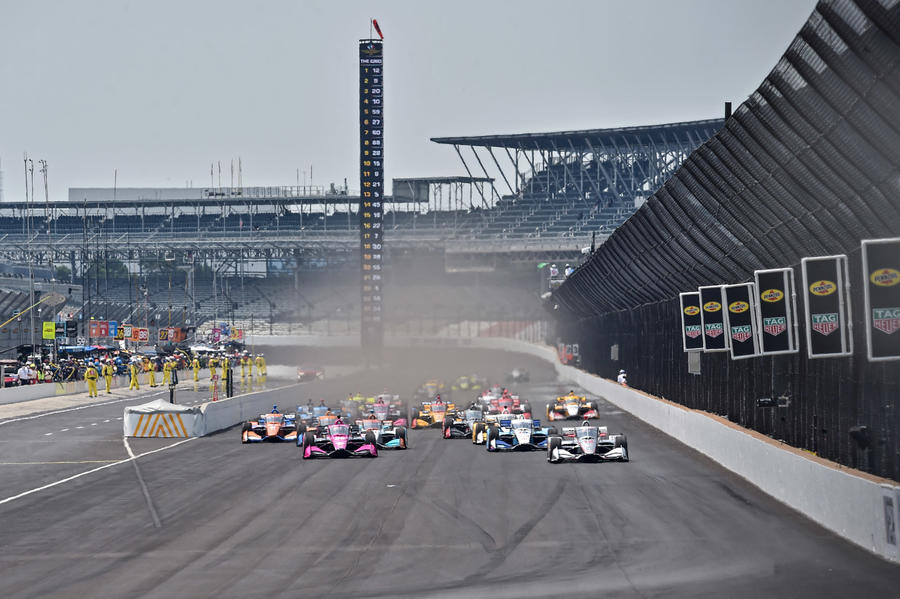 “It’s just so 2020, isn’t it?” says Harvey. “The thing that’s cool about the 500 is the tradition. But in a year like 2020, you can’t be rigid, in a way. You have to be flexible, and everybody at the speedway has made the most of an extremely difficult situation. It’s going to be as different as different can be. However – and it’s a big however – it’s still the Indy 500, it’s still one of the biggest races in the world. If you won, when you looked back, it wouldn’t matter that you won it this year. You would celebrate a win the same way.”

Harvey, like everyone in the Indycar paddock and the wider world, has become accustomed to having to adjust his plans in 2020. The irony for his Meyer Shank Racing team is that this was the first season they had entered with the certainty that they were going to contest a full campaign.

Having won the British Formula 3 title in 2012 and battled for the GP3 Series crown the following year, Harvey found further progress towards Formula 1 hamstrung by his budget so made the switch Stateside. He finished runner-up in the Indy Lights feeder series in both 2014 and 2015 with the Schmidt Peterson Motorsports team but found himself on the sidelines the following year.

During this year off, he built a relationship with sports car team boss and racer Michael Shank and grew it into a one-off Indy 500 drive in 2017. “It wasn’t the intention to race with Michael that year, but we bonded really well and I sold him on it, and he really bought into it,” Harvey says. He then added two late-season outings for Schmidt Peterson.

In 2018, Harvey took part in six races for the Meyer Shank team, whose Indycar effort was run by Schmidt Peterson, before contesting 10 of the 17 Indycar Series races last year. That was a precursor to a full-time deal for this year and next.

“It has been a slog,” admits Harvey. “It has been a progressive journey, and one that has always been heading in an okay direction, but it has taken longer than anticipated.” However, he adds that the deliberate progress was in part planned.

“The last few years have been pretty methodical,” he explains. “We felt building a foundation with a team and with our partners, by doing two partial seasons and trying to generate momentum and create something for long-term, was better than trying to do one season and pinning everything for it. We’ve waited a long time to be in this position, so trying to force it over the line felt like the wrong thing to do.”

Meyer Shank has also for this season switched its technical partnership from Schmidt Peterson to the powerhouse of Andretti Autosport, whose line-up includes 2012 Indycar Series champion Ryan Hunter-Reay and 2016 Indy 500 winner Alexander Rossi. Harvey’s car is effectively run as an extension of the six-car Andretti operation – a massive boost to his development. 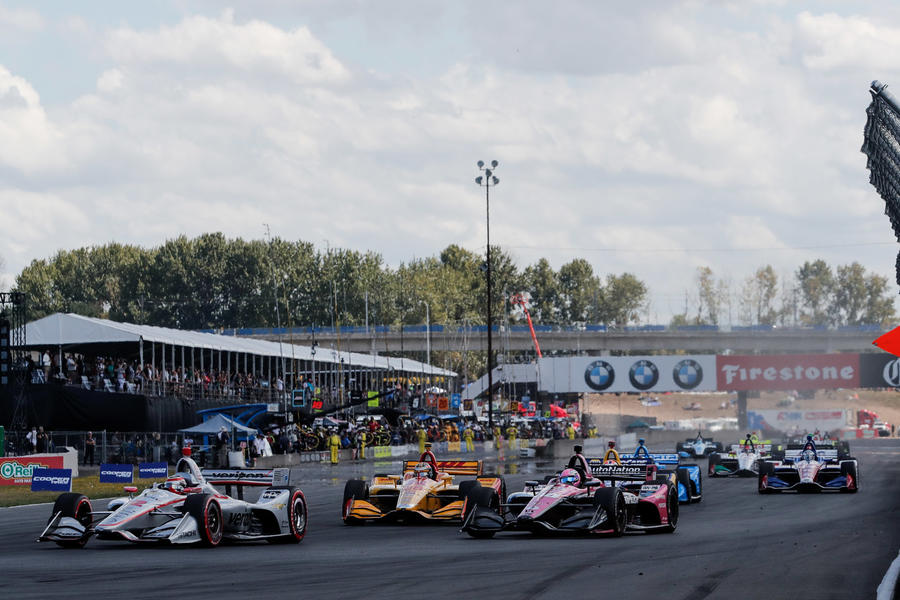 “Our car is one of their cars, basically, so we can go to the track and be competitive week in, week out,” says Harvey. “Everybody shares data, so there’s lots of information to draw on and look at. Sometimes it’s so hard, because there’s just so much information to look at. The opportunity to learn is really high: no matter how quick you are, you’re never the fastest driver in every corner.”

That learning, along with Harvey’s growing experience, has been reflected in the pace he has managed this year, if not his results. Harvey has shown genuine pace, qualifying second on the Indianapolis road course and at Road America. He ran third at the Indianapolis Grand Prix before an unfortunately timed caution period shuffled him down the order, and later a brake failure put him out of fifth place at Road America.

Still, two seventh places at the Iowa Speedway short oval – a track type on which Harvey still lacks form – showed real promise. “That has given us the confidence we can do it on all the tracks North America has to offer,” he says. “Everything is ticking away and heading in a nice direction.”

While numerous British drivers have competed in Indycar in recent years, following the path set by Indycar Series champions and Indy 500 winners Dario Franchitti and Dan Wheldon, Harvey is the only one racing full time in 2020.

Of course, this has been no ordinary season. The pandemic has resulted in the Indycar Series calendar basically being thrown into a blender, with championship bosses scrabbling to pull together a schedule as states suffer varying levels of coronavirus outbreak and impose differing restrictions. Events have been moved, altered, axed or postponed; shortly after Autocar talked to Harvey, a double-header of races at Mid-Ohio was postponed at the last minute.

Having battled for years to enter a season with the certainty of a full schedule, Harvey has had to face complete uncertainty. “We’ve worked from the start of 2017 to finally go full time, we make it happen, we’re all excited and suddenly we get this and it’s ‘wait, what?’,” he says.

But he believes that the uncertainty could play to Meyer Shank’s advantage. “Some teams are used to doing it full time, they understand the schedule and the rhythm and momentum and it builds, and that’s great,” he says. “But we’re used to being part-time and having gaps and breaks in our schedule: we’re used to doing three races, then having a month or several off. So this is a team that can find a half-step between part time and full time.

“The other positive we haven’t had before is that, whether it’s eight weekends or 14 and whether they’re double-header races or not, we know we’re going to every test and every race. It gives us a cup-half-full approach.” 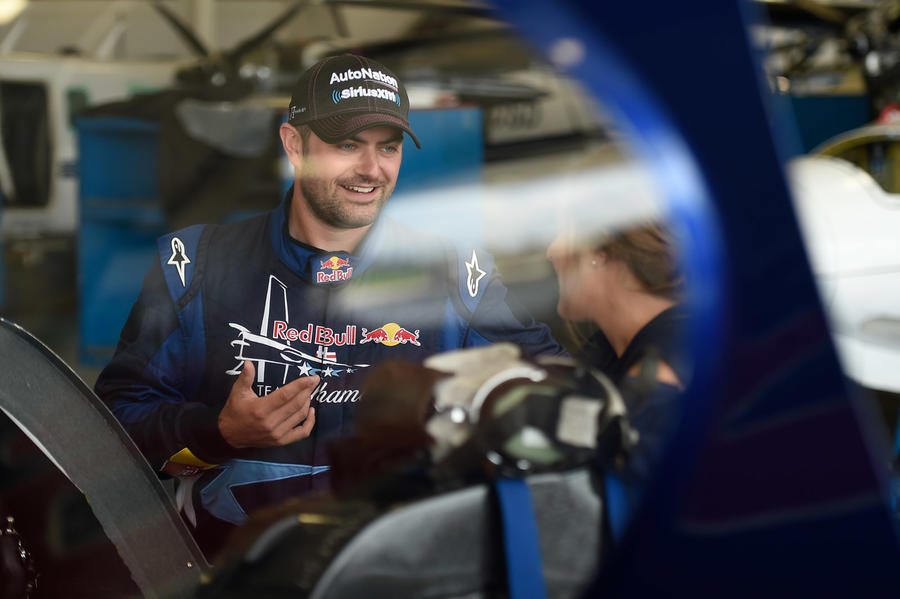 Harvey used the pandemic shutdown to focus on his personal development, but he admits the international travel restrictions have been challenging. While he now lives in Indianapolis, his parents are still in Lincoln. “My dad usually comes to most races,” he says. “Suddenly I’m going to the track on my own, which sounds goofy for a 27-year-old to say, but my dad is a big part of my support team. But the virus has been hard for everybody: it’s scenarios and situations that have never come up before.”

Scenarios such as the Indy 500 running in August and in front of empty grandstands. It will be a new experience for everyone. But it will still be the Indy 500 and, on recent form, Harvey has a real chance of a strong result. Could he somehow score a victory? Fans or not, “to win the Indy 500, given what it means to the motorsport world and the Indianapolis community, you would be part of history, a legend”, he says. Should that happen, you can definitely expect a next-level shindig.

The Indianapolis 500 is packed with enduring traditions, and perhaps the most famous is the celebratory drink offered in Victory Lane. Forget champagne: winners here get a bottle of milk. 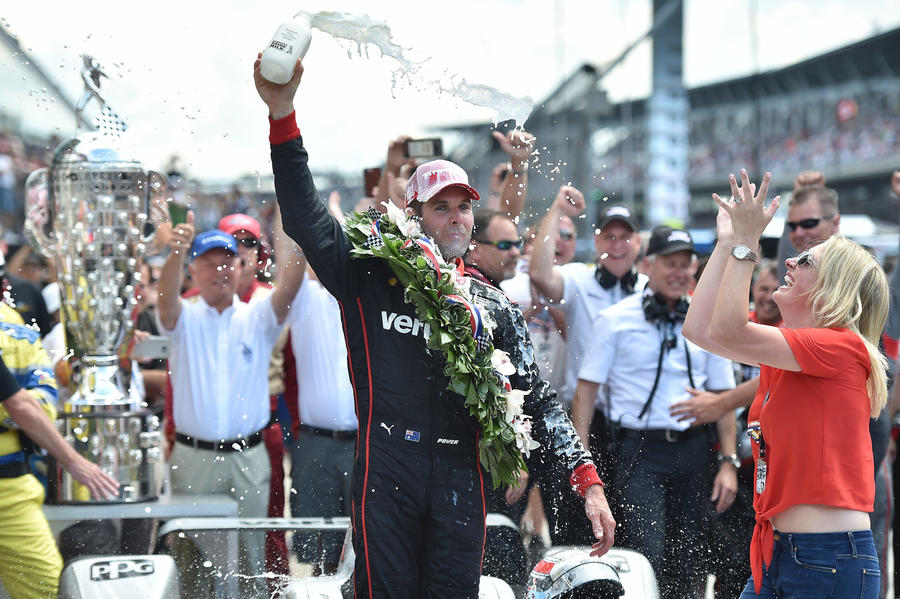 The tradition was accidentally sparked by Louis Meyer, who asked for a glass of buttermilk to cool down after his victories in 1933 and 1936. Seeing a photo in a newspaper and mistaking Meyer’s drink for milk, a local dairy company started providing the race winner with a bottle of milk.

The Indiana Dairy Association now offers drivers a choice of skimmed, semi-skimmed or whole milk – and Jack Harvey reckons that it wouldn’t be a tough decision to make. “That’s easy: whole milk, no messing about,” he says.

Mind you, it’s not always such a simple choice. Brazilian Emerson Fittipaldi sparked a diplomatic incident in 1993 when he spurned milk for a glass of orange juice to promote the grove he owned. When he appeared at the 100th Indy 500 in 2016, he was still jeered by a section of the crowd.

There's also Max Chilton and Ben Hanley of Britain on racing on Sunday....Marco Andretti, Takuma Sato and Scott Dixon are favorites to win...,