Jaguar Racing is heading to this weekend’s Formula E double-header in London – the brand's first first home race in 14 years – on a high: Sam Bird’s victory at the last event in New York has moved the Brit to the top of the points table.

The British team is also up to third in the teams’ championship, just five points adrift of leaders Envision Virgin Racing.

In another positive development, Jaguar has officially committed to the new Gen3 rules that will come into force for the 2022/23 season, making Formula E a key part of its wider Reimagine strategy to become an EV-only premium brand.

Bird, who previously raced for Envision Virgin, has already scored two wins this year and is now the only driver to win a race in all seven Formula E seasons. His team-mate Mitch Evans has raced for Jaguar since the team’s first FE season, and the New Zealander currently sits eighth in the drivers’ points after narrowly missing out on a victory in Monaco.

Autocar caught up with Bird and Evans ahead of this weekend’s London e-Prix.

Have you two perfected your team-mate comedy double act yet?

Evans: “What do you mean by that?”

Usually, when I've done joint interviews with team-mates, they either get on really well or hate each other. I’m just trying to find out your relationship…

Bird: “Honestly, it has been super easy. I’ve known Mitch for the best part of 10 years, we’ve gone through the ranks together. I’m a bit older, but we’ve done similar things at similar times. It has been super-easy to slip in next to Mitch, learn from him and work with him. We work together well both on and off the track.” 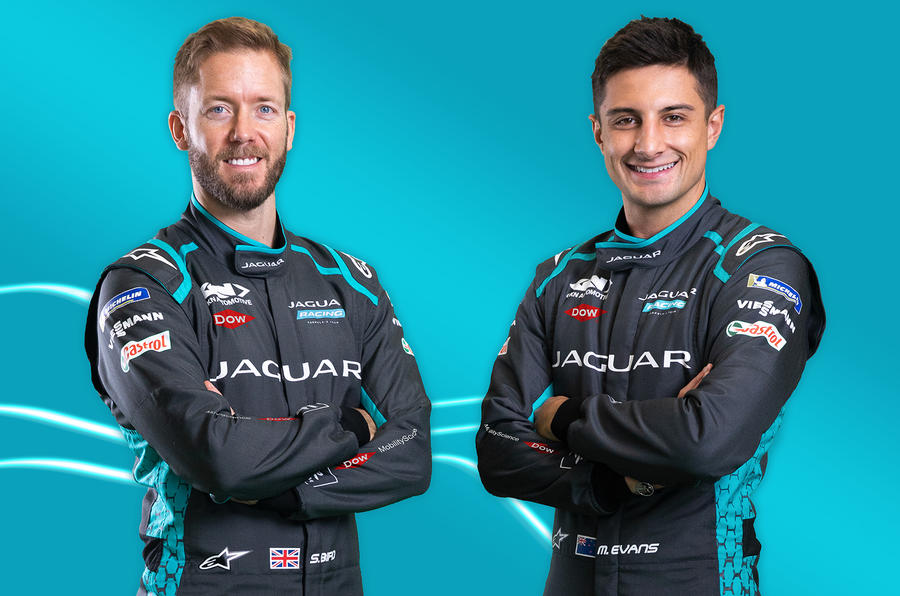 Mitch, you’ve been at Jaguar longer, and Sam has more experience of Formula E. It seems a good combination?

Bird: “I’ve worked with some great drivers in Formula E, but I’m really enjoying this relationship, because it’s working really well to improve the car and it’s super easy off the track.”

Sam, what brought you to Jaguar now?

Bird: “I looked at the move three years ago and spoke to Jaguar. At the time, it didn’t work for many reasons, but you looked at their progression over the past three years and it has just been better and better every year.

"In one race last year, I watched Mitch fly past me as if I was standing still. That was a switch in my head: maybe it was time to make this move and see what I can do with it. I’m so pleased I have.

"Envision are doing so well right now and are a very strong team, but I absolutely believe I’m in the right place to be with such a strong British sporting brand as Jaguar, as a British driver makes sense to me. “

What did it feel like to win on your first weekend racing for Jaguar?

Bird: “The first weekend was a great start and laid a good foundation. It was nice to get a win. I’m really proud of the work that everybody has done. Me and Mitch are pushing each other and the team towards the top of this championship. I think we will continue to do so for the rest of the year.” 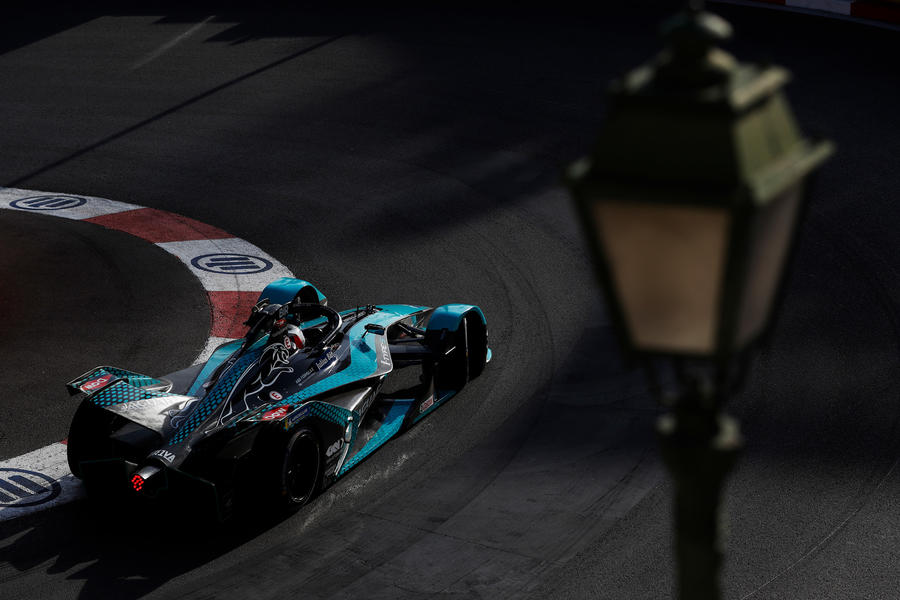 Mitch, you’ve been at Jaguar since the team entered Formula E. How has it developed?

Evans: “The contrast between when we started and now is huge: we’re a completely different team. We operate at a much higher level now. To be part of that progress has been really special, and it’s very rare for drivers to be able to experience that. In the first year, we finished at the bottom of the teams’ standings, and now we’re fighting at the front. To be part of that and help set that direction is just awesome.”

Did you know Jaguar would be a long-term project when your signed?

Evans: “I was always under the impression it was going to be a long-term thing. Contractually, it hasn't been like that: I had only a one-year contract initially, but it has progressed to build my reputation in the team so they would put their trust in me.

"It was tricky at first, when we weren’t the strongest team, so for the team to see that and potential in myself to bring them forward was a great thing.

"The team has been very honest, though. I was never under the impression that we would learn in the first year and the second year would be title contenders. It was always realistic, and the timeline has played out exactly as was set out to me.”

What’s the secret to success in Formula E for a driver?

Bird: “In Formula 1, it’s all about aerodynamics, air efficiency and monotonous fast pace. Formula E is about fast pace, but there’s a large chunk that's about being efficient, rather than being quick. There’s a constant chess battle going on, trying to work out what others around you are doing on energy, where they’re strong and where they might be weak. You try to save in certain places while you prepare to attack - and when you do attack, you don’t waste energy when doing it, because if you do that too many times, all you’re doing is burning energy and not going forwards. It’s the world’s fastest game of chess.” 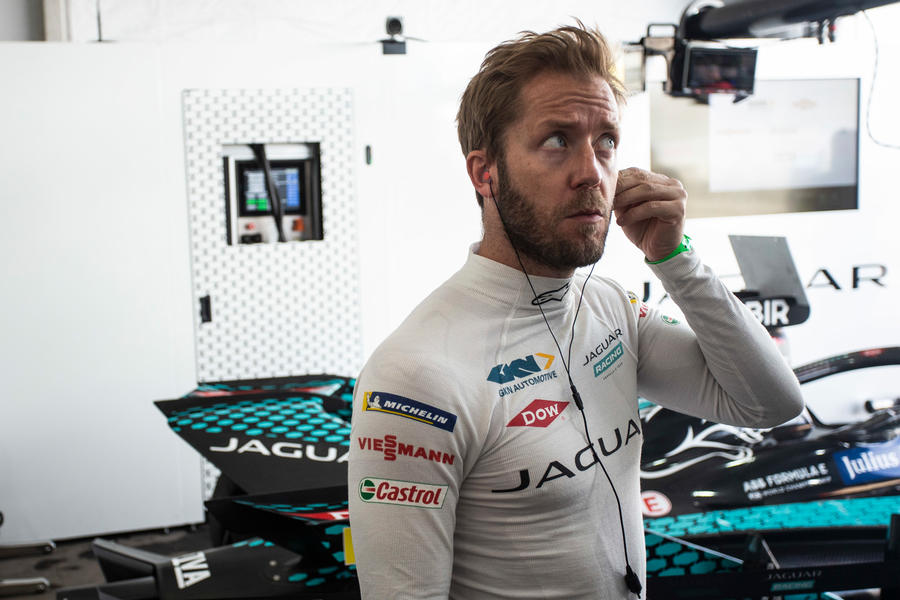 How do you manage the energy when you drive?

Bird: “You go down the straight and then lift off the throttle to coast. You then pull a regen paddle to get something back into the battery. You might need to brake, but you try to keep your minimum speed as high as possible through the corner without scrubbing any speed or overusing the rear tyre, while still trying to maintain a good exit. If you slow too much, you’ve got to get back on the power more, then you have to boost for longer out of the corner, and then your next lift point is earlier, so you use more energy and you’re less efficient – and then you get caught out towards the end of the race.”

Has trying to maximise your efficiency in Formula E made you a better road car driver?

What does it mean to finally have a home race again?

Bird: “It’s very exciting to have a home race. I really loved the Battersea circuit, but I think three people across the road complained or something…”

Evans: “What about, the noise?”

Bird: “Exactly! Anyway, we’ve got a brilliant new venue in Excel, and it’s a world-first indoor-and-outdoor circuit. I’ve walked the circuit, and it will be a really cool event. Let’s hope us as a British brand can give British fans something to cheer about. Imagine winning that race: it would be huge publicity for Jaguar, and for me, I would be a very proud British driver.”

Evans: “And me. I’m part of the Commonwealth.”

Bird: “You should have both flags to hold for that race…”

Evans: "Good plan. I will just wave the New Zealand one more."