After a long and successful career as a racing driver, Allan McNish took over as Audi’s Formula E team principal. We ask how he has found the step up
Open gallery
Close

Back in 2013, Allan McNish finally won the FIA World Championship that he had always craved, in what turned out to be his final season as an active racing driver. Clinching the World Endurance Championship (WEC) with long-time partner and friend Tom Kristensen and Frenchman Loïc Duval was the perfect sign-off from a long, varied and monumentally successful career as one of the world’s best sports car racers.

“Clearly you go into every year wanting to be successful, but there’s an extra focus when you already know that it’s your farewell season,” says the 51-year-old Scot, who has already tasted (non-World Championship) Formula E success with the Abt-run Audi team when it won the title in 2017/2018. “You want to deliver in your last race, as I know. There’s no doubt that we have extra energy because of that. You’ve only got one final run at it.”

Audi’s decision to withdraw from Formula E was announced in December, awkwardly just as the team was preparing for a pre-season test in Valencia, Spain. Two days later, BMW went public on its own pull-out, also at the end of this season, to complete a double body blow for a series that’s used to luring manufacturers rather than losing them. 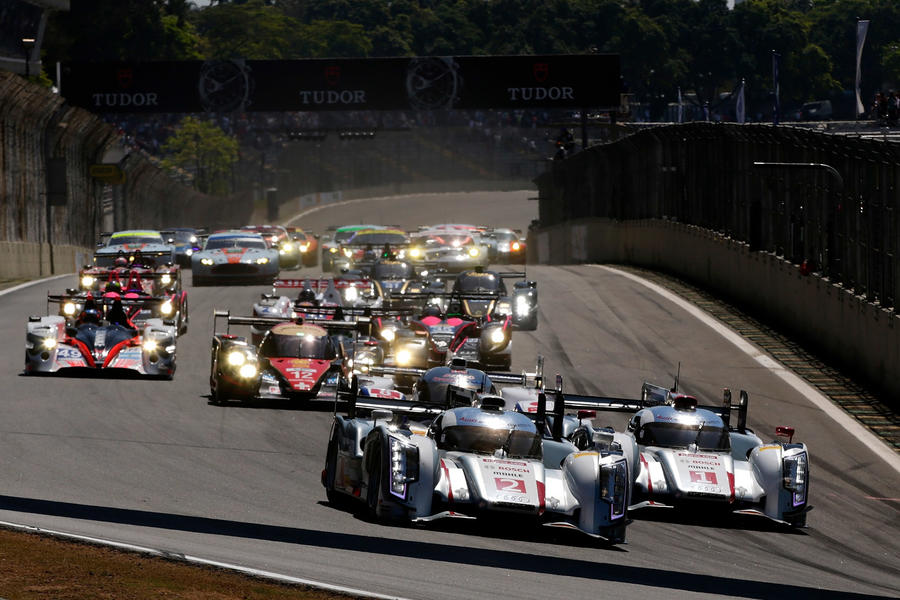 “Obviously I knew the Audi one was coming, but I didn’t know about BMW,” says McNish. “We had a timeline for board meetings and decisions, as everybody does. When it came out was unfortunate, but the timing wasn’t possible to change. It’s a realignment of the motorsport strategy that came from a high level of where we are and where we’re going.”

While Audi will continue to support customer team Envision Virgin until at least the end of next season, its decision represents a snub to Formula E’s more powerful Gen3 regulations, which are set to be introduced for 2022/2023. Instead, its focus switches to an intriguing 2022 Dakar Rally assault with an all-new off-roader based on its E-tron electric SUV. Then in 2023, Audi will return to its old stomping ground, the sports car endurance racing scene, with a car built to the new Le Mans Daytona Hybrid (LMDh) rules.

As for BMW, its future motorsport plans – if there are any – currently remain a mystery.

“Audi always wants to be ahead of the game in the championship they’re in and with the technology they’re bringing,” says McNish. “Remember, they came to Formula E and raced a complete season before they had the first E-tron road car even to be shown to the markets, never mind being sold. So it’s about where they’re going forward into the future.”

His perspective on Formula E’s present and future challenges offers further insight into the decision. “Every manufacturer has got their opinion on whether the new Gen3 regulations should be a little more open or closed,” he says. 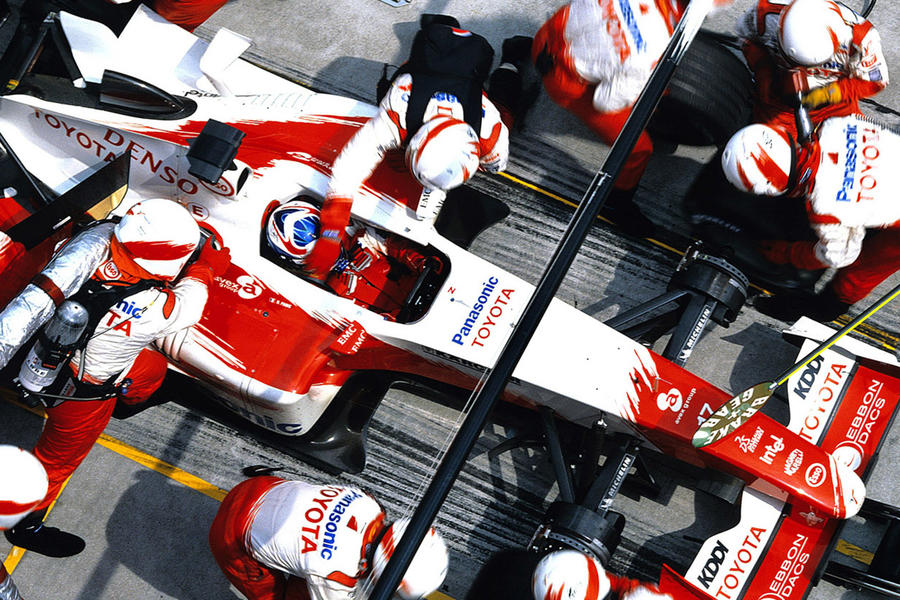 “Formula E has some speed bumps to overcome. They have to maintain their growth and make sure there’s a return on investment for all teams. That’s the big one going forward. Formula E must have a sustainability message: not just environmentally – which clearly they have to push – but also in terms of the financial side. That’s something they’re attacking with cost caps.”

Change is something that McNish has always embraced, as his smooth transition from racing driver to team principal shows. But how is he handling the responsibility? “The pressure doesn’t bother me,” he says. “I wouldn’t say that it’s more than you have as a driver. It’s spread wider, though. When you’re picking up a trophy, you feel incredible pride, because it’s for everyone in Neuberg [Audi Sport’s base]. That was a strange sensation for me, to be honest. As a driver, I was proud for the team, but I was bloody proud of what I did; it was more personal. As a driver, you see a narrow view as you look through your visor.”

Also typically of his breed, McNish lives in the present – and right now, his eyes are fully trained on the Formula E prize. The end is coming, but it’s not here yet. The E-tron FE07’s all-new powertrain, produced in-house for the first time, is a clear signal that no one at Audi is taking their foot off the spark pedal – least of all the drivers.

How has McNish found managing them? Former champion Lucas di Grassi was an LMP1 team-mate, has vast experience and is known as a strong character, while René Rast is a three-time DTM touring car champion who had just one Formula E start to his name – his only single-seater experience – when he was drafted into the squad last summer following Daniel Abt’s sacking for cheating in an esports event. “They’ve been relatively easy so far, because they’ve not been racing on the same piece of track,” says McNish. “They’re different characters. Lucas is a known quantity, a street fighter. He does get into a bit of rough-and-tumble sometimes, but he usually comes out okay. You know he’s going to bag points, and that’s something any team needs.

“René coming in for Berlin last year [where six races made up for cancellations] was a relatively obvious choice, because he has been quick and has won in pretty much everything he has done. 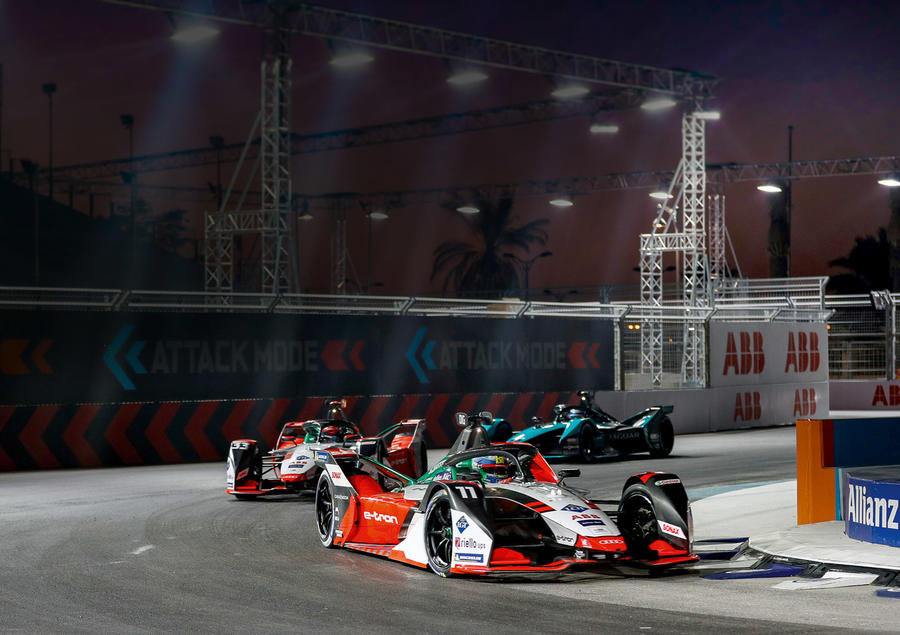 “He’s extremely analytical and considers how he interacts with the car, not how the car interacts with him; then he will adapt and mould. Once he did that, I was super pleased and honestly a little bit relieved. Then in the last two races, he delivered in two consecutive qualifying sessions. Once it had clicked in his head, he could repeat it. And that’s what he did in the DTM.”

Both di Grassi and Rast are now vying for a World Championship, rather than a simple title. Does that make a difference? “It will when someone has won it, not before,” says McNish. “It’s a much bigger prize.” As an example, McNish won three American Le Mans Series titles during his stellar career: major honours and world titles in all but name. But guess which trophy takes pride of place in his collection... even if his 2013 WEC replica (the FIA keeps the real one) reached him only last year! Talk about a seven-year itch…

So how long before he gets to order another replica? If not this year, could it be as the boss of Audi’s triumphant LMDh team at some point in the still distant future? McNish laughs, having known all too well that this one would come up. “It’s the obvious question,” he says. “I know the LMDh situation very well and have been a part of it up until now. But that’s 2023, and frankly I’ve got enough on my plate for 2021 before thinking about that.”

That’s not a no, then… But as Frank Lampard predictably discovered at Chelsea, management is no picnic. Is this really McNish’s future? Silence. “I’m pausing with that one, because I once stated that I never wanted to run a race team because I didn’t want to deal with people like me!” he finally replies. “I will continue to push to do what is a passion – and motor racing is my passion. I need to have something that sparks me up in the morning, that makes me want to give everything. Even though I’ve stopped racing, it’s still a 365-days-a-year thing: I’m still thinking about it one way or another. And I love that. But I’m aware that things evolve. I don’t think you can say ‘that’s what I’m going to do for the next 10 years’, because 10 years ago, I was still a racing driver and there was no way I ever thought I would be a team principal. And there was no way I ever thought I would be the team principal in a bloody electric racing car series! I’ll take it stage by stage.” 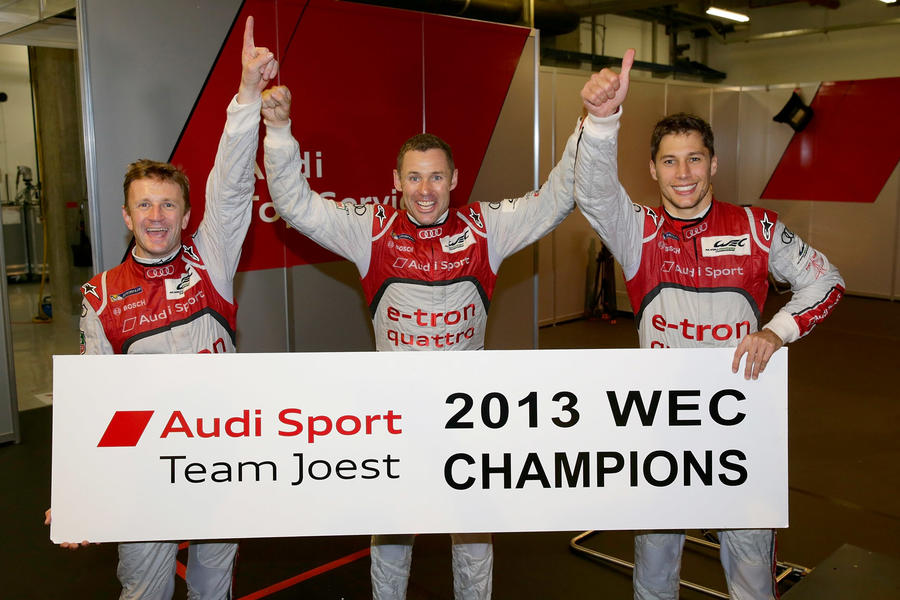 McNish standing on the Le Mans podium, holding aloft that famous trophy with his trio of Audi drivers… it’s a romantic notion, and not exactly out of the realms of possibility. But dreams are for sleepers, and Audi’s Formula E team principal is wide awake to the challenge that he’s facing in the here and now. And in racing, now is all that really matters.

From sceptic to enthusiast

As the son of a car dealer, McNish understands electric car sceptics only too well. In fact, he used to be one. “From a sporting point of view, I was cynical,” he says, while happily admitting that he now runs an EV as his daily transport from his home in Monaco.

“I sat in a grandstand with my wife and two kids when Formula E first came here to race [in 2015]. I never went near the paddock, and I have to say I wasn’t impressed. The racing was quite good, although it was a bit crash-fest, but there was a bloody disco as soon as the race started to counteract the lack of noise. Still, I could see they were trying something new, and I’m always open to new ideas.

“Then I went to Berlin in season two and it had definitely moved on, no question. It just became more efficient and professional; it became real, something tangible – and something you could never do if it wasn’t electric. All these places that Formula 1 has always talked about... but you could never do this in the middle of Paris or New York.

“It brings racing to communities, too. Instead of asking people to drive somewhere, you take the event to them, and I’m a big fan of that. There are more families at Formula E races than I’ve seen at other motorsports for a long time, and that has to be a good thing.”