BACK TO ALL NEWS
Currently reading: On the trail of Bruce McLaren in New Zealand
UP NEXT
Worth the weight? Lotus Emira first ride

On the trail of Bruce McLaren in New Zealand

This is what happens when you unleash 31 McLarens in New Zealand, where company founder Bruce began racing
Open gallery
Close

McLaren takes 31 wealthy owners on the trip of a lifetime in New Zealand.

I must be dreaming. The Brazilian driver sitting next to me is wearing a name badge that reads ‘Senna’, we’ve just overtaken racing legend Derek Bell at over 130mph and in the door mirror is a McLaren F1 in hot pursuit. If this all sounds too fantastic to be true, then you are not one of the 31 McLaren owners enjoying the ultimate driving adventure. Each one has paid up to £50,000 to take part in the first official tour organised by the Surrey-based supercar maker.

A week-long drive across the homeland of Bruce McLaren, the Epic New Zealand Tour is a return to the company’s spiritual home in the southern hemisphere. It’s also a chance to drive the cars to their full potential and pay homage to the great man himself.

Only McLaren customers were invited to attend the tour, which includes two track days, a helicopter ride with All Blacks hero Ritchie McCaw and the very best food and wine that Kiwis have to offer. It’s an exclusive motoring club of millionaires and enthusiasts from around the world.

They’ve shipped in their cars from as far afield as California, Hong Kong and Europe to take part. The hot metal on show includes every current McLaren model, plus a P1 and the holy grail of McLarens, a priceless F1. 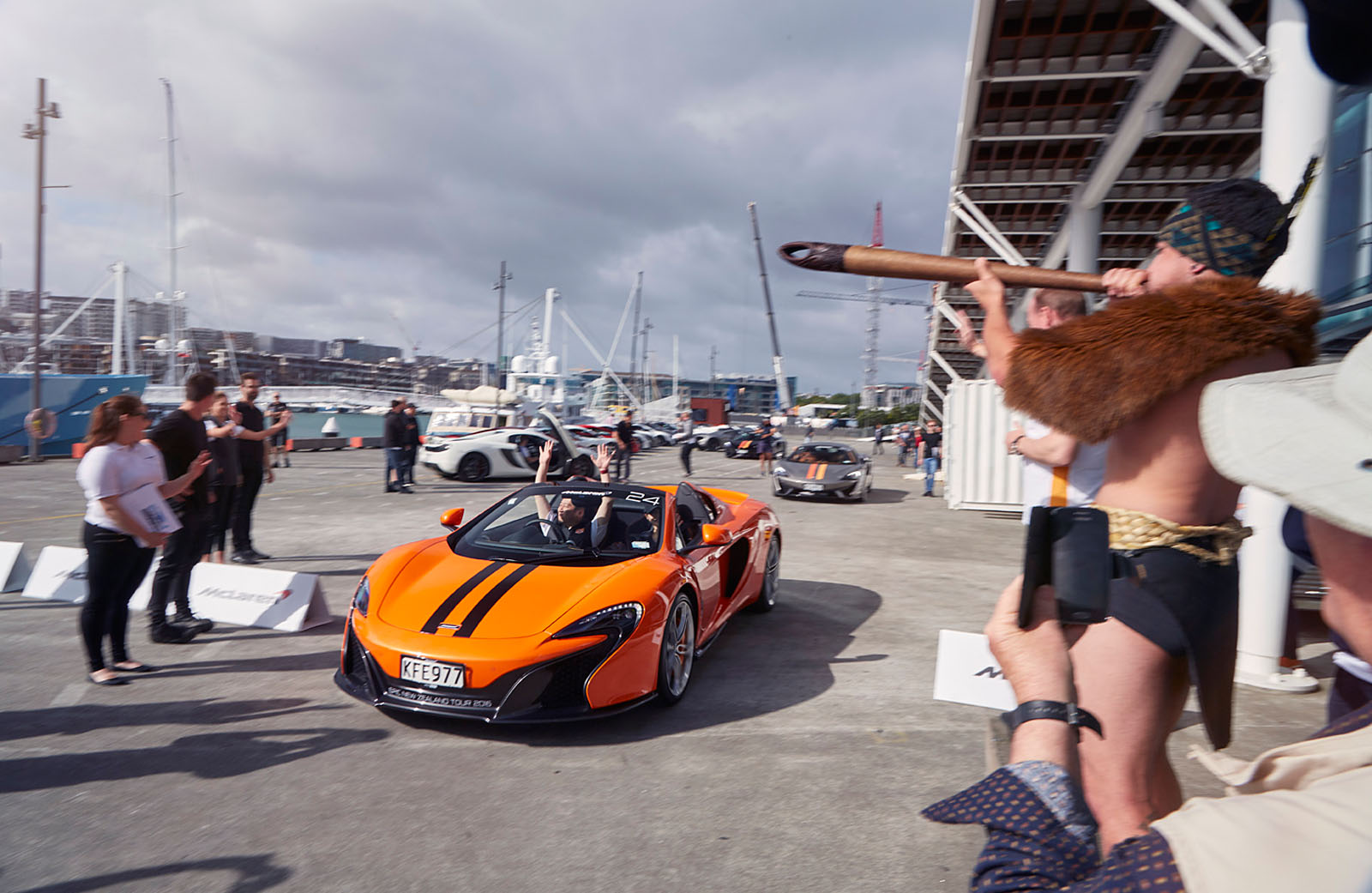 Mingling with the owners is fivetime Le Mans winner Derek Bell – himself a McLaren driver in the late 1960s. Bruce’s daughter, Amanda, is here, too, as well as former Williams Formula 1 driver Bruno Senna, nephew of the legendary Ayrton.

The Epic New Zealand Tour has all the ingredients of a high-octane cocktail – and it almost passes off without incident, apart from one very expensive accident on the final day…

Senna is having a problem with his GoPro camera. He’s trying to attach it to the roof of a McLaren 675LT using a suction pad. The only problem is that Senna is urging me to drive faster and the laws of aerodynamics aren’t in his favour. The Brazilian is as obsessed with technology as he is with cars. He races custom-built drones for fun, loves engineering projects and is also a factory driver for McLaren on the GT3 project – a stripped-out racer based on the 650S. “New Zealand is a special place for anybody involved with McLaren,” says Senna, as we head south from Auckland on day one. “Bruce was a grand prix-winning driver, a pioneering car designer and founder of one of the most successful F1 teams in history. Like my uncle, he truly deserves to be called a legend.”

New Zealand may be similar in size to the UK, but it has a head count of just over four million, so the roads are refreshingly empty. And it seems the population has a voracious appetite for motorsport. Hundreds line our route to see the cavalcade pass, many waving McLaren banners or photos of Bruce himself

Bruce McLaren was born in Auckland, where his parents ran a garage. He entered his first hillclimb in an Austin 7 Ulster when he was 14 and was later selected by the country’s Grand Prix Association for its Driver To Europe scheme for promising racers.

He joined the Cooper factory team alongside Jack Brabham and won the 1959 US Grand Prix – the youngest winner ever at the time. After more wins, he set up McLaren Motor Racing, which competed in F1 and then very successfully in Can-Am.

McLaren died on the Lavant Straight at Goodwood in 1970 while testing a new Can-Am car. He had famously written in a 1964 motor racing book: “To do something well is so worthwhile that to die trying to do better cannot be foolhardy.” 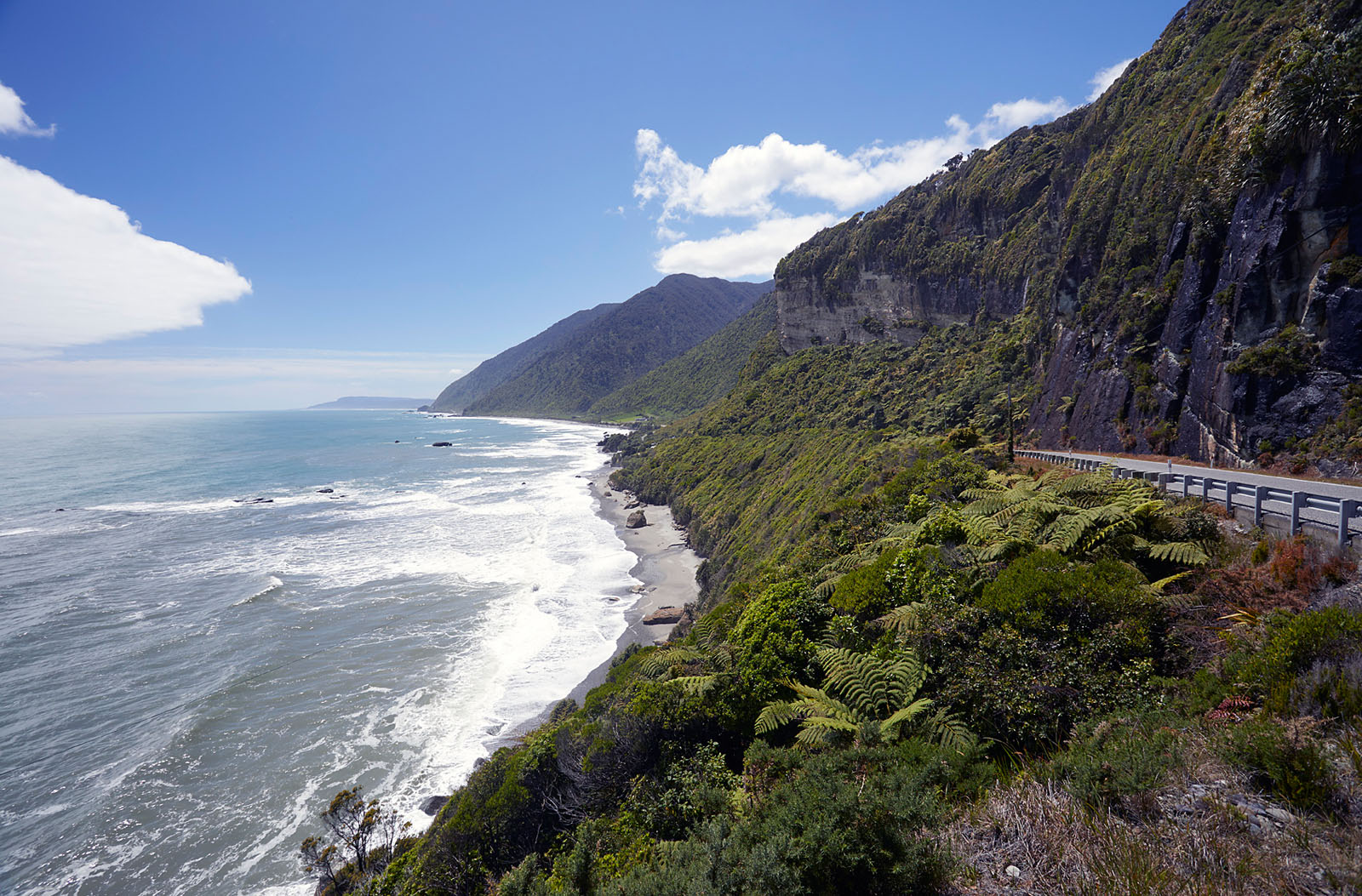 Thirty miles south of Auckland, we take a detour off State Highway 1 to drive past Pukekohe Park Raceway. Now a horse racing venue, Pukekohe originally opened in 1963 as the venue for the New Zealand Grand Prix.

Our first stop is the Bruce McLaren Motorsport Park, about three hours south of Auckland at Taupo, in the centre of the North Island. Formerly called Taupo Motorsport Park, the 2.2-mile track was renamed in Bruce’s honour in 2007, although he never raced here.

It’s a chance for owners to size up fellow drivers and show off their track skills. Some have brought their own set of slick tyres, but it’s now lashing down with rain, preventing a full-on assault on the lap record. The next day the route heads south-east towards the winegrowing region of Hawke’s Bay. We’re not here to sample local produce, though, but to pay a visit to one of the oddest car museums on the planet.

New Zealand roads are dominated by Asian imports, but British cars were the norm until the 1980s. The British Car Museum has a wildly quirky selection – including 36 Morris Minors, a mustard Austin Allegro and countless others that, perhaps, should be left to rust in peace. At least it has a good stock of old Autocar magazines.

There’s a note on my hotel pillow when the tour arrives in Wellington. It tells me not to worry about the cracks in the walls, or any missing tiles in the bathroom. It’s a sobering reminder of the earthquake damage that this part of the country has suffered in recent months.

Manoeuvring so many low-slung vehicles onto the inter-island ferry the next day could have expensive consequences. However, McLarens have electric height adjustment, which takes the scrape out of the loading process. Soon we are passing through the stunning Marlborough Sounds on a four-hour crossing to the South Island.

The scenery suddenly steps up a gear, too, as we detour away from the earthquake-hit Christchurch region, down the scenic west coast. More and more people have turned out to watch, applauding us through tiny villages and swarming around the cars at every stop. 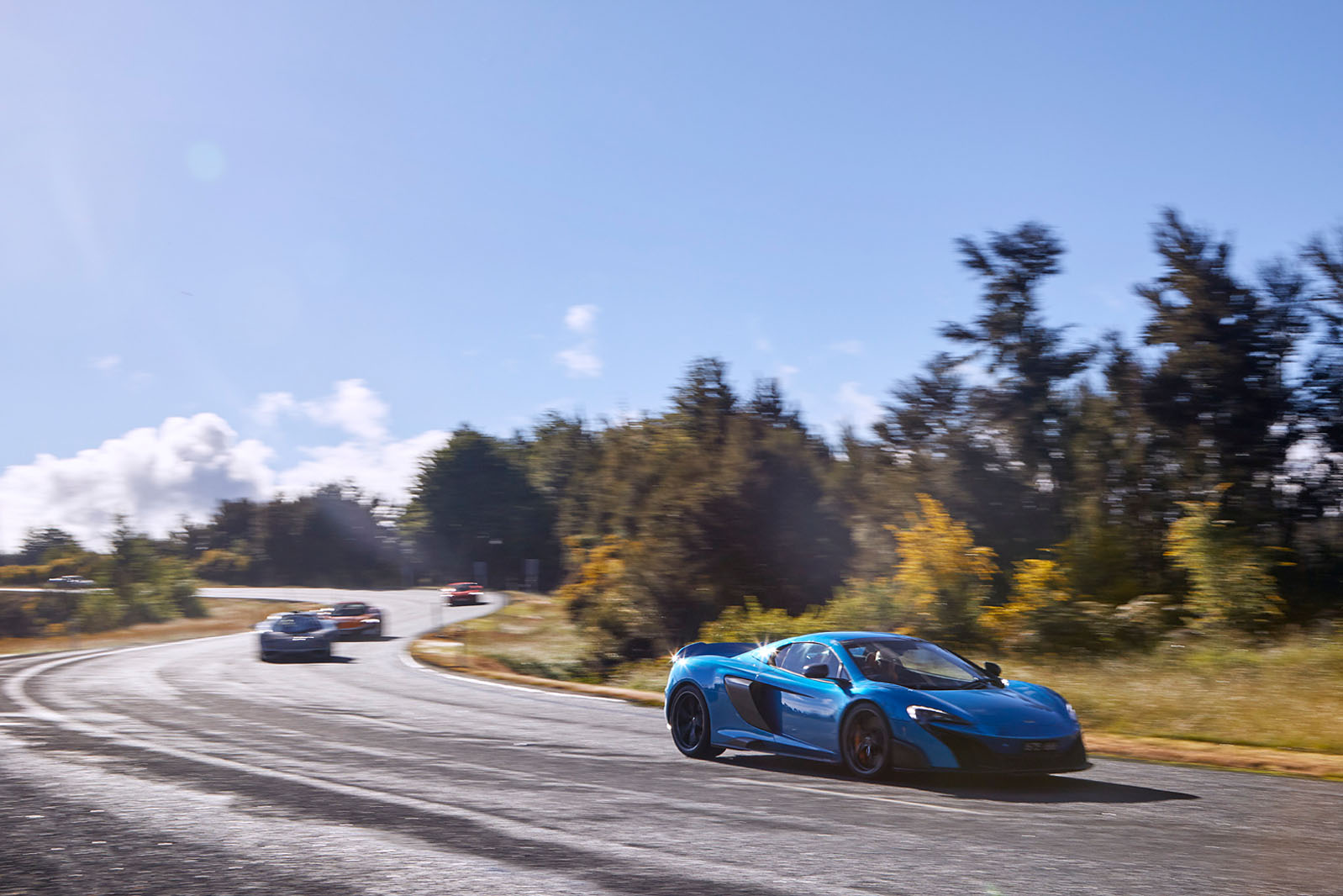 We arrive at Lake Tekapo as a Chinese couple tie the knot at the shore-side Church of the Good Shepherd. Never mind the chapel as a backdrop: the pair seize the opportunity to have their wedding photographs taken beside a McLaren instead.

As each day passes, the roads become increasingly entertaining in the South Island. I’ve swapped cars from a 650S into a 570GT. It may be 35kg heavier than the ‘standard’ 570S, but it adds more creature comforts for touring.

The side-hinged, opening rear screen is a hit with schoolchildren, too. Each morning, scores of them are waiting in our hotel car park to wave the tour on its way. I set up a rota system with their teacher, so they can all be photographed behind the wheel.

If you wonder what gets a pack of wealthy supercar owners to open their wallets, it’s a car like the 570S GT4. The finale of the drive comes at newly opened Highlands Motorsport Park, where ex-BTCC driver Danny Buxton shows what the racing version of the 570S can do.

The Epic New Zealand Tour has covered more than 1000 miles, with barely a speeding ticket along the way. So it’s unfortunate that, on the final day, the most expensive car on the trip is damaged in a non-injury accident near Queenstown. The grey F1 is covered in a sheet and ends its adventure rather ignominiously on the back of a recovery lorry.

That night I ask Amanda McLaren what her father might have thought of the Epic New Zealand Tour. “I think he would have felt honoured,” she says. “He was a very proud Kiwi and went back [to New Zealand] as often as he could. You only have to look at the response from residents here almost 50 years after he died to see how his memory lives on.”

I was privileged to be part of a very different driving event with Amanda McLaren 25 years ago, taking a Honda Civic around the coast of Britain to set a new petrol fuel economy record.

It was led by 'Mad Scientist' Dr Shigheru Miyano together with members of the S800 & Honda drivers' clubs plus a Kiwi contingent, including Amanda.

We made it into the Guinness Book of Records (with 78.9 mpg) in a Civic VEi which was a standard factory model - apart from the papaya orange paintwork which, I hear, may make a welcome return to McLaren's F1 cars in 2017. Good on Amanda McLaren for upholding the heritage of the team her father created.

....of shipping 31 McLarens to a country with a rigorously enforced 62mph sleep limit. Pretty though it might be.
Ryan Bane 6 February 2017

....a country with a rigorously enforced 62mph sleep limit. Pretty though it might be.

Over 60000miles of roads and barely a thousand traffic enforcers in NZ. Pick your time and place, pretty low risk of being caught. Otherwise plenty of tight and twisty roads where 60-65mph is still a lot of fun. Not forgetting the extraordinary scenery in the South Island.