BACK TO ALL NEWS
Currently reading: McLaren 650S successor to get new driver display system - video
UP NEXT
New 2023 Porsche 911 GT3 RS is "most track-focused" ever

McLaren has revealed a new driver display system for its 650S replacement, which will be revealed at the Geneva motor show next week.

The innovative folding display shows a range of information as an upright screen, with the format changing depending whether you are in Comfort, Sport or Track driving modes.

When the display slides down, it shows only essential information on a strip. McLaren says this is ideal for drivers wanting minimum distraction, whether that’s on a track or for simplicity.

The McLaren 650S replacement will use a new 4.0-litre twin-turbocharged V8 and get upgraded brakes.

That braking distance is six metres less than the 650S, and its replacement will get lighter, stiffer brake calipers and carbon-ceramic discs as standard. McLaren has also developed a bespoke Pirelli P-Zera Corsa tyre which, it says, provides a 6% improvement in mechanical grip compared to the 650S.

A video shows the car during dynamic testing driven by Chris Goodwin.

It will be powered by a new 4.0-litre engine, which is expected to exceed the 641bhp on the current 650S, and will be showcased by engine bay illumination when the vehicle is unlocked.

McLaren also claims the new exhaust system creates a clean, crisp exhaust note to “match the extreme performance of the engine, with the further option of a sports exhaust”.

The brand has previously confirmed the model will get a new generation of active chassis control system which will give it the “widest breadth of dynamic ability of any McLaren”.

Proactive Chassis Control II enables drivers to choose from Comfort, Sport or Track modes and, using sensors around the car including an accelerometer on each wheel hub, analyses inputs from the road to adjust the damping automatically.

It also includes ‘Variable Drift Control’ which McLaren says will allow the ESC intensity to be controlled via a finger swipe across a control on the infotainment screen. 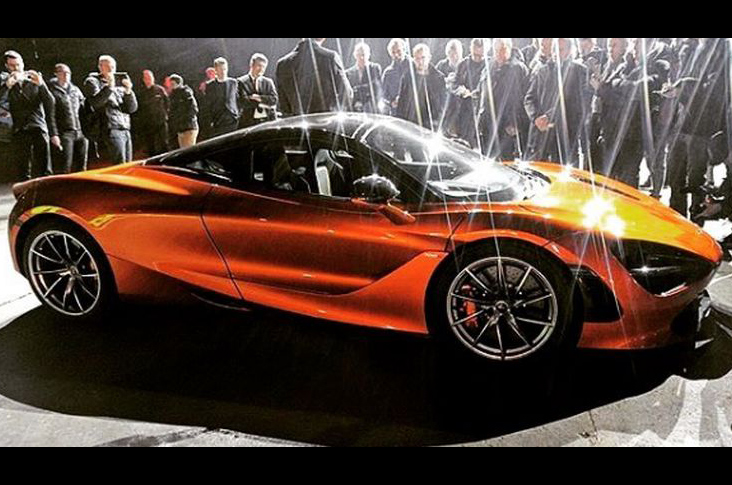 The car is due to be unveiled at the Geneva motor show in March and will also be twice as aerodynamically efficient as the current 650S, according to the manufacturer.

An active wing extending across the full width of the second-generation Super Series model moves upwards and increases in angle to optimise aero efficiency. The wing also deploys to its most extreme angle as an air brake in less than half a second.

The car’s cooling efficiency has also been improved by 15%, with increased airflow to the radiators through a new design of a dihedral door. Adopting technology first seen on the P1, ducts within the door structures force air from the top of the doors down into the radiators and draw air out of the front wheel arches to create increased downforce. 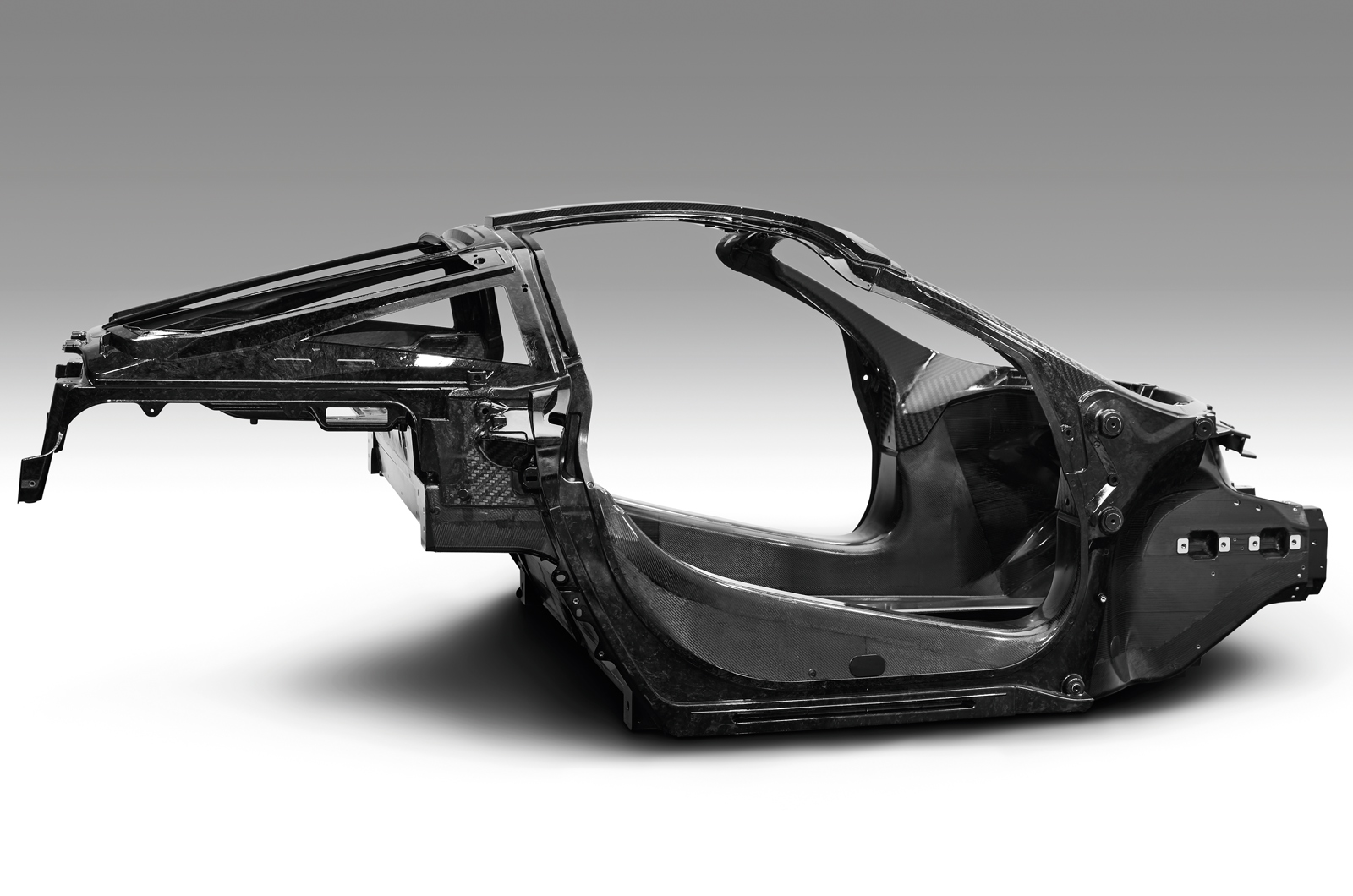 The P14's monocoque, called Monocage II, uses a T-bar-shaped roof structure that allows for the extended dihedral doors, along with a wider entrance and lower sills for better access, similar to the iconic F1.

That weight reduction is largely due to the monocoque too, which uses carbonfibre to offer “an ultra-lightweight” and “immensely rigid” architecture, according to the supercar brand. 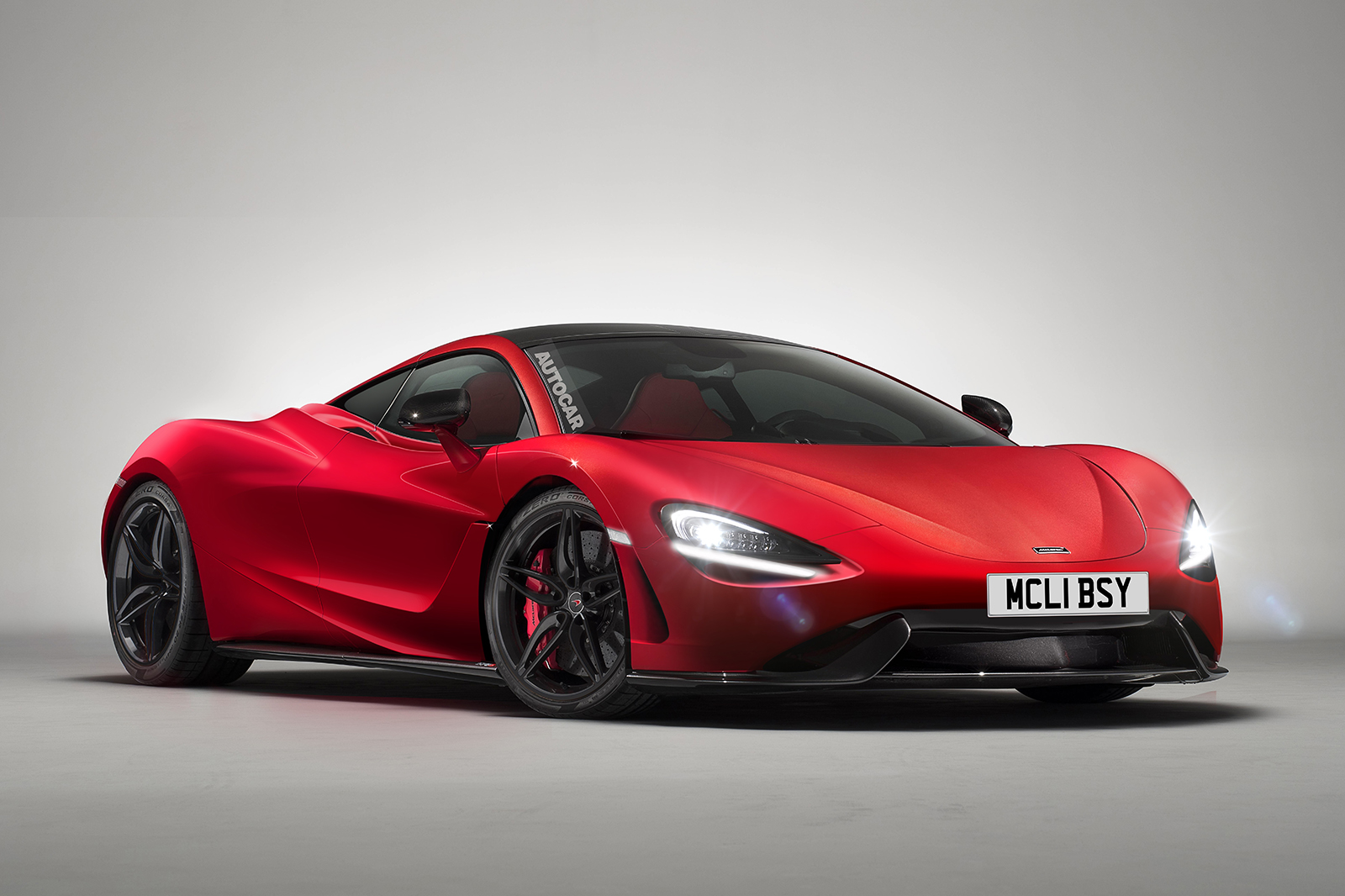 McLaren boss Mike Flewitt said: “This is the first time we have replaced a product family. The new Super Series will be a revolutionary leap forward, both for our brand and the supercar segment.

"Super Series is the core of the McLaren business and personifies the blend of extreme performance, crafted luxury and unparalleled driver involvement that is the McLaren heartland," he added.

McLaren design director Frank Stephenson has previously said the P14 will be “even crazier” than the P1 hypercar. As shown by previous spy shots of a development car, the company’s established hallmarks, such as the distinctive side-mounted air intakes and front bumper design, look to have been ditched for a new design, which makes use of LED headlight technology.

The cabin is also expected to be overhauled, with a new and more intuitive control system.

The production version of the P14 - the first of McLaren’s vehicles ever to be replaced - will be the first of the 15 new McLaren models due by 2022.

Looks an amazing piece of kit...

Sure the engine will make the right noise. Not sure that binnacle reaks quality..
jl4069 1 February 2017

If they can use those sensors in the wheels...

for adjustable suspension then they can use them to greatly improve steering "feel" sending signals from the wheels right to the steering wheel. Even better would/will be signals from the tires. Now that would be something: we could have it so if even if 10% of the tire is losing grip we could be told that with the steering lightening up by 10% and if 50% and so on. j
Driving 6 January 2017

not the marjet, sorry but more mclaren copying the body contours of a ferrari 458
Driving 6 January 2017