BACK TO ALL NEWS
Currently reading: One-off McLaren 720S by MSO revealed at Pebble Beach
UP NEXT
Rodin FZero: V10 weapon aims to be world's fastest car

A one-off McLaren 720S has been revealed, created for renowned car collector Michael Fux, who built a multimillion-pound business empire around the sale of memory foam mattresses after arriving in the US from Cuba penniless aged 15.

Fux has a collection of around 130 luxury and supercars, many of which are finished in bespoke and often garish colour schemes. These include 25 Ferraris, 12 Porsches, 11 Aston Martins and six Rolls-Royces, plus a McLaren 12C, 12C Spider and P1, finished in orange, purple and green respectively. He is famed in the US for his philanthropic exploits, including raising money for charities by displaying his cars. 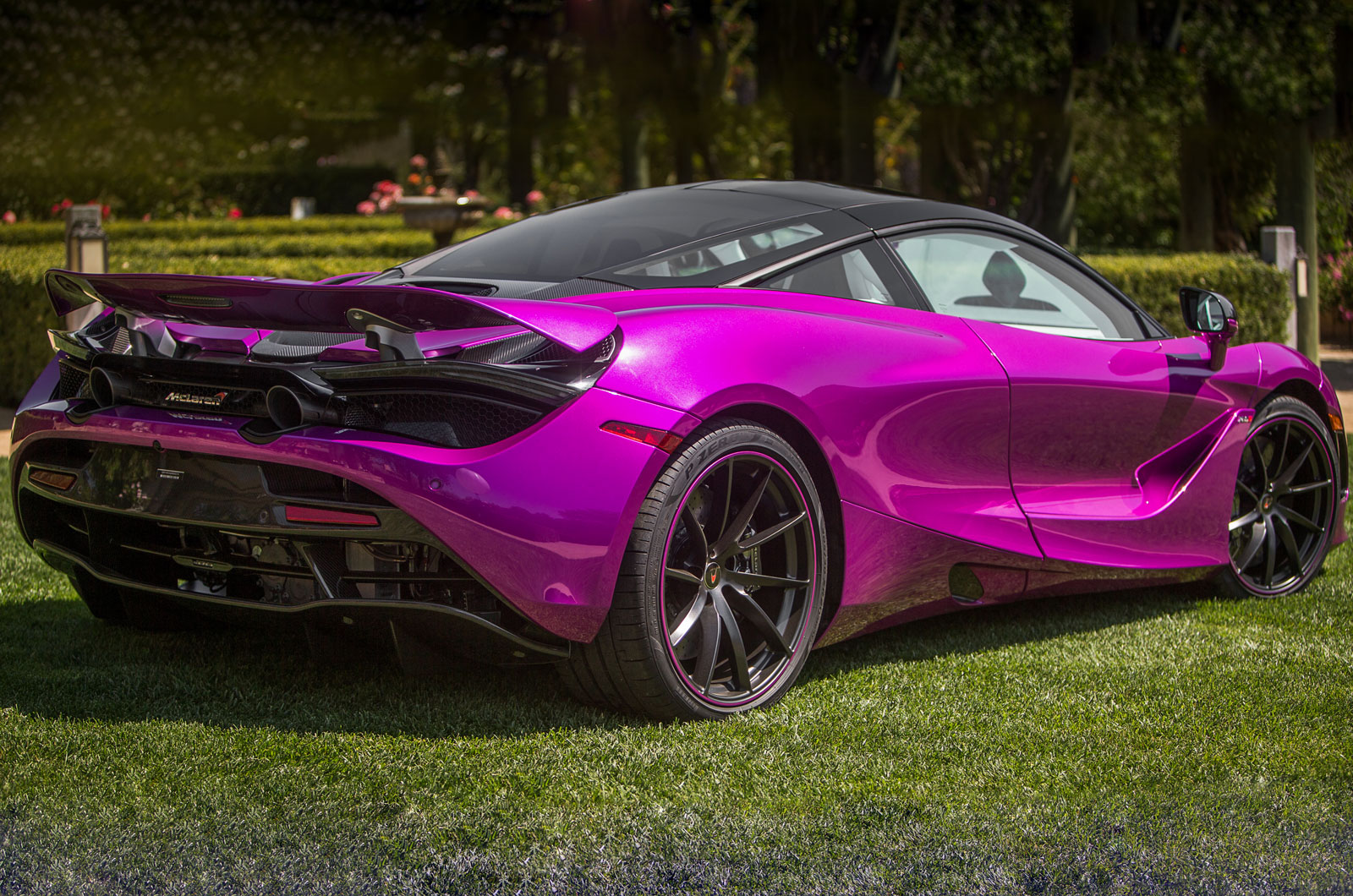 His McLaren - created by the firm’s bespoke McLaren Special Operations (MSO) division - is in keeping with Fux’s penchant for eye-catching designs and features a fuchsia-coloured paint finish and white leather interior. The exterior colour is named Fux Fuchsia and was originally created by Rolls-Royce for him before being redeveloped by MSO for the McLaren.

Other details include using the fuchsia colouring on the wheels, inside the doors, as a pinstripe on the steering wheel and for the rear-view mirror. Elsewhere, white dominates, from the leather to the stitching. The exhaust and window surrounds are finished in grey and some areas of the car are highlighted with a carbonfibre finish.

No mechanical changes have been made, so it is powered by a twin-turbocharged 4.0-litre V8 like other 720S cars, sending 710bhp to the rear wheels via a seven-speed dual-clutch gearbox. 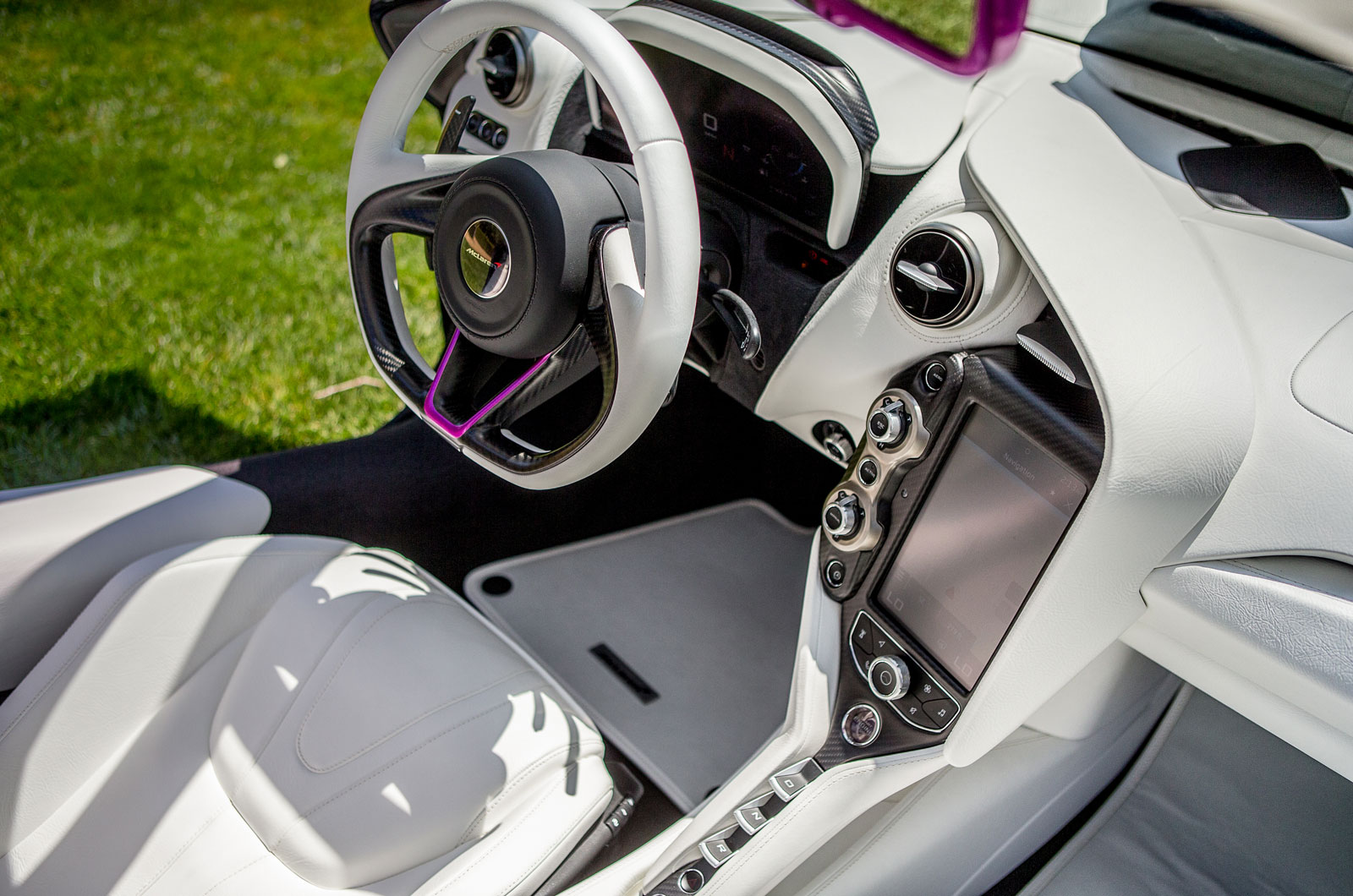 The car was presented to Fux by McLaren Automotive boss Mike Flewitt at the Pebble Beach Concours d’Elegance. No price was revealed, although it is likely to have been substantially more than the £218,020 charged for 720S in Luxury spec. Based on Autocar's understanding of previous bespoke commissions, the modifications are expected to have cost around half the price of the car again.

“MSO provides McLaren owners with virtually limitless possibilities to tailor a car exactly to their needs and tastes - there are opportunities from unique paint colours and finishes all the way up to complete vehicles designed to individual specification,” said Jolyon Nash, McLaren Automotive’s executive director for global sales and marketing.

Hats off to the guy, I like it. Vastly more tasteful than anything Kahn or Mansory turn out.
Bob Cholmondeley 18 August 2017

I don't have any problem with

I don't have any problem with a supercar being painted in an eyecatching colour but, white interior just doesn't suit it. I'm also no fan of black wheels, they just remind me of old steel wheels after the plastic trims have gone missing and look to dark to fit in with the bright paint job.

Penelope pitstop from wacky races or lady penelope from thunderbirds for the 21st century. Take your pick
View all comments (6)