BACK TO ALL NEWS
Currently reading: New Vauxhall Vivaro and Renault Trafic vans to launch this summer
UP NEXT
Life after lockdown: Our dream road trips near and far

The new Vauxhall Vivaro van aims to combine "a light commercial vehicle with the comfort and design flair of a passenger car" when it goes on sale this summer.

Scheduled to be launched at the Commercial Vehicle show at the end of April, the new Vivaro features new styling and a range of all-new diesel engines. The second-generation van will be built at Vauxhall's plant in Luton.

Vauxhall has given the new Vivaro a larger, more prominent front grille with redesigned front light clusters. A 'blade' crease line runs from the side mirrors to the rear wheel arches – something Vauxhall says is reminiscent of the lines found on its Insignia and Astra GTC models.

The new Vivaro is 216mm longer than its predecessor and is available in two different lengths and heights. Available body styles include panel van, Combi and double cab. Two trim levels are offered, dubbed Vivaro and Sportive.

Also breaking cover at the CV show next month will be the Vivaro's sister car, the third-generation Renault Trafic. Like the Vivaro, the Trafic gets a new corporate style with a larger front grille and Renault badging, and the same range of 1.6-litre turbodiesel engines.

Both vans will go on sale this summer. No official pricing information has yet been announced. 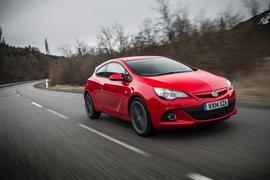 Great to drive and beautifully styled, the GTC is a game changer for Vauxhall

So these vans have just been

18 March 2014
So these vans have just been facelifted rather than replaced? Am I getting that right? Not that there was much wrong with them in the first place, in terms of space. My dad had a trafic a few years ago, he raved about it. Found it was quiet, comfortable, and a brilliant van.

18 March 2014
Just curious about the engines. Are they GM or Renault units?

So these vans have just been facelifted rather than replaced?

If it's a re styling it's a pretty deep one. All the panels seem to be new ( the old ones had a curved roof above the front seats, for example ).

18 March 2014
I believe they are mix of both GM and Renault units.
Renault have just launched a new 1.6 Bi-Turbo in the Megane and Scenic and the single turbo units are most likely the one Vauxhall have recently launched in the Zafria Tourer and updated Astra.

Such chrome, on a works van,

18 March 2014
will keep an eye out for it rapidly approaching from behind in my rear view mirror with McD cups and newspapers rolling around on the dash board :-)

Must be about time that one

18 March 2014
Must be about time that one of the partners, probably GM, should take the product off and develop it alone, maybe creating a worldwide GMC series of vans.

This might leave Renault to create a different Renault/Nissan/Dacia series with Mercedes Benz. They already have the Nissan NV200 and the MB Vito.

The current setup looks somewhat inefficient and wasteful on both sides of the Atlantic.

I prefer the look of the

18 March 2014
I prefer the look of the Renault version, without that huge chrome grille, but I think they could have made the headlamp units a bit larger :)

18 March 2014
Vans, oh come on, this is Autocar. Women already think we're strange for being obsessed by cars, but add vans to that?

Vans, oh come on, this is Autocar. Women already think we're strange for being obsessed by cars, but add vans to that?

I'm a woman; I don't think you're strange at all!