BACK TO ALL NEWS
Currently reading: Seat Ateca X-Perience arrives in Paris
UP NEXT
Citroen Ami finally confirmed for UK launch in 2022

The Seat Ateca X-Perience has made its public debut at the Paris motor show.

The four-wheel-drive range-topper is the off-roading version of the Spanish firm's recently launched compact SUV, which is set to go on sale next year.

Seat has equipped the exterior of the Ateca X-Perience with exclusive 18in wheels and high-profile tyres, black wheel arch trim, metallic trim on the lower areas of the doors and green scratch-resistant paint with orange highlights. There are also rear bumper-mounted mud flaps, chromed roof rails and more rugged lower bumpers both front and rear.

Under the bonnet is the 190bhp, 295lb ft 2.0-litre TDI engine, which is coupled to a seven-speed DSG dual-clutch automatic gearbox and a Haldex clutch and four-wheel drive system that splits the torque between the front and rear wheels, a set-up that's similar to that of the top-spec Ateca Xcellence. Like other serious off-road SUVs, the Ateca is equipped with hill descent control.

Inside, the colour scheme matches the exterior, with the use of green and orange highlights along with brown trim. Suede leather sports seats, a revised gear lever and rubber floor mats feature, while underneath a sump guard protects the car from off-road obstacles. 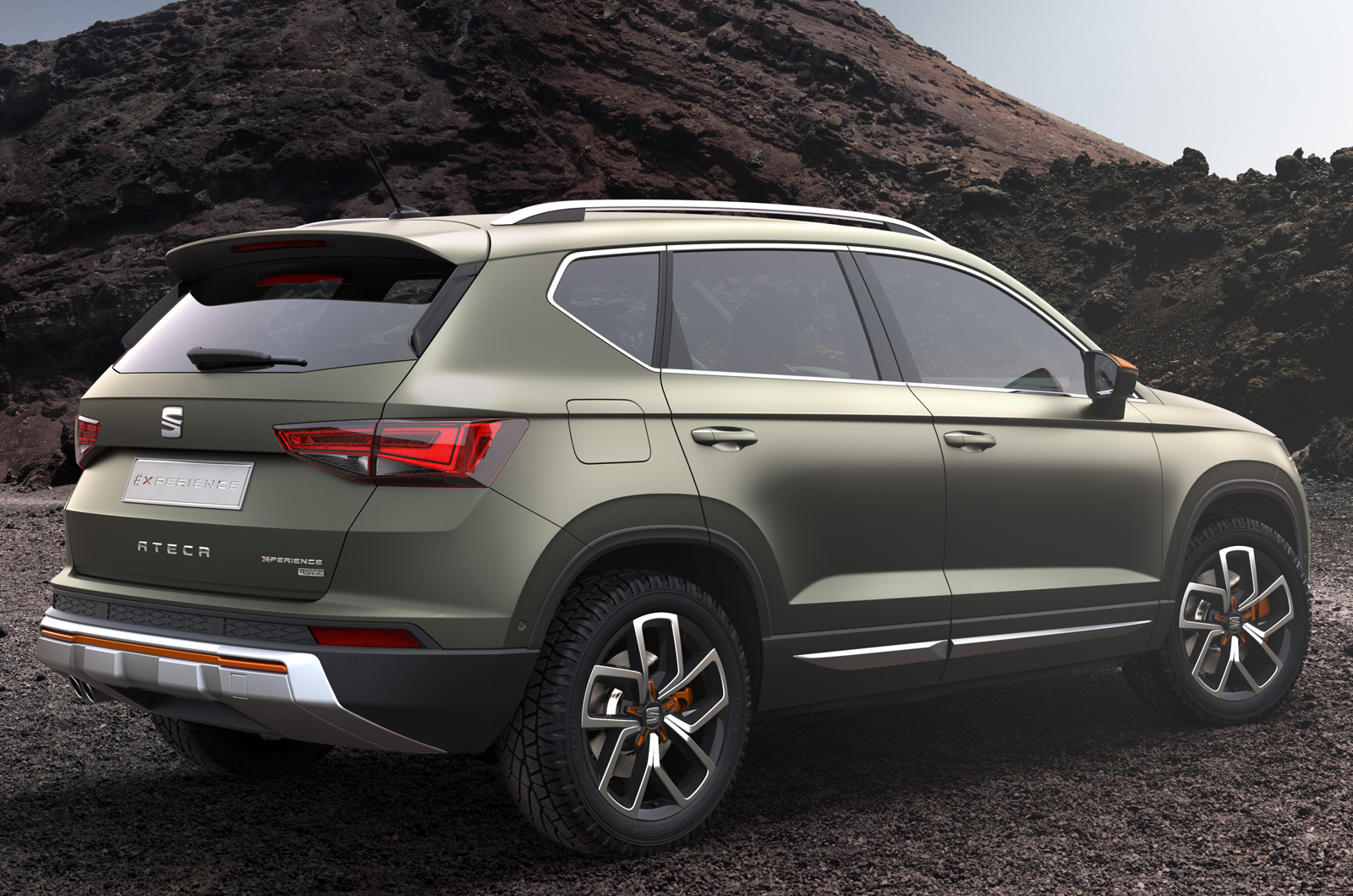 The X-Perience name is given to all of Seat's more rugged models, such as the Leon X-Perience, although it's not yet known if more models will be added to the all-terrain sub-brand.

Seat couldn't say how many Atecas are expected to be sold in X-Perience form, but it expects around 17% of all Ateca sales to be of models equipped with four-wheel drive. So far, the current range-topping Ateca Excellence represents 66% of sales, and it's expected that the X-Perience will have a similar level of specification to Xcellence trim.

Despite the car's current concept labelling, the Ateca X-Perience is expected to go on sale at the top of the Ateca range, priced at around £1000 over the range-topping Xcellence trim, which starts at £23,905 when equipped with the 1.4 TSI engine.

Matthias Rabe, Seat's research and development vice president, said: “The X-Perience is an exercise to show the Ateca family’s possibilities and potential in the future.”

With the Ateca X-Perience we can go beyond that which we already have in the series. It’s for the customer that wants to go further, taking it to the extreme, for weekend adventures and, of course, off-road.”

I said in another post that I find the Ateca very dull, but this I like a lot more. It is what the standard car should look like
db 22 September 2016

Another day and another Ateca story what will we get next .... hopefully not a picture of the number 2 coloured interior if the Leon is anything to go by it will look smashing for families with chocolate smearing hands and smokers so they can blend into the overall blandness !
No auto emotion here more possible motion on the trim !
View all comments (7)