Fresh from its Paris motor show debut, Mercedes-Benz has announced UK prices and spec details for its second-generation GLE, on sale now.

The 450 builds on the standard kit list, with the seven-seat equipment line as standard. As well as the extra row of chairs, it brings electrically adjustable rear seats, extra USB ports and four-zone climate control.

The petrol-powered model also features an advanced suspension system as standard, surpassing even that found on Mercedes' flagship S-Class.

There will also be a plug-in hybrid variant with a “particularly long range” – thought to be more than 50 miles on electric power alone.

The new suspension system is a more advanced version of the Magic Body Control found on the S-Class. It is the first on sale where the spring and damping forces are individually controlled at each wheel, counteracting not only body roll but also pitch and squat. 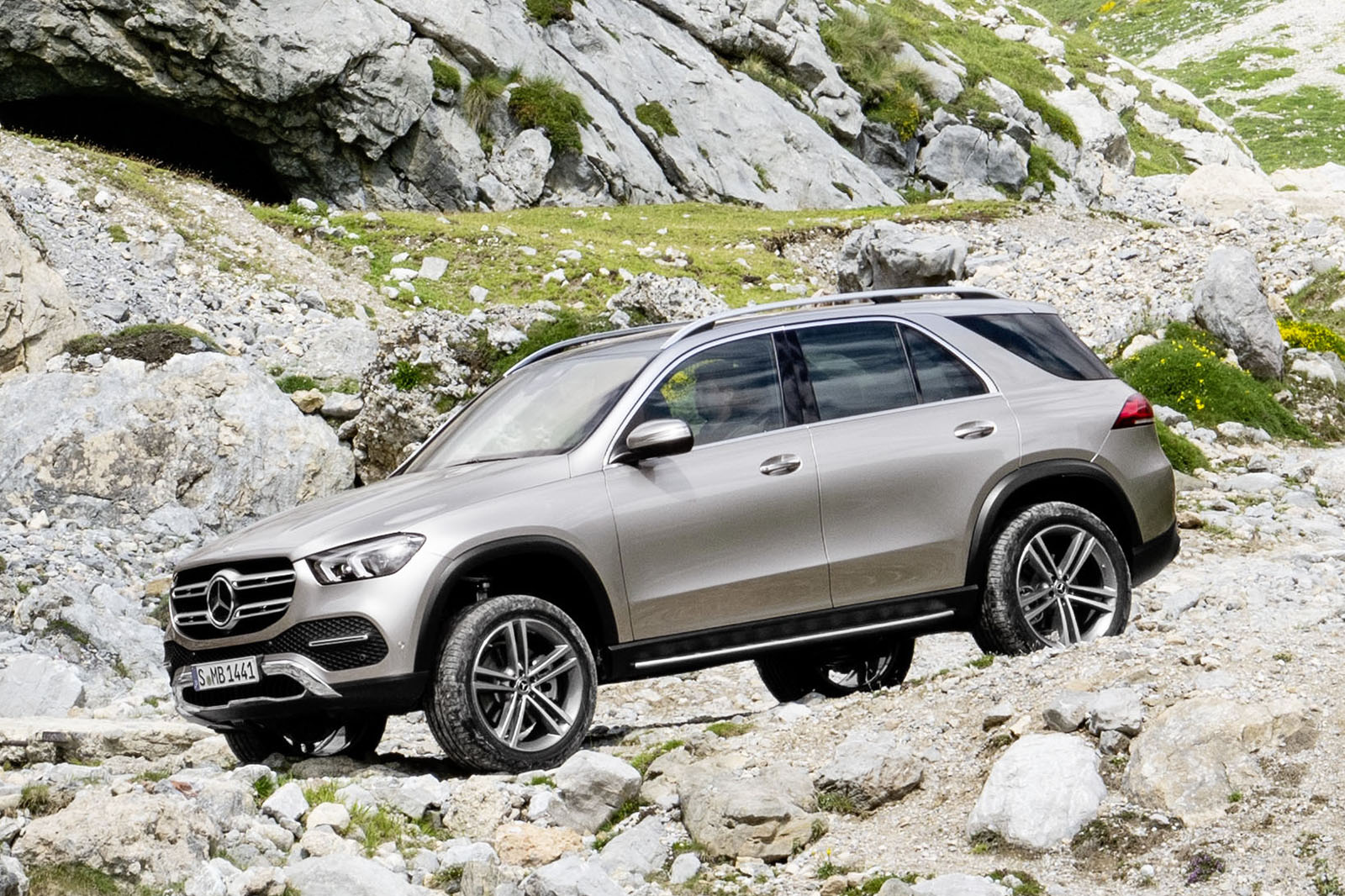 Mercedes claims the GLE’s 4Matic all-wheel drive “ensures great agility on road and superior performance off the beaten track”. The system controls the torque distribution between the front and rear axle from 0% to 100% depending on the driving mode. The optional Offroad package has fully variable all-wheel drive with low and high range available, a feature that Mercedes says is a world first. 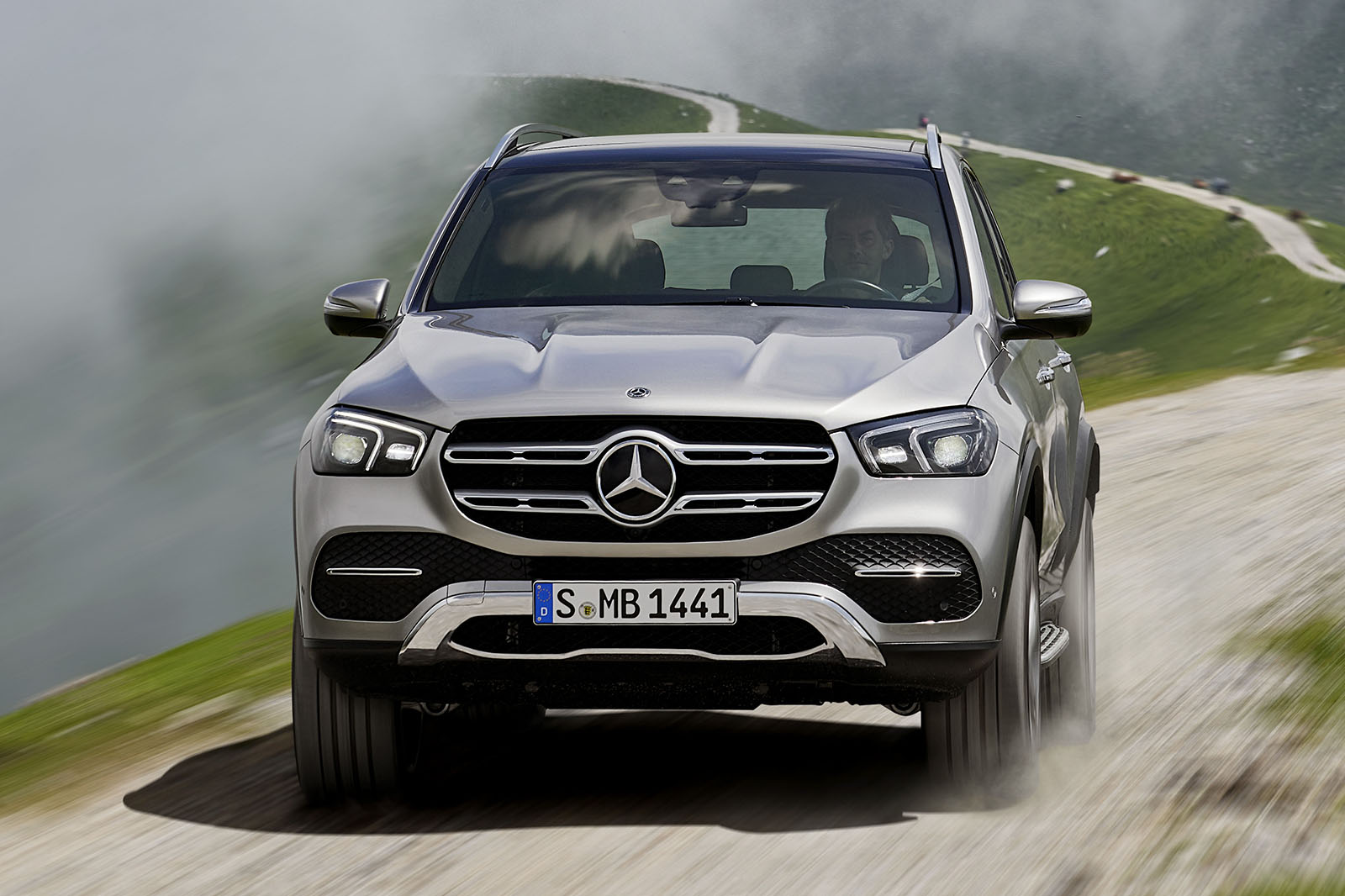 The model has more space than its predecessor, with a considerably longer wheelbase at 2995mm, an increase of 80mm, which means second-row leg room is increased by 69mm to 1045mm. The second row of seating is fully adjustable electronically, controlled by a switch in the door panel. The GLE is also offered for the first time with the option of a third row, adding two extra seats.

The interior includes two 12.3in digital displays as standard, as recently launched in the new A-Class. There is a multi-function steering wheel with touch panels and a larger touchpad in the centre console replaces the rotary dial on the outgoing GLE.

The instruments and infotainment system operate via the MBUX (Mercedes-Benz User Experience) interface that supports conversational speech and information gathering via the Mercedes Me app. 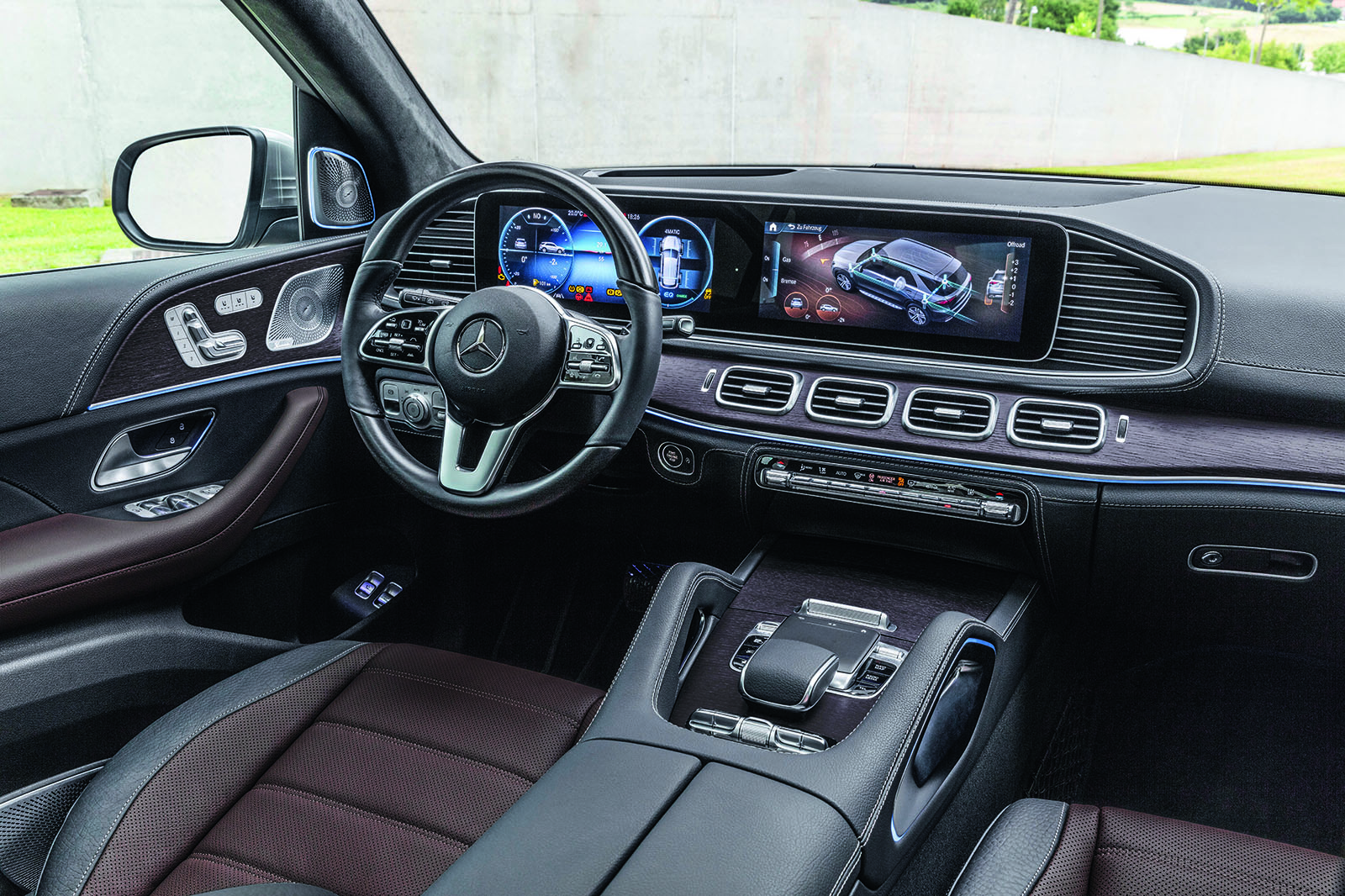 The GLE also introduces the latest generation of Mercedes’ driving assistance systems, including Active Tailback Assist, which recognises tailbacks early on and reduces speed to 62mph as a precaution. Once in the tailback, the car can autonomously keep in lane and maintain a safe distance in speeds of up to 37mph.

A GLE 63 variant and GLE Coupé will follow the launch of the GLE, as will additional engine variants. Expect to hear more about those models next year.

Living with a Mercedes-Benz G-Class: saying goodbye to the G-Wagen

...dont think much of the spec. Digital dashboards is a deal breaker for me. I love the way they call it MB UX...user experience my arse, touch screens dont work in a moving vehicle...no UX about it!...as is that bloody black glass (pointless unless you live in the desert), doesnt show black glass in the pictures of the grey car....so must be a UK specific spec....ironic!. 20" wheels arent much use either.

Digital dashboards is a deal breaker for me. I love the way they call it MB UX...user experience my arse, touch screens dont work in a moving vehicle...no UX about it!

Have you actually seen how it works? Most of the car can be controlled with voice commands. I have no first hand experience of MBUX, but if the videos I've watched are anything to go by then it looks pretty impressive. Barely any need for touch screen use whilst driving the vehicle...

Firstly, i cant stand the way these juke box dashboards look....they look like the cheapest and nastiest of the aftermarket Halfords radio/CD players....nothing shouts premium here.

Then there is voice command....hit and miss at best,, especially with background road traffic noise or sunroof open, children chattering etc.

I really cant see what was wrong with buttons and switches that are seared into your memory and dont even need to be looked for - your hand goes straight to them.

Also when a switch fails, you can mostly just replace the switch....not half the dashboard along with exorbitant cost.

How did we get here

£56k for a 4 pot 2.0 diesel SUV.   It's like you pay for computer style dashboard and get a cheap'ish smoker engine thrown in.

It's interesting - and natural - that most people judge a car by what they see, which is mostly the exterior styling. Judgements will also be made on what the interior looks like, though few will actually take the time to actually sit in a car and experience it first hand. For example, I sat in a brand new Range Rover Vogue as a front seat passenger for a good few hours and was underwhelmed by the interior. Everything I'd read and heard up to that point suggested the interior was a superb place to be.

Any teenager who likes cars can 'style' a good looking one by giving it a low profile and huge alloy wheels. The difference in the real world is that few manufacturers take their stylish looking concept cars and put them into production for whatever reason.

I know it'll never happen, but it would be nice if there was more appreciation for where the real work happens - the engineering. It takes real skill and know-how to design an engine to be more powerful, yet fuel efficient and refined. Likewise a drive train that swaps gears almost seamlessly at the right time.

Sadly, most people who do the easiest (and natural) thing and make decisions based on looks.

Any teenager who likes cars can 'style' a good looking one ... it would be nice if there was more appreciation for where the real work happens - the engineering. It takes real skill and know-how to design an engine to be more powerful, yet fuel efficient and refined. Likewise a drive train that swaps gears almost seamlessly at the right time. Sadly, most people who do the easiest (and natural) thing and make decisions based on looks.

If styling is as simple as you describe, how do you explain there are so few coherently styled cars?

Yes, insofar as the purpose of the car is to move people from A to B, propulsion is important. But the car has to do with the way one is transported, so it also means aerodynamics (which has to do with design and which influences styling), chassis design (I consider ride comfort to be more important than the engine, I want to arrive at the destination refreshed), packaging, visibility etc. etc.

In fact the fetishization of the engine or engineering by motoring journalists distorts the way a car is evaluated.

Some people like the specific noise certain engines make. That is not an engineering concern, that's aesthetics.

If styling is as simple as you describe, how do you explain there are so few coherently styled cars?

There are lots of reasons why car manufacturers style their cars the way they do. Economics (or the cost of production) is one of them. Cultural and market preferences are another, backed up by market reasearch.