BACK TO ALL NEWS
Currently reading: 2017 Land Rover Discovery first pics
UP NEXT
New Gordon Murray T33 is practical supercar with 607bhp V12

Images of the 2017 Land Rover Discovery have been accidentally published on the company’sThe car has now been officially revealed. Click here to view it.

The images, which appear to have come from a brochure, show the car tackling sand dunes and desert tracks, and reveal its undisguised exterior for the first time.

The car wears an off-centre rear number plate, a feature that’s been carried through since the original Discovery, and gains styling details that evolve the look first seen on the Discovery Sport and earlier Evoque. 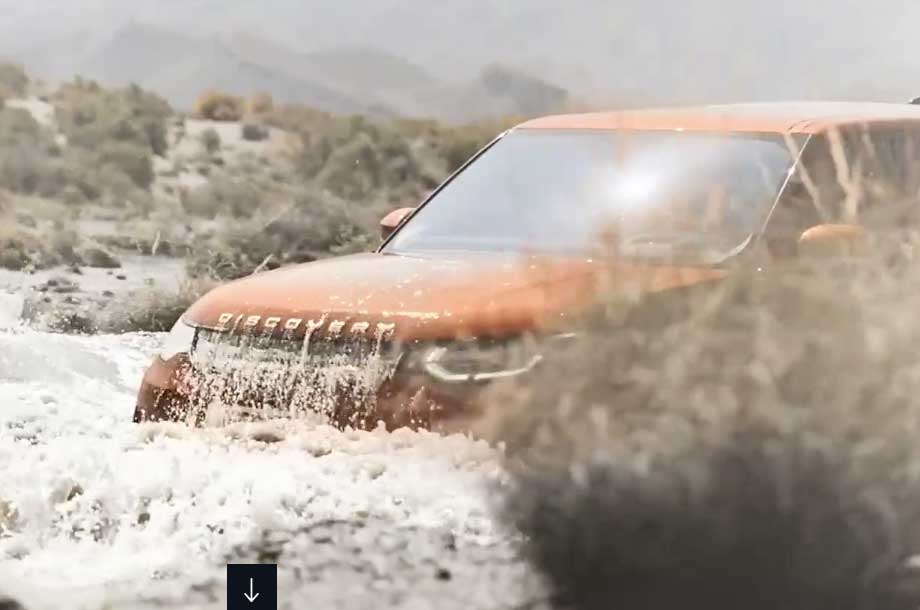 Land Rover has already confirmed that its 2017 model will have up to nine USB ports and enough secure storage space to hide four iPads, and it'll also use an innovative Intelligent Seat Technology system that allows users to control and fold down seats remotely using a smartphone app.

Can't wait for the 5th generation Discovery? Here's our guide to buying one secondhand

The seven-seater will be built upon the Range Rover’s aluminium monocoque, making it considerably lighter than its 2622kg predecessor. It is also expected to be tech-heavy - a projection of what’s underneath the car onto the bonnet is just one such system expected to feature.

More information and images will be released tonight, when the car makes its official debut in Paris at 7:30pm.

It's a larger Disco Sport

As predicted the Discovery looks just like an enlarged version of the Discovery Sport, which is not a bad vehicle but loses a lot of the traditional Range Rover cues and character in the process.

The distinctive roof hump is not as pronounced and has been moved further back towards the cargo area and doesn't even cover the rear passenger area which was a utilitarian design feature to improve rear seat headroom and views.

Also the off-centre license plate placement seems out of place in this sleeker design and has no relationship with the rest of the SUV -- looks more of an after thought. The outgoing Discovery has the rear back glass dipping down on one side to improve visibility which lends itself well with the off-set location of the license plate, but here it looks like a mistake especially with the much wider taillights and in European markets where the license plates are much wider.

The Disco should be a little bit more rugged looking than the more upscale Range Rovers but not as rough and raw as the Defender. All those rounded body panels and smooth surfacing doesn't help in creating a more fun and rugged looking SUV.

Looks almost indistinguishable from the Discovery Sport.
View all comments (11)