BACK TO ALL NEWS
Currently reading: Production Porsche 911 Speedster heading to New York
UP NEXT
Rodin FZero: V10 weapon aims to be world's fastest car

Porsche will say farewell to the 991-generation Porsche 911 with a limited-production Speedster variant, which will be unveiled at next week's New York motor show.

UPDATE: The Porsche 911 Speedster has been officially revealed - read the full story here

Previewed by a black and white image of the finished car that was sent by a customer to US website Carbuzz, the Speedster will stay largely faithful to the concept version, bar a change in alloy wheel design.

Confirmed for production last summer and previewed by the Speedster concept, its the return of a sought-after special variant first produced in the 1950s.

The brand will produce 1948 examples of the Speedster, a number marking the brand's 70th anniversary last year. The thinly disguised test mules, seen testing alongside the latest 992 generation car, first showed the roof layout in detail.

A heritage design pack adds retro-inspired flourishes to the car, and Porsche hinted that the packs would be available on other models.

New 21in cross-spoke wheels feature and are likely to be carried over to the production version, as is the car’s 4.0-litre flat six engine, borrowed from the GT3, and manual gearbox.

The first of the two design studies was put on display at Goodwood last year as part of Porsche's wide-ranging anniversary celebrations. 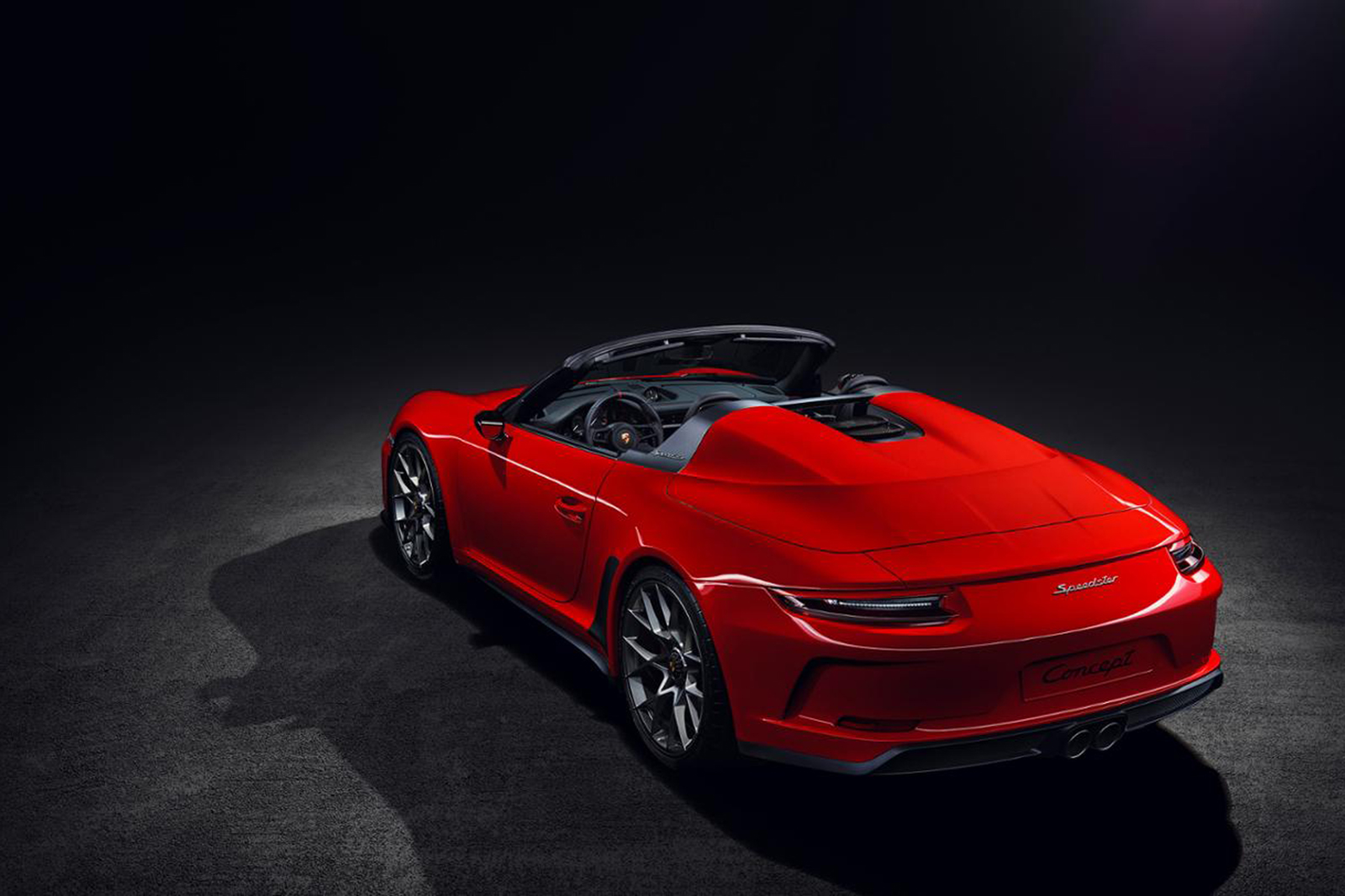 Power output is believed to be more than 500bhp, but it's not clear yet whether Porsche will upgrade the existing GT3 engine or use the more powerful unit from the GT3 RS. Either way, it's expected to retain the same 9000rpm rev limit.

The Speedster is the combined work of Porsche's GT division and its Exclusive arm, mixing its finest engineering department with the one responsible for bespoke designs.

The 911 Speedster will have a lightweight tonneau cover rather than a convertible top, while other weight reduction measures include the removal of the sat-nav, audio and air-con systems. The bucket seats are made of carbonfibre.

The concept’s body is based on that of the 911 Carrera 4 Cabriolet but with the wings, bonnet and engine cover made from lightweight carbonfibre composite.

A rear cover, also made of carbonfibre, connects behind the front seats, covering the rollover structure and featuring a ‘double bubble’ – an iconic design element of 911 Speedster models since 1988.

The concept features details that celebrate Porsche’s early racing days, such as the 1950s-style central fuel tank cap positioned in the middle of the bonnet. 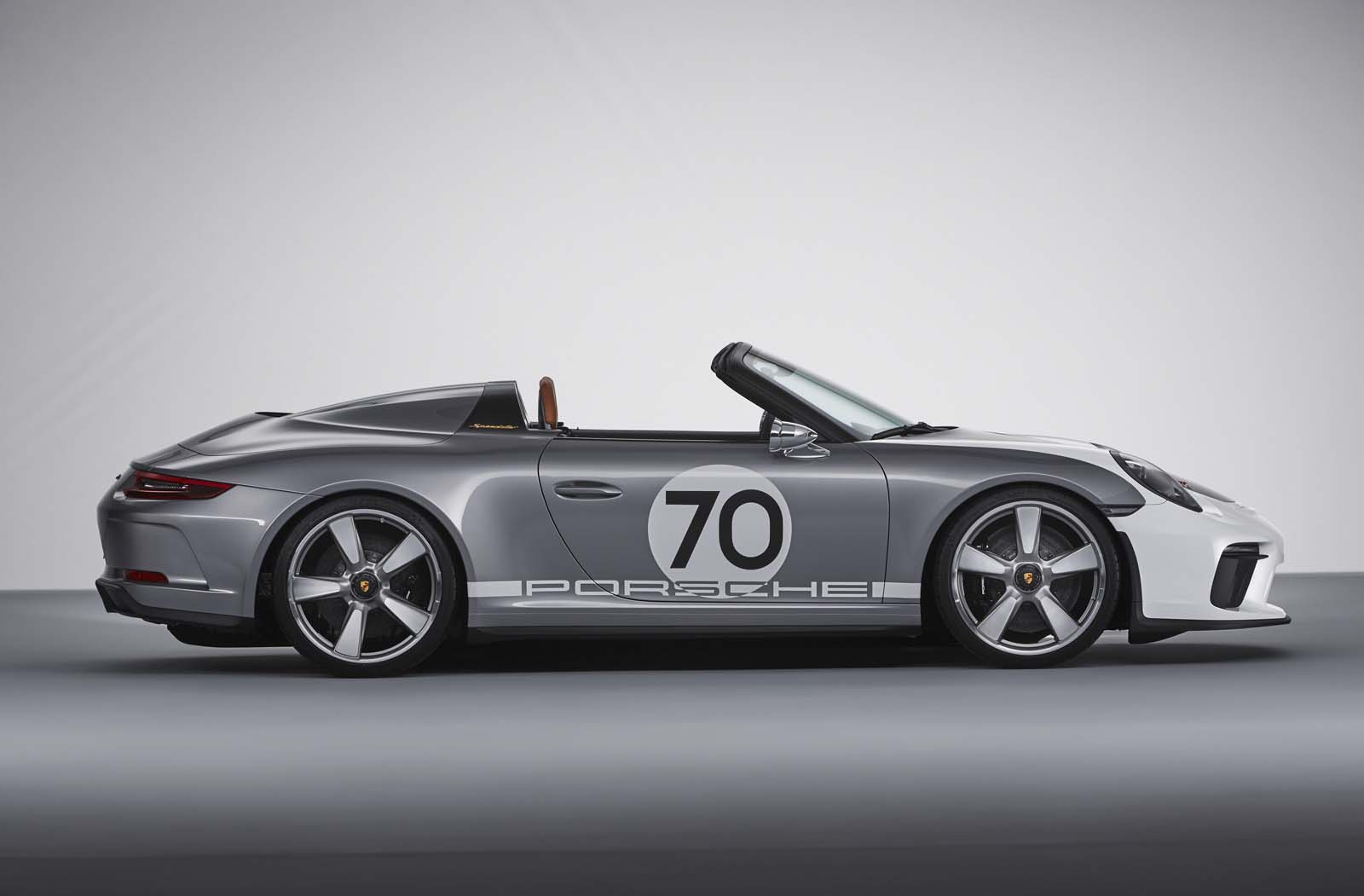 The shape of the Speedster takes influence from the original 356 1500 Speedster that has inspired 911 Speedsters for the 930, 964 and 997 generations.

Next Porsche 911 Speedster to get hardcore GT3 running gear

"...removal of the sat-nav, audio" for lightness

a) as a percentage how much weight would it save?

b) just about every owner will pay for it to be refitted, unless it's going to raced I suppose.

Win Win for Porsche they sell you back what they took out.

Funny thing is despite loving it when the prototype came out, even wrote Porsche should put it into Prodcution, I don't like it anymore.  Just seems to contrived

interesting but probably going to be a manual roof just like Boxster Spyder....pain on the neck

Or no roof at all

interesting but probably going to be a manual roof just like Boxster Spyder....pain on the neck

"lightweight tonneau cover " at least that's what I think this means

Those mirrors are great! A 911 is retro anyway! Hello?