Mazda has confirmed UK pricing and specifications for Skyactiv-X-powered variants of the new 3.

The 2.0-litre four-cylinder powertrain, which uses the brand's newly developed spark plug-controlled compression ignition technology, can be equipped from £23,555. This starting price applies to both the hatchback variant and the saloon, which will arrive in the UK in October.

The unit will be offered with a manual or automatic gearbox, and is available on four trim lines: entry-level Sport, Sport Lux, GT Sport and range-topping GT Sport Tech, which tops the line-up at a starting price of £29,775 for the hatch and £27,575 for the saloon. 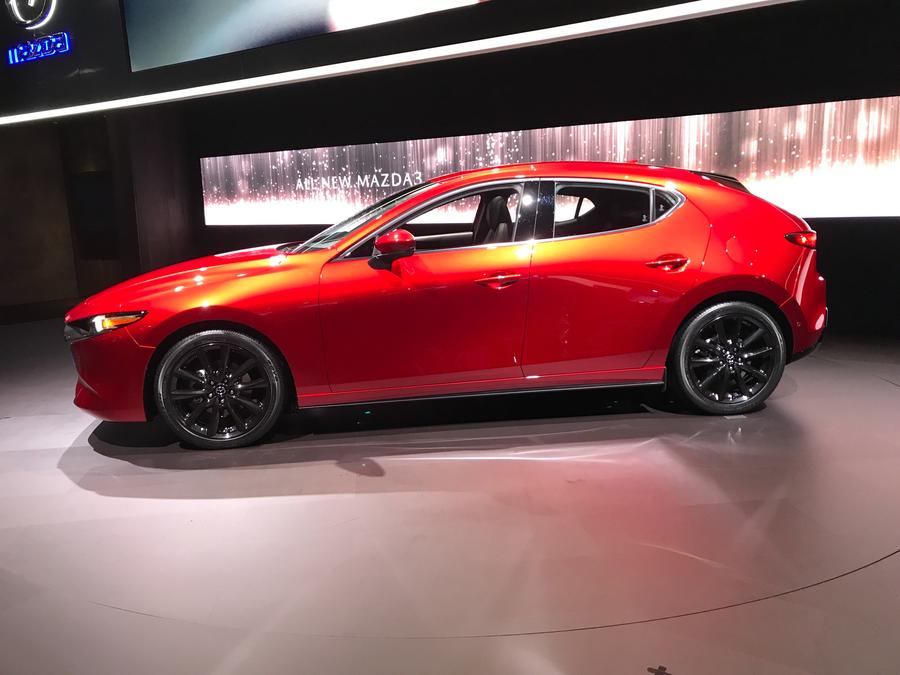 All Skyactiv-X models feature a 7in digital instrument display and Mazda's new 8.8in infotainment central display, but 18 in alloy wheels, black badges and a wider exhaust tailpipe are added beyond Sport trim.

The firm says the new engine combines the performance of a petrol engine with the fuel economy of a diesel.

The unit has been confirmed to deliver 178bhp and 165lb ft of torque, while producing a fuel economy of up to 52.3mpg on the WLTP cycle, with CO2 emissions from 96g/km. The economy and CO2 figures depend on model, wheel size and choice of gearbox.

The powertrain will also include Mazda's M Hybrid system, a 24V mild-hybrid unit that can regain energy under braking.

The new Skyactiv-X engine is the most marked feature of the new 3, given that it has the potential to breathe new life into petrol power amid stricter emissions and efficiency targets. It also promises “superior initial response, powerful torque, faithful linear response and free-revving performance”, says Mazda. 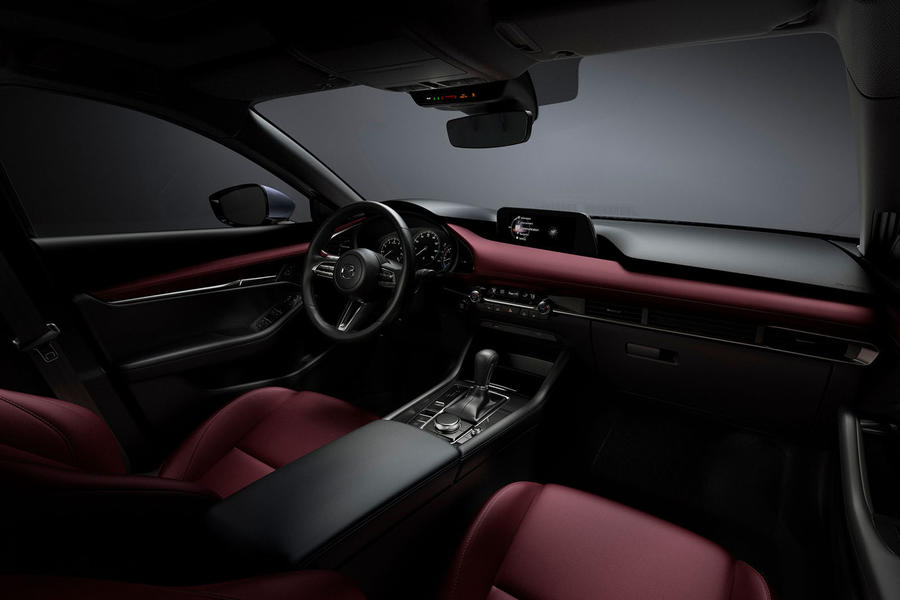 Powertrain boss Ichiro Hirose confirmed to Autocar that the powertrain is scalable for petrol engines with more or less displacement.

The new Mazda 3 introduces the firm's new Skyactiv Vehicle Architecture, an umbrella term for a number of new structures including seats that maintain the natural curve of the spine and a ring-structure bodyshell that increases rigidity, reduces transmission lag and improves noise, vibration and harshness levels.

All of these features form part of Mazda Premium, a goal by the firm to position itself more in line with traditional premium car brands. 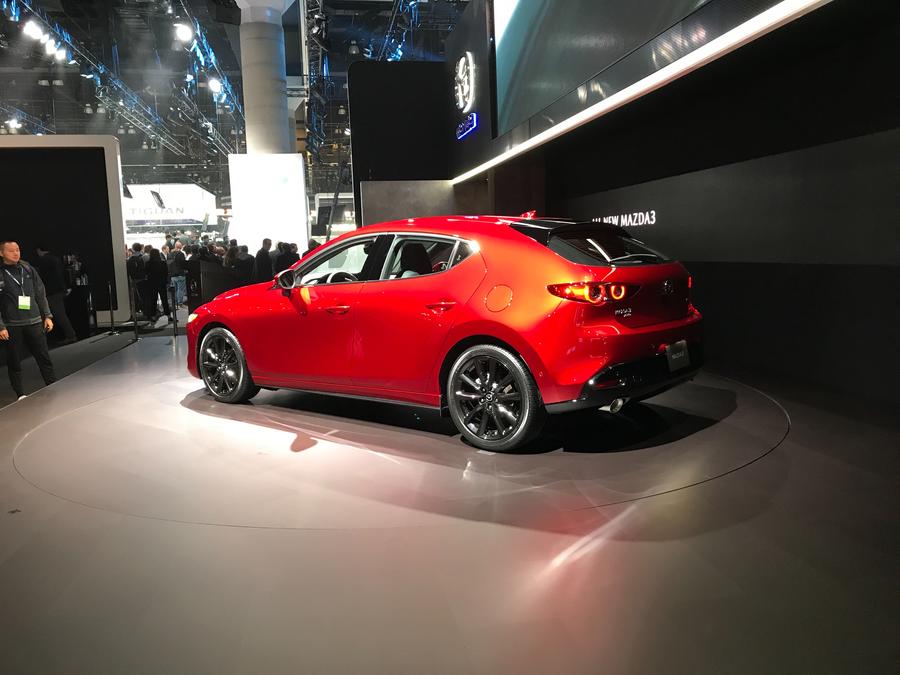 The latest version of Mazda’s i-Activ AWD system, an option exclusively on hatchbacks in GT Sport Tech trim, works with the car’s torque vectoring to control torque distribution between the front and rear wheels. This makes the car respond better to driver input than previously, according to Mazda. It is the first four-wheel drive family hatch the company has offered since the 323 AWD.

Inside the new 3, Mazda said it has focused on ergonomics and ensuring a good driving position and visibility.

The infotainment system has been redesigned to be more intuitive to use, while speakers have been positioned, following research, to ensure excellent sound quality.

Safety systems include a driver monitoring system that uses an infrared camera and LED to observe the driver and sounds an alert if the system considers the situation is dangerous.

Mazda to launch EV and rotary hybrid in 2020

Your post is very attractive. It discusses in detail the issues.

You can have a choice of trims

Sport, Sport, Sport or Sport, calling it Sport doesnt make it sporty, honest, how about making a trim called family comfort, for those that have familes and dont drive their cars like they stole them.

How can the Saloon be £2,200 less than equivalent Hatch, are these the right way round Mr Autocar?