The upgrade package for the track-only supercar will be the flagship model of the hardcore AMR division, which draws on the firm’s racing history and offers enhanced performance, sharper dynamics and more extreme styling across the model line-up.

For the Vulcan AMR Pro, this means tweaks over the standard model that include increased downforce from aerodynamic enhancements and shortened gear ratios to deliver “intensified acceleration”.

The package is available to all 24 Vulcan owners, with one-third of them expected to opt for it. The AMR Pro upgrade is likely to cost between £100,000 and £150,000 - a small percentage of the original Vulcan price of £1.8 million.

At the front of the car, aerodynamic improvements include louvred panels above the front wheel arches to extract high-pressure air and reduce aerodynamic lift and a pair of dive planes added to each side of the nose to “help pin the front end to the track”, according to Aston Martin. The front splitter get turning vanes fitted to its underside to improve steering response. A weight saving of 5kg has also been achieved by optimising the carbonfibre composite on the engine cover.

At the rear, there is a more dramatic change: a new dual-plane wing, which features a 20mm Gurney flap, aided by slotted wing end plates that have 15mm Gurneys to further maximise downforce.

The effect is an increase from 321kg of downforce in the standard Vulcan to 408kg in the AMR Pro. That compares with 317kg from the 2017 Le Mans-winning Aston Martin Racing Vantage GTE.

The Gaydon-based car maker said the aero changes have also shifted the 820bhp Vulcan’s centre of pressure forwards, bringing it closer to the middle of the car – 47% compared with 41.5% with the standard Vulcan – to improve “traction, steering response and front-end grip”.

Aston Martin special operations boss David King said: “Like anything with a motorsport mindset, once we’d built and delivered all 24 Vulcans, we started thinking about how to make it quicker. And so the Aston Martin Vulcan AMR Pro was born. 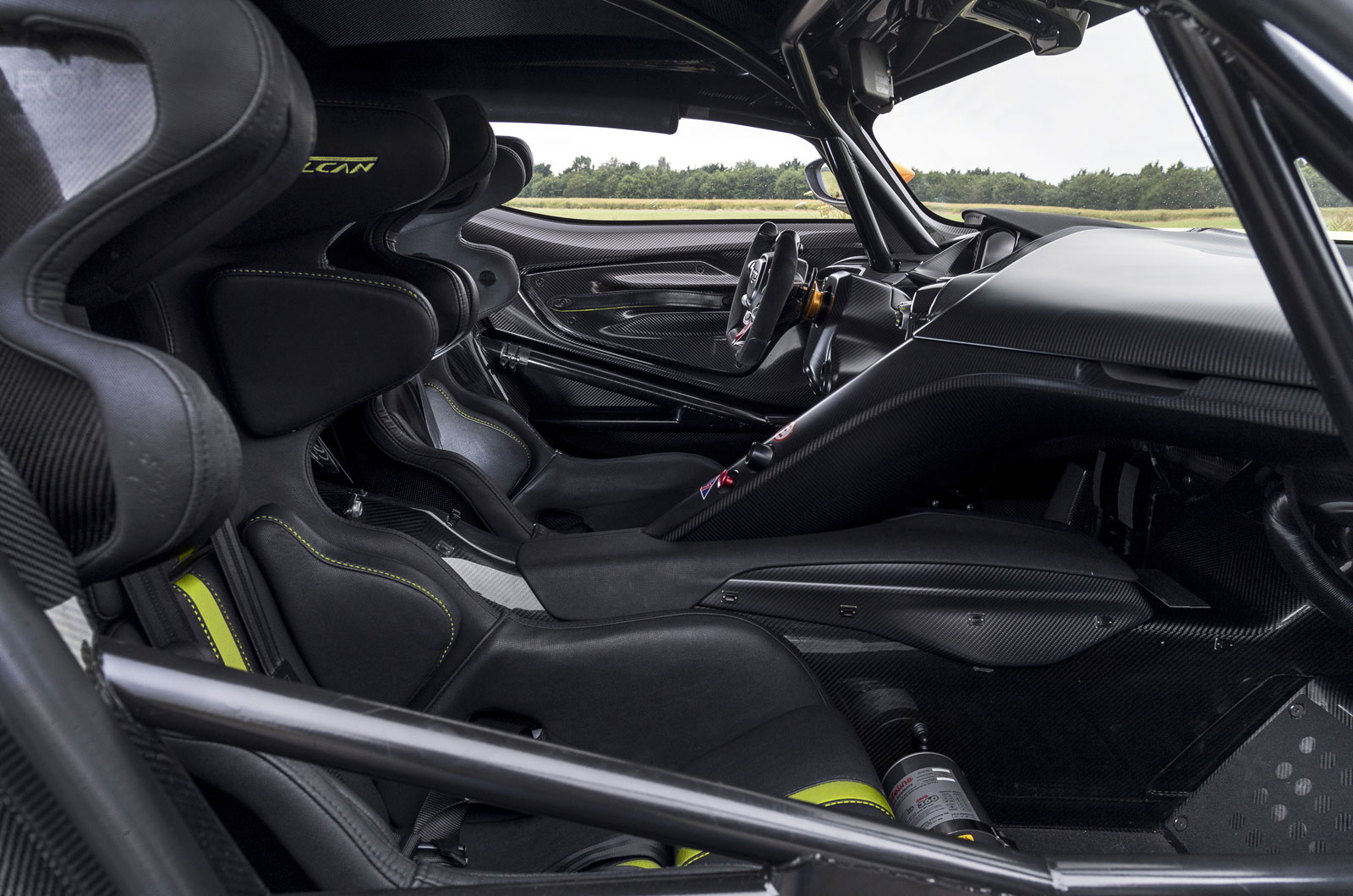 “The shorter gearing makes for truly explosive acceleration between the corners, while the aero package’s increased downforce and improved balance give our customers the all-important confidence to explore the extraordinary performance on offer.”

The reveal, at the Goodwood Festival of Speed today, follows the unveiling of the Vantage AMR earlier this month and precedes the upcoming arrival of the Rapide AMR Pro. Eventually, all models will get an AMR version. AMR cars, such as the Rapide AMR, will be road-legal whereas AMR Pro cars, such as the Vantage AMR Pro, will be track only and developed by the Q by Aston Martin bespoke division.

Read more from the Goodwood Festival of Speed

It disappoints me greatly

It disappoints me greatly when I reflect that almost all of these cars will never turn a wheel again, once they have been put away with the rest of their owner's collection. All that engineering, gone to waste.
bowsersheepdog 29 June 2017

It disappoints me greatly when I reflect that almost all of these cars will never turn a wheel again, once they have been put away with the rest of their owner's collection. All that engineering, gone to waste.

For a small company Aston

For a small company Aston Martin are doing a lot with limited resources. It's awesome to see the company be such a hub of activity!