BACK TO ALL NEWS
Currently reading: Aston Martin Vantage AMR launched as race-inspired swansong model
UP NEXT
Alfa Romeo to revive GTV as an EV in sweeping range renewal

Aston Martin has turned to its motorsport arm to send its outgoing Vantage model off in style. The Vantage AMR swansong model, named after Aston Martin Racing, is the motorsport arm’s first road car product. Just 300 examples of the race-inspired model will be built — 100 with a V12 engine and 200 with a V8.

The 4.7-litre V8 AMR produces the same 430bhp as the regular V8 Vantage. However, Aston Martin has applied a power upgrade to its naturally aspirated 6.0-litre V12, increasing its peak output by 30bhp to 595bhp.

The car comes in coupé and roadster bodystyles and is offered in a choice of four standard colours, each with a contrasting graphic. Buyers can also opt for a colour pack that mimics the look of Aston Martin’s 2016 World Endurance Championship-winning Vantage GTE racer.

Other options include a carbonfibre front grille, side strakes, light in-fills and mirror caps, as well as carbonfibre seats.

For the car’s wheels — fivespoke items on the V8 car and 10-spoke ones on the V12 — there’s a selection of three different finishes.

In addition, Aston Martin’s range of AMR accessories will allow buyers to personalise their car in even more detail. These include an AMR aerodynamic kit, which brings carbonfibre addenda such as a front splitter, dive planes and a fixed rear spoiler. 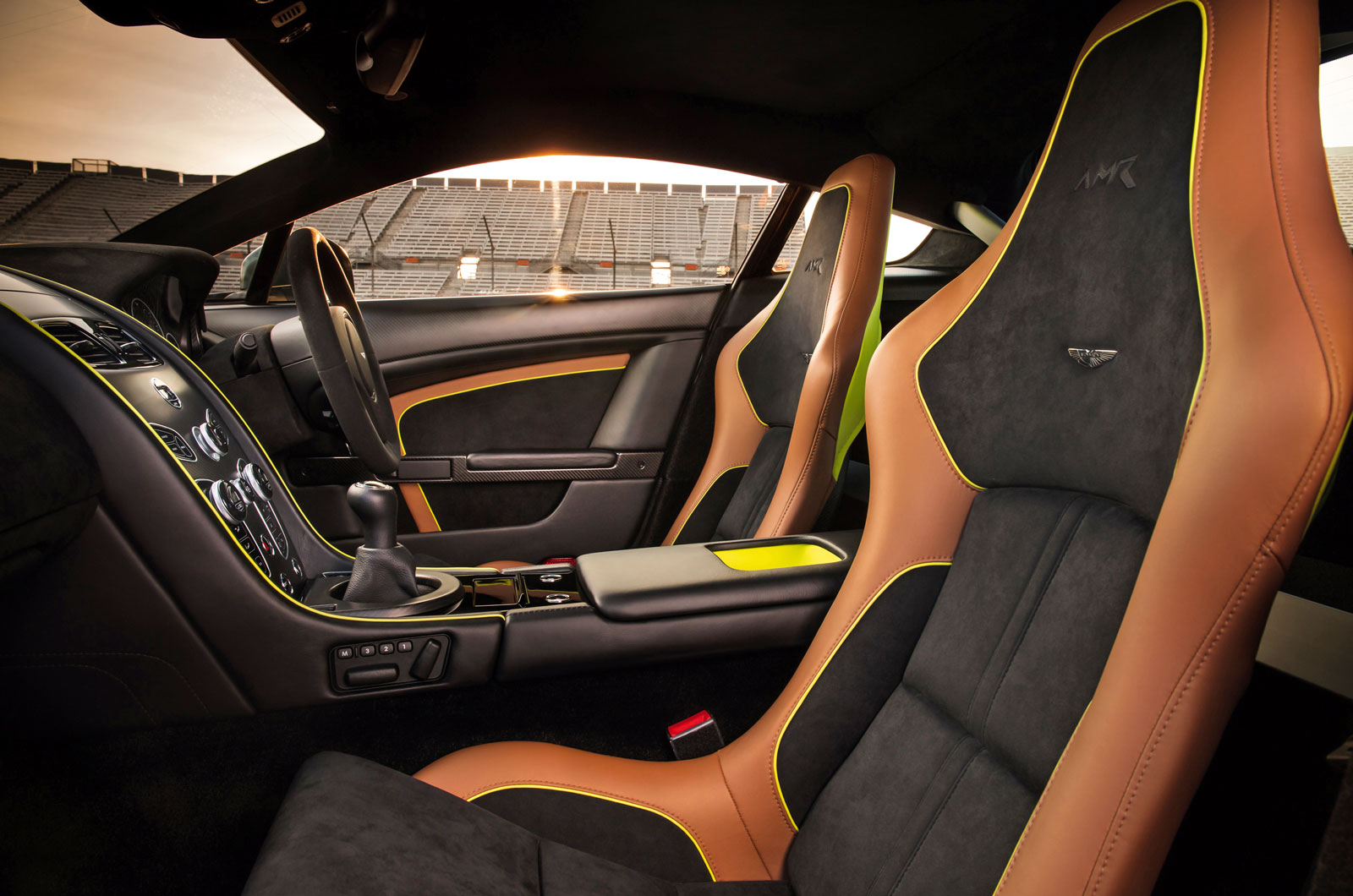 The car can also be specified with forged aluminium wheels that take their honeycomb design from the Vantage AMR Pro concept seen at the Geneva motor show last March.

Aston Martin is offering the V12 model with an optional titanium exhaust system that saves 14kg. This is claimed to help sharpen the engine’s responses as well as enhance the noise it makes.

Aston Martin CEO Andy Palmer said of the Vantage AMR: “The Vantage has been an incredible success for Aston Martin, both in V8 and V12 forms. As our most agile and athletic road car, and our long-time representative in the world of GT racing, it is the perfect car with which to introduce AMR.”

For more than 10 years... TEN YEARS, a modern sports car design aged so well and yet still looks fresh! How many evergreen car designs (aside Porsche 911, Morgans, Lotus Elise/Exige) can age as well as the Aston Martin Vantage? Heck even the current-gen MX-5 and Porsche 911 designs has dramatically changed from its more stylishly simple founding generations?

Not only that, the Aston Vantage GTE has beaten its newer styled contemporary rivals over years of WEC racing. For a more than a decade old sports car, that says alot.

Love the shot of the race

Love the shot of the race helmet next to the switches for the electric seats - the incongruity of luxury sports cars! Still a great-looking machine though.
Symanski 14 June 2017

In many ways I feel that this is the best times for Aston design coming to a close. The Ian Callum designs, and derivatives of, had a simple but stunning ease to them. They're classic designs that are going to be future classics, as the original Vanquish is already becoming.

New designs are too fussy. They're still good though, just not quite got the purity of a Callum design.

In many ways I feel that this is the best times for Aston design coming to a close. The Ian Callum designs, and derivatives of, had a simple but stunning ease to them. They're classic designs that are going to be future classics, as the original Vanquish is already becoming.

New designs are too fussy. They're still good though, just not quite got the purity of a Callum design.