BACK TO ALL NEWS
Currently reading: Morgan Plus Six is marque's first all-new model in 19 years
UP NEXT
New 2023 Porsche 911 GT3 RS is "most track-focused" ever

Morgan has unveiled a new £80,000 roadster, called Plus Six, as the first of a planned series of models to use the company’s brand-new ‘wide body’ aluminium chassis.

The Plus Six, shown for the first time at Geneva and making its dynamic debut at the 2019 Goodwood Festival of Speed, retains the distinguishing features of the outgoing Plus 8 – flowing front wings, running boards, round headlights and the famous ‘waterfall’ grille – but is a new design in every detail.

The Plus Six is the first all-new Morgan since the Aero 8, revealed 19 years ago. It is powered by BMW’s latest B58 in-line petrol turbo six, producing 335bhp and driving through an eight-speed ZF paddle-shift automatic. There is new Morgan-designed suspension, all independent by double wishbones in the front and a five-link system in the rear. 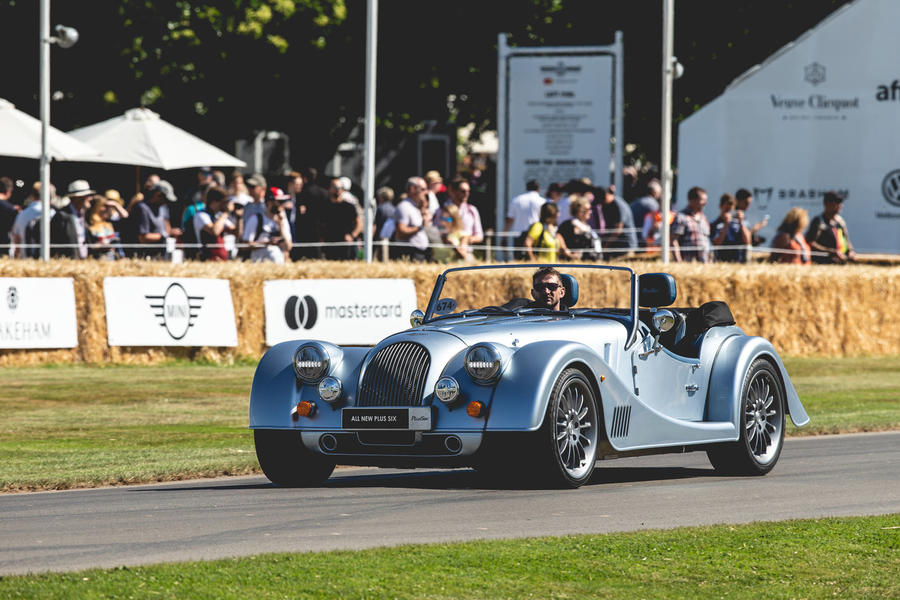 The new car is very light: its extra equipment and crash structure add almost nothing to the 1075kg kerb weight of the outgoing V8-powered Plus 8. This should make the Plus Six the fastest production Morgan in history, pushing the top speed into the 170mph bracket. Despite this, the CO2 output is an impressively low 170g/km.

Morgan has named its new chassis CX, Roman numerals that mark the firm’s 110-year anniversary. The new structure uses the same bonded aluminium construction principles as its predecessor but includes more sophisticated crash structures front and rear, and integrated rather than bolt-on suspension mountings for rigidity and weight saving.

The new CX chassis provides around 20cm more cockpit length to accommodate bigger drivers, allows bigger doors and leaves decent luggage space. The car’s length and width are almost identical to a Plus 8's, but the wheelbase is 18mm longer. The body is supported, according to Morgan tradition, by an English-grown ash wood frame. 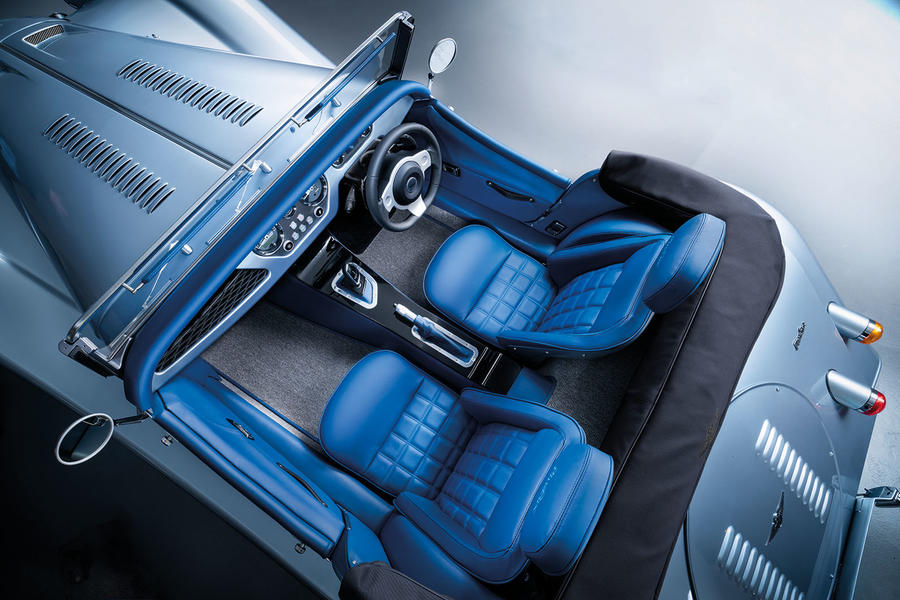 As per Morgan’s traditional nature, ABS is the only electronic driver aid on offer, although the firm says others can be specified later. Cockpit design is traditional, with the separate round tacho and speedo dials mounted centrally, but with a configurable TFT screen ahead of the driver.

Morgan will offer its usual wide choice of colours and textures with the Plus Six and has just started building cars for a spring launch. Production is planned at around six cars a week and the company aims to have 200 Plus Sixes on the road by year-end. The first 50 will be fully loaded launch editions priced at £89,995, after which regular production will start.

Morgan to reinvent itself with high performance sports car

The firstall-new model from Morgan in 19 years? Er...

I really hope this is a properly developed car, because if it is, it would be a wonderful proper final English Sports Car. I was really shocked when Andrew Frankel tested the final Plus Eight and commented that the car severly lacked torsional stiffness, lets hope that's corrected in this latest tub. I could be tempted out of a safe Porsche !