BACK TO ALL NEWS
Currently reading: ‘Most advanced’ air-cooled Porsche 911 produced by Singer and Williams
UP NEXT
Spending 48 hours touring in a Ferrari Roma

‘Most advanced’ air-cooled Porsche 911 produced by Singer and Williams

Singer Vehicle Design has collaborated with Williams Advanced Engineering to produce a 500bhp 964 Porsche Porsche 911 that benefits from Formula 1 technology with a completely bespoke powertrain and lightweight body.

On show at the Goodwood Festival of Speed, this ‘reimagined’ 911, produced as part of California-based Singer’s Dynamics and Lightweighting Study (DLS), has a full carbonfibre body and enhanced torsional stiffness that's possible thanks to a full weight-down study by Williams.

Described as the “most advanced air-cooled 911 in the world”, the car uses a bored-out version of the 964’s 3.6-lite flat six, now of 4.0 litres, and which has been shifted forward to improve the car’s weight distribution. The motor, co-developed by Williams and Porsche engineering legend Hans Mezger, has titanium valves and produces its peak power when spinning at 9000rpm. It features lightweight components made from magnesium, an optimised lubricating system and F1-inspired fuel injectors. 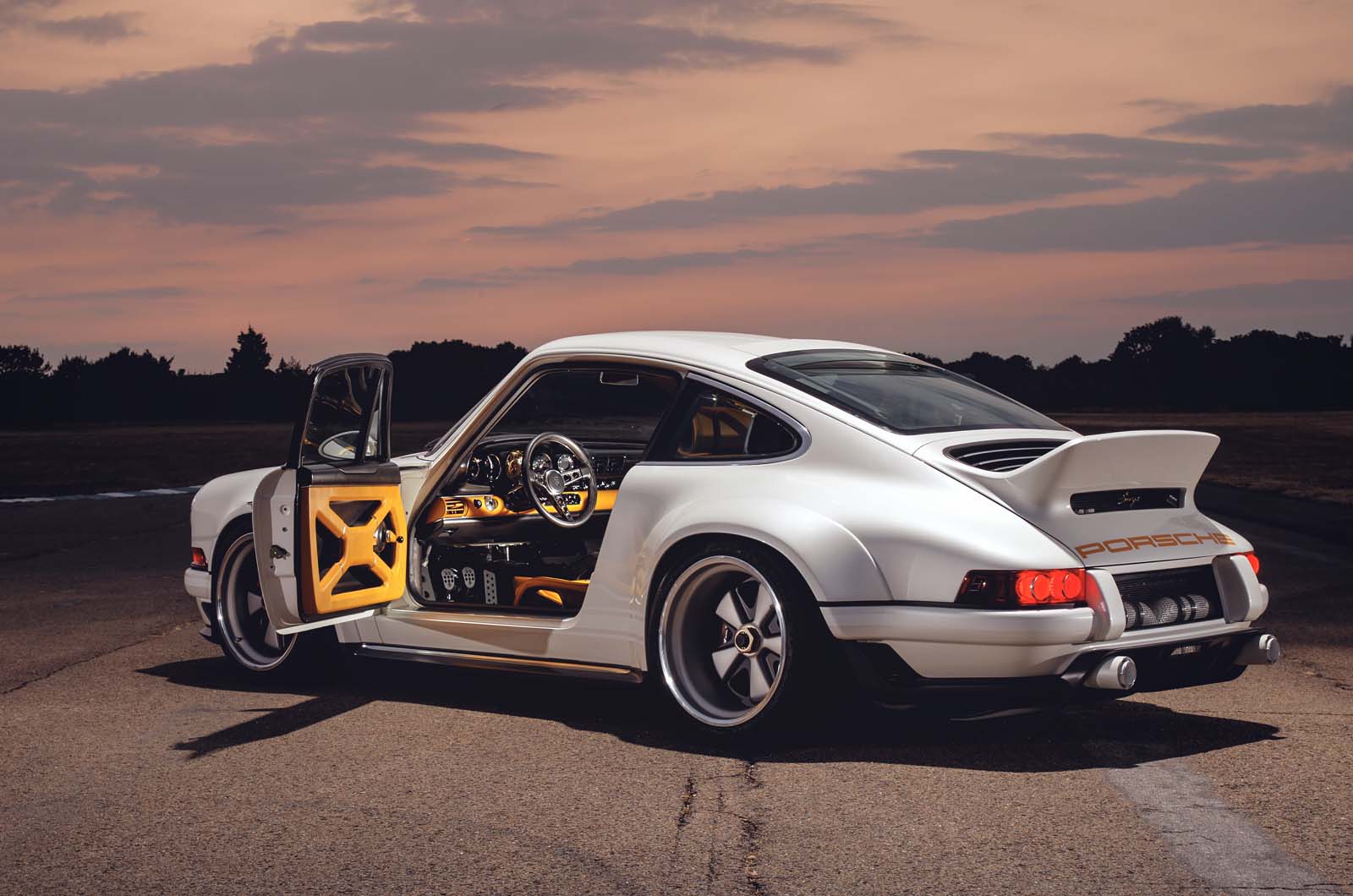 Drive is sent to the rear wheels via a unique six-speed manual gearbox that has magnesium casings and hollow shafts to further reduce the powertrain’s rotating mass. The gearlever is raised and has an exposed titanium and magnesium linkage, while shift lights are integrated into the tachometer.

The powertrain is supported by anti-lock braking system, traction control and electronic stability control technology produced for the DLS by Bosch, enabling switchable driving modes, including one that turns all electronic assistance off.

The car uses lightweight multilink and double wishbone front suspension, while the rear features an aluminium trailing arm that features an integrated brake cooling set-up. Damping is handled by bespoke shock absorbers that have remote reservoirs. 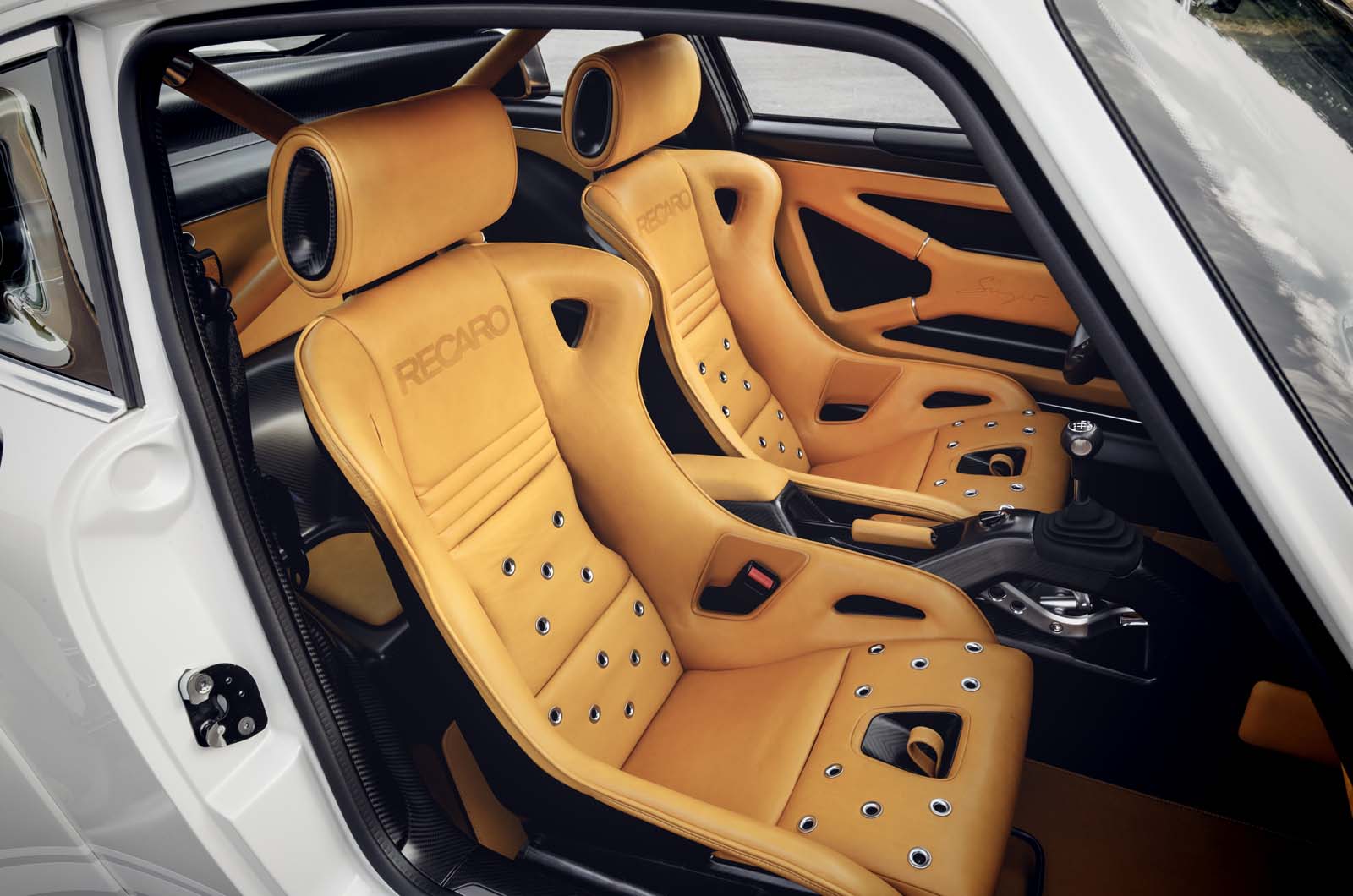 Brembo has supplied carbon-ceramic discs and monobloc calipers specifically for the DLS 911 that are claimed to be capable of both road and track work. They’re located behind magnesium, monobloc 18in wheels developed by BBS with Williams-produced titanium centre locks. Michelin has provided the Pilot Sport Cup 2 rubber.

Inside, Singer has fitted the cabin out with a detailed mix of custom leather trim and carbonfibre panels, with the Recaro seats and Momo steering wheel produced in bespoke lightweight forms specifically for the car.

The DLS project began in November 2017 when Porsche enthusiast Scott Blattner requested his 1990 964 to be given lighweight and performance enhancements. His car will be displayed alongside several other bespoke Singer commissions, including ones for customers in London, Manchester and Surrey.

Vauxhall reveals new styling direction for 2019 and beyond

All part of the deification

All part of the deification of Porsche.