BACK TO ALL NEWS
Currently reading: Toyota C-HR on sale from £20,995
UP NEXT
Maserati MC20 Cielo is 621bhp McLaren 720S Spider rival

Order books for the Toyota C-HR have opened, with the new mid-size crossover appearing in UK dealerships from January 2017. Priced from £20,995, the C-HR is being pitched as a rival to the Nissan Qashqai, Skoda Yeti and Renault Kadjar, although its coupé-like roofline and bold styling make it a fairly unique proposition in the market.

First unveiled in production form at the Geneva motor show in March 2016, the C-HR was revealed as a concept in 2014. The production model gets a coupé-like build due to the designers’ determination to create something that stands out in the Toyota range. The C-HR will sit below the current Toyota RAV4 in the model line-up, but is also 20cm longer than a Nissan Juke, placing it as a rival to the Qashqai. 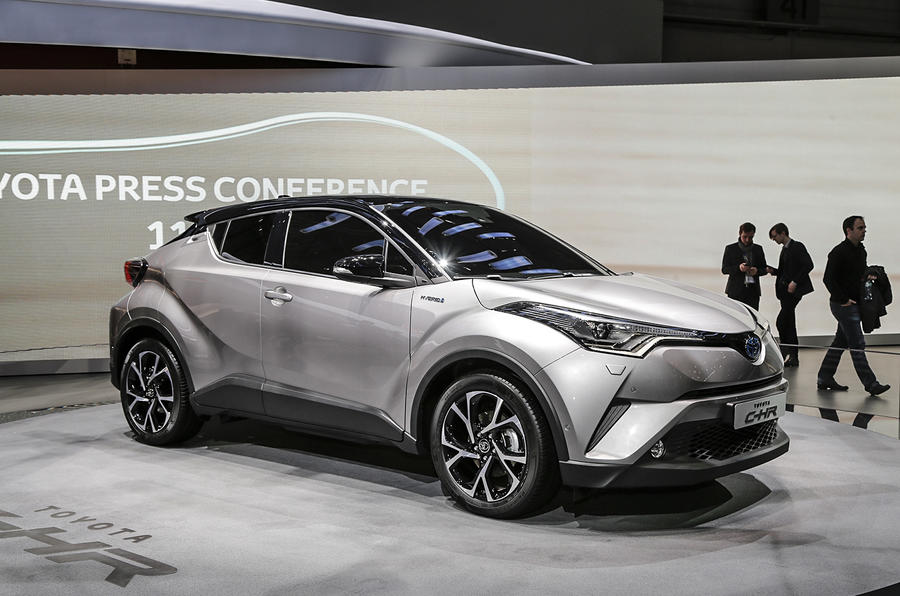 Its exterior design features angular lines and large wheel arches. To the front, headlight clusters wrap around the car giving a feeling of width, adding the low body stance of a coupé while featuring the raised ground clearance of an SUV. The clusters also incorporate full LED lighting and sequential turn signals.

Rear door handles have been disguised by their integration into the C-pillar, which flows into the rear spoiler design, adding to its coupé feel.

Based on the Toyota Prius, the new model also sits on the Toyota New Global Architecture (TNGA) platform and gets two powertrain options in the UK. Option one is the latest generation 1.8-litre full hybrid engine, which delivers 12bhp, and emits 86g/km of CO2 while returning a claimed 74.3mpg  – meaning it will cost you nothing in road tax. Hybrid components have also been made lighter and smaller, aiding toward the C-HR's low centre of gravity.

The same 114bhp 1.2-litre turbo engine that already features in the Auris is also available, and comes mated to either a six-speed manual transmission or a CVT automatic. The CVT option can be specified with front-wheel or four-wheel drive.

A 2.0-litre model with the CVT gearbox will also be built, although it won’t be sold in the UK. 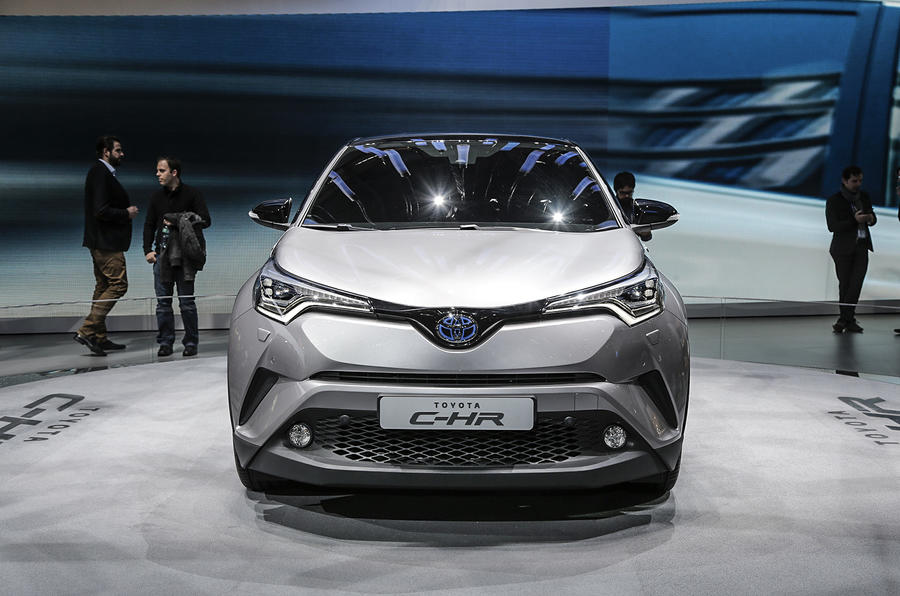 "I notice this car has no

"I notice this car has no main grill opening just like the latest Tesla models. ...."

"I notice this car has no main grill opening just like the latest Tesla models. ...."

If you go back to 80's/90's then all cars had slim lights and low front ends with small grills, in the modern styling era, typified by Audi, merc and virtually everybody else today, the look is oversize lights and grills. If Tesla becomes the next must have item, like i phones, then I would expect other makes to start copying their products and the aero front on the Toyota looks to me like its tying to ape Tesla front styling elements. I don't expect Toyota to be the last.

I agree with Androo. The buyers should have a choice between the too boldly styled and too boringly styled cars. Besides at 20k it is too expensive.
View all comments (7)