BACK TO ALL NEWS
Currently reading: Subaru Viziv Adrenaline hints at future XV design
UP NEXT
Tesla to expand select UK Superchargers to other electric vehicles

Subaru has revealed a new Viziv Adrenaline Concept crossover that showcases the firm’s ‘bolder’ design language at the Geneva motor show - and shows the likely styling of the next-generation XV.

The rugged-looking machine is the latest in the firm’s line of Viziv (‘vision for innovation’) concepts, which date back to 2013. Unlike some concepts, the Viziv models do not generally preview specific future Subaru production cars, but instead are used by the firm to explore future concepts or trends.

The Viziv Adrenaline is used to showcase the latest development of Subaru’s ‘Dynamic x Solid’ design language, which the brand says is evolving to become bolder. 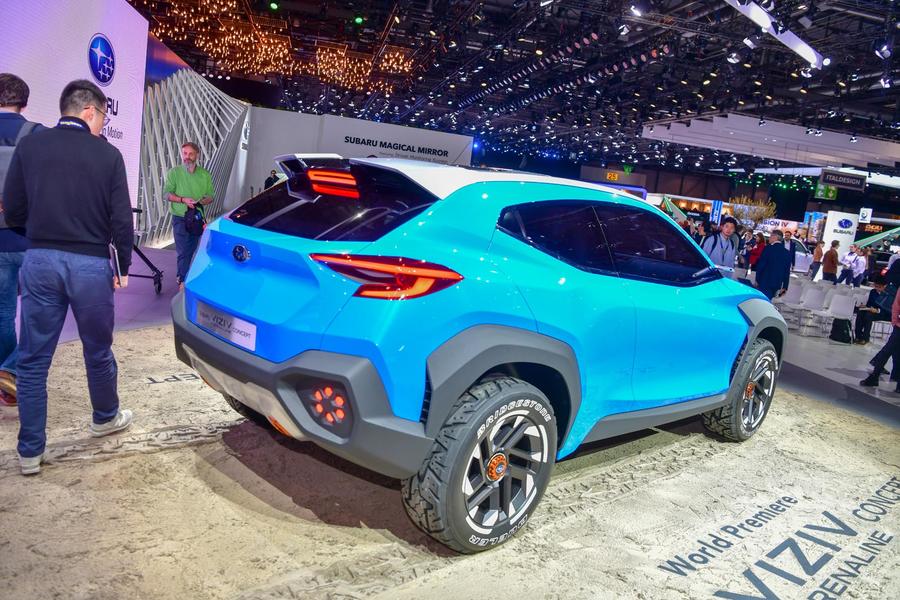 Subaru says the goal of its new design is to better define and highlight the characteristics of the company’s rugged, off-road-focused vehicles. But the concept’s crossover design is similar to the VX SUV (the Crosstrek in the US), and it is likely the next version of that will include several of the Viziv Adrenaline’s design points.

The Viziv Adrenaline has a distinctive roof design featuring reinforced body protectors, along with chunky off-roader styling on the front and rear, including under-floor metal elements that merge into the bumpers. The car sits on off-road tyres.

Because it is a show concept, Subaru has not given any powertrain or technical details.

I no longer get excited about Subaru concepts..

Ever since the STI concept that previewed the new (now 7/8 years old) Impreza STI, got me really looking forward to looks that matched the performance, and then they totally toned the styling down leaving an annonymous looking dowdymobile.  Everything that has followed has gotten progressively dull, even the engine/gearbox combinations.