BACK TO ALL NEWS
Currently reading: Skoda VisionS concept previews 'Kodiaq' SUV
UP NEXT
Ford backs call for European ban on new ICE cars from 2035

The Skoda VisionS concept made its debut at the Geneva motor show, offering a close preview of Skoda's upcoming SUV, which is expected to be called Kodiaq.

The concept will come with three rows of seats offering space for six passengers and their luggage. The VisionS is 4700mm long by 1910mm wide, with a height of 1680mm, making it longer, wider and lower than the Kia Sorento. In production form, Skoda’s SUV will be pitched as an upmarket rival to the Sorento and its sister model, Hyundai’s Santa Fe.

Read our first drive review of the concept car here 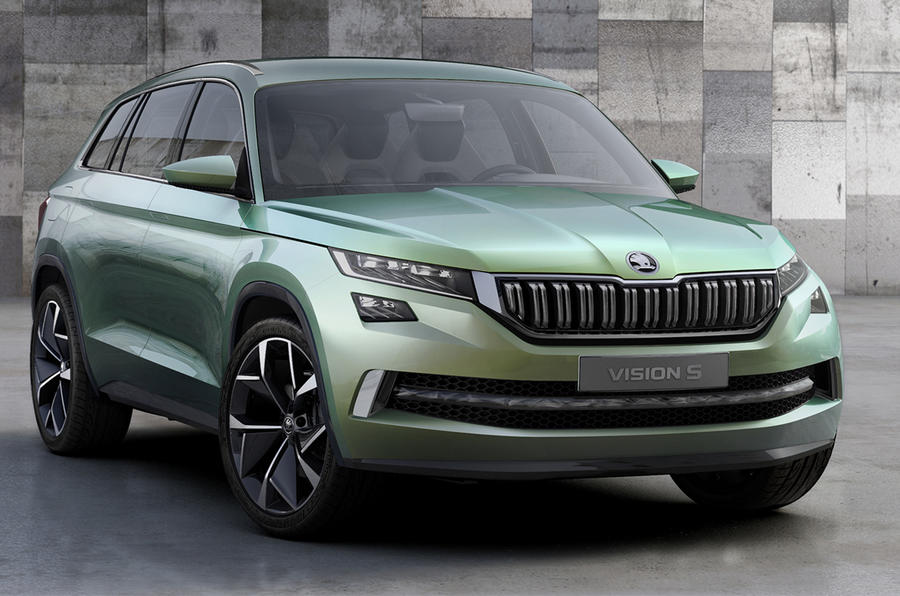 Powering the concept is a hybrid powertrain which mixes a 154bhp/184lb ft 1.4-litre petrol engine with a 54bhp/162lb ft electric motor mounted within the six-speed DSG gearbox housing. A second 114bhp electric motor is located on the rear axle, giving a combined system output of 222bhp and lending the VisionS a so-called 'smart' four-wheel drive system which requires no mechanical coupling.

Skoda claims the VisionS can reach 62mph in 7.4 sec with a top speed of 124mph. CO2 emissions are rated at 45g/km. The VisionS is capable of travelling up to 31 miles on electric power alone, with a combined range of 621 miles.

As with most electric and hybrid vehicles, drivers can choose to operate the VisionS purely on electric power, or activate the petrol engine to aid progress and recharge the battery.

Skoda says the interior of the concept will feature large digital displays designed for "digital networking" and infotainment. Users can "connect to the network in several ways from each seat in the vehicle."

The VisionS's styling is in line with 2014's VisionC concept, which ushered in a new design language for the brand.

Although nothing is official at this stage, Skoda’s SUV should cost from around £24,000 when it goes on sale in the UK early next year. That price neatly undercuts its rivals from Kia and Hyundai, which start at £28,795 and £31,845 respectively. 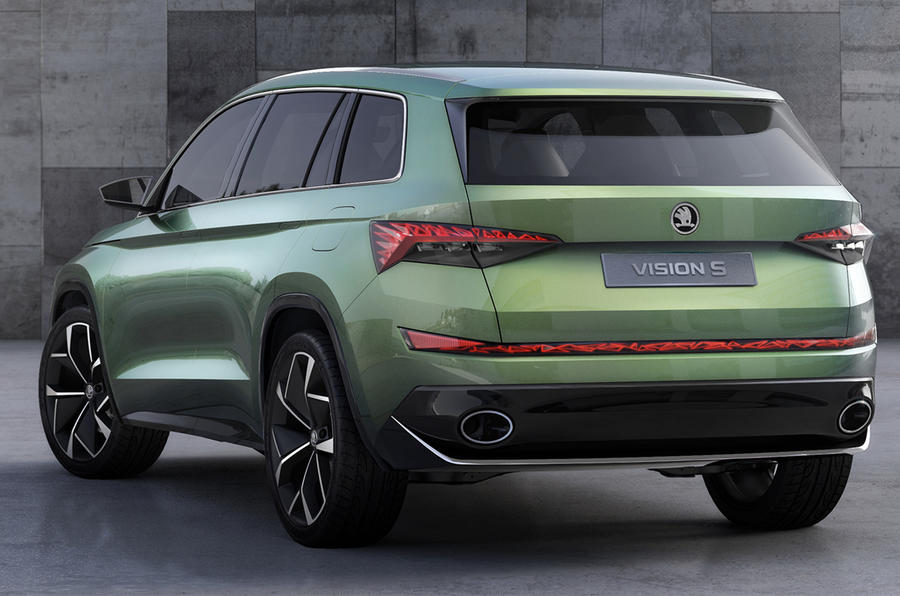 The new SUV will be based on the VW Group’s MQB platform, and will share most of its underpinnings with Volkswagen’s own CrossBlue, which is due to be launched later this year.

Power for the production car will come from four-cylinder engines already offered in the new Superb, with a 1.6-litre turbodiesel forming the base engine. A diesel-electric hybrid version will also be offered, and four-wheel drive will be optional on most models.

Beyond the launch of its first SUV, Skoda is already planning a more rakish five-door coupé to join the range soon after the full-size version goes on sale. That car will be followed by a sportier model with tweaked styling, and the SUV family will be completed by the new Yeti, which is due to go on sale in 2018.

Skoda said: "Over recent years Skoda has completely renewed its model range and the next phase will involve broadening the range of models in the SUV segment."

Why are they not bringing this interesting petrol hybrid concept engine to the market? Surely the popularity of the mitsubishi outlander-phev has proved that there is a mass market?
The Apprentice 4 March 2016

I like the front a lot. The rear is like a homage to SsangYong damn ugly. And I know concepts are supposed to be eye catching but those very gay colours are doing it no favours!!!
Aussierob 4 March 2016

Given this is a school mum/school run car, why do Skoda think its attractiveness is enhanced by two (admittedly attractive) young ladies standing next to it, not a George Clooney lookalike?
And it must be very hard to come up with a new colour to emphasise your new car (which everyone will buy in silver or black anyway) but this does look new to me!
Sorry if these are not controversial points and won't start an argument.
the instigator 4 March 2016

Given this is a school mum/school run car, why do Skoda think its attractiveness is enhanced by two (admittedly attractive) young ladies standing next to it, not a George Clooney lookalike?
And it must be very hard to come up with a new colour to emphasise your new car (which everyone will buy in silver or black anyway) but this does look new to me!
Sorry if these are not controversial points and won't start an argument.

Best thing Skoda can do is offer this lovely shade of mint ice cream and some other diverse ones too AND leave the ubiquitous white, black and all silver and grey shades in between off their colour chart... vive la difference !