BACK TO ALL NEWS
Currently reading: Mercedes-AMG GLE 53 arrives with 429bhp mild-hybrid straight six
UP NEXT
Mercedes-Benz: electric C-Class likely to arrive after 2024

The new Mercedes-AMG GLE 53 4Matic+ has made its public debut at the 2019 Geneva motor show.

The output of the mild-hybrid drivetrain is put at a nominal 429bhp at 6100rpm and 383lb ft of torque between 1800rpm and 5800rpm, with an additional 22bhp and 184lb ft provided by the starter motor, which acts as an electric motor for brief periods under acceleration. Altogether, this provides the new GLE 53 with 89bhp and 184lb ft more than the old GLE 43, which ran a more conventional turbocharged 3.0-litre V6 petrol engine without the electronic boosting technology.

Mercedes-AMG has yet to announce a kerb weight figure for the GLE 53, but it claims a 0-62mph time of 5.3sec – 0.4sec faster than the old GLE 43 – and an electronically governed top speed of 155mph. Combined fuel consumption on the NEDC test procedure is a claimed 41.2mpg for an average CO2 emission figure of 212g/km. 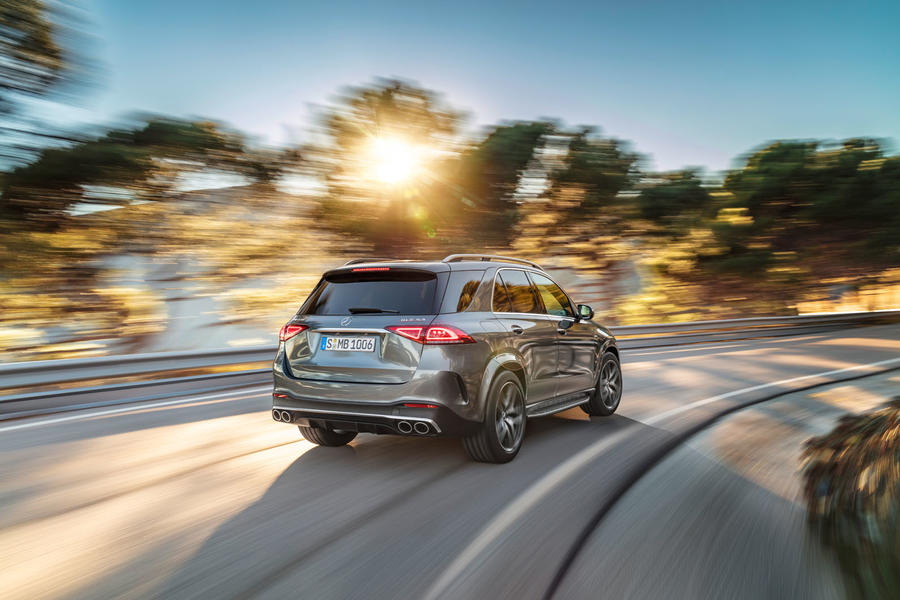 Together with the new EQ Boost powerplant and upgraded four-wheel drive system, AMG has provided the GLE 53 with a speed-sensitive variable ratio electromechanical steering system, a uniquely tuned Active Ride Control air suspension with ride height adjustment and a self-levelling function as well as a Ride Control system with continuously adjustable damping control.

Further modifications include the brakes. They adopt 400mm front and 345mm rear discs with two-piston and single-piston calipers respectively. The standard wheels measure 20in in diameter, with both 21in and 22in rims available as options.

Other styling upgrades include colour-keyed wheel-arch extensions and a uniquely styled rear bumper that houses a prominent diffuser and four chromed tailpipes. 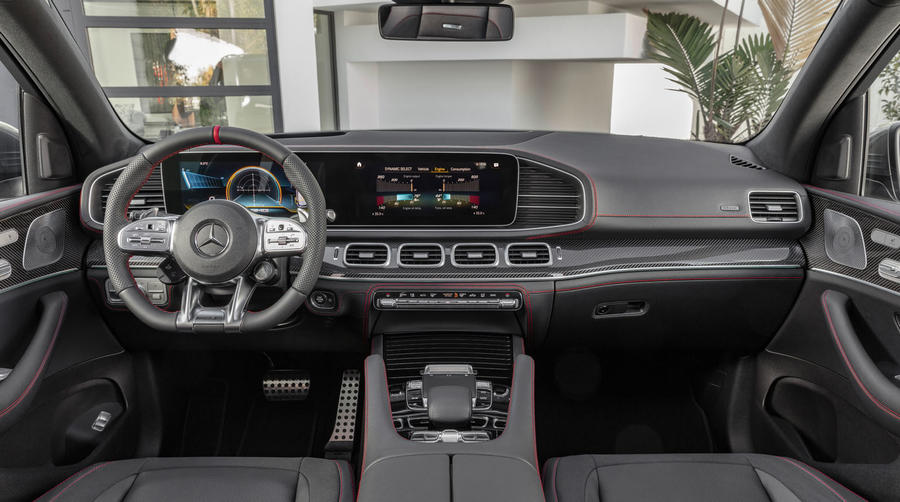 Inside, the new AMG model provides seating for up to seven thanks to an optional third row of seats.

The performance treatment evident outside is mirrored in new AMG digital graphics for the instruments as well as AMG Performance seats and a multi-function steering wheel with aluminium shift paddles.

The GLE’s MBUX operating system has also been enhanced with a new AMG Track Pace function, which provides vehicle-specific data, including 0-62mph, standing quarter mile and 62-0mph times that are able to be accessed on closed routes outside public traffic areas.

New E-Type shows how to do it.  Mercedes's insides remind me of 1980's Amstrad Hi-Fi's

For years now, Mercedes (under Gordon Wagener?) are not allowed to have straight lines and sharp corners. All corners down to the air vents (as in this car) have to be rounded off. I find the lack of bold confident gestures in Mercedes styling under Wagener very disappointing.

Personally, I really like that grill. Looks great from the outside, but....

That interior is terrible. Reminds me of a Citroen Picasso.

Mercedes just need to to keep out of the Audi/BMW battle, and have something unique, and they've got a hit