BACK TO ALL NEWS
Currently reading: Maserati Alfieri to launch at Geneva in 2020
UP NEXT
WRC Croatia preview: championship returns to asphalt

Maserati Alfieri to launch at Geneva in 2020

The model was first previewed as a concept car back in 2014 and the big gap means radical changes: it will come with a choice of three different electrified powertrains as Maserati looks to position itself as both a high-tech performance car maker and the technology leader in the Fiat Chrysler Automobiles (FCA) group.

However, the production version of the two-seater will not follow until 2021/22. The time will be taken in the meantime to launch updated versions of the Ghibli, Quattroporte and Levante, according to Wester.

They, too, will then be replaced with new versions by the end of 2022 and those new versions will also each come with a fully electrified powertrain option alongside mild- and plug-in hybrids.

“Any product we touch or make will have significant electrification,” said Wester. “The main launches for new products are in 2021/22 and by the end of 2022 we will have a completely new range. For each and every line-up, we will have a full battery electric version. Not only that but at least one.”

The powertrain options on the Alfieri will include an electric version, which will use a tri-motor, four-wheel drive system with torque vectoring and 800V battery technology, and a plug-in hybrid. 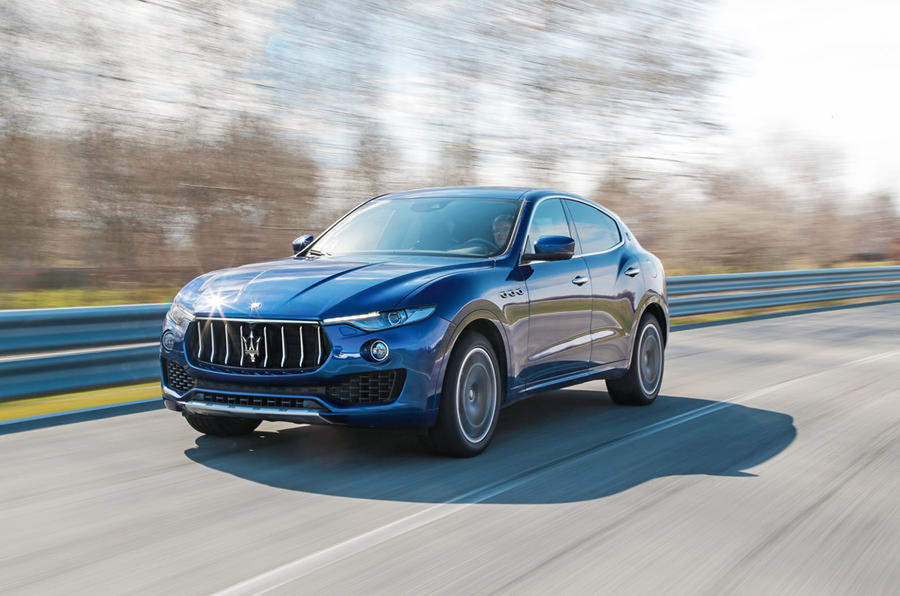 Wester believes that Maserati is one of a few brands that can make a commercial success of electrified drivetrains in the medium term.

“For a long time, it will not be a business. We are all dreaming,” he said. “Maserati is one of the few brands who can sell cars at the cost and reality of the technology and still make money.

“You need hundreds and thousands of sales from major car makers to make the same money and also hit the 95g/km CO2 emissions target. The only way to do this even is part of a big group with a mix of high and low products, but ultimately profitability will still go in one direction.”

Wester didn’t sound hopeful about a long-term future for diesel in Maserati’s range as politicians look to legislate it out of existence and confuse customers about its future and viability. “It’s not personally about what I believe but what politicians believe,” said Wester.

Maserati has sourced its petrol engines from Ferrari and, after Ferrari’s separation from FCA, Wester said the firm would “not necessarily” continue sourcing from there. But he added that you’d need to “do something exceptional” to match Ferrari’s engines.

Having looked at pictures of the current Corvette I realise I was wrong.  This looks about 99% identical to the Corvette.

However.  That 1% makes me want the Alfa rather than the Corvette.  Where the Corvette is muscular, macho, masculine, the Alfieri (or, at least, Autocar’s rendering!) looks more feminine, curvy, flowing, and generally just more beautiful.

the Corvette looks fabulous, but the Alfieri is the car I would want.

Sorry, yes I was referring

Sorry, yes I was referring specifically to your last comment

Having looked at pictures of the current Corvette I realise I was wrong.  This looks about 99% identical to the Corvette.

However.  That 1% makes me want the Alfa rather than the Corvette.  Where the Corvette is muscular, macho, masculine, the Alfieri (or, at least, Autocar’s rendering!) looks more feminine, curvy, flowing, and generally just more beautiful.

the Corvette looks fabulous, but the Alfieri is the car I would want.

Its only a render.

Its only a render.

Was that directed at me, or the Autocar journalist who wrote this article?  After all, I made it perfectly clear that I was aware it was only Autocar’s rendering.

I really hope Alfa Romeo makes this.  They are making a great range of cars these days, and this will be the icing on their cake.

i especially hope it looks like this Autocar rendering.  There is a hint of Corvette about it, but that is no bad thing, as this design is just stunning, and this design would make it one of the best looking cars on the road, anywhere.

You are aware this is about

You are aware this is about Maserati and not Alfa, right?