Prices for the now hybrid-only supermini begin from a shade under £19,000 and is available with SE, SR and EX trims
Open gallery
Close

The new Honda Jazz starts from £18,890, rising to £23,580 for the range-topping, crossover inspired Honda Jazz Crosstar.

Honda said its fourth-generation Jazz, to be sold exclusively as a hybrid, will “raise the bar in terms of comfort and driver enjoyment”.

The Jazz uses a similar dual-motor hybrid system to the Honda CR-V Hybrid, but downsized for its supermini application. Honda says the powertrain “provides an exceptional blend of strong and effortless driving performance and impressive fuel economy”.

The CR-V Hybrid pairs two electric motors with a 2.0-litre petrol engine and a CVT. However, given its smaller dimensions, the Jazz will use a 1.5-litre petrol engine and a pair of smaller electric motors. These will send a combined 108bhp to the front wheels through a bespoke gearbox with a single fixed-gear ratio for a more linear acceleration curve.

Honda claims a 0-62mph time of 9.4sec and a top speed of 108mph. It says the Jazz is capable of achieving 62.8mpg on the WLTP combined cycle while emitting 102g/km of CO2 in its standard form. 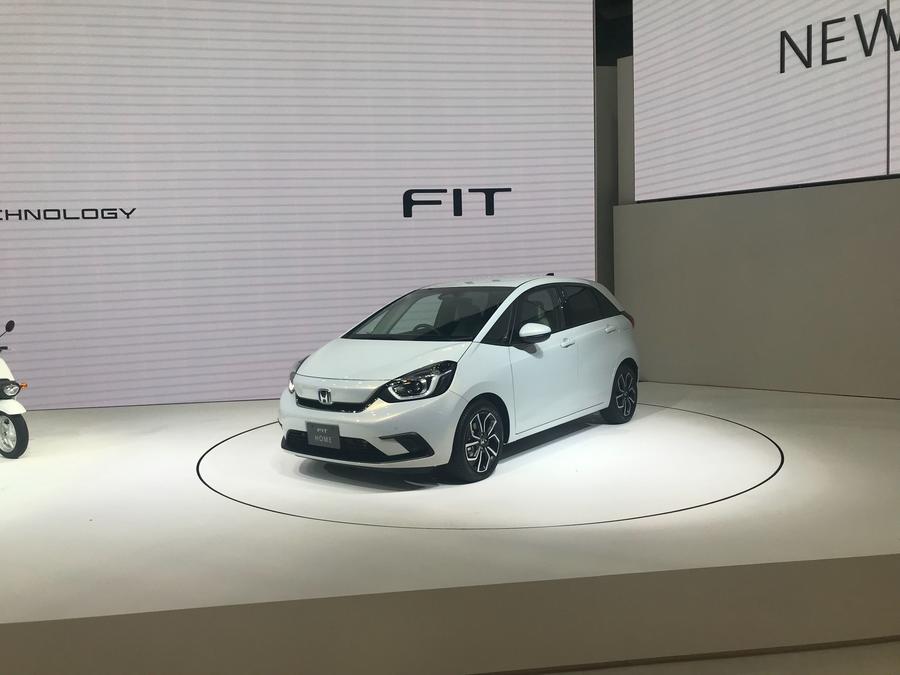 Three driving modes are available, allowing drivers to choose between running on the engine, the motors or a combination of the two. Regenerative braking functionality features, sending charge to the battery pack under deceleration.

The Jazz is the first in Honda's current line-up to go hybrid-only, with other models soon to follow suit. Honda announced last year that all of its combustion-engined models in Europe will be offered with hybrid powertrains by 2022.

The firm said: "Honda will expand the application of its i-MMD dual-motor hybrid system, with the introduction into smaller segment cars an important first step."

Currently, the only model it offers as a hybrid is the CR-V, which indirectly replaced a diesel variant of the compact SUV. Petrol variants are also sold. Honda UK has seen great success with the CR-V Hybrid, which accounts for 55% of the model’s sales.

Following the arrival of the hybrid Jazz in spring this year, the next electrified model will be the Honda Civic in 2021. The next-generation Honda Accord, due to launch in Japan imminently, will also be a hybrid.

Honda CEO Takahiro Hachigo confirmed at last year’s Tokyo motor show that all future electrified Hondas would be sold under a newly-created e:Technology sub-brand. All models powered by Honda's two-motor hybrid system will be called e:HEV. For example, the Jazz’s full name is Jazz e:HEV.

Honda UK sales boss Phil Webb said the maker will launch a campaign to help educate on the hybrid Jazz given the older age of many of its loyal customers. He predicts a dip in sales when it first arrives on roads in summer, but anticipates it will bounce back to between 18,000 and 20,000 units annually in the UK.

The new Jazz must remain familiar enough to appeal to those loyal owners, while also bringing in new people to Honda’s entry-level model.

The styling is a minor evolution over the previous model. The space-maximising upright profile and tall glasshouse remains – allowing for a load capacity of up to 1203 litres with the rear seats folded – but with more curved lines and redesigned lights, bumpers and bonnet. One notable feature is the split A-pillars, designed to increase forward visibility. The windscreen wipers have also been hidden below the top of the bonnet line.

Honda claims the new Jazz's seats offer comfort similar to that of a premium saloon. The rear seats are said to retain the flexibility of previous Jazz's in how versatile they are. The forward cabin design is a simple one, with clean lines and a touchscreen mounted in the centre console.

Honda will offer, on both the Jazz and Honda e, its latest My Honda+ smartphone app, which includes remote vehicle lock and unlock, Intelligent Geofencing which alerts an owner if the vehicle breaches a pre-set ‘geofence’ zone, and the ability to send journey information from the app to the car’s navigation system.

Infotainment and connectivity features can be activated using voice commands, with Honda’s so-called Personal Assistant, which was first seen on the Honda e.

The maker claimed the system assesses voice inputs with “a level of complexity beyond the capabilities of other voice-activated virtual assistants”. It is capable of understanding multiple requests, for example: “OK Honda, find me an Italian restaurant with free parking, WiFi, that is open now." Suitable options would display on the touchscreen before plotting the best route to the chosen location and displaying it on the navigation screen.

The touchscreen is intended to minimise driver distraction, said Honda. It claimed the menu navigation is designed to reduce operation time by 58% over the previous model. It has also reinstated physical controls for key functions such as heating and ventilation for the same reason.

There are three trims available in the UK: SE, SR and EX, as well as the crossover-style Crosstar. Standard features include adaptive cruise control, lane keep assist, automatic headlights, Apple CarPlay and Android Auto. Black paint will be the default cost-free option while six other paint options are also available. The Crosstar will be exclusively available in two-tone combinations with a gloss-black roof.

Hybrid mega-test part one: Lexus vs Honda vs Subaru vs Toyota​

Comparing one very expensive supermini with another doesn't mean they're good value for money!

Every time a new model is launched these days it's accompanied by a huge leap in price. The price of the new model of the even smaller Hyundai i10 has jumped by a ridiculous amount in the relatively short time between when I bought the model I own and the one recently launched.

Almost £20k for the entry level version a car from this small class is outrageous - I'm interested to see what will happen to the already falling sales now Coronavirus is here to stay for a while - maybe they will have to start almost giving them away to kick start consumer interest again.

The prices look step but when you compare it to competitors, it's actually on a par. A 1.0 TCE auto Clio in mid spec Iconic trim is just under £18k whilst a 1.0 ecoboost 100 auto Fiesta is just over £20k in Titanium trim. You might get bigger discounts on the Renault and Ford but the Jazz tends to hold it's value well. Small cars really aren't that cheap any more.

I assume Honda know they won't sell many?