The Toyota Yaris GRMN hot hatch produces a peak of 209bhp at 6800rpm, the brand's performance arm Gazoo Racing has confirmed in Frankfurt.

Powered by a 1.8-litre supercharged engine, the Yaris outpunches rivals such as the 197bhp Ford Fiesta ST200 and 205bhp Peugeot 208 GTi.

The car's highly strung four-pot also makes a peak of 184lb ft, enabling it to accelerate from 0-62mph in a claimed 6.3sec and reach an electronically limited 143mph top speed.

Toyota says its car weighs 1135kg, making it one of the lightest models in the segment. It sits on 17in BBS alloy wheels and Sachs performance shock absorbers.

Despite other cars in the class turning to five-door only bodystyles and the regular Yaris coming in both three and five-door forms, the hot Yaris will be offered as a three-door only. 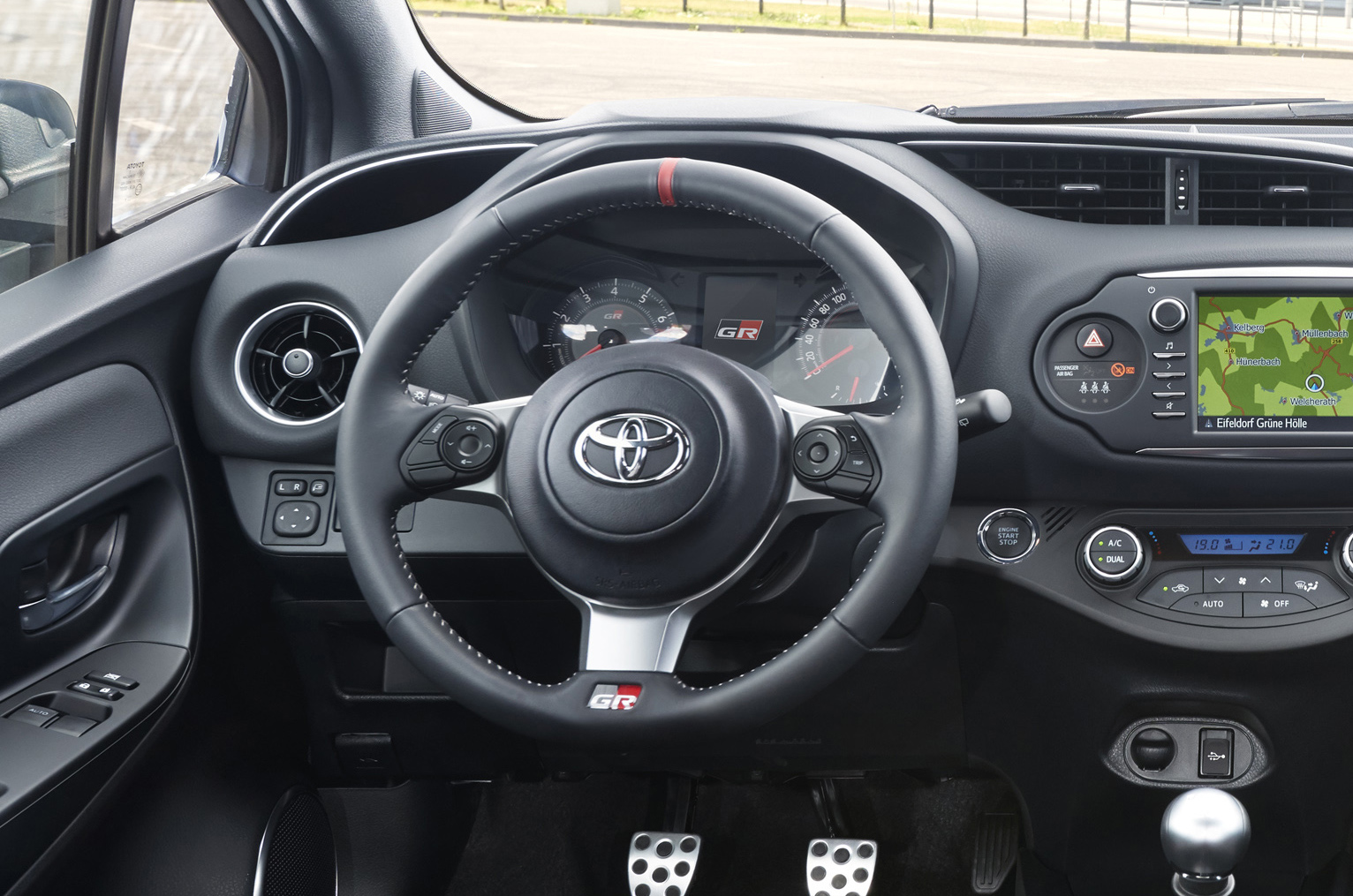 Just 400 examples of the Yaris GRMN are destined for Europe. Buyers can pre-order now, with prices starting from £26,295.

Read more: What does 'Gazoo' mean?

The new standard Toyota Yaris has been revealed - see it here

Well, at least it will make a change...

12 January 2017
...to being stuck behind some FART - Forty All the Ruddy Time (irrespective of the prevailing speed limit) driving one.

On a serious note, is this car an answer to a question nobody asked?

Got their wires crossed

12 January 2017
Despite all the hullabaloo of performance and excitement from Mr Toyoda and his teams it seems to me that whilst their new products (I include this Yaris and their Juke rival for stupidity) have both failed badly to hit the sweet spot. 6.0 secs and supposedly 200 BHP plus. Did someone forget to take the handbrake off? Their Juke silly is great inside and I like that but the outside is a bugger to clean and the performance of a sick snail

12 January 2017
Just look at it: still looking unbalanced after this one-more facelift. And by the way, the amount of facelifts TOYOTA now makes on every car, renders the TPS and their Lean principles to the bin. How many part-numbers are they managing just for basic items? There must be plenty of work to do at the warehouses.

Now lets just hope this one only gets the CVT with stepping software for Japan.

12 January 2017
I've been waiting for ages for a car like this - a true hot hatch from a manufacturer with a good reputation for reliability and customer care.

Good to see it's a proper hot hatch too and not a cynical warmed up "all show and no go" car.

The only disappointment is that it appears to be based on a mild restyle of the current model, so might carry over some of the current car's dated flaws - and I'm not keen on spending a lot of money on a car that might be replaced by an all-new model shortly afterwards.

To all those that associate the Toyota brand with 'old farts' I suggest you look at some of their past motoring heritage. Winston Wolfe drives a Toyota too - albeit with a fake engine roar :-D

21 February 2017
Woah... When was the last time Toyota made an performance hatchback? Toyota Starlet GTi? I hope it will move as fast and handles better than the VW Golf GTi.

....see GRIM instead of GRMN? I bet that's how it'll be referred to.

What do you drive then?

Me, oh, I drive a Toyota Grim

I thought all Toyots'a were grim