The new third-generation Porsche Cayenne Turbo has been revealed at the Frankfurt motor show.

The boosted reserves are channelled through a new eight-speed torque converter equipped automatic gearbox and electro-hydraulic four-wheel drive system, with Porsche claiming a 0-62mph time of just 3.9sec in combination with the new SUV’s optional Sport Chrono Package. That’s 0.4sec faster than its predecessor and 0.2sec faster than the previous Cayenne Turbo S.

An active aerodynamic package featuring a spoiler that deploys from atop the tail gate also provides the new Porsche model with a claimed top speed of 178mph. This is up by 7mph on the previous generation Cayenne Turbo.

Fuel consumption and CO2 emissions are put at 24.1mpg and 267g/km respectively. This compares to the previous model’s 25.2mpg and 261g/km.

The active spoiler, a first for the Cayenne, acts as both a spoiler to increase downforce and an airbrake under braking, stopping the car two metres sooner from 155mph, Porsche claims, as well as optimising efficiency in everyday driving. 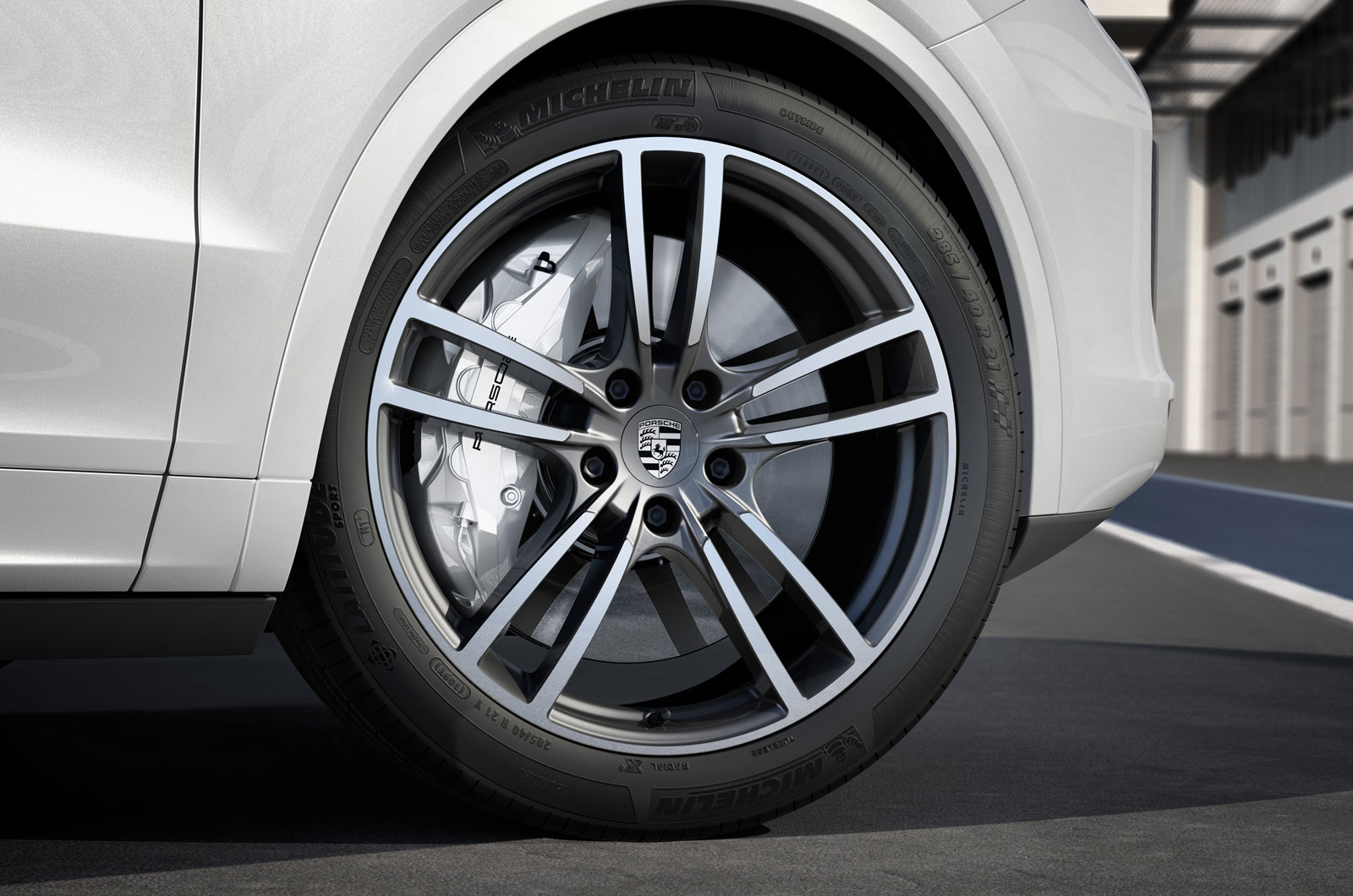 The steel disc brakes have been coated in tungsten carbide, which reduces brake dust, increases performance and decreases wear, although ceramic composite brakes are available as an option.

An advanced new chassis with rear-wheel steering, electronic roll stabilization via a new 48-volt electrical system, torque vectoring and an air suspension that uses three chambers on each spring strut for faster reactions is claimed to enhance the Cayenne Turbo’s handling and off-road prowess. It provides six different levels of ride height.

The Cayenne Turbo will cost €138,850 in Germany. UK pricing is yet to be announced.