Audi Sport has shown the fourth-generation RS6 Avant, which features a 591bhp mild-hybrid twin-turbo V8 and will spearhead a major RS range expansion, at the Frankfurt motor show.

The hot estate is one of six new Audi Sport models due this year, including the RSQ3 and RSQ8 SUVs, which have been spied testing recently. But the flurry of launches kicks off with the latest high-performance Audi estate, extending a lineage dating back to the first RS model, the 80-based RS2 Avant, which was introduced 25 years ago.

Project manager Michael Binder said the RS6 Avant represented “the DNA of Audi Sport”. The fourth-generation model has been extensively reworked from the A6 Avant to showcase the latest design language of Audi’s performance car division. 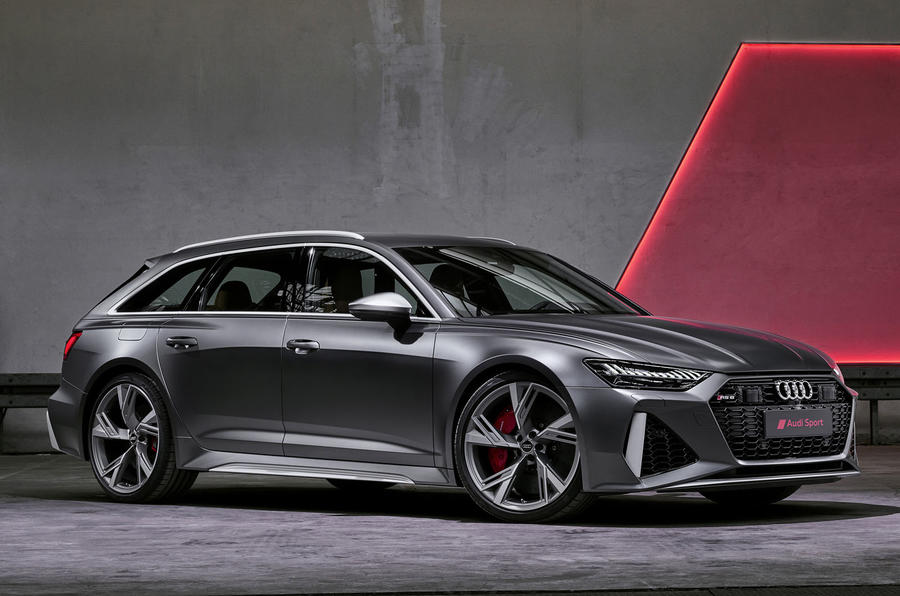 The only body panels carried over from the standard A6 are the front doors, roof and bootlid. Everything else is an RS-specific design. The new panels make the performance estate’s body 80mm wider than a standard A6’s, which measures 1886mm, although the track width is unchanged.

The revamped front end includes a new bonnet with a ‘powerdome’ and thinner headlights taken from the A7. The gloss black front grille is an RS-only design and the air intakes built into the front bumper are styled after those on the R8 supercar. For the first time, the Audi logo is available in black as part of black and carbon styling packs.

There are RS-specific side sills and roof spoiler and a bespoke rear end incorporates a bold diffuser and twin oval-shaped exhausts. Inside, a leather sports steering wheel features RS aluminium paddle shifters and there are leather- and Alcantara-covered sport seats and a revamped instrument panel. 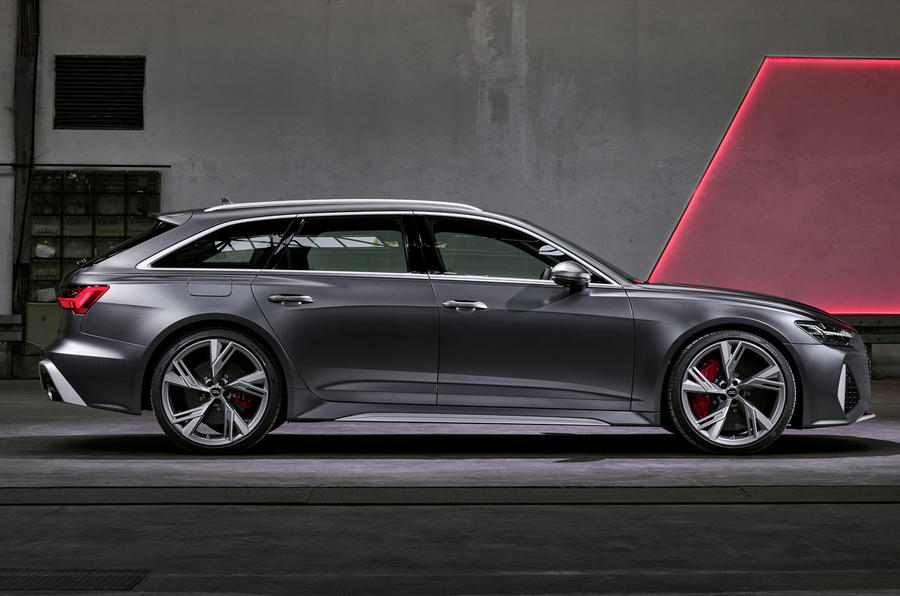 Binder said the brief was to “give maximum performance without compromise” and that is reflected in the 565-litre luggage compartment, unchanged from the standard A6’s, which expands to 1680 litres with the 40/20/40 rear seats folded.

As with the previous generation, the new RS6 is powered by a 4.0-litre twin-turbo TFSI petrol engine, now boosted by a 48V belt alternator/starter mild-hybrid system, which can recover up to 16bhp. The engine also utilises a cylinder-on-demand system that can shut off half of its cylinders to boost fuel economy.

The powertrain produces 591bhp – up from the 552bhp of the previous standard model but slightly below the 596bhp offered by the 2016 Performance variant – with 590lb ft available between 2100rpm and 4500rpm.

The new RS6 Avant can achieve 0-62mph in 3.6sec. A governed top speed of 155mph can be extended to 174mph or 189.5mph with the optional Dynamic and Dynamic Plus packages respectively.

Power is sent to all four wheels, with a 40/60 split between the front and rear axle as standard, through an eight-speed automatic gearbox, which features a launch control option and wheel-selective torque control. The dynamic packages add a sport differential. 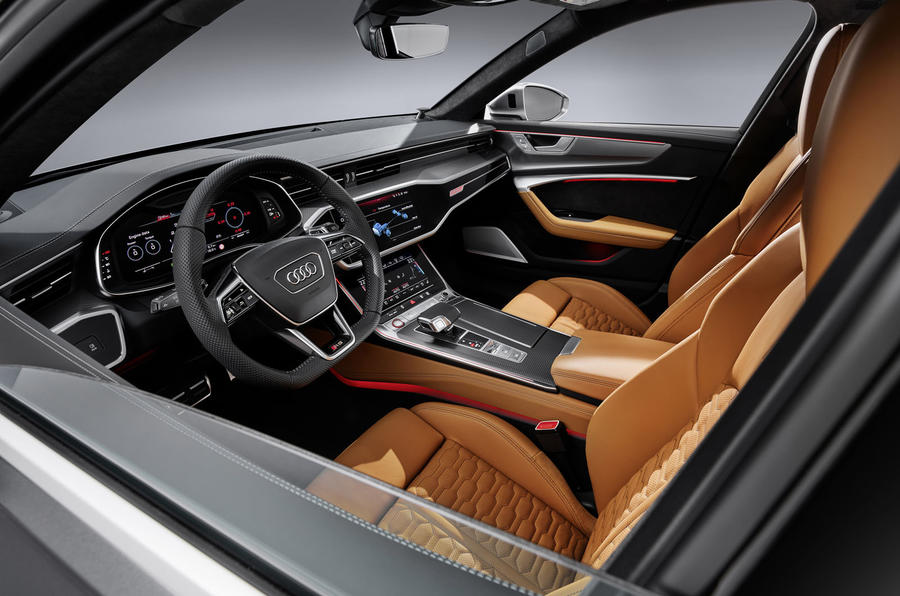 The Drive Select function gains configurable RS1 and RS2 modes, which are activated by an ‘RS mode’ button positioned on the steering wheel. As well as adjusting the engine and handling responses, they also enable bespoke information on the Virtual Cockpit system.

The RS6 sits on 21in wheels as standard, with 22in wheels available as an option, and offers adaptive air suspension as standard. The RS6 rides 20mm lower than the standard A6 and it is lowered by an extra 10mm beyond 75mph. Sport suspension, featuring dynamic ride control, is optional. The standard steel brakes can be upgraded to ceramic discs.

The RS6 Avant is due on sale in the UK in early 2020. Pricing has yet to be set, but expect a small increase over the £79,470 of the previous model. The RS6 Avant will also be sold in the US for the first time. 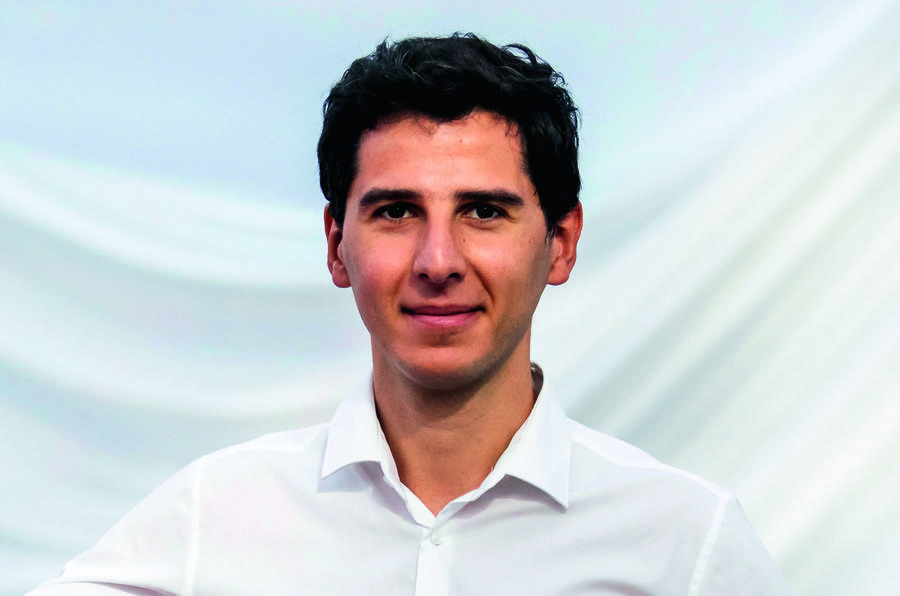 Is it a challenge styling a high-performance estate?

“The [old] RS6 is a hero for us and we had to think about how to top it. It’s changed a lot from the standard A6. This is Darth Vader. It’s the autobahn killer.”

Where did the design inspiration come from?

“We looked at the old RS cars and wanted to go in a clear, clean direction. Audi cars are always simple and superprecise. The motorsport guys always say ‘we reduce, we don’t add’, so we just applied that here. From some angles, it looks like a DTM touring car.”

What is your favourite feature of the design?

“The bonnet makes it stand out, because the A6 doesn’t have the powerdome. The bespoke bonnet was a big investment, but we managed to convince everybody, and it was worth it.”

Is there a current fad for

Is there a current fad for using design tricks to make cars look  w i d e r? For example, a rear light strip - as seen on the current 911, Cayenne, Aston Vantage and Panamera - and this new RS6's dashboard design and its outer styling makes it look as if the photos' aspect-ratio has been squashed.

Are designers 'going wide' to counteract the bulging bonnets that are a consequence of pedestrian impact regs?

Not sure about the looks...

I can't see that car ageing well at all. Such a shame... because the interior looks like a nice place to sit... but the exterior's front and rear treatment are questionable to say the least.

the rear silver bit looks terrible, there is too much gap between the exaust and the silver trim.