The most important Chinese cars of the Beijing motor show

More than 20 million cars were bought in China last year, making it the largest automotive market in the world. With so much money to be made, it’s unsurprising that many car makers build vehicles specifically for the East Asian market.

Below, we run through the key China-focused cars on display at this year’s Beijing motor show.

You can click here to read about the history of the Chinese copycat car. Likely to launch next year, the Hongqi Concept B previews a car which will compete with the stretched BMW 3 Series and Audi A4. Hongqi claims the front resembles a Chinese lion while inside, it features a futuristic front digital panel with digitised sunflowers - one of the symbols associated with the brand. Engine options are likely to include a 2.0-litre turbo and a PHEV variant. Sitting between the Audi Q5 and Q7 size-wise, this SUV is more attractive than its sibling, the LS5, which is now entering production. Engine choices are likely to include a 2.0-litre turbo and 3.0-litre V6 when production starts in  two years time. The company says the interior echoes luxury first-class airline accommodation; it includes a front passenger seat that doubles as a foot rest for rear occupants. The Trumpchi brand began from humble beginnings, with a model based on the Alfa Romeo 166. Helped by bold designs and rapidly improving quality, it has since grown into one of the few credible offerings from the large state-owned manufacturers.

The GS8 is the largest SUV in the brand’s line-up; it comes with a 2.0-litre turbo engine and, unusually for China, an auto stop-start system. Featuring adaptive cruise control and linkability with both Apple Carplay and Baidu Carlife, the seven-seater has a distinctive face thanks to LED headlights and masculine grille.

The car is expected to export to the Middle East, where the Trumpchi range is already available. With the recent boom in incentives for electric cars in China, this is the latest in a row of electric vehicle manufacturers bringing models to market. This tall supermini is the first in a range which will also include commercial vehicles. Offering a range of 125 miles, the model comes in two sizes - the larger version is just  over 4 metres long. Chery has revealed an electric car concept at the Beijing motor show - the FV2030. The name and wacky styling - both inside and out - suggest that the concept is purely experimental and exploratory, but its crossover shape and electric powertrain are timely; suggesting it may preview an upcoming EV crossover from Chery. LeEco, whom you may know from their work with Aston Martin on the upcoming RapidE electric vehicle, and sharing a co-founder with Faraday Future, has brought its own Tesla Model S rival to the Beijing motor show; the LeSEE - short for Super Electric Ecosystem. unveiled the LeSEE, an electric sedan that LeEco is positioning as a Tesla Model S challenger. Few details are known about the car, but it has been built with autonomous technology in mind; the steering wheel folds away and screens offer in-car entertainment for passengers.

LeEco hopes to start producing the LeSEE in a few years in a Las Vegas plant, run by its partner Faraday Future, with cars intended for both US and Chinese markets.

Senova, an offshoot of the Beijing Automotive Industry Holding Co., has shown the OffSpace SUV concept to the Beijing motor show, which previews a new large SUV that will be launched on the Chinese car market in late 2017. IAT-Auto has shown this SUV concept at the Beijing motor show with extreme angular styling, diamond-shaped windows and huge tyres. At six meters long, details are sparse on this eccentric-looking concept. IAT Auto began life in 2002, but didn’t appear in public until the 2010 Beijing motor show, when it announced three concept cars. These included a gullwinged, compact coupé called the Wu Feng II, which was claimed to have a top speed of 124mph and a 0-62mph time of 7sec. 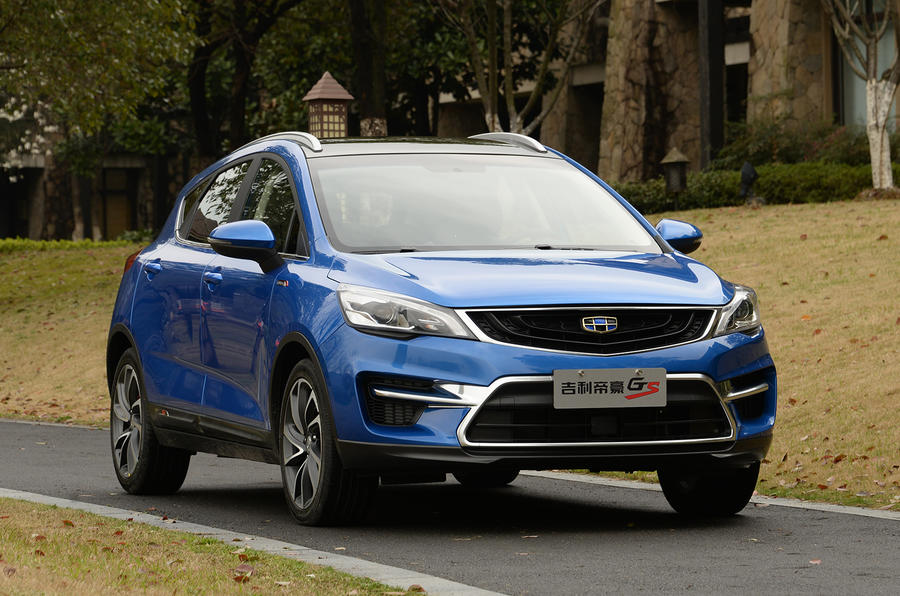 Geely has gained momentum in the past few years, with its GC9, launched at last year’s Shanghai show, being named China Car of the Year for 2016.

The GS continues the new design language, this time in the form of a compact SUV. Engine choices are currently a 1.3-litre turbo with 131bhp and an older 1.8-litre naturally aspirated unit. Under the Blue Geely Initiative – the manufacturer’s drive to new energy vehicles - a plug-in hybrid version can be expected within the next year. Set to be exported, it might make it to Europe.

This is the second all-electric car from Warren Buffett’s attack on the electric car industry. While no Tesla, BYD’s first electric car, the e6, has found use as a taxi in many cities around the world (including London). The Qin was originally a plug-in hybrid and repackages the e6’s electric technology into a more practical car for the masses. With a claimed range of 190 miles, prices start at around £26,000 before green subsidies. This car stands a real chance of fulfilling BYD’s long-promised break into Western markets. 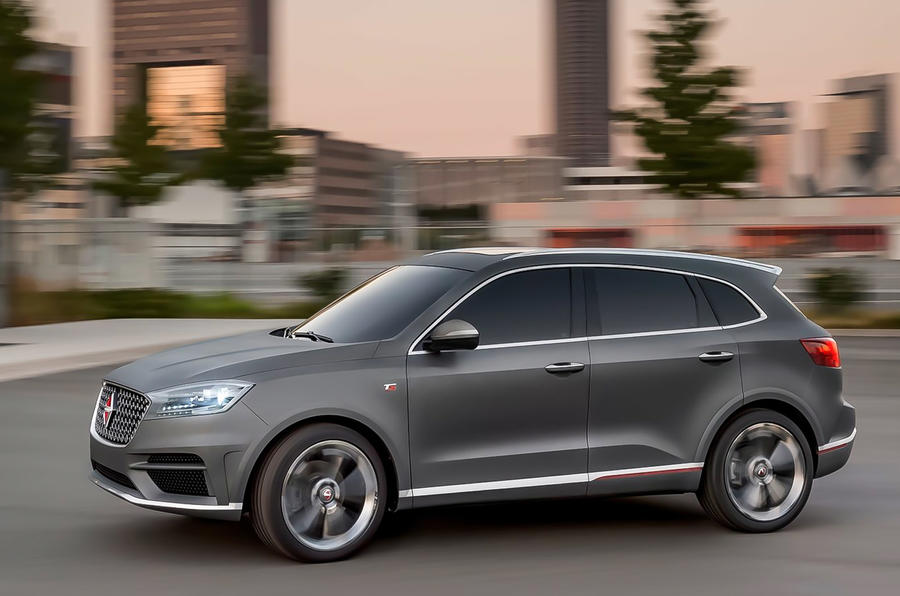 Originally a German manufacturer which closed in the 1960s, the Borgward name has been revived by BAIC.

Although still a prototype, the BX7 is primed for production, targeted at the upper mid-sized SUV market. The seven-seat, 4.7m long model features a permanent all-wheel drive system, plug-in hybrid technology, and what Borgward claims is “the latest in communications and entertainment systems”. Its plug-in hybrid system, comprising of an internal combustion engine and electric motor, gets 254bhp.

It’s no secret things haven’t been going according to plan for Qoros. Despite producing well-engineered, essentially German cars in China, they’ve struggled to sell. Meanwhile, European sales, apart from the Slovakian test market, have failed to materialise.

We expected a crossover version the Qoros 3 saloon at the show, but unexpectedly, it was electric too. Range is said to be nearly 220 miles achieving 0-62mph in 7.9secs. Production is due in2017 but it’s unlikely it’ll brings us any closer to full-blown European sales. 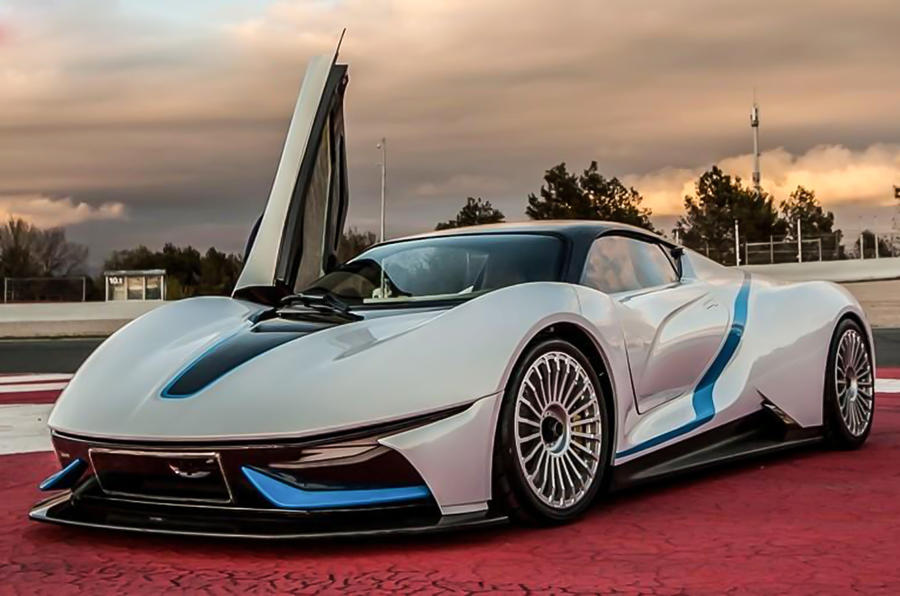 Chinese car giant Beijing Automotive Industry Corporation (BAIC) has unveiled its all-electric supercar concept, called the ArcFox-7, at the Beijing motor show. The car is expected to go on sale later this year. The electric supercar concept follows hot on the heels of the similar Beijing-based Techrules’ AT96 supercar, which produces 1030bhp from an electric motor and a range-extending turbine.

The car will feature three driving modes, which are Economy, Comfort, and Race. These driving modes adjust the ride height of the car, with a ground clearance of 120mm in Economy mode, 100mm in Comfort mode, and 80mm in Race mode. The model was designed and developed in Barcelona at BAIC’s R&D centre, and was inspired by Formula E racing cars. 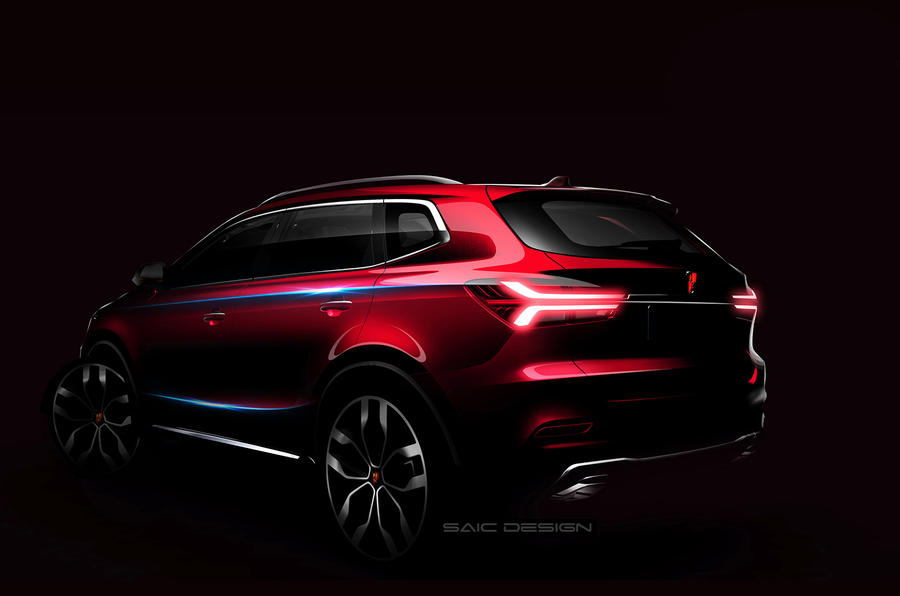 The Roewe RX5 is China’s answer to the MG GS. Both are due to go on sale in their respective markets later this year. Power comes from either a 1.5-litre or 2.0-litre turbocharged petrol engine. More details are thin on the ground, but Roewe says the RX5’s wheelbase is longer than 2700mm. Roewe began life as the intellectual property brought in the aftermath of the Rover collapse. Parent company SAIC owns the MG brand, and many cars offered by the two marques are closely aligned. At the 2011 Shanghai show, one of the big stories was the creation of China-only brands by joint ventures, which are treated favourably by the government. Venucia, created by Dongfeng Nissan, has been one of the most successful.

While it started off using old Nissan designs, the latest T90 is based on the current Murano. With X6-like SUV coupé styling, it is due to go on sale in China in October. Power is likely to come from a 2.5-litre petrol or 2.5-litre hybrid. Along with Great Wall, Geely and BYD, Chery was once one of the best-selling Chinese brands. Sales, however, have fallen and the company largely survives on handouts from the local government.

Formerly known as the Chery T15, the SUV's engine choices are likely to be 1.5-litre and 2.0-litre petrol units, when it goes on sale in China in October. Chery will need to seriously improve its quality if it is to rejoin the big league, particularly when it comes to interiors.

Sales, however, have fallen and the company largely survives on handouts from the local government.

That'll be the Chinese copying British Leyland then.

March of the Makers

19 April 2016
Is anybody else as excited about the Geely Emgrand GS as I am?

Is anybody else as excited about the Geely Emgrand GS as I am?

22 April 2016
This is a serious World car. DongFeng maybe an unknown name to you guys in Europe or the States ? but here in Russia I see thousands of them daily. They are uber reliable busses (diesels of course) and over the last three years some pretty massive trucks (20-40 tonners). So this is a company which has some serious money and profits behind it. Just hope their car diesels wont be as smelly as their busses!

27 April 2016
The MG GS has a 2650mm wheelbase - the RX5 appears to be a significantly larger SUV. Official photos of an electric blue RX5 have been released and, IMO, it looks to be yet another Roewe with competent styling/presence that should be sold in the West.