BACK TO ALL NEWS
Currently reading: Who is Carlos Ghosn and why is this saga going to run and run?
UP NEXT
Two worlds collide: Porsche Taycan vs Alpina B3

Who is Carlos Ghosn and why is this saga going to run and run?

The Great Carlos Ghosn Saga looks set to run throughout 2020. His dramatic undercover escape from Japan while awaiting trial for multiple charges of financial misconduct was like something from a Hollywood film, and his subsequent explosive press conference from Beirut was bizarre and revealing in equal measure.

In many ways, the gripping events reflect the explosive career of Ghosn himself, who worked his way up to become one of the most powerful, colourful and charismatic figures in the global car industry, heading an empire employing 470,000 people and building more than 10 million cars per year at 122 factories.

As with many of the most driven individuals in this industry, Ghosn had humble beginnings. He enjoyed his first business success working for French tyre maker Michelin, rising from working on the factory floor in France and Germany to become its CEO for America after 18 years. He joined Renault in 1996, where he quickly earned the nickname ’Le Cost Killer’ for his ruthless cost cutting, including factory closures and job losses, to help turn Renault around. 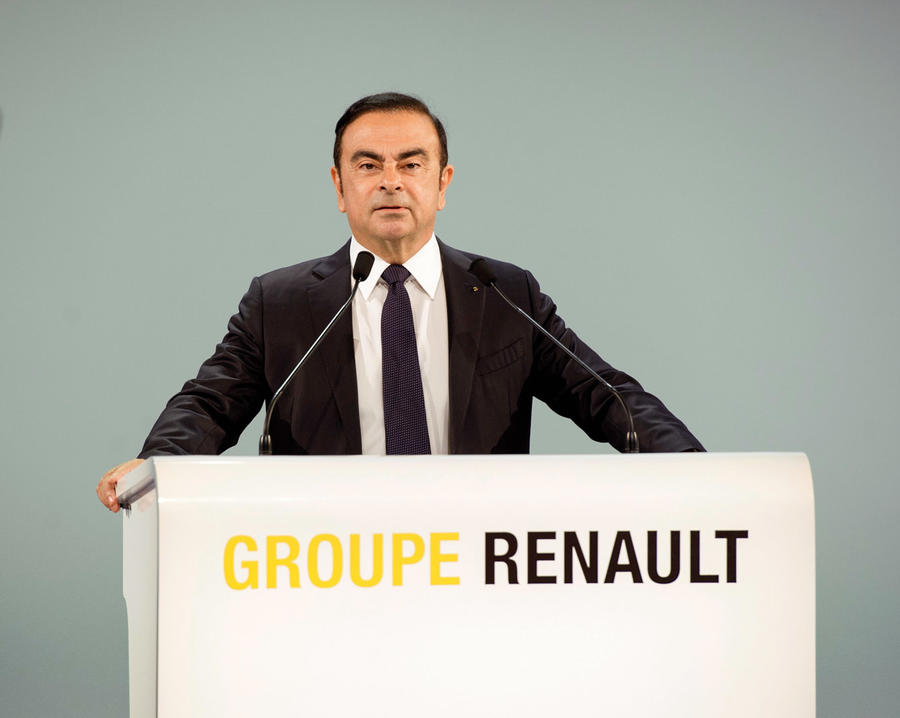 But Ghosn acquired the new name ‘Mr Fix It’ when he was sent in to Nissan in 1999 after Renault purchased 43% of the Japanese company, which was facing bankruptcy.

Ghosn’s plan was to produce one of the most breathtaking turnarounds in any industry, which helped Nissan go from the brink of ruin back to profitability in just two years.

In the process, he became the first non-native-born person to run a Japanese car company, and even though his plan involved closing five factories and cost 21,000 jobs at Nissan, he was seen within a few years as a business messiah in Japan.

Ghosn enjoyed near-hero status for years: in 2001, his life was serialised in a Japanese cartoon comic book and in 2011, he was voted the seventh-most-popular choice in a poll about who should run the country.

Success followed success as the Renault-Nissan Alliance became a major player in the global car industry and, in 2007, Ghosn led the alliance into the mass-volume, zero-emissions electric car market. He was a pioneer of the electric car way ahead of his opposition with the Leaf, first built at Nissan’s Sunderland plant in 2010 and going on to be the world’s best-selling EV. His ambition was to see a pure-electric motoring world. 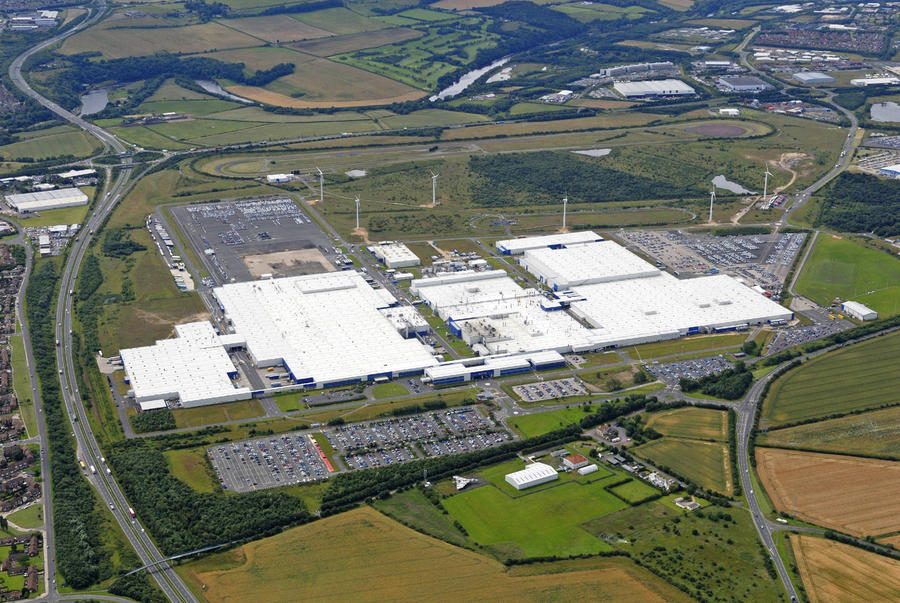 Ghosn appeared obsessed with growing his empire, and the Alliance bought a share of another ailing Japanese car company, Mitsubishi, in 2016 following Renault’s purchase of Russian car manufacturer AvtoVAZ (which owns the Lada brand) in 2014.

By 2017, the Alliance had broken the 10 million-per-year car production barrier and Ghosn tried to add another partnership, with Fiat Chrysler Automobiles, in 2018. That failed to come to fruition after he was arrested, with FCA later forming an alliance with arch-rival, the PSA Group.

As his empire grew, Ghosn become more autocratic, say those who worked with him, and he developed expensive tastes that included luxury homes in Beirut, Rio de Janeiro and Paris. (He’s a national of Lebanon, Brazil and France.) He celebrated the 15th anniversary of the Alliance at the Palace of Versailles with an event held on the day of his 60th birthday and estimated to have cost €635,000 (£542,000 at current rates), and later held a lavish, Marie Antoinette-themed reception for his own wedding at Versailles.

His salary became the source of constant wrangles, especially with the French government, which holds a majority stake in Renault. In 2017, he was paid $17 million (£13m) in salary, share options and bonuses, and shareholders voted against his salary increase in 2018.

Ghosn said in his autobiography: “A boss has to have 100% freedom to act and 100% responsibility for what he does. I will never accept any interference.” 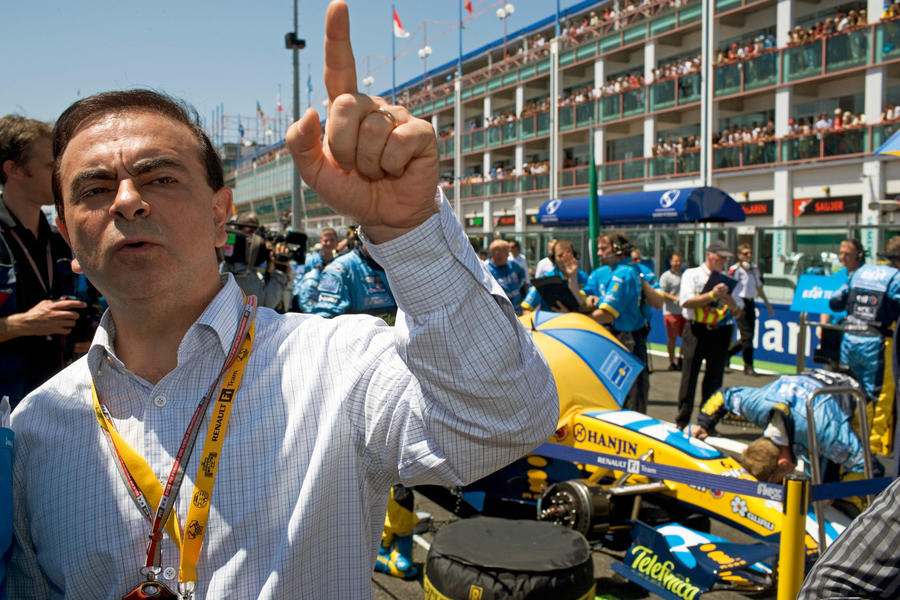 His move to fully merge Nissan and Renault and his increasingly autocratic style is believed to be what turned key figures inside Nissan against him, leading to the secret investigation into his financial affairs that led to him being jailed and charged.

Ghosn had been due to appear for trial in Japan this April on multiple charges that he had engaged in personal use of company money and that he under-reported his income in violation of Japanese law.

Although Ghosn has said he is ready to stand trial “anywhere where I think I can have a fair trial”, his escape to Lebanon, which has no extradition treaty with Japan, is where he is likely to stay in the immediate future.

The Lebanese judicial prosecutor is expected to meet Ghosn to discuss the situation, which now includes a red notice issued by Interpol for his arrest and a law in Lebanon banning travel to Israel, which he has done in the past.

Meanwhile, the Tokyo prosecutor’s office, responding to Ghosn, said: “His allegations ignore his own conduct, and his one-sided criticism of the Japanese criminal justice system is totally unacceptable.”

Nissan called his escape and subsequent comments “extremely irresponsible”. The company said an internal investigation found “incontrovertible evidence of various acts of misconduct by Ghosn, including misstatements of his compensation and misappropriation of the company’s assets for his personal benefit”.

So, the extraordinary case of Carlos Ghosn is set to continue, and few would bet against his amazing story becoming a Netflix blockbuster.

...and Ghosn had too much of it. He was chairman of both Nissan and Mitsubishi, as well as being chairman and chief executive of Renault. Too much power concentrated in one individual is bad corporate governance and rarely ends well. Any well run company needs a Chairman and a Chief Exec. to counterbalance each other. If you ever meet someone who is 'Executive Chairman' or 'Chairman and CEO' or similar, don't walk away: run.

When one individual wields that much power there is no real accountability at board level, the board is just a rubber stamp, and the person starts to believe their decision making is infallible and also that they can get away with breaking the rules. As long as they are being successful and keeping those in the know on side they very often can; but when the unchallenged bad decisions start to impact the business and undermine the loyalty of the inner circle it just takes one whistle blowing email and it all unravels very fast indeed.

None of this is to say that the Japanese criminal justice system doesn't sound a total disgrace though, so guilty or not he probably had no real choice but to run.

If he really was a bit iffy yet also successful and powerful it would have been wiser to 'promote' him to a figurehead and ease him into retirement.

The resulting shambles now reflects badly on all parties involved.