BACK TO ALL NEWS
Currently reading: Behind the scenes at Lada's Russian headquarters
UP NEXT
2022 Aston Martin Valhalla hybrid kickstarts firm's EV era

If your idea of Lada is a 1990s joke, think again: today, it’s a growing global force with a bold vision. We visit its HQ in Russia
Share
Open gallery
Close
Share story

So when EU emissions regulations led to the Riva, along with the rest of Lada’s range, being withdrawn from sale in the UK in 1997, the only people who mourned were those seeking a punchline for jokes about bad cars.

But the story of Lada didn’t end in 1997. It was Russia’s national car brand and its ageing models – including the Riva – continued to be hugely successful in its home country. In fact, a Russian financial crisis in 1998 sent the price of imported cars soaring and helped Lada increase its market dominance.

But its market lead slowly eroded over the next decade, despite a few new models. In 2008, Renault bought a share in Lada’s parent company, Avtovaz. Shortly after, the global financial crisis hit Russian firms particularly hard and Avtovaz required a bailout from the Russian government to survive. Yet that low also led to Lada’s resurgence. 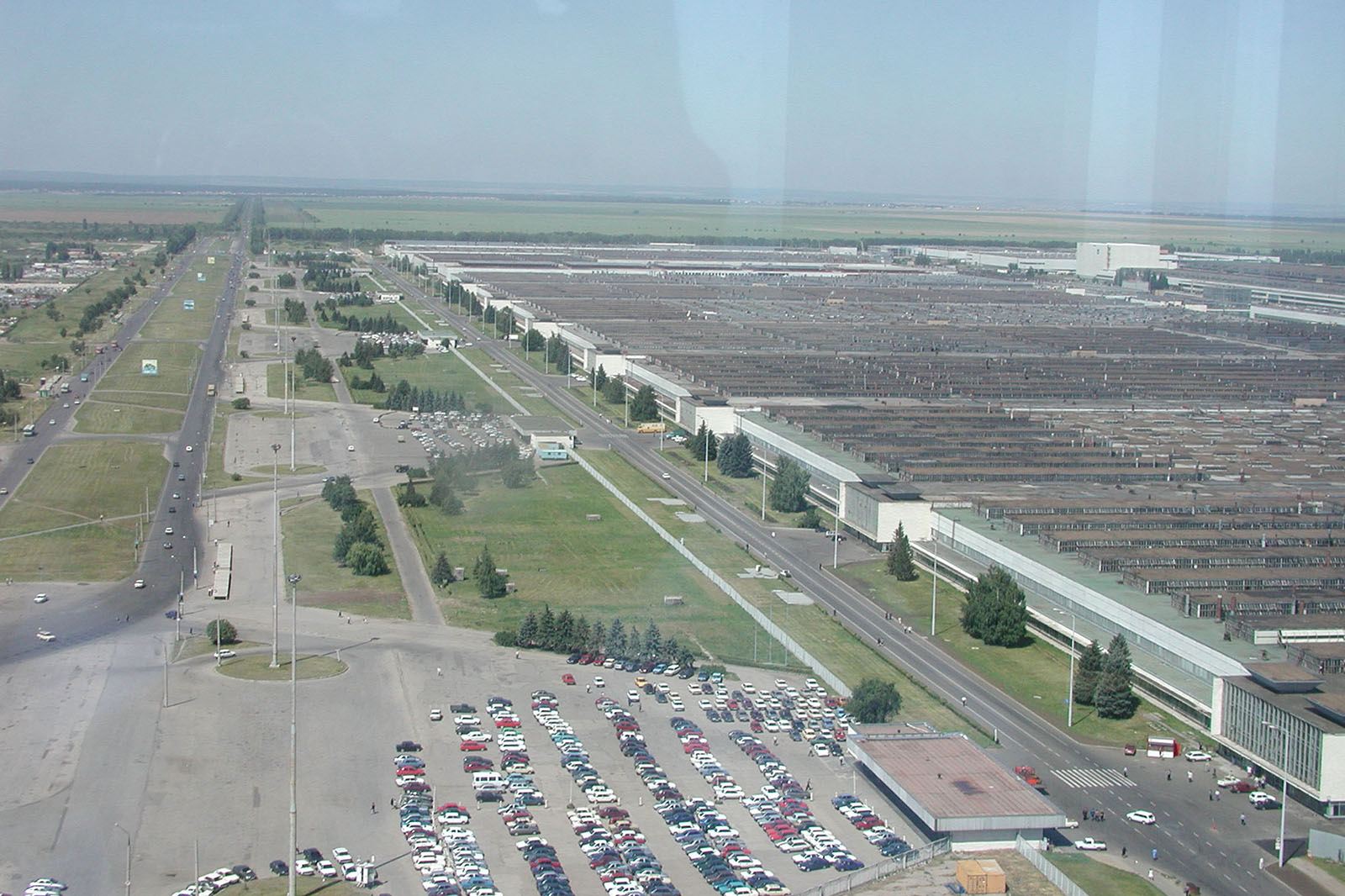 The revival of the most Russian of car brands has been led by the French. Renault helped Lada develop the Granta in 2011, a small car that quickly became Lada’s – and Russia’s – bestseller. The following year, Renault took a controlling stake in Avtovaz, although the firm’s market share kept slipping as foreign firms – led by Kia and Hyundai – closed in fast. Lada needed bold, new models and a renewed sense of purpose.

That came with the mid-sized Vestain 2015 and the X-Ray SUV–built on a Dacia Duster platform – the following year. Both cars were the work of British chief designer Steve Mattin and featured bold styling with numerous ‘X’ elements, first seen on the X-Ray Concept in 2012. Lada’s market share has crept back up to around 20%, and by 2017 – when Renault took full ownership – the firm was back in profit, helped considerably by the Russian car market starting to grow again after a long decline. The company’s goal now is to shore up its position. “When you have a strong market share, it’s difficult just to keep it,” says Yves Caracatzanis, who took over as head of Avtovaz this year. “We are renewing all our products in keeping with the DNA of the brand: strong design, confidence in reliability and value for money.”

Those traits are critical to Lada’s success. The firm’s main customer base has never been in Russia’s cities – “Russia is not Moscow and St Petersburg,” says Caracatzanis – but out in the countryside. The alterations made to the Fiat 124 to create Vaz 2101 were all to make it easier for customers to maintain it themselves, given that many lived hours from their nearest dealership. To that end, Lada’s current range renewal – eight new models and nine facelifts are planned by 2026 – includes SUVs such as the X-Ray and jacked-up ‘Cross’ versions of its saloons. In the bitter Russian winter, having extra ground clearance isn’t really a lifestyle choice. They’re affordable too: depending on which way the rouble is blowing, an entry-level Vesta will set you back around £4700. 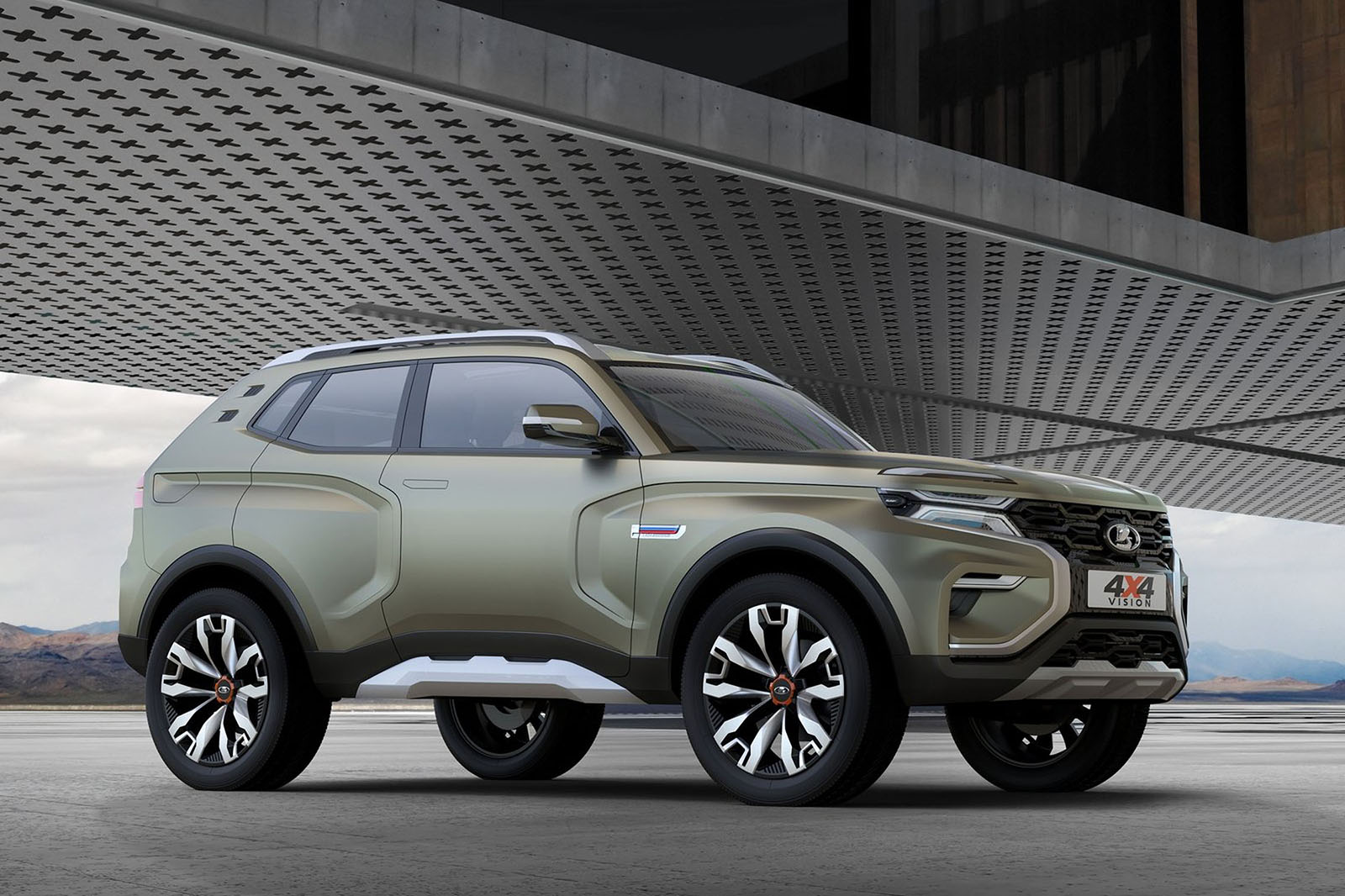 Lada’s revival is about more than new cars, though. It wasn’t only the firm’s cars that had fallen behind the times. Its factories were much as they had been when Lada was founded in 1964, its network of dealers slipping below the standards set by rivals.

So, since 2012, Renault has invested more than £1.3 billion in a vast modernisation programme.

That’s best seen at the main Lada Togliatti plant – a vast, sprawling facility located in Samara Oblast, 620 miles east of Moscow. You might have heard of Samara: it was in the region’s capital city that England battled Sweden (and hordes of mosquitoes) in the World Cup quarter-finals. 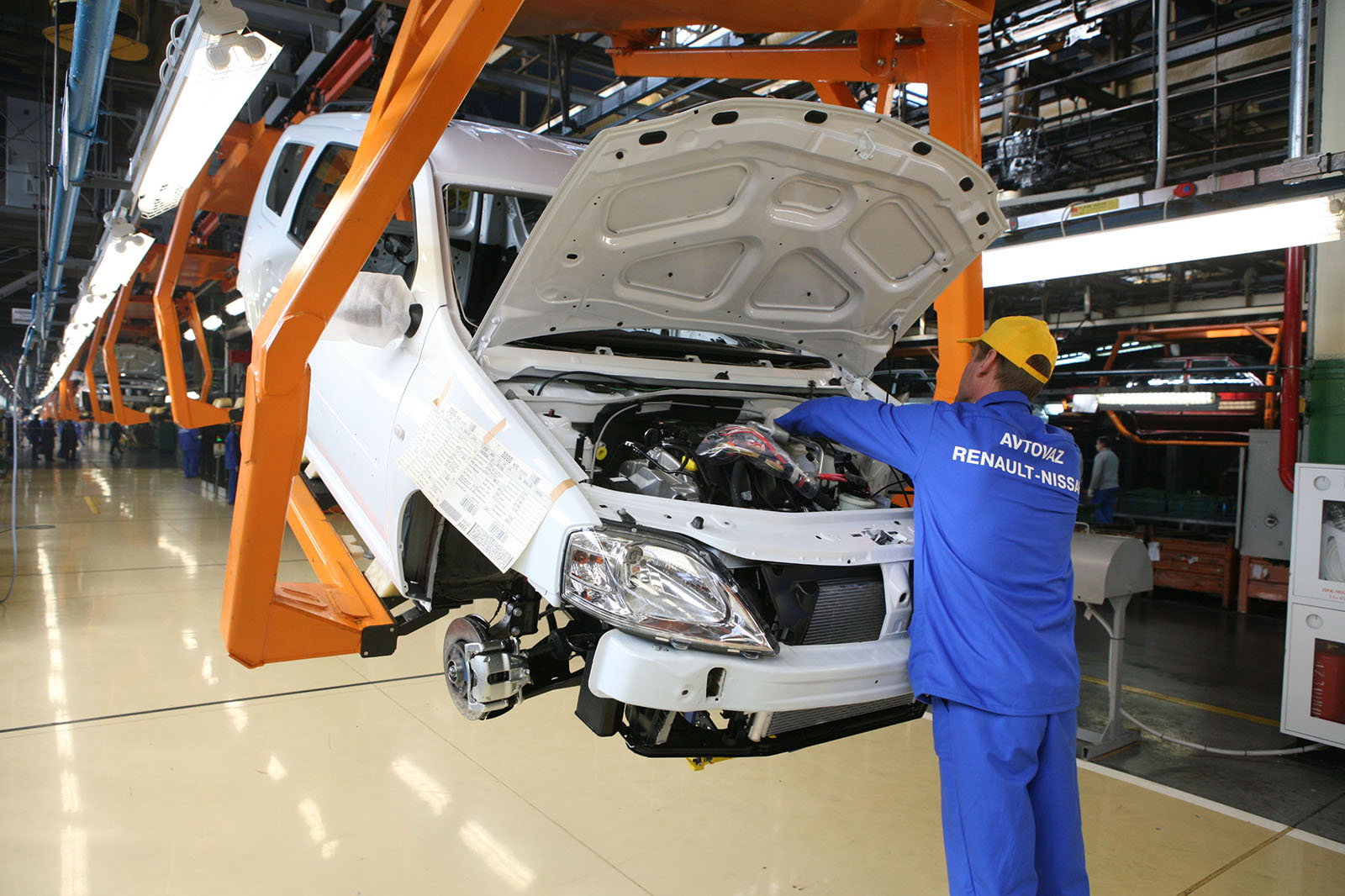 Togliatti was formerly known as Stavropol, although the original city is now under the reservoir created by the Kuybyshev Dam in 1957. A new city was built nearby and renamed in 1964 after Italian communistPalmiro Togliatti, reflecting Avtovaz’s early partnership with Fiat.

The part of Togliatti built to house Lada workers is known as the ‘new city’, although it’s very definitely showing its age – a mix of concrete tower blocks and straight roads and paths. It’s all very 1960s.

At its peak, more than 100,000 employees worked at the Togliatti plant, which sprawls over nearly 1500 acres and more than 185 miles of production lines, including separate powertrain and component lines, along with a wind tunnel, test track and a car safety research centre. At time of writing, 36,500 people worked there. In 2017, 387,000 cars were built on its three production lines, but it has the capacity for 780,000 vehicles a year.

The main production line runs virtually the entire length of a 1400m-long building and, since 2012, has been used to make models built on the B0 platform – not just Lada’s X-Ray and Largus, but also the Renault/Dacia Logan and Sandero and the Nissan Almera. 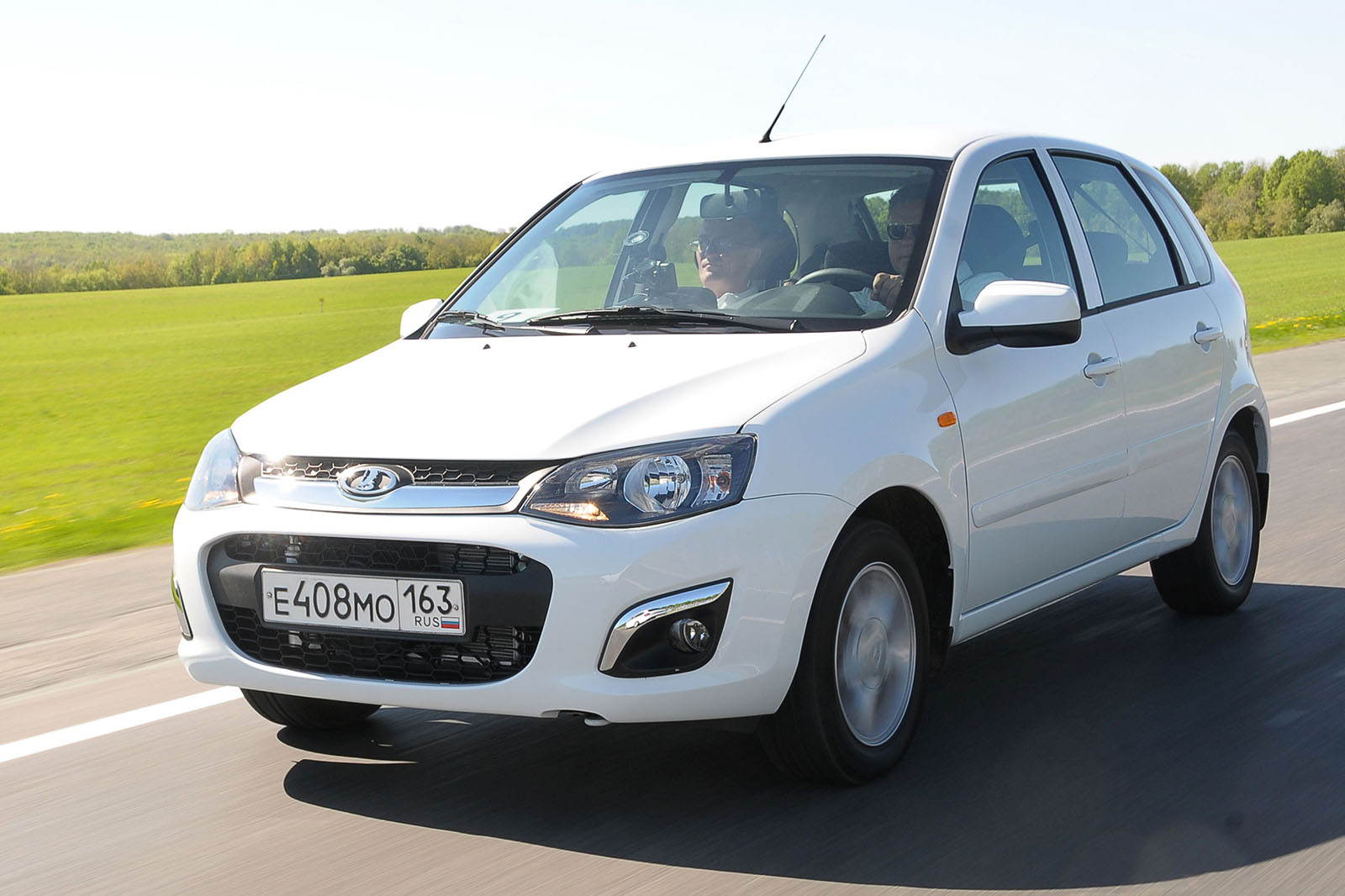 That line has also been the subject of a major modernisation programme, with Renault working to bring the plant in line with the standards of other Renault-Nissan- Mitsubishi facilities.

“The alliance has allowed us to speed up the transformation much faster than Avtovaz could do alone,” says Ales Bratoz, Avtovaz’s production boss. “When we started to look in 2012, the gap from here to other alliance plants was very big. Today, we are applying and integrating production standards to reach the same level as other plants. We are transforming lines and improving working conditions, quality and efficiency.”

Stand alongside that B0 production line, marvelling at the stream of semi-finished bodyshells stretching out of sight in either direction, and you will still see more manual labour than more modern car plants elsewhere in the world. But you can also see the modernisation in action: new processes, equipment, machinesandrobots.

You can also see Lada’s modernisation at work on the roads around Togliatti: the firm is in the process of revamping and upgrading its dealerships, to make them more enticing and offer better customer service. That’s particularly vital because the unrivalled breadth of Lada’s dealer network is a key edge it has over its rivals, particularly bold, well-funded Chinese firms increasingly entering the market. “To enter the Russian market is not so easy,” says Caracatzanis. “You need a strong dealer network.” 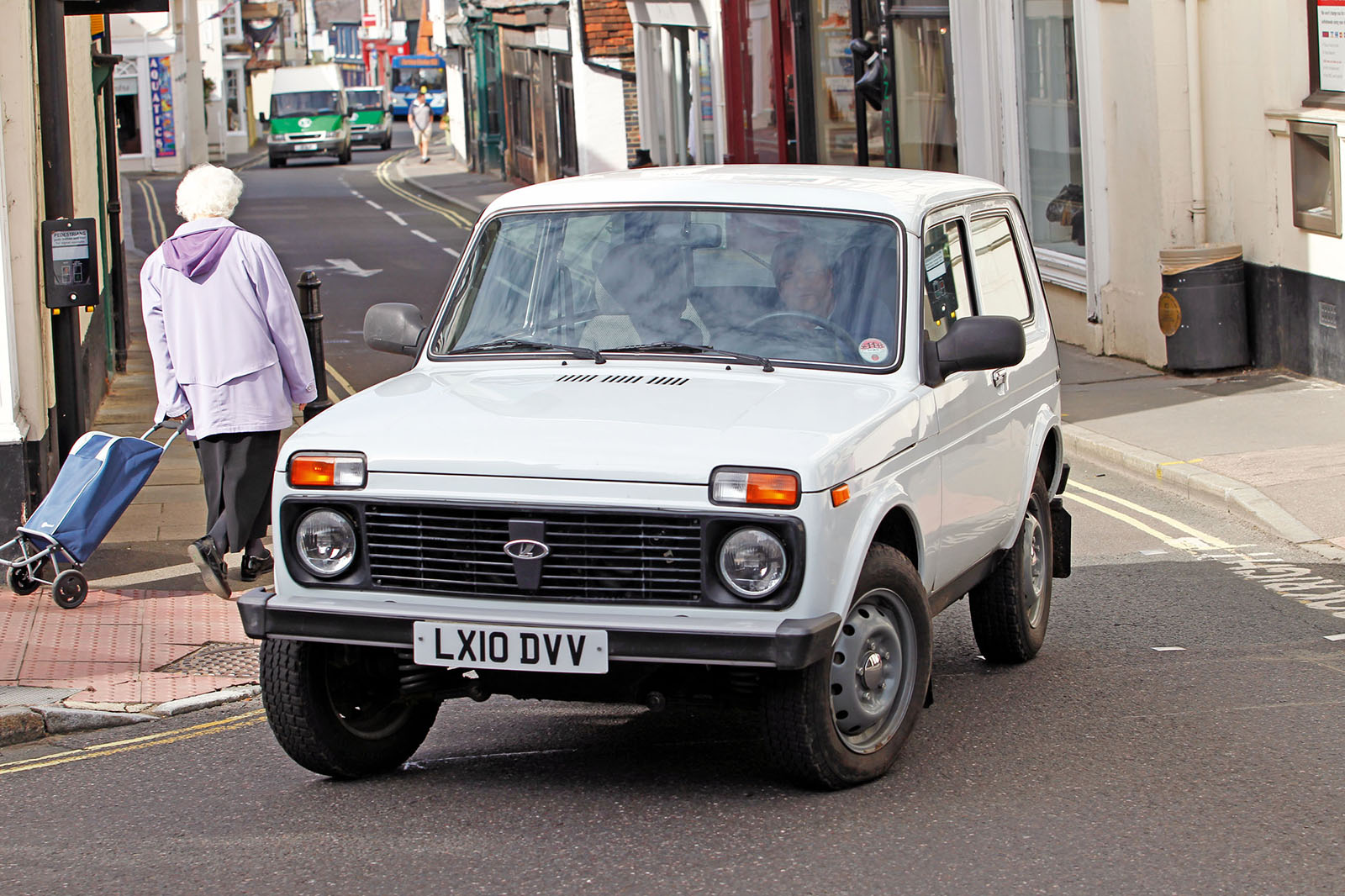 And there’s still plenty of room to grow: only around 50% of Russian families own a car. “If we can provide them with affordable, good-quality, reliable cars, there’s a good market,” says Caracatzanis. “There’s potential there.”

Lada is also aiming to grow elsewhere. Although legislation – and the presence of Dacia as Renault’s entry-level brand – makes a return to the UK unlikely, Lada exports to 34 countries in the Commonwealth of Independent States, Asia and, starting recently, South America.

But no sign of Lada’s intent was more notable than the 4x4 Vision it unveiled at the 2018 Moscow motor show.

It previews a replacement, due in 2022, for its best-loved model and last real link to the bad old days: the Niva off-roader (now known as the 4x4 after Lada sold the Niva nameplate to GM). Launched in 1977, the 4x4 is still being built and sold in virtually unchanged form. Customers include president Vladimir Putin. That Lada feels able to start work on replacing this model is a notable symbol of the company’s bold step into the future. Another notable symbol is on the side of the 4x4 Vision: a small Russian flag motif. “It’s important not to lose where you’re coming from,” says Caracatzanis. “It’s like Renault: the DNA of the brand is French values.” 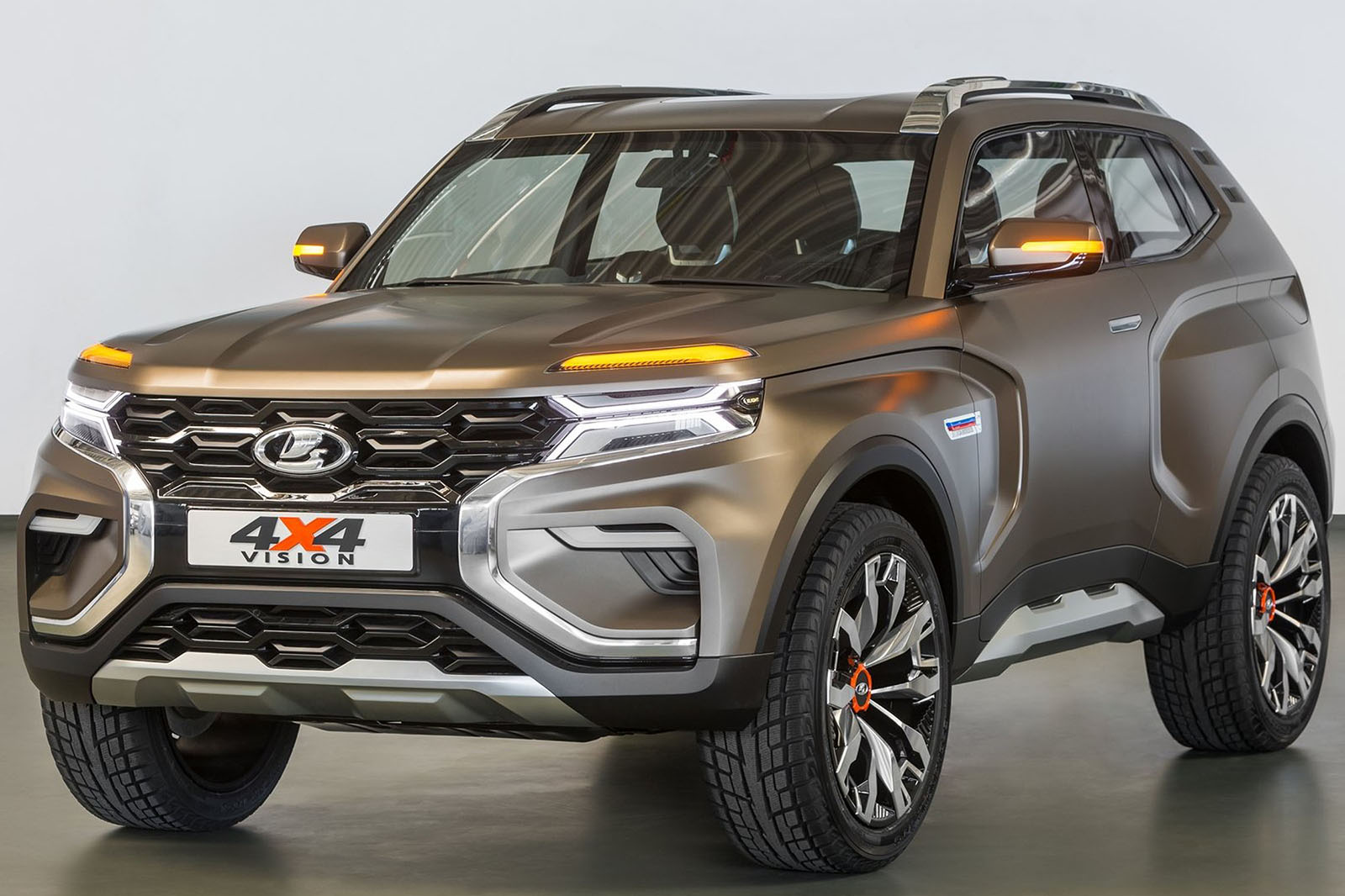 Make no mistake: even if it is now controlled by the French, Lada is firmly a Russian company. Caracatzanis likens the relationship to the original partnership between Avtovaz and Fiat.

“Russians are very nationalistic and the Lada brand is a Russian brand,” he says. “It’s part of the history of Russia and it’simportant not to lose those roots. You have to be proud of where you’re from.”

The real story now is not where Lada’s from, but where it’s going. Even if your perceptions of Lada are stuck in the 1990s, the firm is focused firmly on the future.

This article was originally published on 23 September 2018. We're revisiting some of Autocar's most popular features to provide engaging content in these challenging times.

From the archive: Soviet dream machines​

Its great to read about cars

Its great to read about cars from other parts of the world, stuff we never see. It would be good to read about far more cars we are hardly aware of.

before you roll off your bed laughing there are an incredible amount of Lada's based on the orginal design shape of the Foat 128. They only stopped making the damn things a couple of years ago and some still waiting in showrroms. They must run the Beetle close for longevity of design

RHD is a massive cost for such a small market. However, from what I heard recently they (Renault) are looking into the possibility because getting into India and some African countries would be of i nterest. Living here for 12 years I can tell you they (Lada) are still considered to be the pits. Yes with a ball of string and some sealing wax you can indeed fix most the problems but in the cities where the greatest volume sold (never mind the second hand crap written here about those in the sticks - they buy Hyundai Kia unless they really are affecionados) and they are - all models considered to be a joke. 95% of them are owned driven by immigrants (all the Stans and Azerbijans etc) who are the mass base work force for roads, bridges, housing etc Who knows if they can fix the famous overheating problems (at anything over 20C) they might get a look into India