BACK TO ALL NEWS
Currently reading: New Volkswagen strategy to cull low-profit models and invest heavily in e-mobility
UP NEXT
Alfa Romeo to revive GTV as an EV in sweeping range renewal

Volkswagen is launching an aggressive new business strategy called Transform 2025+ in a bid to become a leader in e-mobility and clean up its image after Dieselgate.

The German car maker confirmed that it will cull low-volume, low-profit models, saving close to €2.5 billion (£2.13bn), to fund development of its future electric vehicle range. It refrained from revealing which models would be sacrificed, but recent cost-cutting measures, such as decreasing involvement in motorsport, showed how merciless this process can be.

The development of an e-mobility line-up forms the second of three phases for the Transform 2025+ strategy. The first, which will be complete in 2020, will involve VW restructuring and transforming its core business properties.

An early example of this restructuring includes the cutting of 30,000 jobs. Reported last week, it’s thought this money-saving method will play a big part in the brand’s financial recovery following the costly emissions scandal.

Following this saving process, VW says it will then be able to invest heavily in e-mobility to commence the second phase of its strategy, where it aims to become a leading force in electric vehicles by 2025, before taking the lead in this sector by 2030.

"From 2020, we will be launching our major e-mobility offensive. As a volume manufacturer, we intend to play a key role in the breakthrough of the electric car,” said brand CEO Herbert Diess. 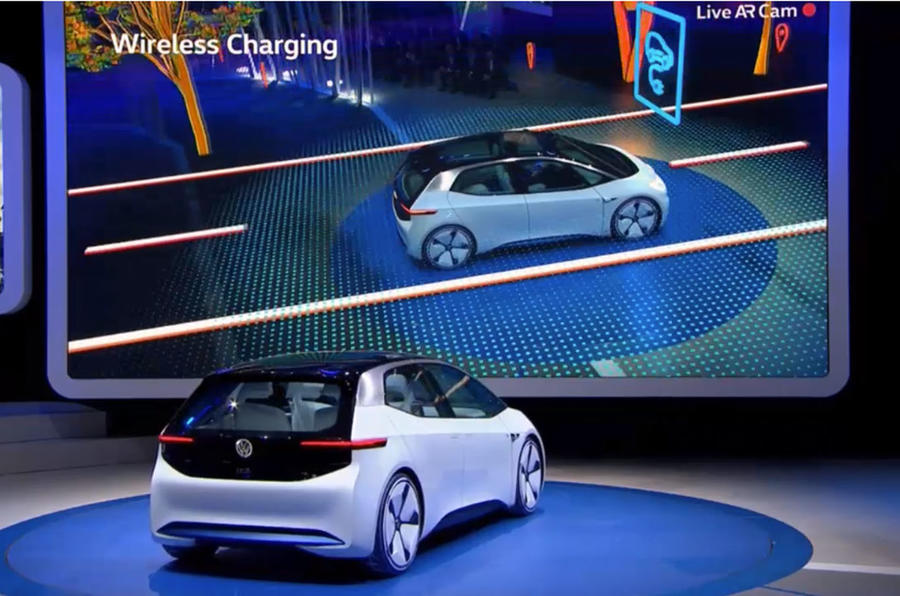 “We are not aiming for niche products but for the heart of the automobile market," he added. "By 2025 we want to sell a million electric cars per year and to be the world market leader in e-mobility. Our future electric cars will be the new trademark of Volkswagen.”

Growth in the US

While working towards its global ambitions, the brand also wants to boost its presence in the US, where its cars are still relatively niche. It plans an ‘SUV offensive’ in the first phase of Transform 2025+ and an ‘electrification wave’ in the second to mount this charge. The recently revealed Atlas and ID concept appear to represent both sections of this plan.

“The main focus will be on the key segments in the country: large SUVs and limousines,” said Diess in reference to the US. “In those segments, we will be strongly expanding our range. In a second stage, we will then take our new electric cars to North America.”

Reports are out that VW has culled the dirty diesel technology from its US line up (with or without the cheat) i.e, Volkswagen won't try to shift dodgy diesel once the furore over their cheating fizzles out. Hope they can make such a commitment in UK and Europe some time soon.
Winston Churchill 23 November 2016

Reports are out that VW has culled the dirty diesel technology from its US line up (with or without the cheat) i.e, Volkswagen won't try to shift dodgy diesel once the furore over their cheating fizzles out. Hope they can make such a commitment in UK and Europe some time soon.

Really? They're not selling diesels in the US? That news is only a year old! You're pointless, Alun. A working class whiner who's out for compo but can't say why he's entitled to it.

You should learn some manners or get off this forum.
Halcyon 23 November 2016

Rubbish. Skoda will soon overtake VW and rightly so.Agree about Seat though who have to pick up all the scraps.
View all comments (4)