Insight: How car firms have stepped up to help NHS

The National Health Service’s urgent need for more ventilators and other medical equipment to help treat patients suffering from Covid-19 sparked an incredible response from UK industry, including a huge number of automotive and motorsport firms.

On 16 March, the government called for manufacturing firms to assist with rapid high-volume production of mechanical ventilators, which are designed to assist critically ill patients with breathing and other functions. Several consortiums were formed in response, and within 15 days the first ventilators resulting from those efforts had been produced and were ready.

So how have firms put automotive and motorsport expertise to use producing medical equipment?

Williams Advanced Engineering (WAE), originally formed to apply technology developed by the Williams Grand Prix team to other industries, has played a major role in the VentilatorChallengeUK consortium. While Ford and the seven UK-based Formula 1 teams are involved, the consortium is largely comprised of aerospace firms, including Airbus, BAE Systems and GKN Aerospace, and medical equipment companies such as Penlon and Renishaw.

WAE boss Craig Wilson said the firm took the decision to join VentilatorChallengeUK because it had pre-existing relationships with a number of those involved. “It meant we didn’t need to get to know each other, so we could quickly start to make a difference,” he said.

VentilatorChallengeUK also appealed to WAE because, rather than work on a new ventilator design as some firms and consortiums have done, the group opted to increase production of a device already made by Smiths Medical. 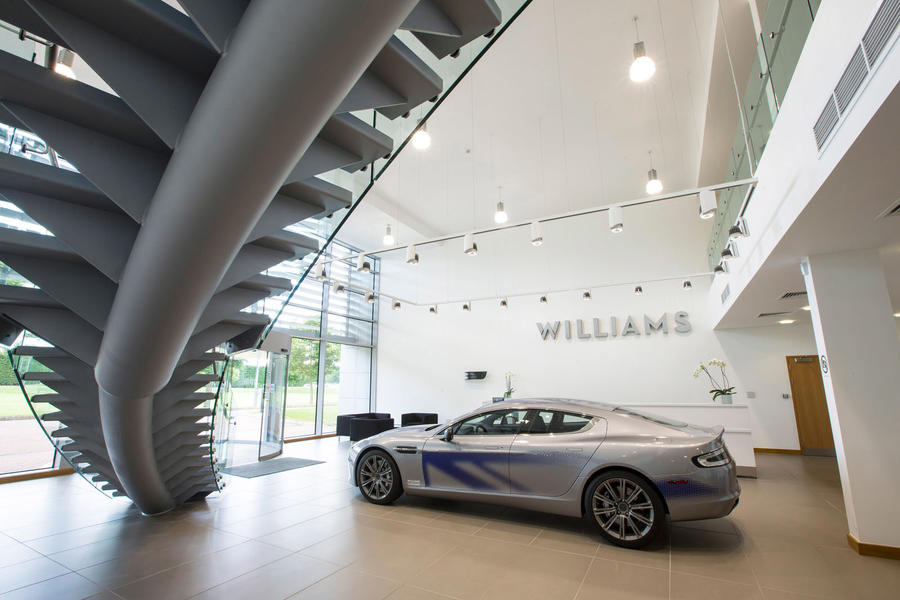 “We decided it was best to work with an existing design,” said Wilson. “Like any motorsport business, we look at the risk for any engineering routes we might take and the best way to add value. The Smiths device is currently in service, so once we scale up production, we can have the units operating quickly with no regulatory tests needed.”

The varied companies in the consortium each have a diverse range of specialisms and manufacturing capabilities, and to ensure ventilators could be produced as quickly as possible it was key to harness each firm’s skills. For WAE, that meant taking a lead in reverse-engineering an existing Smiths ventilator to create the information that will allow the larger firms to produce parts.

“The mindset throughout the consortium recognised that we just needed to do this, so normal arrangements went out the window so we could get on as quickly as possible,” said Wilson. “The idea was to scale production using four or five high-volume assembly lines, with the aerospace firms working to accelerate their supply chains. But information for the parts didn’t exist in 3D CAD files, so we had to reverse-engineer a unit, take it apart and produce those for every part, along with a bill of materials. It was our first activity and key to getting the project running at speed.”

WAE completed that task in just over a week, with around 50 staff working on the project. While most operated remotely, a handful worked – with appropriate measures in place – at WAE’s Oxfordshire factory. “As well as creating the 3D models, we built two prototype units based on our reverse-engineering designs, which were then validated by Smiths to ensure they were the same standard,” added Wilson.

WAE has also been involved in using validation techniques developed for motorsport projects to set up a testing process for the ventilators that will be produced on the various production lines.

“Because of our motorsport heritage, we’re very good at getting answers to problems and then just getting on and solving it,” said Wilson. “It’s in our DNA. Bigger companies don’t have the same agility and ‘just do it’ mentality baked into them. But they have scale: aerospace firms have supply chains on a completely different volume to the automotive industry.”

Within three weeks of the call to action, the VentilatorChallengeUK consortium is now producing around 1500 ventilators per week, with a government order to supply at least 10,000 units. While it seems an incredibly quick turnaround, Wilson said it’s something that WAE is used to from motorsport and automotive projects.

“We’ve got a talented team of engineers who are used to manufacturing both quickly and appropriately,” said Wilson. “Working on projects at such speed is something the company does regularly. We faced similar time constraints when we were preparing the Jaguar C-X75 fleet for the James Bond Spectre film.

“Obviously, this project is of national importance, and the team were hugely motivated for it. We supported it at the highest levels of the company, and it’s fantastic that we had the ability to contribute to a project that can make a real difference.”

As Wilson noted, the role of the consortium is ultimately a supporting one. “It’s all to help the NHS and its staff,” he said. “What they’re doing for everyone is both unbelievable and incredibly inspiring. We’re just helping to supply equipment to ensure they can do the really vital work.”