BACK TO ALL NEWS
Currently reading: Inside the industry: Why scale is critical to mainstream car makers
UP NEXT
2025 Mercedes A-Class EV to be luxurious EQ entry point

Inside the industry: Why scale is critical to mainstream car makers

Mass-market car-making relies on scale rather than big margins to be seriously profitable. It’s an industry that regards a 4% return as a success and needs to gamble billions on sprawling back-offices, research and development, marketing and more before it can achieve even that, all for the dream of selling hundreds of thousands of cars before it can switch from red to black.

When it goes well, the winnings add up: Toyota recorded operating profits of around £18 billion last year, the Volkswagen Group £15bn. Even then, they must sometimes rue the effort required to achieve that. Ferrari made an average profit of £75,000 per car sold in 2019; Toyota made that for every 44, Volkswagen 56 – and pity struggling Ford at 908 and Nissan at 926.

This is relevant because a recession is coming, and it’s going to be brutal. Last time around, in 2007/8, it took about eight years for sales to recover in Europe and five years in the US, with the cracks papered by a booming Chinese market. This time, there are no obvious comfort blankets; China has essentially been stagnant since 2018. Against that backdrop, scale is going to be harder to achieve yet more important than ever.

Typically (and ironically), the response to a downturn will be cutbacks. Hard decisions will have to be made on factory capacity, workforce sizes and model ranges, all exacerbated by unrelenting pressure to invest in green powertrains. Mass-producers fear change but loathe uncertainty and disruption. Today, all three are in ample supply.

Honda’s pre-pandemic decision to close its Swindon plant could soon look like small fry; any factory using relatively expensive labour in Western Europe must be under review now. 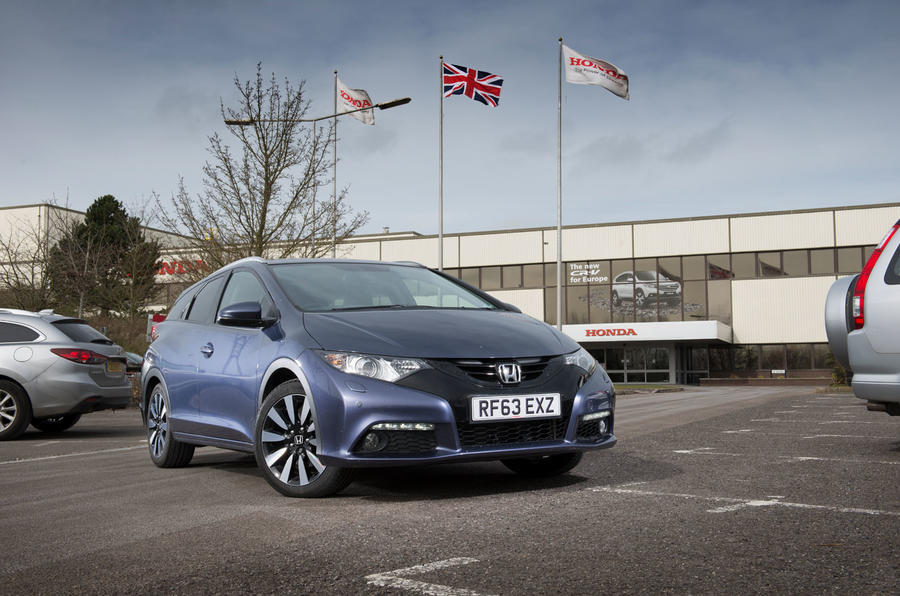 Retail operations could be shut down or turned into distribution centres rather than sales outlets; the number of cars sold is unlikely to support today’s bloated business model.

MPVs, convertibles and even sports cars could become things of the past; sales volumes don’t justify renewal, and when every penny counts, the head tends to overrule the heart.

Change isn’t all bad, though. Circling around all this will be those who see opportunities for acquisitions, partnerships, mergers or new launches. It can work: the fallout took a while to play out last time, but highlights include Geely buying Volvo and the creation of FCA. Today, the PSA Group is fighting to keep its merger with FCA on track. Why? Scale.

The PSA-FCA megaplan is unlikely to be the last piece of mass-market consolidation in the coming years. In good times and bad, for the mass market, the end goal is always scale.

Coronavirus and the British car industry

The other thing is that long

The other thing is that long term planning doesn't seem to feature these days, maybe because manufacturers know they're now on borrowed time. In the past, a maker would be willing to sell a small car at very little profit, sometimes even a loss, because it attracted new and younger drivers to the brand, and then hopefully as their needs changed they would buy the bigger and more profitable models from you. But, as we read, manufacturers are increasingly deserting  this part of the market, as they see it a lot less worthwhile than, for example producing a soft top SUV that they can ask silly money for. I think its called making hay whilst the sun shines.

There's been a lot of talk from PSA and Renault recently about the need to concentrate on profitability rather than volume - and Porsche for example does very nicely to achieve big profits at limited production. So perhaps the goal should be to achieve a healthy balance between the two?

Ironic, isn't it? Sports cars set to become a thing of the past and yet the most profitable car manufacturer makes... sports cars.

They've all become addicted to volume, pushing C classes and SUVs on finance. The industry needs a better model.