BACK TO ALL NEWS
Currently reading: Former Jaguar engineering chief Norman Dewis dies aged 98
UP NEXT
Hyundai Ioniq 5 vs Skoda Enyaq: the best family EV for £40,000?

Legendary test engineer was responsible for the handling of Jaguar's most iconic cars, from the D-Type to the XJ6
Share
Open gallery
Close
Share story

Norman Dewis OBE has died at the age of 98.

As Jaguar’s chief test driver from 1952-85 he developed for use on road and track cars that have passed into Jaguar legend: the D-Type, E-Type, MkII, XJ6 and many more. After retirement until only shortly before his death, he travelled the world as a Jaguar ambassador, promoting the brand he loved. He was perhaps the most famed and respected chassis development engineer this country has produced.

Norman was born in 1920, and when his father died in 1934, he left school aged 14 to provide for his family. After a brief spell at Humber, he went to work for Armstrong-Siddeley, where his test driving career started and then faltered at the outbreak of hostilities.

He survived the conflict despite spending three years as a turret gunner in the flying coffin that was the slow and woefully defended Bristol Blenheim, although this was understandably a part of his life about which he stayed uncharacteristically quiet. After a short spell at Lea-Francis after the war, at the end of 1951 he joined the company to which he would dedicate the rest of his working life.

His first job at Jaguar was to evaluate whether disc brakes, already well established on aircraft, could be adapted to suit a car. He went through untold numbers of high-speed brake failures before he thought the Dunlop system good enough to try out in public. For this, he and Stirling Moss entered the 1952 Mille Miglia figuring if that didn’t break the brakes, little else would. They were lying third near the finish when they had to retire. 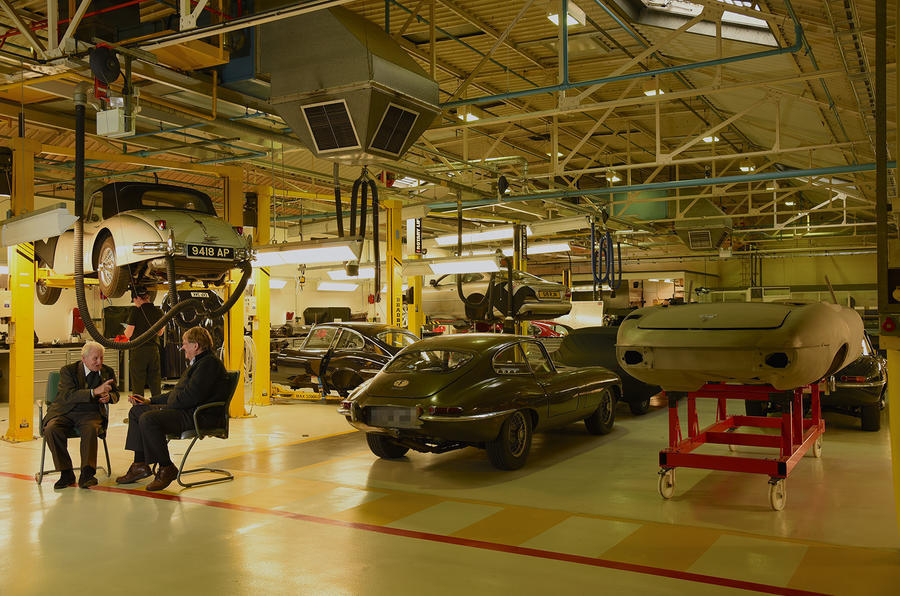 Norman was an accomplished racing driver in his own right, good enough to earn a seat in a D-Type in the fateful 1955 Le Mans. But usually his talent was regarded as far too important to risk on racing, so the track with which he became most familiar was MIRA – still used by Autocar testers to this day. There he racked up over 1.25 million miles at an average speed of over 100mph.

He also survived three enormous accidents there, the slowest at more than 130mph. On all three occasions, in a C-Type, a D-Type, and most famously the never-raced XJ13 Le Mans car, he tucked himself under the scuttle and rode it out until the car stopped. Despite no belts or roll protection, he emerged without serious injury.

He was also the man who got the call at MIRA near the end of one working day in 1961 telling him the E-Type he was in was needed in Geneva for breakfast. He did the 760 miles in 14 hours and then spent all the following day giving passenger rides to journalists.

Employment regulations forced him to take retirement in 1965, after which he embarked on the second part of his career, spending over 30 years as a Jaguar ambassador. He had always hoped to reach his century, largely because he wanted to drive the XJ13 at 100mph on his 100th birthday. He was made an OBE in the 2015 New Year’s Honours List, about which he professed to be "truly chuffed".

Norman was a man short of stature but a giant of our industry. Even today, the feel of a Jaguar is based largely on how he liked a car to handle. He was genial to a fault and a born raconteur, but with an inner steel you couldn't miss. He will be missed not just by those lucky enough to know him, but also by the thousands all over the world who came to hear him talk. There should be millions more too: anyone, indeed, who has had their lives saved by the fact their disc brakes stopped the car in time owes just a little bit of their salvation to Norman Dewis OBE.

All of us at Autocar would like to send our sincere condolences to his family.

Jaguar’s Norman Dewis - Flat out at 95

A true Bloke who came from the era of sheds and innovative transformations when motoring was cutting-edge pure and properly rewarding: Gov't hadn't yet intruded

My father was also born in 1920, and retired in 1985, so yes. It is only in the last few years that the retirement age has changed. Jaguar as an employer did not do anything different.

It is a clear case of mis typing from whoever wrote the article, same as inaccuracies I have seen about the X300.

My father was also born in 1920, and retired in 1985, so yes. It is only in the last few years that the retirement age has changed. Jaguar as an employer did not do anything different.

It is a clear case of mis typing from whoever wrote the article, same as inaccuracies I have seen about the X300.

Also read the first line of the article :- test driver to 1985

Well I can’t think of any

Well I can’t think of any “regulations” that ever forced someone to retire at 44! A real shame but he had a good innings and certainly made the most of it

There are so few people of this generation left, let alone those who achieved so much following the horrific experiences of serving in the Second World War. I find this sort of story so moving and inspiring. Hopefully none of us will have to go through what this generation did, but we are worse off without them.