BACK TO ALL NEWS
Currently reading: Analysis: online-led car sales shake-up on the way
UP NEXT
Ford Kuga drops diesel option due to falling sales

Surveys and trials agree: the public isn’t ready for a wholesale shift to online sales. But there’s still a huge, online-led change ahead in the way dealers sell cars.

Retailers in mainland Europe and the UK are preparing to shift their relationship with manufacturers from the wholesale model to the agency model. This means that instead of buying a car from the manufacturer for a price with a built-in margin, they simply accept a fee for each car sold.

“I think we will move to agency,” Daksh Gupta, the CEO of Marshall Motor Group, told Autocar. “It’s going to be a fascinating change.”

Moving to an agency model might not sound like a fundamental shift, but it really is. An agency model means manufacturers control car pricing, instead of dealers, giving them a better chance of achieving the goal of haggle-free purchasing that, until now, only a few have achieved (Dacia being the most notable).

By becoming the vendor, the car makers can also track the online purchase journey of the buyer right to delivery and even beyond as they move into the world of Tesla-style upgrades. 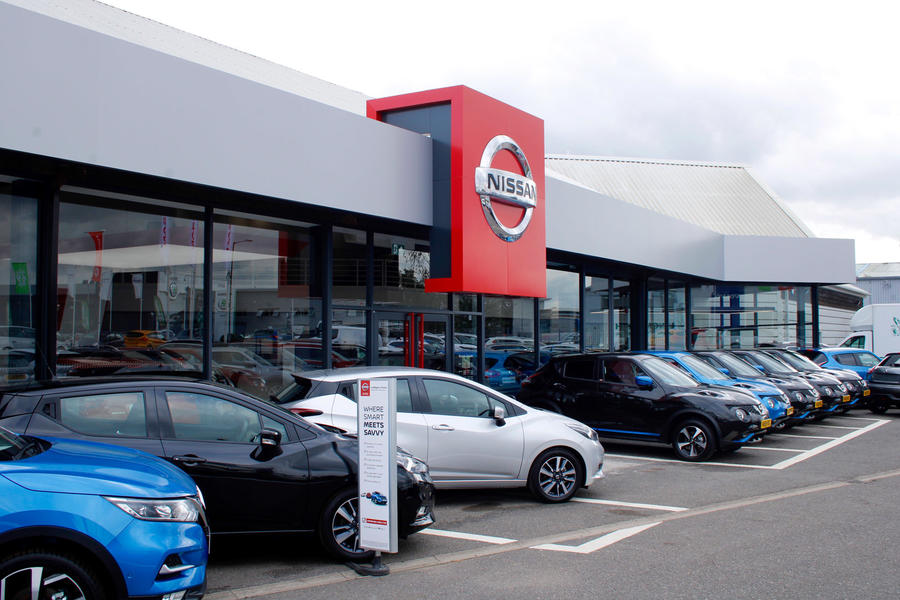 The ultimate goal is to generate more income for manufacturers rather than for third-party businesses in an era where legislation is forcing car makers to spend billions developing EVs, necessitating savings wherever they can.

As it stands, dealers pay the manufacturer for a new car at a price well below list but, as Gupta explained, the nature of the business means that they inevitably have to discount much of that margin away if they’re to achieve a sale.

“It’s a bit crazy. We get a 13% margin, but we’re only able to retain 3-4%,” he said, adding that it typically rises to around 7% once extras such as finance and insurance are added. “In future, that margin will be retained by the OEM and will lead to a more transparent process for the customer. There will be a lot less haggling, and ultimately that’s going to be a good thing for the customer.”

The agency model has been trialled by Mercedes-Benz in South Africa and Sweden, and Austria is next. Honda and Toyota use the system in New Zealand, and Honda plans to roll it out in Australia from next year. BMW trialled it in South Africa this year and has declared it a success.

Outgoing BMW SA managing director and former BMW UK boss Tim Abbott told Autocar: “Today, I can honestly say not one of the retailers wants to go back. They don’t want to return to the old wholesale model. They love it. And the customer reaction we’re getting is exemplary as well.” 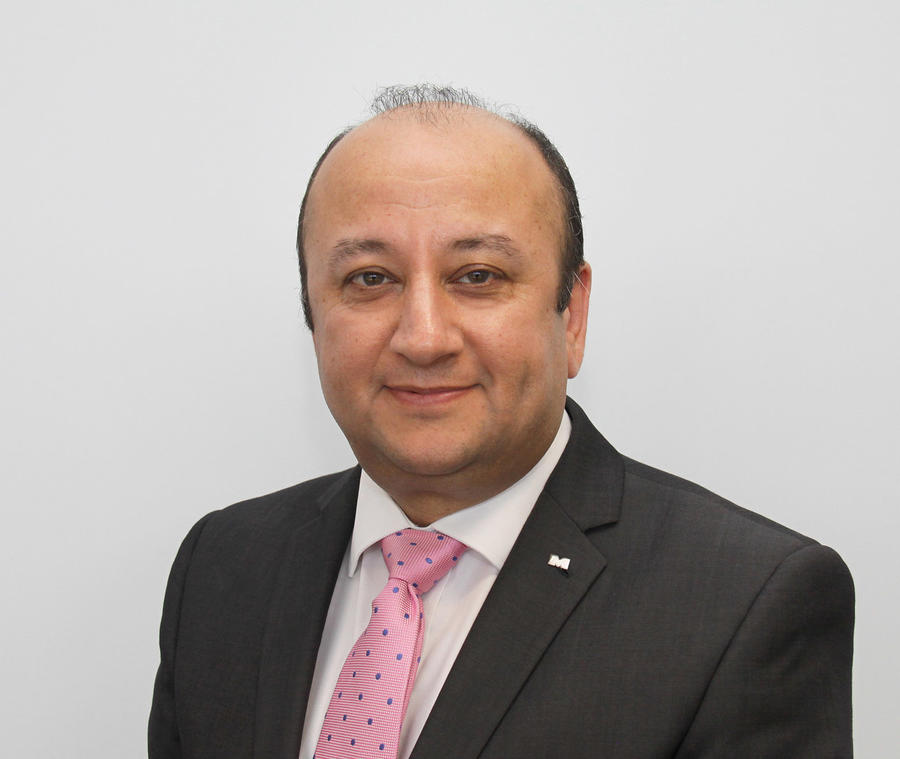 Four out of every five dealers believe their future lies as an agent, according to a recent survey of dealers and consumers in key European markets and China by Capgemini. The lack of price transparency for them and for consumers was top of their list of concerns. They liked the fact that, despite the removal of their ability to set prices, they would gain from the certainty of predefined margins.

Consumers welcomed a no-haggling environment, too, with 78% of Brits surveyed saying they prefer fixed prices that are the same online as in the showroom. However, 82% of Brits “consider a personal touchpoint with the dealer to be essential”, showing that the model today is far from broken.

A true agency model would remove the need for online price aggregators, such as Carwow, to which dealers have increasingly turned to sell enough cars to secure volume bonuses.

At the launch of Volvo UK’s online sales capability last year, the company had to admit that it wouldn’t be able to compete with third-party pricing. “If you just want the best price, you’ll go to an aggregator. If you want a brand experience, this is the way you’ll do it,” then-managing director Jon Wakefield said.

In the Capgemini survey, 91% of customers polled said they would prefer to buy from a car maker or their dealer, but 80% said they compare offers online before buying. It’s hard to ignore a massive discount, no matter how slick the dealer sales process.

Some manufacturers are rolling out the agency models with single cars. Volkswagen started its agency programme in Germany and Austria using the ID 3 electric hatchback and Ford has hinted that it will do the same thing when it starts selling its Mustang Mach-E electric SUV. 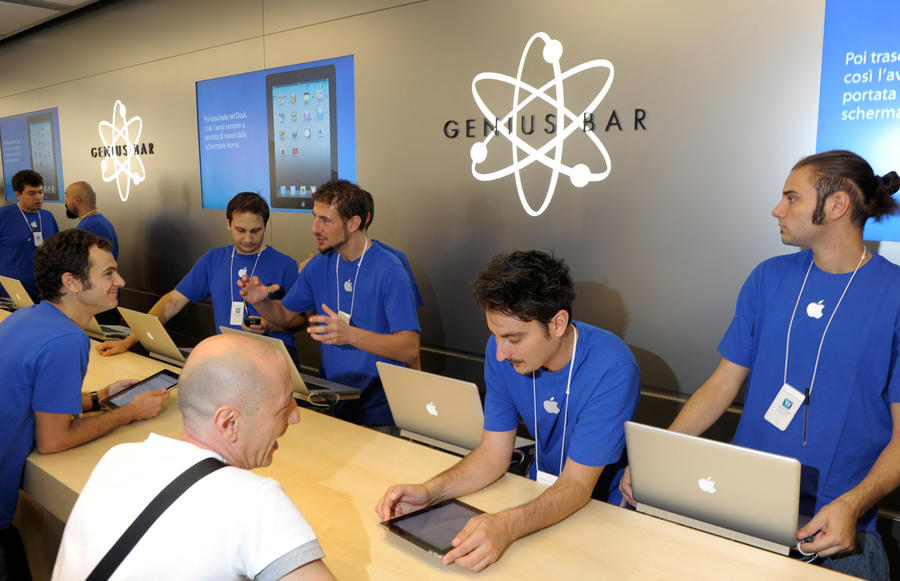 The idea is to mirror the more modern business set-up of electric car start-up companies like Tesla or tech firms like Apple, where salespeople are replaced with ‘product experts’ and there’s little or no high-pressure sell.

Volkswagen’s move to agency is part of a multi-billion-euro investment in software that promises to change the whole dynamic of the buying process. “The aim of the agency model is to promote the customer experience to a completely new level,” outgoing sales boss Jürgen Stackmann said in August.

Volkswagen customers will be encouraged to establish a profile (ID) on the company’s website or app, starting with the ordering process, and the goal is that everything will be handled within that online profile, from service reminders to wireless software updates for their car. It’s where they will also sign up to data packages for the connectivity and track orders from build to delivery. Any time they order a new upgrade or data package, their nominated dealer will get a cut of the revenue.

It’s one of the ways Volkswagen and its sibling brands hope to catch up with Tesla, which it sees as more than just an EV rival. “Tesla customers experience their car like a computer device, with updates every two weeks or so. This capability is something we don’t have yet,” said Volkswagen Group CEO Herbert Diess during a recent investors’ call.

The big change operationally in switching to agency is that the financial burden shifts massively to the manufacturer, which gets paid only when the car is bought, rather when it’s delivered to the dealer.

But the financial risk could be more than offset by savings, which, Accenture recently estimated, could add up to a 4% reduction in the cost of retail. The report suggests that in a full agency model, brands could hide list pricing and just focus on the monthly fee, especially for markets like the UK, where more than 80% of cars sold to private customers are financed in some way by the car maker’s captive finance company.

The price can still be manipulated by the car maker to shift stock, likely using shifts in the monthly figure. “There will be national offers out there, but the deal will be the same from one retailer to another,” said Gupta.

This pricing parity will help protect residuals, which are hurt by deep discounting, and so can theoretically help keep a lid on monthly figures by pushing up used prices, benefiting new car buyers. Gupta said: “The bizarre thing is that it’s in everyone’s interest that we’re not discounting products.”

I cant believe so many buyers are so 'limp wristed' when it comes to driving a deal these days....must have money to burn!

Yes it might superficially firm up residuals, but two points here:

1) Residuals will still be damaged by over-supply. Roughly there is 30 % oversupply globally, which no manufacturer or nation is prepared to address due to the number of auto-workers who would end up without jobs.

2) Nobody much cares about true residuals anymore due to the fact that they are all buying new cars on finance packages (PCP, Lease etc.) with manufacturer underwritten (artificial) final values.

The 'no pressure' selling (product experts) principle of retailing new vehicles is all very well in principle....but few brands (if any other than maybe Tesla) enjoy such brand loyalty as Apple, and sadly in the end most are all chasing the same slice of the market - again with a huge over supply problem, so shifting the metal is the name of the game, much though they would like the soft-touch illusion to be real. In short, you need to chase that deal or you will lose!

Finally, the manufacturers business model depends on the dealers paying for the cars even before arriving in stock.....the cashflow implications for a manufacturer are enormous, and with all the other financial implications currently - cost and time pressure of switching motive power, potential emission fines etc. there just isnt that kind of money in the pot!