The upcoming 2030 ban on new petrol and diesel cars will transform UK motoring on a scale never seen before. This story is part of a wider analysis of the challenges faced by consumers, government and the automotive industry, what needs to happen, and how such drastic changes can be achieved over the next decade.

Read the rest of this series here: Countdown to year zero - what needs to happen by 2030?

Will the cars of 2030 be very different in terms of styling?

They will be a step more modern but are unlikely to be deliberately challenging. Knowing that many buyers of 2030 will already be swallowing big changes in fuelling, powertrain specification and driving technique, car companies and their designers will be wary of frightening them further with off-the-wall designs or revolutionary models that don’t conform to conventional size classes. Take front grilles: today’s electric cars don’t need a huge frontal radiator any more, but when asked if he was planning to drop conventional grilles and long noses for future Jaguars, the marque’s forward-looking design boss, Julian Thomson, was reluctant to make that commitment.

Besides, with so much new technology to incorporate (and pay for), companies will be keen to use as much existing crash and structural knowhow as possible. Expect much better packaging, though. Cars like Jaguar’s trend-setting I-Pace and Volkswagen’s ID 3 already show the direction of travel: they look very modern and take advantage of unusual extra cabin space opportunities that simply weren’t available in the past, but they’re also designed to appeal to today’s car buyers.

What about mechanical layout?

That will be different. The compactness of electric motors allows more flexibility about where they’re mounted. Already we’re seeing moves away from the near-universal transverse front-wheel-drive layout of lower-priced ICE cars (the rear-drive BMW i3 is a good example). We’re also seeing 2WD and 4WD versions of very similar models (the Tesla Model 3, for instance) that are relatively close in price. As long as an electric model uses EV-specific architecture and isn’t straitjacketed to a previous ICE model, its creators will have much greater flexibility with mechanical layout, especially as better battery packaging develops. Trends will emerge, but at present there’s plenty of variety. 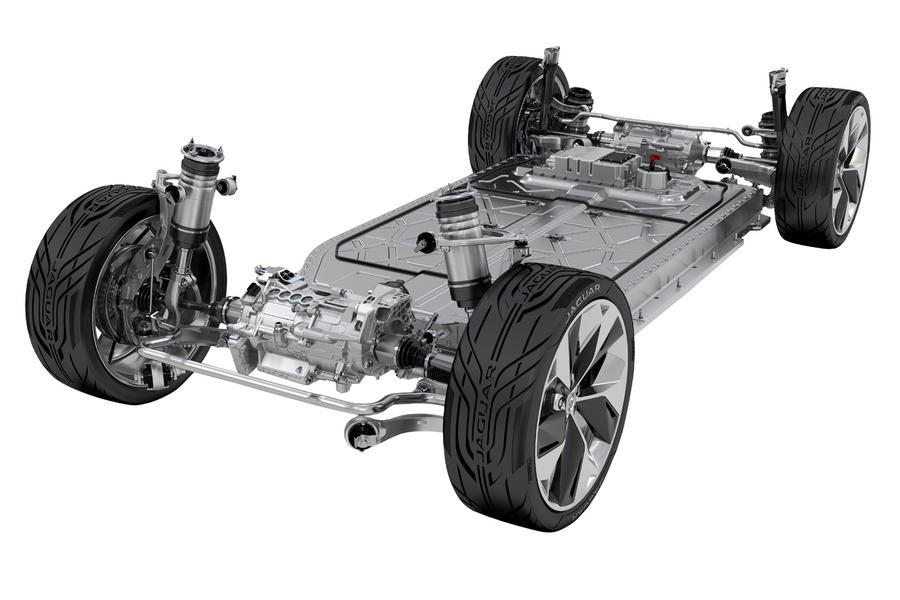 They will struggle in the next few years, although efficiency improvements promise progress soon. The first Bentley and Rolls-Royce EVs are due by 2025 and Jaguar has the electric XJ saloon ready to go now – provided it decides demand is sufficient to make a launch worthwhile. Bentley CEO Adrian Hallmark acknowledges some difficulties in the early years (he will meet most demands for electrified Bentleys with plug-in hybrid models permitted for another 14 years) but believes the promised progress with battery packaging and chemistry will reduce the difficulties to practical levels – and improvements in infrastructure will also greatly help. Big-car makers have been claiming progress with aerodynamics and weight-saving for years, but they’re likely to make even greater compromises in these areas over the next decade to deliver more dramatic results.

Will today's big cars get smaller, with smaller frontal areas?

Luxury car bosses don’t believe future buyers will want to compromise on size and space. They also may be limited in their ability to cut frontal areas much, because batteries for big cars will remain very large for several decades to come, and these normally fit below a car’s cabin floor, raising the whole thing and threatening to increase frontal area. Expect elaborate amounts of aerodynamics research, however; many engineers believe there are still important gains to be made in cars’ fundamental shapes. Active aero will become much more important, too: movable wings, splitters, diffusers, spoilers, air dams and gurney flaps will add cornering downforce (hence stability) but will retract when not needed.

How much better can, say, a Nissan Leaf be in nine years' time in terms of weight, range and efficiency?

The Leaf is exactly a decade old, so looking back helps us look forward. Original cars had 107bhp, a drag coefficient of 0.29Cd, weighed 1520kg with a 24kWh battery, could accelerate from 0-60mph in 9.9sec and had a battery range of around 120 miles. Today’s model is the same size, has the same drag factor and rides on the same wheelbase. With today’s biggest-available (62kWh) battery and 217bhp, the latest Leaf e+ weighs 120kg more (a modest amount, given its extra power and modern gadgetry), accelerates to 60mph in 6.6sec and has around double the original car’s battery range. 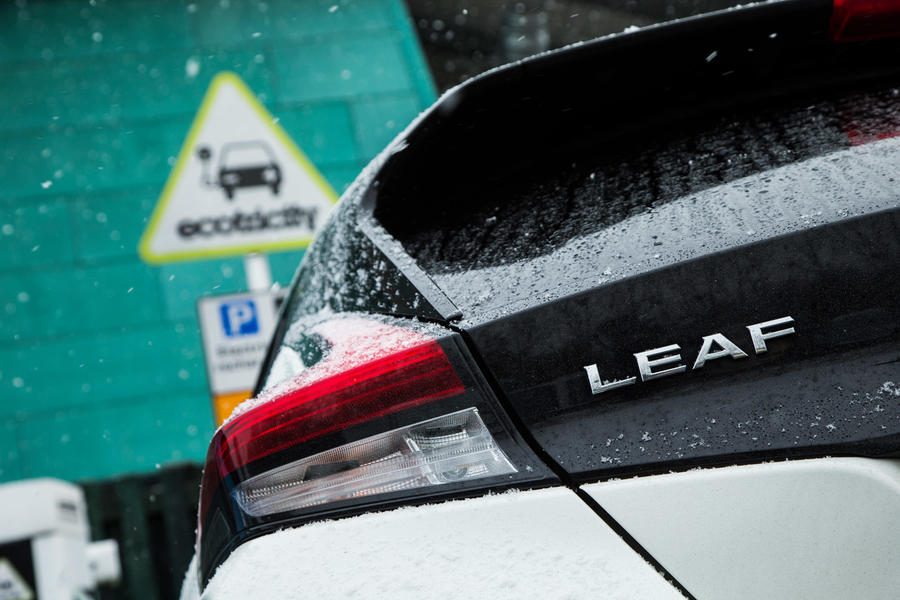 EV researchers say cars like the Leaf won’t make a similar stride in range over the next decade, because buyers are now relatively satisfied with a comfortable 200 miles and are more concerned with the paucity of EV infrastructure. Providing yet more range would add unwelcome battery weight and cost that the buyer is unlikely to want to bear. Already, the 40kWh version of today’s Leaf sells considerably better in the UK than the 62kWh headline-grabber.

Will today's EVs, be much use in 2030 or hopelessly primitive?

They will have exactly the same primary advantages as 2010 or 2030 electric cars – quietness, smoothness, ease of driving, cheap servicing and cheap fuelling – but battery degradation may become an issue. So far, batteries appear to decay in capacity somewhat less than expected. This has helped boost the residual values of second-hand EVs. The much-discussed idea of punctuating the countryside with battery banks made from time-expired EV batteries has so far failed to materialise – for lack of supply. Still, the innate shorter ranges of older cars may make them better for short-haul duties.

Will electrification mean shrinkage of the model ranges of 'full-line' brands like Ford?

This seems likely. Even before the ranges of full-line makers such as Audi and BMW began to be interspersed with electrified models, the companies were looking to reduce costs by dropping marginal models. It’s probable that post-2030-era, manufacturers will need to concentrate on mainstream cars for at least the first generation – before they can find the time and investment for, say, a Ford Focus RS EV.

Could makers leave the UK because they can't meet the targets?

That’s a realistic possibility. It all hangs on their ability to source batteries from gigafactories in Europe (most currently come from China or Korea) and ideally in the UK to avoid tariffs associated with tough, recently agreed local content rules. 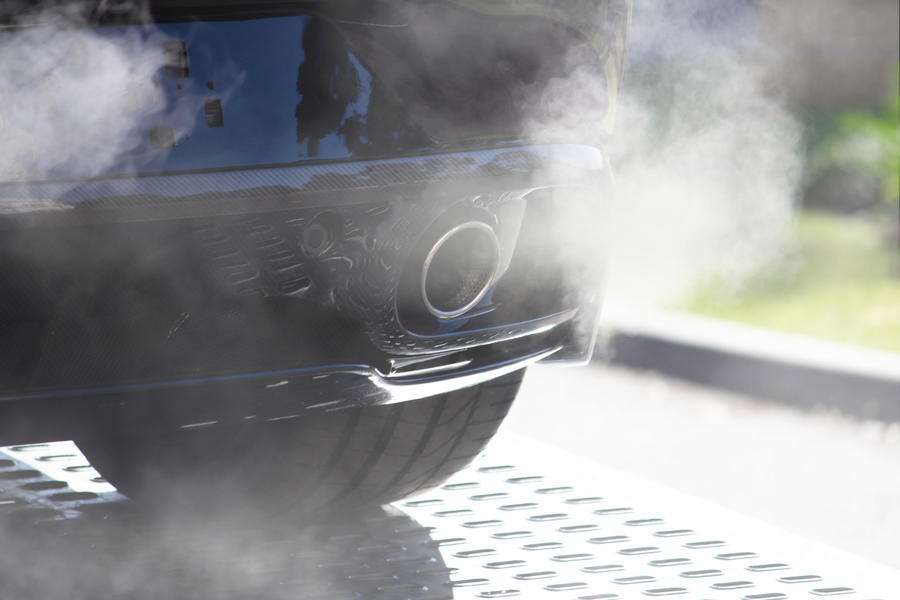 SMMT boss Mike Hawes says the UK currently has 2GW of battery production capacity (all supporting the Leaf in Sunderland) and would need around 60GW for production of a million EVs by 2030. The recently announced Britishvolt venture in Northumberland, which could be running in 2023, should raise capacity to 15GW. That means several more such projects are needed – and soon – to protect UK car manufacturing in the EV era. The SMMT says 120GW-plus would be needed for the two million-a-year manufacturing volume the UK industry had in its sights only about five years ago.

What will make cars feel special when all models are similarly fast, smooth and quiet?

The key will be the designers’ and engineers’ success at creating distinctiveness and desirability and conveying quality. There are already examples of success on the market.

The magnificent Porsche Taycan, considered by many to be the world’s finest electric car, shows how superb performance, fine driving factors, refinement, great styling, watch-like quality and a huge helping of road presence can make an electric car as desirable as any ICE equivalent. The surest route to success will be understanding how to build desirability. Meeting size, performance, mechanical layout and cost targets will be easy by comparison.

How long will petrol and diesel cars still be on our roads?

One rule of thumb is that by the time ICE cars are banned, two-thirds to three-quarters of the 40 million cars on UK roads will still be ICE-powered. It takes at least 20 years to renew the country’s car parc. But there are many new unknowns: will buyers refuse to buy electric until they have to or embrace the new rules by moving now, before their ICE trade-in collapses and (possibly) fossil fuel costs rise? Research among potential EV buyers says much depends on the progress of reliable infrastructure – a matter that’s surely more and more in the hands of the government.

How polluting are today's cars in the context of other transport types, such as ships and aircrafts?

This is a huge question. First of all, there are two kinds of pollution: CO2 and greenhouse gases, which contribute to the warming of the whole earth’s atmosphere, and toxic emissions, which are most concerning and damaging to health at point sources, such as inner London. On toxic emissions, electric cars are a dream solution in areas of highest pollution: they produce nothing harmful from a tailpipe at all. Talking CO2 and boiling down the myriad figures, it appears that UK ICE car emissions are responsible for about two-thirds of all CO2 from transportation, which itself accounts for around 30% of CO2 from all sources – industry, energy generation and home heating included. Thus ICE cars generate roughly 20% of all CO2.

However, if you throw the CO2 generation effects of EV battery manufacture into a car’s whole-life picture, (according to some critics) electric and ICE cars are much closer. One provocative study we’ve seen suggests a Tesla Model 3’s whole-life CO2 emissions, including battery manufacture, actually exceed those of a medium-spec Mercedes-Benz C-Class. However, the die seems to be cast: the UK government has taken a firm view and devised an overarching anti-ICE policy with 2030 as the cut-off. Many other countries seem poised to follow. The motor industry has accepted these directives and is radically changing its cars to comply.

Countdown to year zero: what needs to happen by 2030

To be honest, I don't care what they are like - they are not for me.

Luckily, there are enough cars around now to see me out.  Classics all the way.

WallMeerkat 3 February 2021
I'm not against EVs, I like the thought of a relatively simplistic rotational electric motor driving the wheels rather than the relatively complex (but refined over the decades) combustion engine my current car has.

I don't have hope for the future in terms of styling though, as with a tall floor to allow for batteries and motors, and the majority buying habits, everything is going to be a crossover. Just need to look at the American car market to see the direction we are heading, other than the Mustang Ford there won't sell you a non-SUV car.

I can only hope that some car manufacturers will be inspired by the Model S and build a large EV fastback that offers practicality without the SUV look. The question mark over the EV XJ isn't good though. At the very least, Polestar 2 style "halfway house" cars (a crossover crossover?...)

Nothing wrong in keeping a car for 9 years.  But I'd love to jump forward to 2035 when I'll certainly be in a decent EV that drives itself in boring traffic but hopefully still lets me drive on interesting roads (heck, I might not even own a car and just summon whatever vehicle I need at the time from my subscription service, 2 seater softop for sunny mornings and estate for the family camping trip etc)    I'll be curious to see how your 2021 ICE is going then.

mine is already 9 years old and running like a swiss watch.....it will be fine.

My previous car lasted16 years before changing and ran perfectly passing all MOT's with just routine servicing. Even the exhaust was original!